On to the post many have been waiting for; information on the custom splitter we made for the sedan. Dubbed the E-Glove splitter (after eglove, Mario’s screen name – often misread as it actually means EG Love), it was a quick and easy project that didn’t cost much. 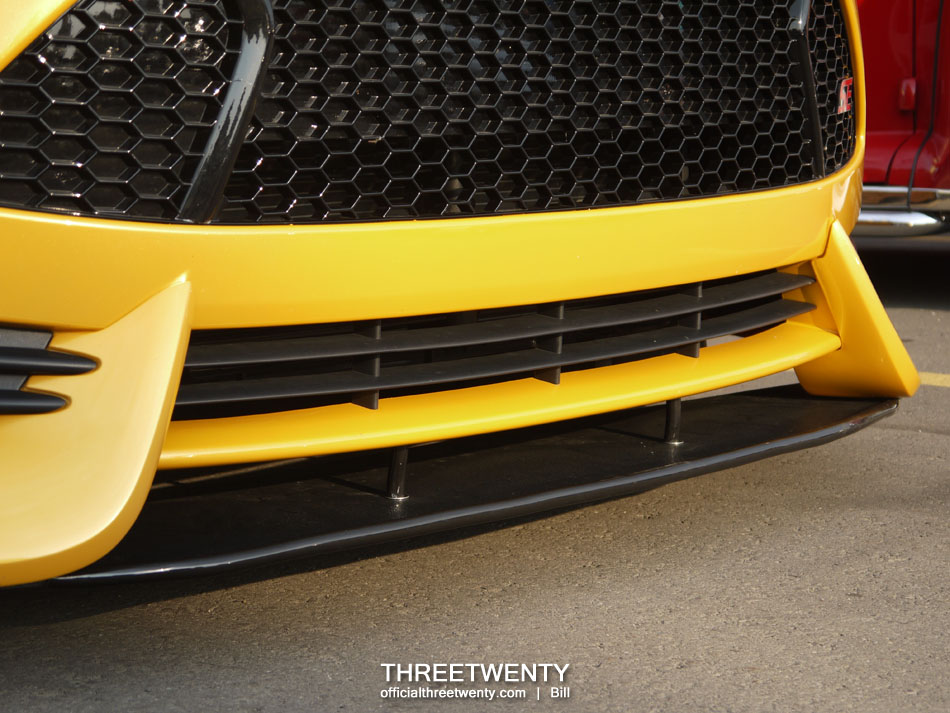 It’s a first version, likely to be replaced later on as we refine the design, but I’m more than happy with it. While it likely does nothing for aerodynamics (so calling it a splitter may be technically wrong), it does still serve a purpose. Aside from aesthetics (the Cup Spoilers look way better with it) it protects the fresh paint from devastating hazards like speed bumps. And inclines. Hashtag low car problems. It has already gained a few scratches underneath but that means it’s working – I’d much rather have this drag across something than the Cup Spoilers since there’s no paint to damage and it’s quick and easy to replace. 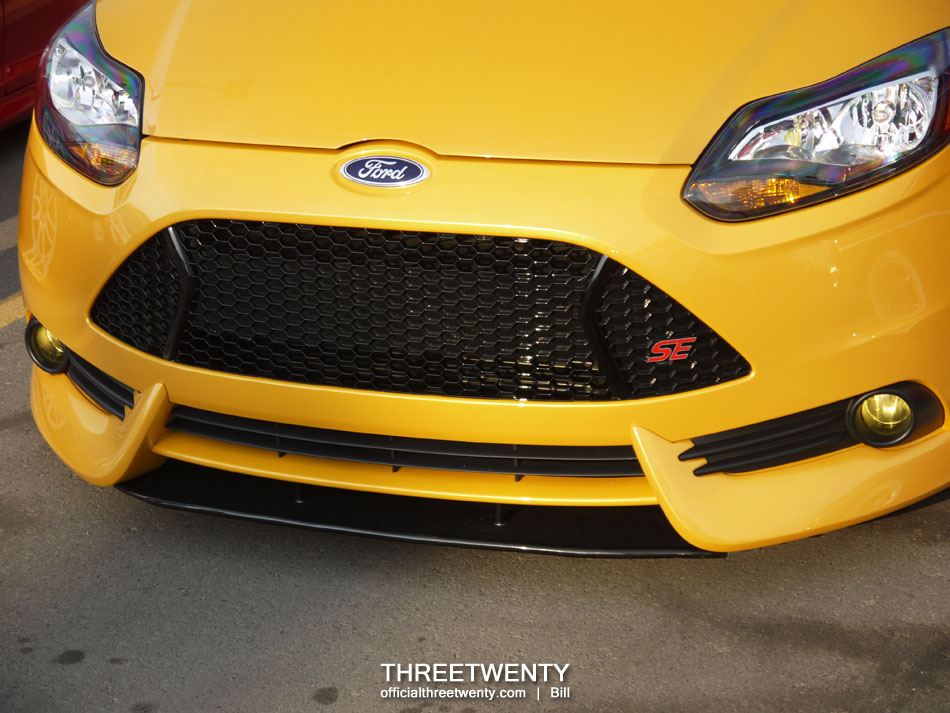 The piece itself is just ABS, and the exposed leading edge was covered in cut open rubber tubing to clean it up and make it look a little nicer. It’s mounted using four bolts (two into the bumper in existing holes and two into the cup spoilers) and the total project cost was maybe 20 or 25 dollars – not counting the scrap of ABS I already had. 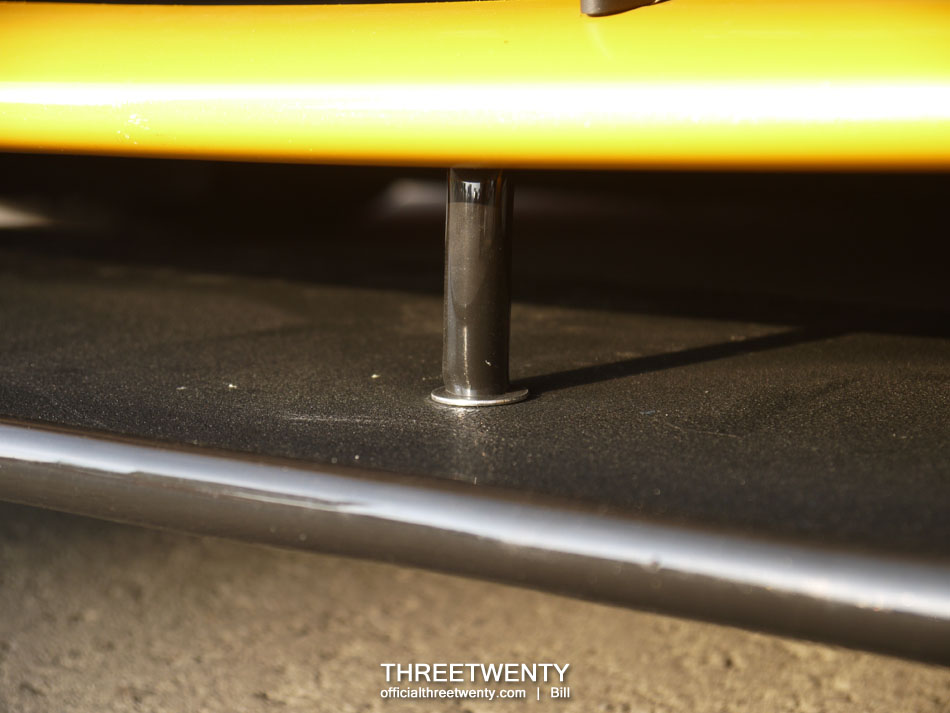 The same rubber tubing that was used on the edge was also used to cover the two exposed bolts, so that they wouldn’t be as noticeable. The washers still need to be painted black to blend in better, but as it is they aren’t too bad. 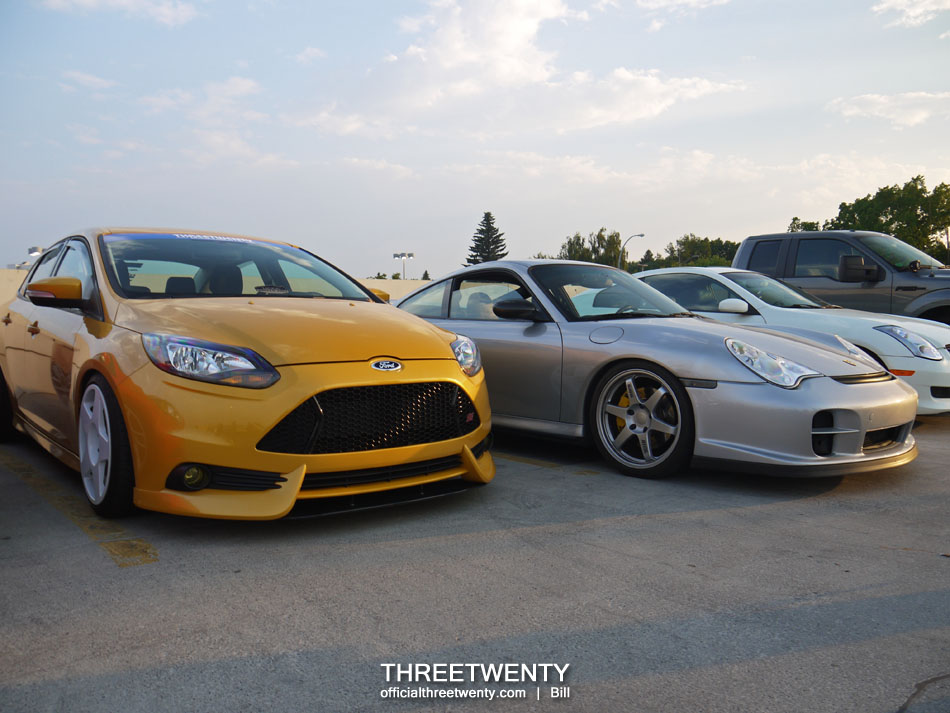 That’s all there is to it! Is it the highest quality or most refined “splitter” out there? No. Does it improve the looks of the car and protect the paint? Yes – and on the Focus that’s good enough for me. Especially for the money invested.