Today I want to carry on with updating the blog regarding the recent trip to the body shop the sedan had. As mentioned in the last post, with the new rear valance going in for paint it was the perfect time to drop off additional parts. It would be more efficient both in terms of time as well as money to have multiple pieces painted at once rather than make multiple trips with a single piece each time, so I went ahead and ordered from Rebel Devil another item for the rear of the car; 3D Carbon’s Pedestal wing.

Since the real STs have a more pronounced rear wing than the standard cars, it would follow that an ST sedan would also have something different as compared to standard models. From Ford the only options for a rear wing were the one I had or nothing at all, so aftermarket would have to be the solution. While this piece isn’t an OEM ST component, I feel it really helps the conversion by ‘making sense’ and adding a bit more aggression to the exterior of the car to better flow with the ST styling. The original wing is a very nice piece and one that I personally feel should be standard on these cars, but 3D Carbon’s offering really made a difference especially with the other visual modifications the sedan has.

When I ordered the new wing I had an idea of what it’d look like on the car but reference material was limited so I couldn’t be sure exactly. In the roughly 3 years this wing has been available I have only ever seen it fitted on one Mk3, which was the car used in 3D Carbon’s own photos. When I received it and saw it in person for the first time I found out its styling was not exactly what I had expected based on those photos but that’s not a negative comment at all. I merely noticed some details that I was previously unaware of and realized the top of the wing was at a steeper angle than I had imagined it would be. Upon placing it on the trunk to start to get a proper idea of how it’d look, I was very happy with my purchase.

When the new parts were being fitted, the wing was installed after the valance was already on the car. What really surprised us was how much of a difference it made! With the stock wing and new rear valance the car looked good, but upon switching to the new wing the whole package really came together and it looked right at home on the trunk. This is where the title comes from – the stock wing started to look really small whereas I feel the 3D Carbon part is just the right size and balances everything out.

I especially like how it’s not drastically different from the factory wing and looks like something Ford could have installed. Don’t get me wrong, I’m a fan of large aftermarket wings (i.e. Rocket Bunny, Voltex) but I also like modifications that don’t immediately jump out at you – ones that make people notice something is different but at the same time leave them wondering what exactly is different. This is one of those modifications.

For those wanting to know more, some shots from the body shop will be coming in their own post along with notes from the install. Since the valance was a brand-new piece and the wing was something I had not seen done before I wanted to share feedback on the test-fitting/painting/installing of the parts and I hope that other owners find it useful. As well there will also be more information on the other pieces that were part of the delivery to the body shop (There’s more? You betcha!). 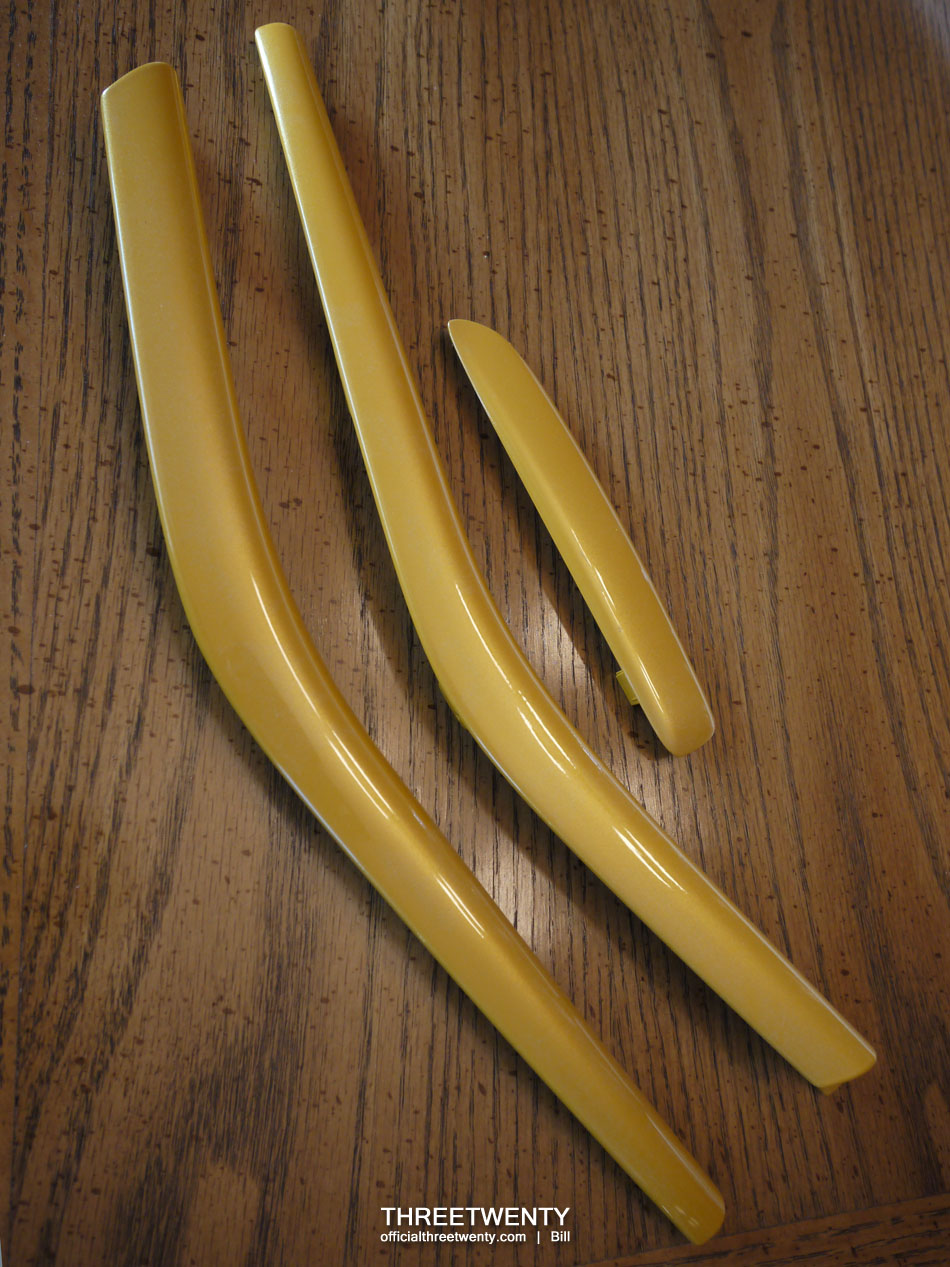 I like when a little of the exterior paint colour is brought into a car’s interior, so on top of the wing and valance some trim was also in the paint booth. Two front door trim pieces and an e-brake handle insert received paint and came out looking amazing….

…but some of you may be a bit confused at this point. Didn’t the sedan already have its door trim painted? Well as a matter of fact it did, so what are these for then? Well, on top of the work that went into the sedan there was one more change which I hadn’t yet shared on the blog….something with 5 doors. What’s better than a Focus?