McLarens in the cover photo must be a good sign, right? You bet! The front hall did have some expensive and high-end vehicles but the back hall – where the coverage moves to now – housed brands like Ferrari, Aston Martin, and Jaguar.

The downside was that a large number of the vehicles here were roped off and/or locked, but that was of course expected. Regardless it was an opportunity to see some amazing machines (somewhat) up close including the new M4 GTS and NSX – photos of both of those will be in Part 4 incidentally. For today, I hope you enjoy the first half of the second hall, starting things off with Lamborghini.

This trio of Lambos was on hand to welcome visitors to the back hall, and not surprisingly it also caused a bit of a traffic jam. Not only was there a Huracan Spyder (blue), but the red example was the new RWD version. 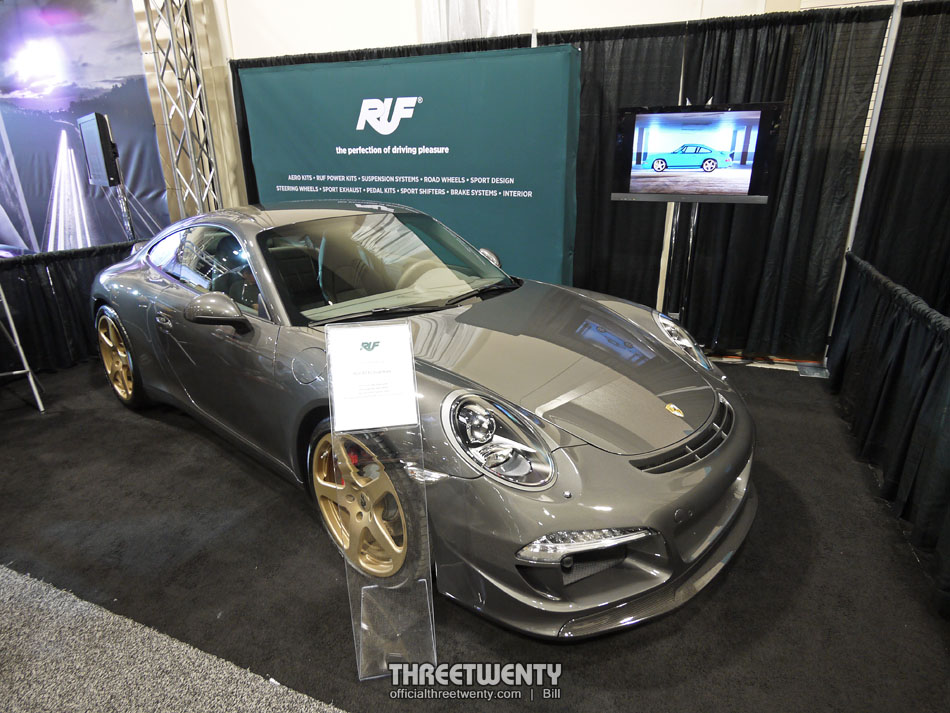 Ruf had a small display opposite the Lambos – very small, in fact. This was it! 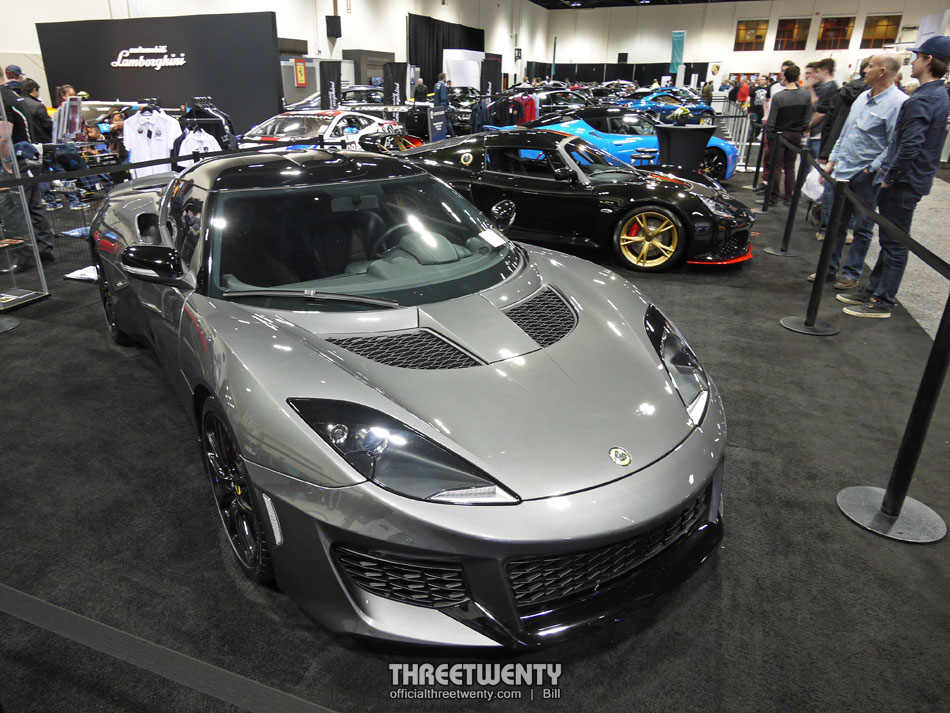 This Exige was a limited edition called the LF1 which was designed to pay homage to Lotus’ Formula 1 cars. Apparently there are only 81 of these so it was a rather special sight. 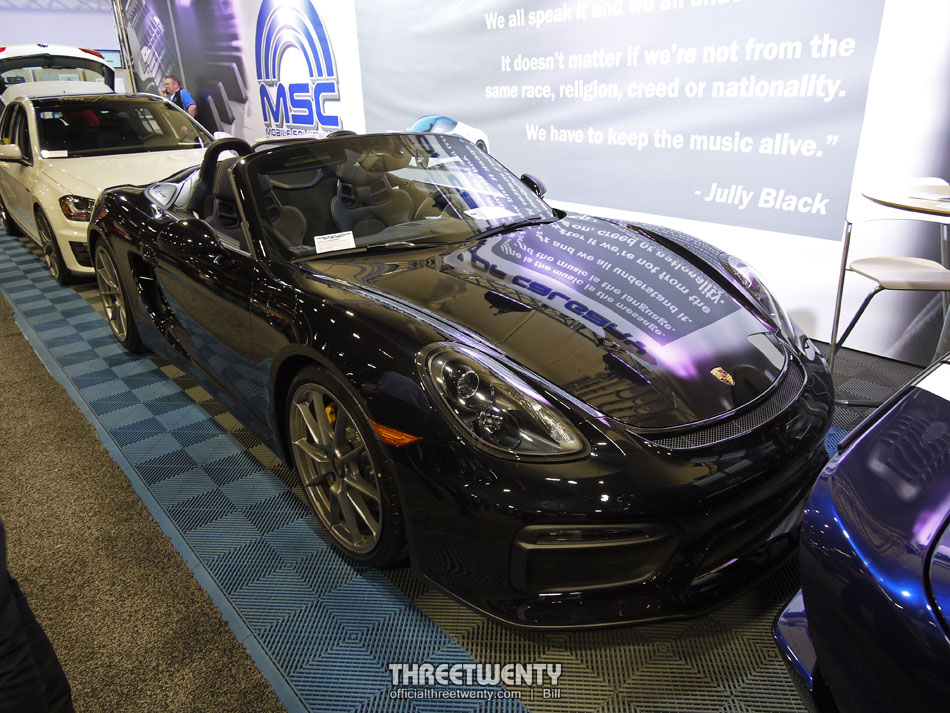 This Boxster Spyder and GTI weren’t part of the new-car side of the show but were rather on display for a vendor. They were definitely photo-worthy though!

Lexus’ LF-C2 concept was hard to miss for many reasons, so it certainly attracted plenty of attention. I don’t even know how long I stood there staring at it but I was quite happy to spend my time taking in as many little details as I could.

That grille though – it’s so intricate!

Talking with friends following the show, opinions about this were rather mixed. Wheels aside I personally liked it a lot. I admire Lexus for the increasingly bold and in-your-face designs they’re putting out.

It seems they were also being bold with paint too. This RC-F was finished in what was definitely the strangest colour of any vehicle at the show. It wasn’t quite orange, wasn’t quite pink. I think the best way to describe it is ‘Salmon-coloured’.

Opinion-splitting styling, and colours too!

There were also more traditional and restrained colours on display, though the blue on this GS-F was quite vibrant still.

It was open so I made sure to hop in. I then learned that the GS-F has what is probably the world’s least useful analogue speedometer. Zero to illegal in about 90 degrees. 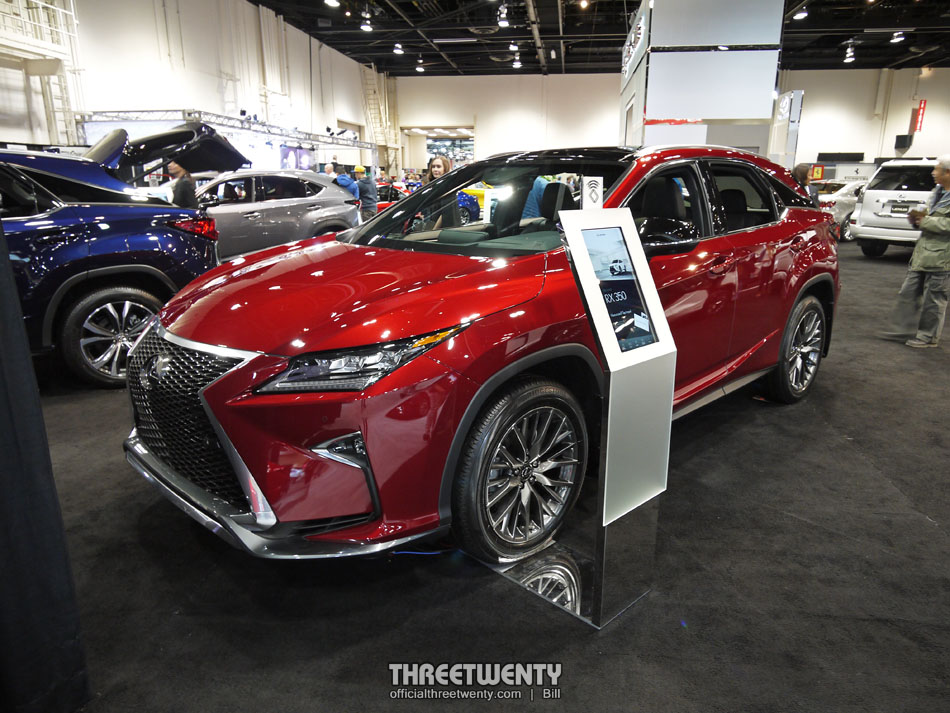 So much want. From a styling standpoint the new RX 350 has to be my favourite SUV on sale today.

Alex (Lauper, not Leslie) had asked me to grab some photos of this modified TLX in the Acura display. I happily obliged.

The details – not a long mod list, but effective. 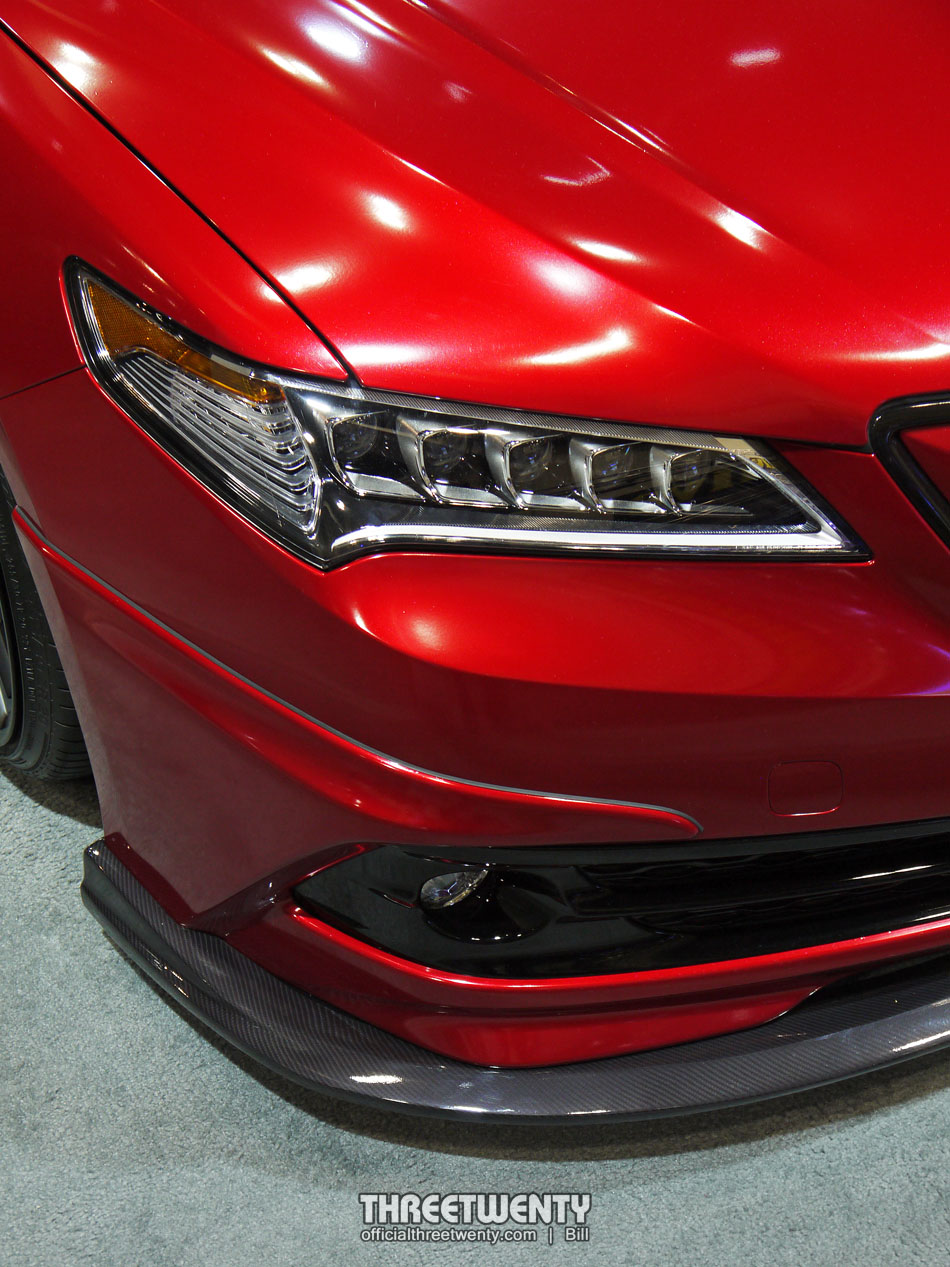 The contrast between the True Blood vinyl and carbon fiber trim was really rather nice and I think the colour suited the car well. Hey Alex? I’m grabbing some of this vinyl and we’re wrapping your TL in it. Cool? Cool. 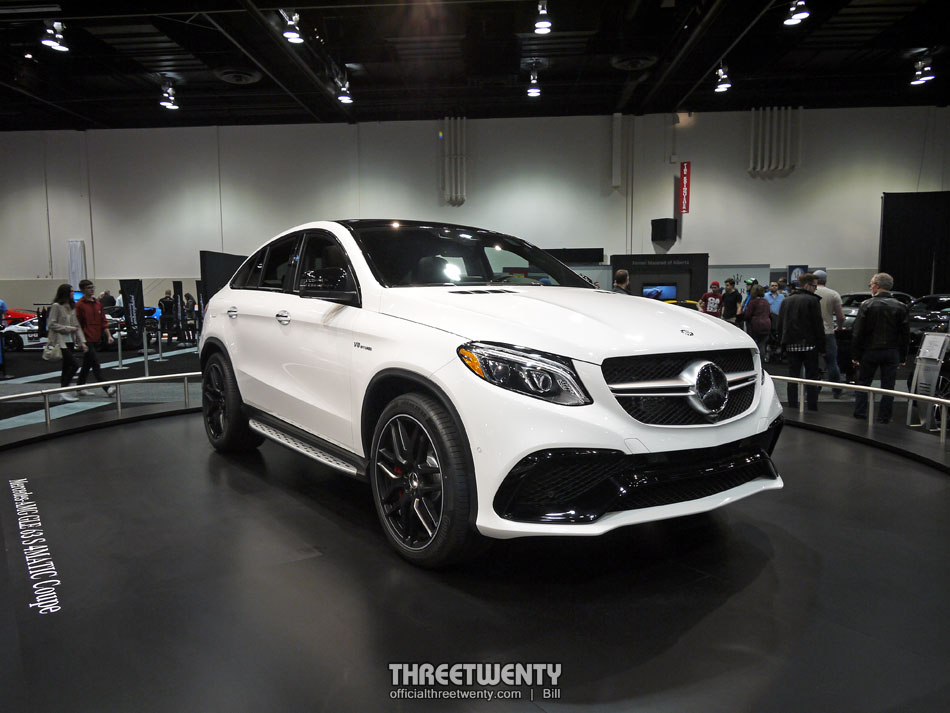 When the name of the vehicle written out is almost as long as the vehicle itself, you have an issue. Haha. I get that automakers are always trying to find and capitalize on the next niche, but I’ll admit I don’t understand category into which the Mercedes-AMG GLE 63 S 4Matic CoupethatisreallyanSUVbutlesspracticalthananormalversion falls. 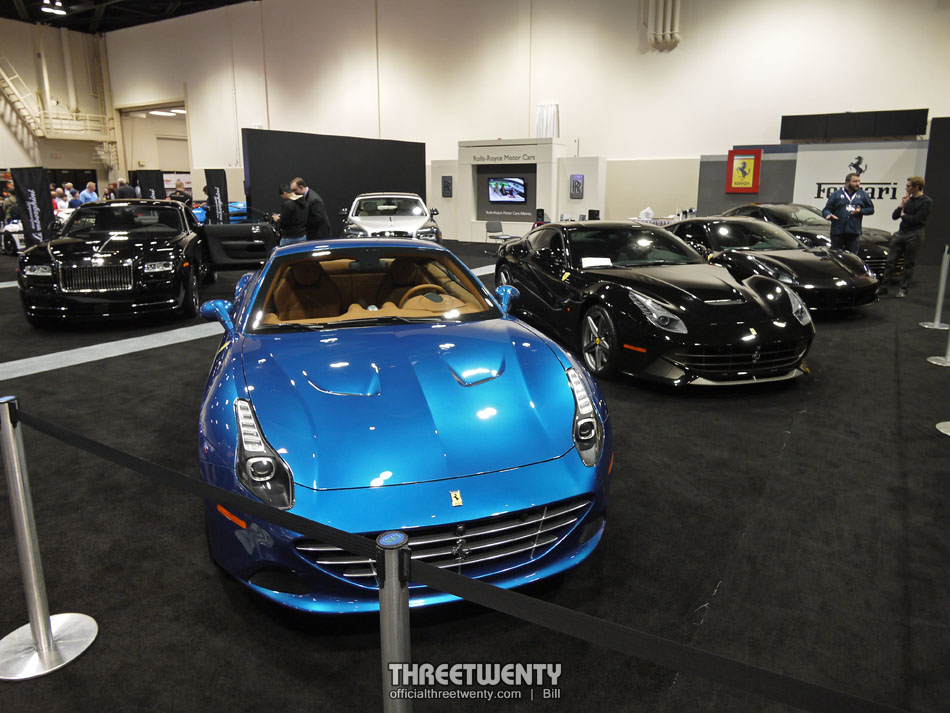 More than you can afford pal.* 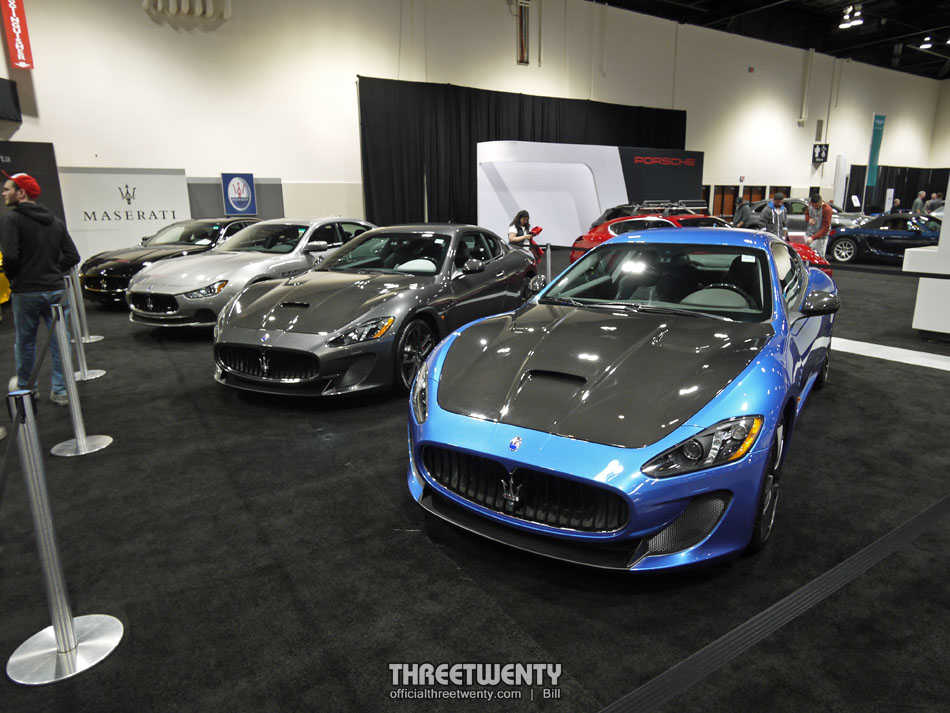 I don’t have a Fast and Furious reference for this side, though there was a pair of Ghiblis… 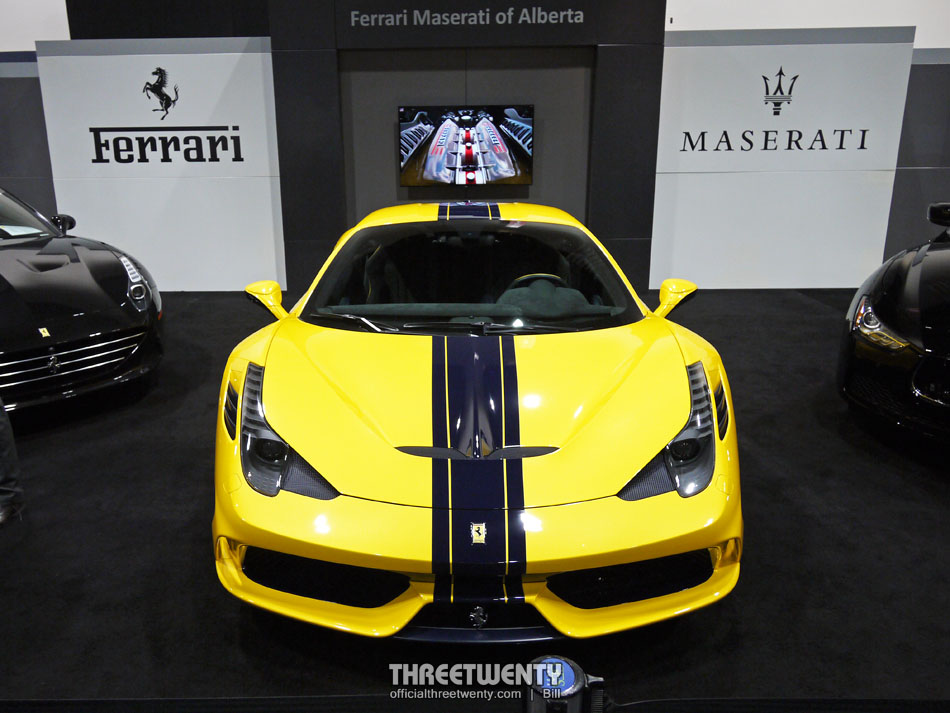 The star of this stand was undoubtedly this yellow 458 Speciale. Lots of cameras were focused on it. 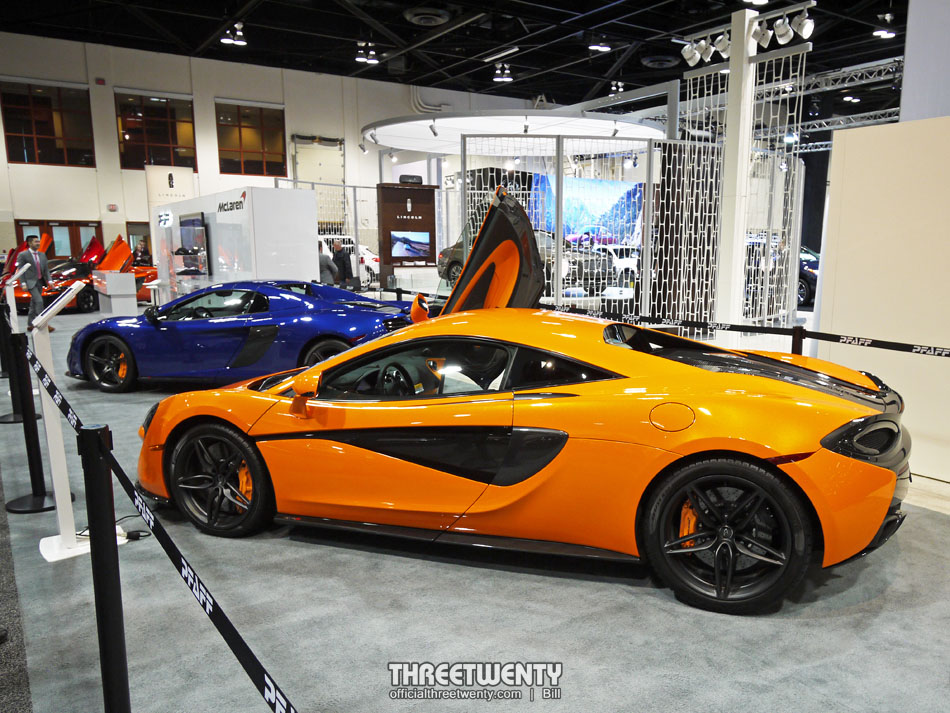 A few McLarens had been brought out including the new baby, the 570S. I really (really, really) want to see a 675LT at some point – hopefully one winds up in Calgary if there isn’t already one here. 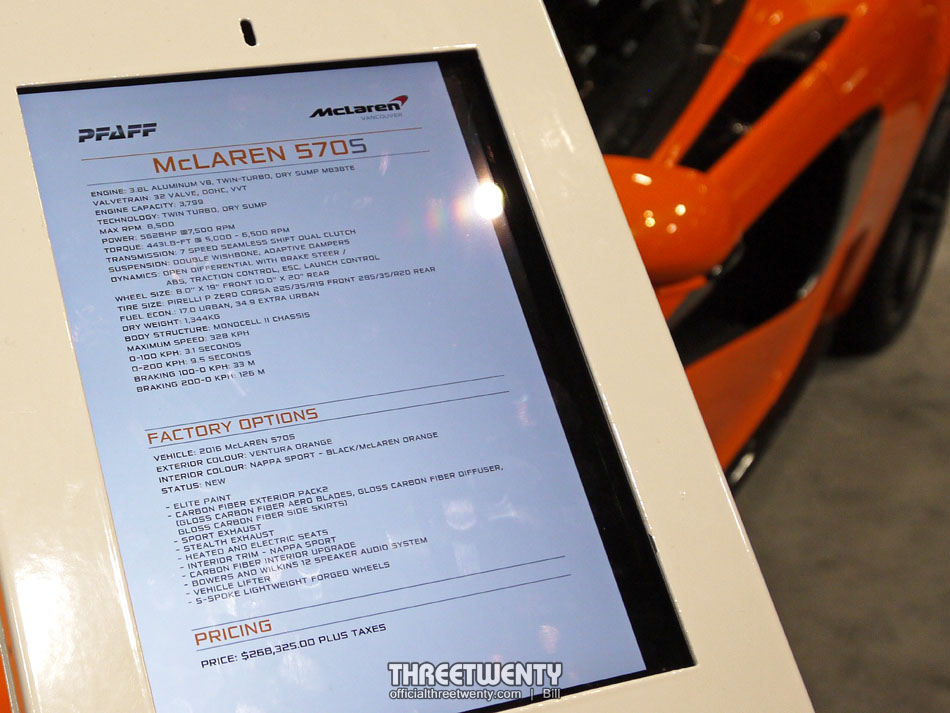 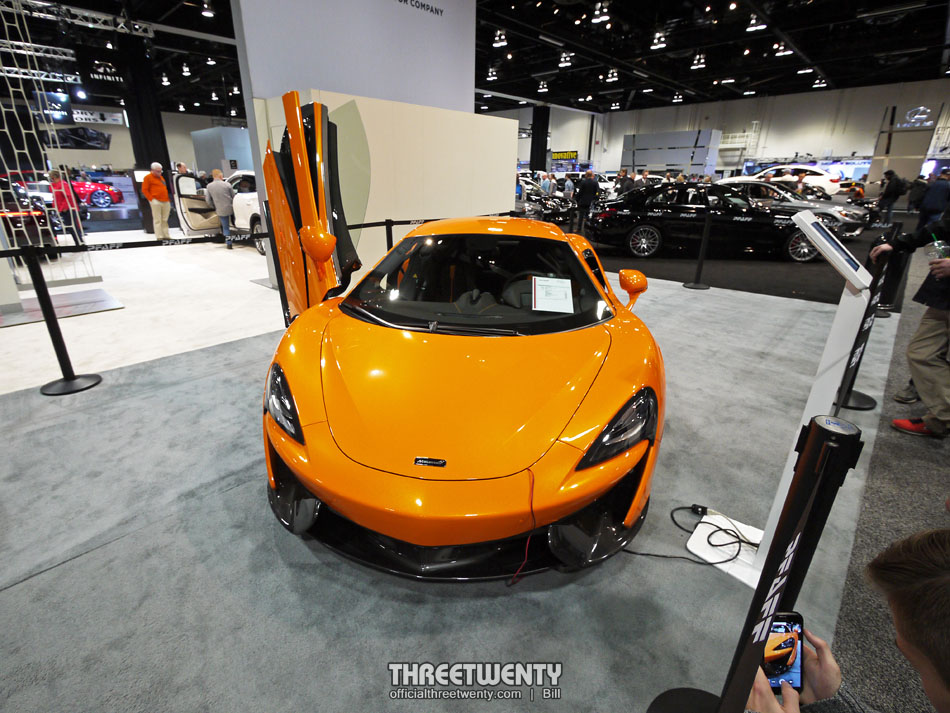 It’s a shame that power cord had to be right there. Haha 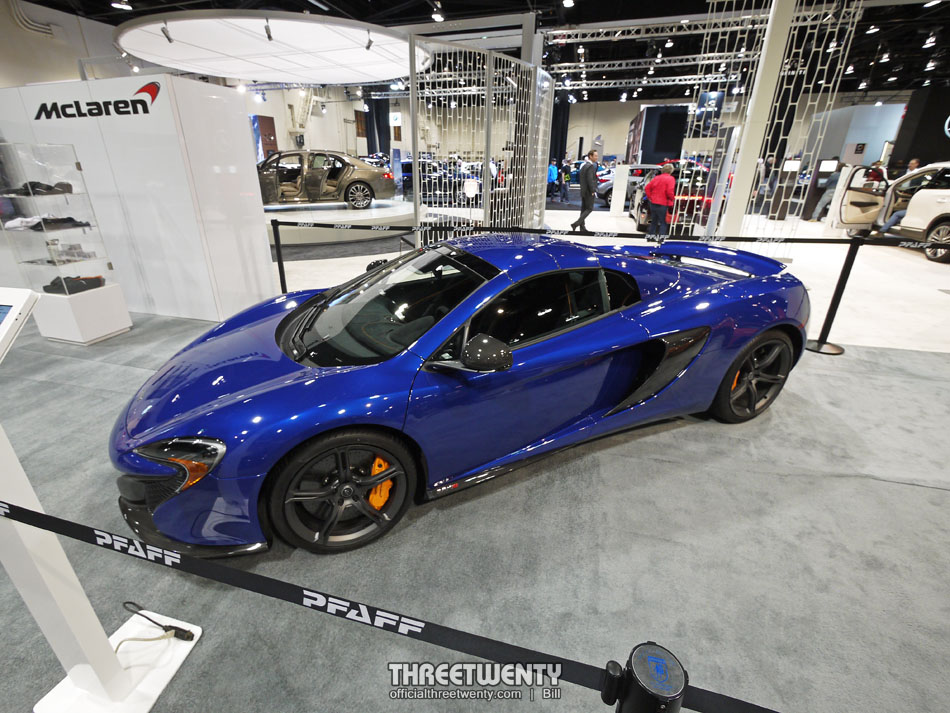 I rather liked colour combo on this 650S. The orange calipers tied in to the orange stitching and piping inside. 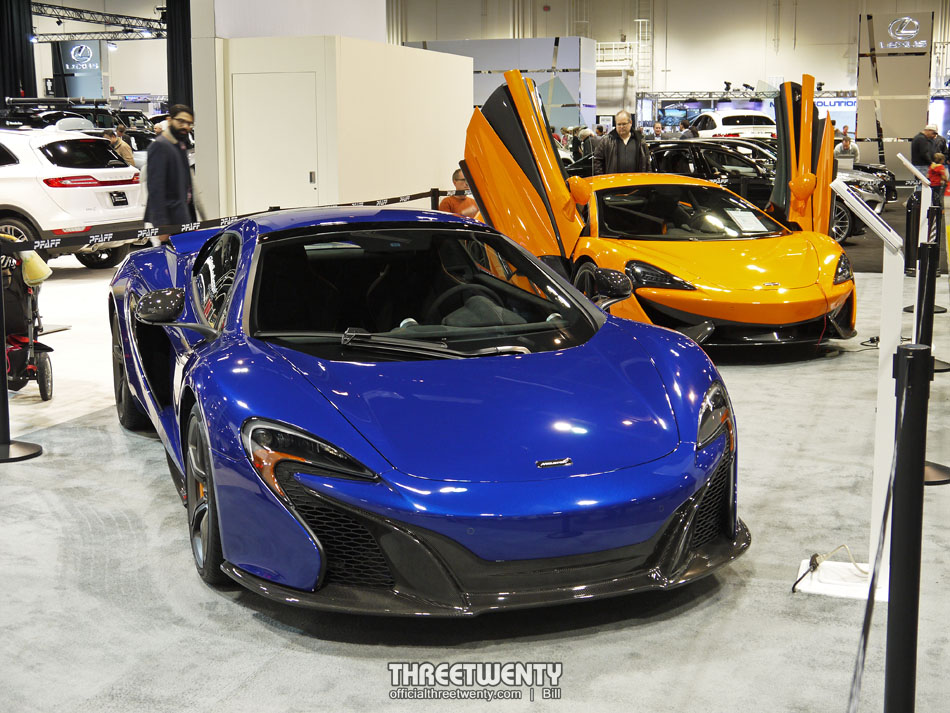 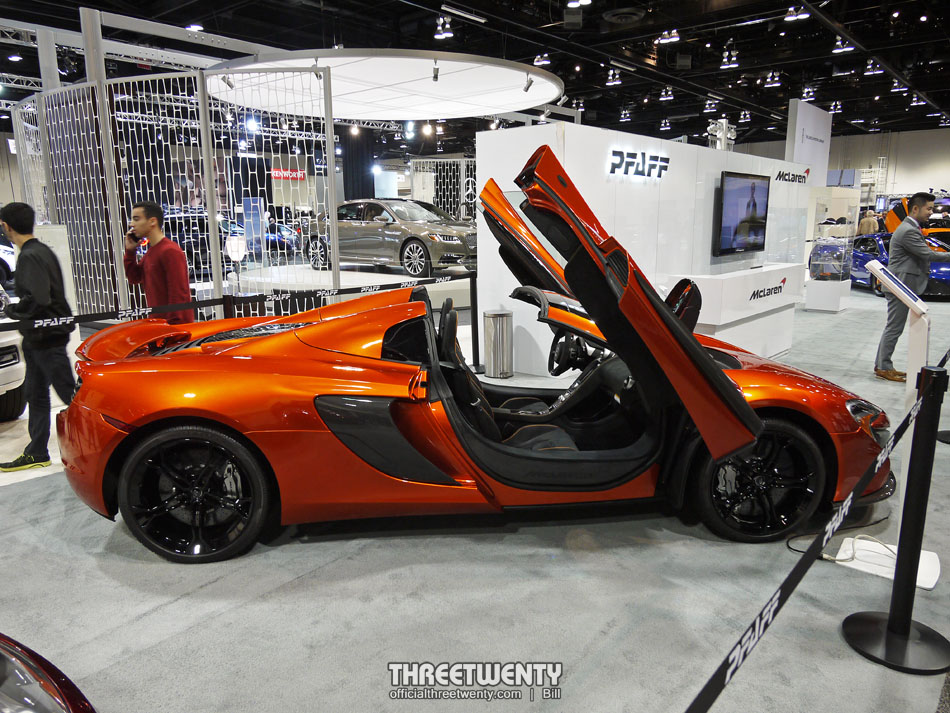 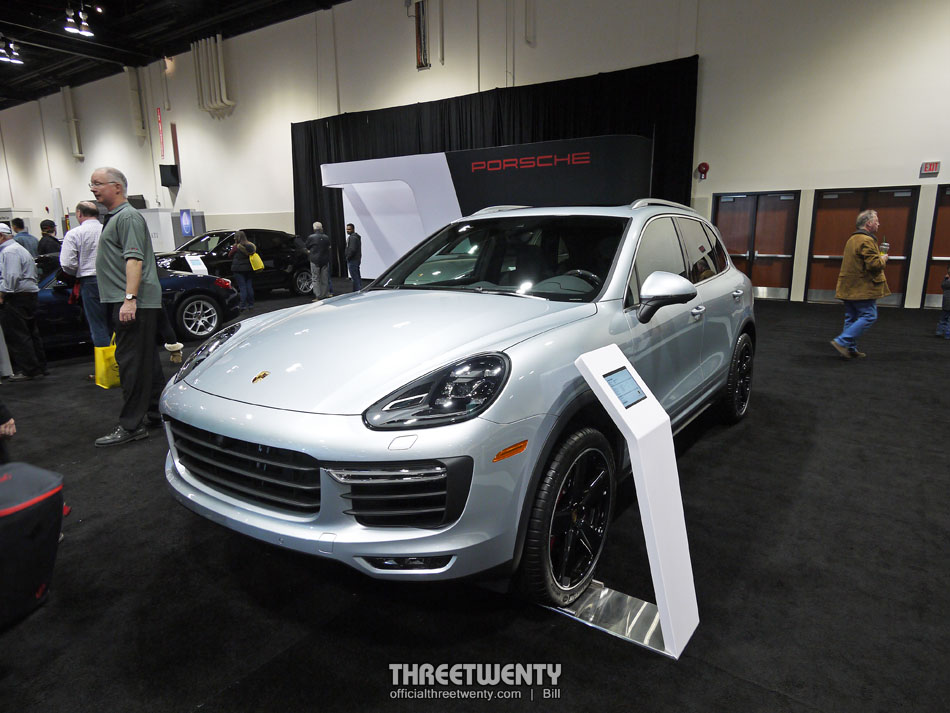 Like Subaru, photo coverage of Porsche is extremely limited due to people blocking most of the vehicles. Sorry!

Do a couple of photos of Aston Martins make up for that? Hopefully. If not, as always complaints can be sent to me via the contact page. Haha.

I hope that everyone has been enjoying the auto show coverage! The fourth and final part will follow soon, starting off with Lincoln and what I thought was one of the most impressive cars of the show, the new Continental. Once this has been wrapped up I have something rather special to share, for which I need to extend a big thank you to Josh Sivadas. He has provided me with some photos from his trip to Japan which I think many will find interesting…but I’m getting ahead of myself.