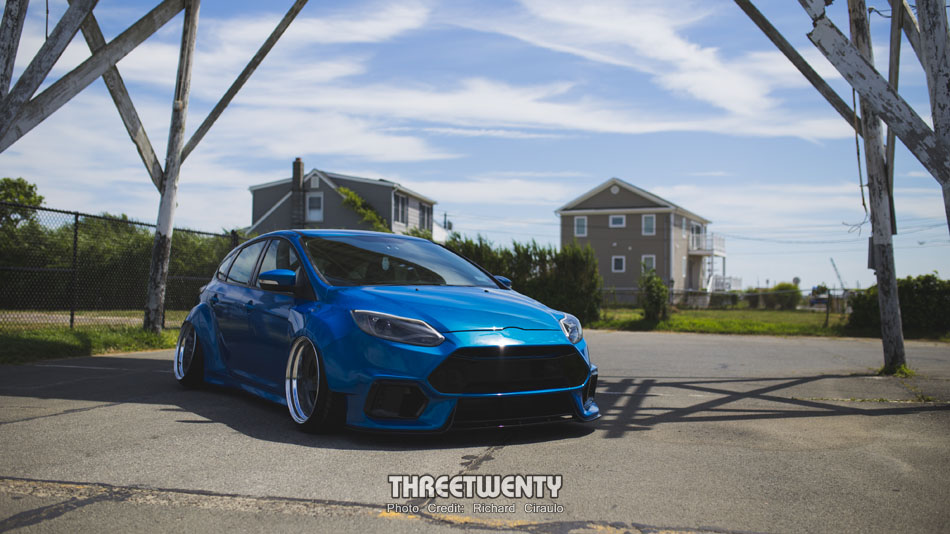 When it comes to modifying cars, everyone has different opinions of what’s ‘right’ and ‘wrong’. Quite often there is a lot of hate surrounding one specific change, and that would be widebodies. Looking beyond individual preferences for style, just the thought of cutting up a car in general upsets many it seems due to the fact that it’s a rather serious undertaking and typically cannot be undone – which is understandable. Sometimes though, an owner’s vision for his or her car requires that commitment. Richard Ciraulo is one such enthusiast whose plans required that his little blue hatch would have to go away for a relatively long-term sleepover at the bodyshop. After it had though, the results of the long hours were a Mk3 unlike any other, and a Mk3 exactly the way Richard wanted it.

What you see here is a completely one-off, all-metal widebody that is a whopping 6 inches wider – on each side! That’s right, this Mk3 hatch is a complete foot wider thanks to the custom metal work at each corner, but the changes didn’t stop there. While it’s the first thing to grab your eye, there are more modifications to be found as you look further. 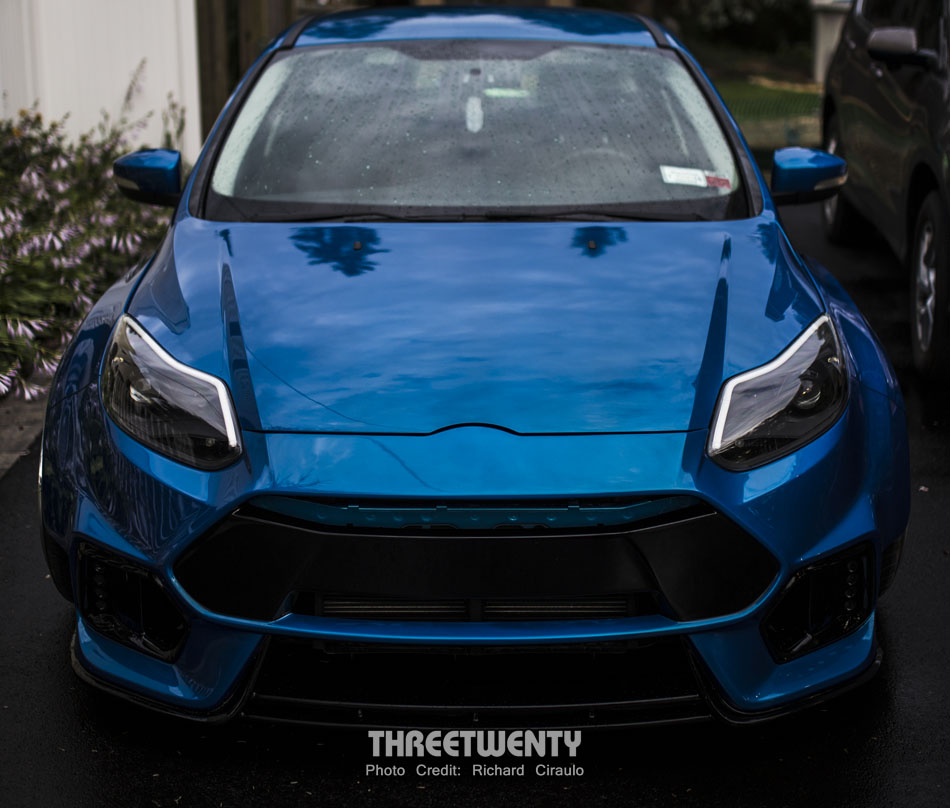 The next most apparent update would likely be the Maxton RS-style front bumper. It’s an offering that I’ve seen a few Mk3s wear now as a way to bring some RS styling to the pre-facelift cars; since the RS is a Mk3.5, the bumper won’t fit 2012-14 models such as Richard’s without replacing additional components, including the hood and headlights. 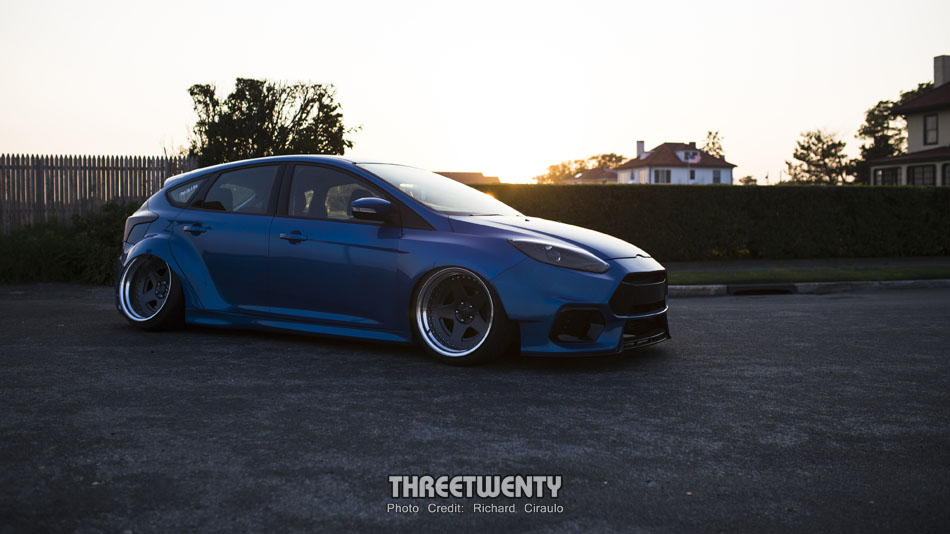 Moving around to the rest of the car, the standard textured side skirts and rear valance were also replaced to allow the body’s colour to be brought down further on the sides and rear of the vehicle. Richard added some OEM+ touches here with ST side skirts and a Zetec rear valance; and the gloss black accents of the latter tie in nicely to those of the Maxton bumper. Since most of the car would need repainting following all of this bodywork anyway they took the chance to respray the entire vehicle in a fresh coat of the OEM Candy Blue Metallic, which really helps show off the various body lines with the way it reacts to the light. 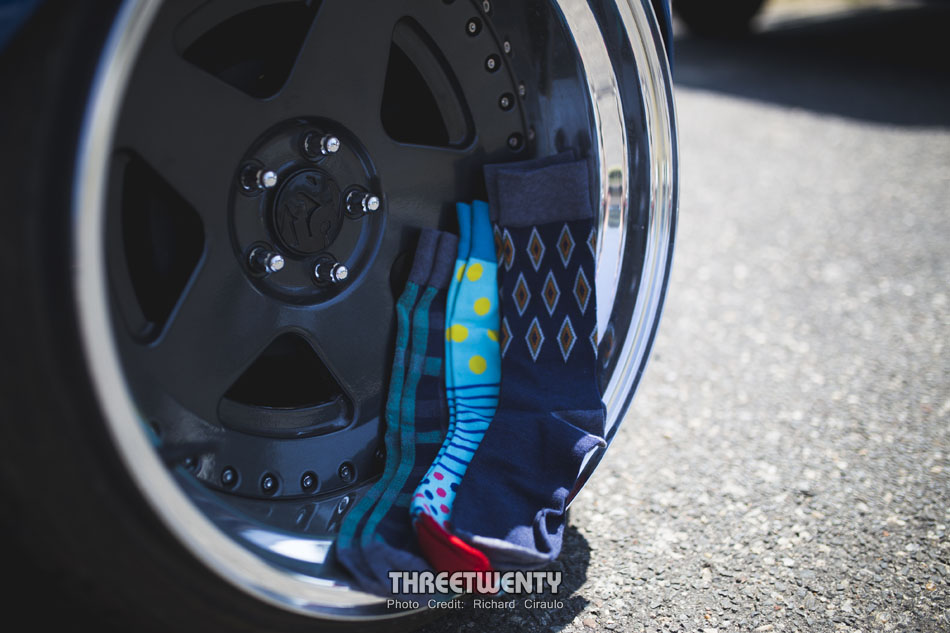 Shifting our attention off of the body’s modifications now, you’ve surely noticed those rather massive wheels stuffed under the car; the Focus sits on a set of fifteen52 Tarmac TRs measuring in at a staggered (and staggering) 19×10.5 front and 19×12 rear! A full air suspension by Air Lift Performance tucks those wheels into the widened arches at events but also lets Richard keep them a safe distance apart while driving.

The hatch’s lighting was also addressed with custom headlights by Circuit Demon, while LED tail lights update the illumination at the other end. Inside, a pair of Braum Elite Series seats can be found. 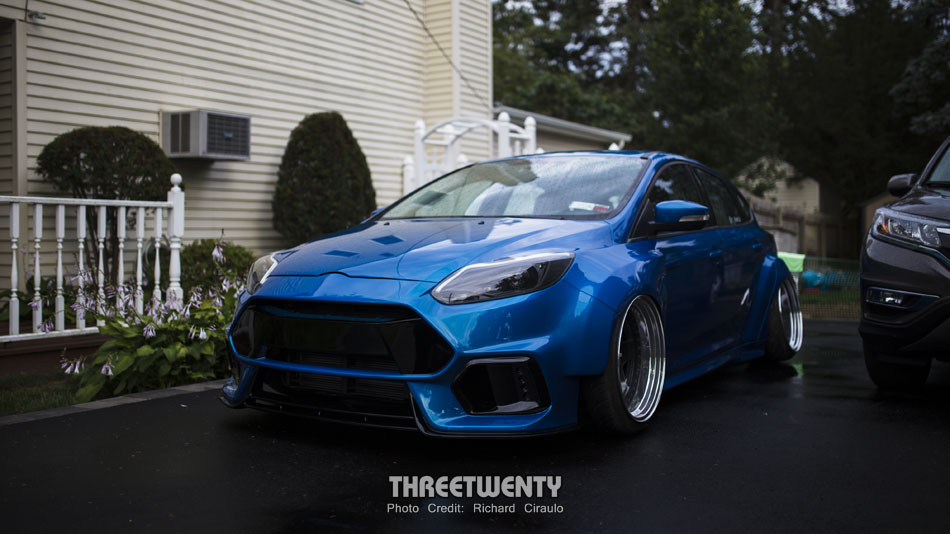 Along with having something he can enjoy every day as a result, the work that went into the blue hatch hasn’t gone unnoticed by show judges. Richard happened to enter the Focus in Wekfest East earlier this year and took home their Best Craftsmanship award, which is an incredible achievement if you understand the level of vehicles that make up Wekfest events! It even caught the eye of Joey Lee and wound up in his coverage of the event on The Chronicles. 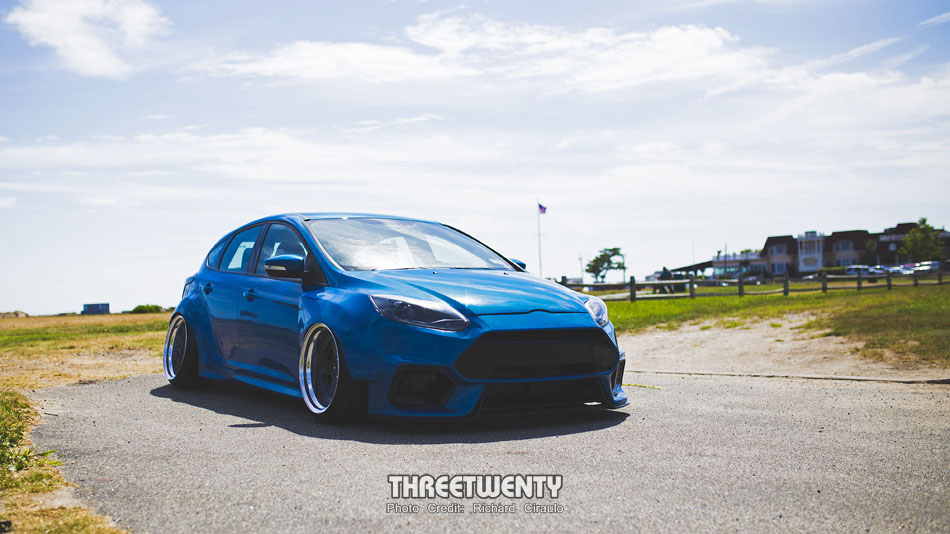 For the closing of this feature, I asked Richard if he had anything he’d like to add, or say about the car. This was his response:

“The Focus isn’t the fastest or the best looking car out there. Hell, when I got mine there was almost no available plug-n-play mods. So it takes someone who has passion. Wants to do something different. That’s why I modded the car the way I did. No one else has done what I have to this car. I’m not trying to boast about it. But hey, it’s a cool feeling. People love it. They also hate it. All that matters is I get to go outside and see it every day. And it brings joy to me.”

That last part is very important – at the end of the day you have to live with your car so make it what you want and make it match your vision. I’m sure that someone somewhere will see the car and wonder what Richard was thinking when he let it get sliced, but the reality is that he was merely doing what was necessary to turn what he pictured in his head into a reality and turn his car into exactly what he wanted…

…and every day he’s reminded that it was the right decision.