As some of you may recall, last year (a year ago Thursday as it happens) I introduced on the blog Balance Auto’s Integra Type R project.  It had been picked up with the plan being to turn it into a Time Attack car and being an Integra it immediately caught my attention. I asked Jackie if I could stop by the shop periodically and photograph its progress to which he agreed, and from there it was occasionally seen on the site as work was carried out. 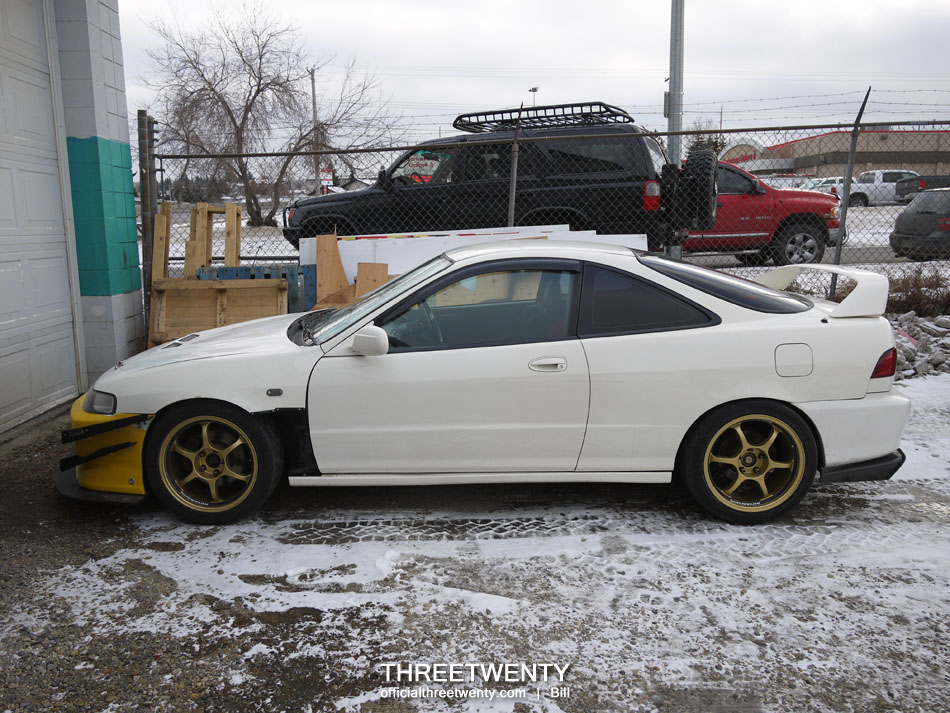 Being that Balance had customers to look after of course, the ITR was only worked on when time allowed and because of this, after a few updates it then wasn’t seen for a while as it sat in wait. 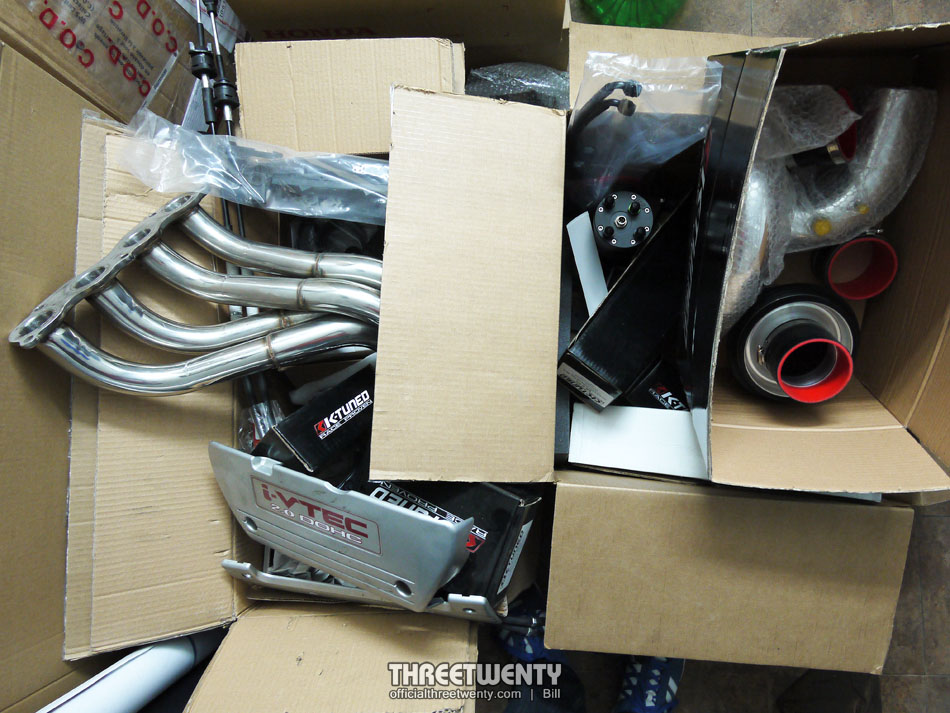 As the year carried on many of us suddenly found ourselves with Sunday School fast approaching and cars that were supposed to be completed that…weren’t. We all went into overdrive to finish up our projects in time for the show and that meant that I unfortunately couldn’t be present to document the final assembly of the ITR. We were all locked away in our respective garages and workshops and at the same time that the ITR was being assembled, so was my Focus. 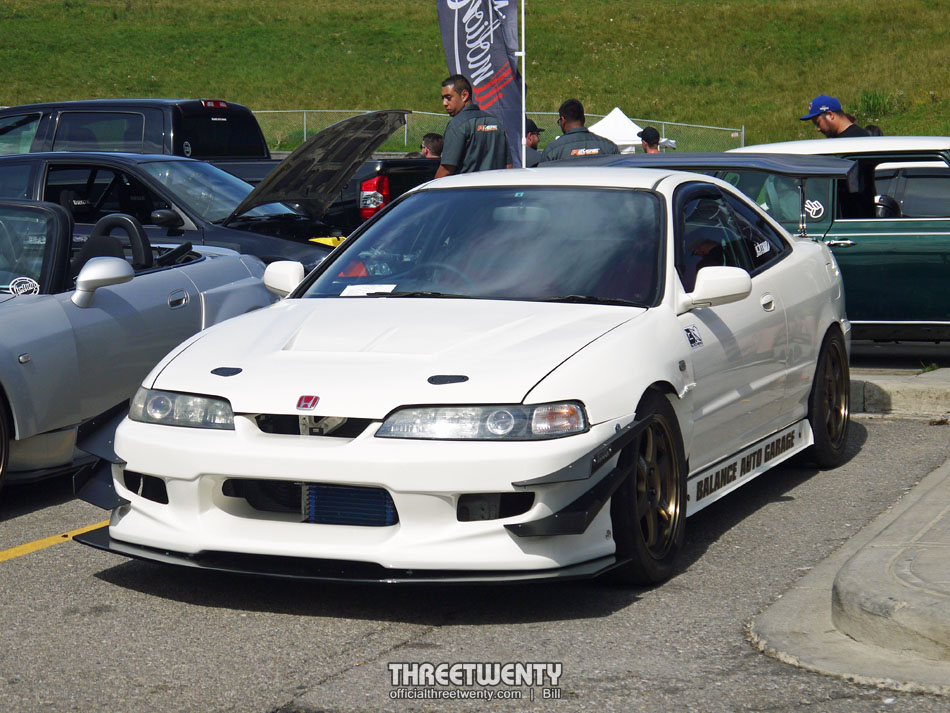 The deadlines were met and the ITR was one of the cars that debuted at Sunday School this year, alongside my Focus, Josh’s EG Civic, Mario’s Fiesta, and others. I was super excited to see the ITR in one piece but a little sad that I unfortunately had to miss out on the final assembly of it, and miss the opportunity to document it for all of you. 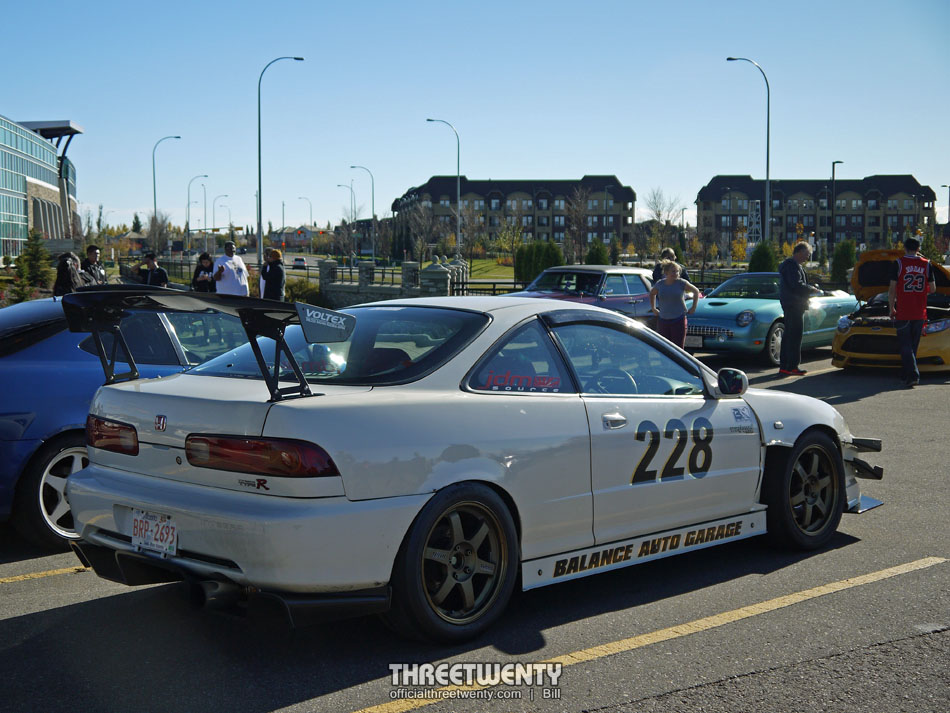 For the rest of the season the ITR was used and enjoyed and was occasionally seen in coverage of local meets. It had actually been the plan that I would tag along to the final track day of the season with Jackie and the guys to both see and film it in action, but unfortunately poor weather led to the event being cancelled at the last minute. That was the weekend of the Edmonton closer and as shown in my quick coverage of that, there was a decent bit of snow flying around which wouldn’t have mixed well with track tires. Track day photos would have to wait… 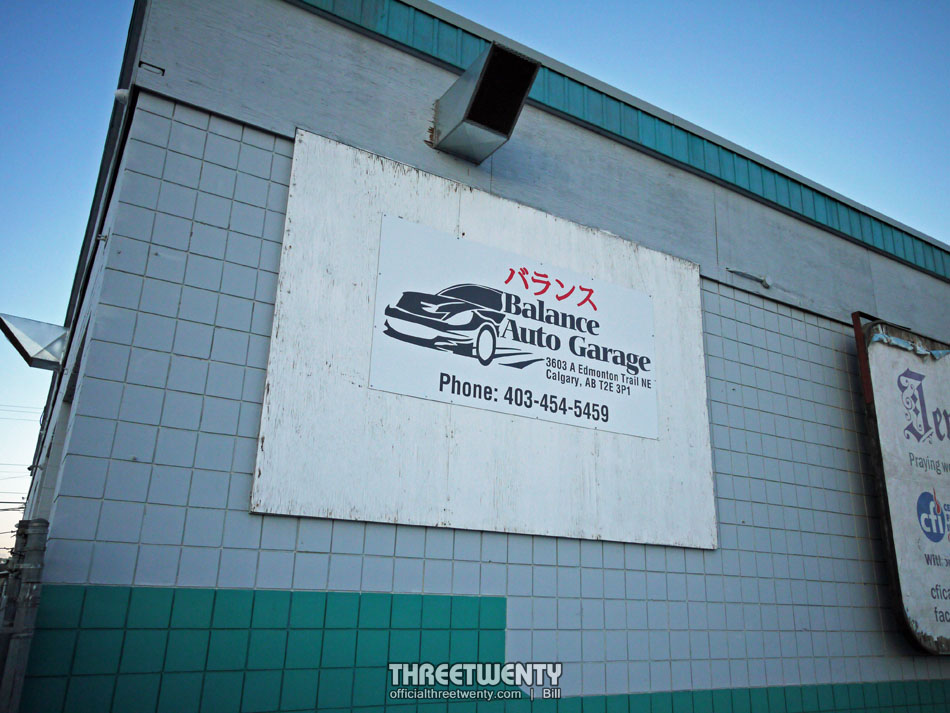 For the last little while I had been wanting to stop in and grab a few quick photos of the car for an update here, so we now fast-forward to yesterday when I did just that. I swung by Balance to say hi to the guys and check in on the ITR, and I was also able to get an idea of what’s to come for it in 2017 – despite all of the work that has already been carried out, it’s still nowhere near being the weapon that Jackie has in mind. 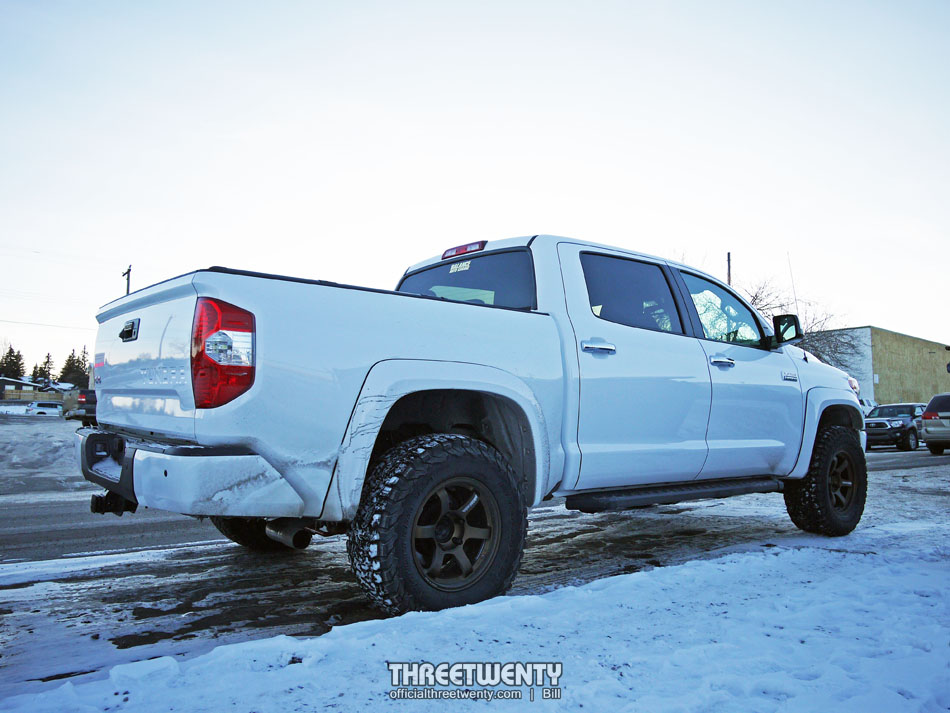 Upon arriving I was able to take a quick look at Jackie’s new Tundra as well. I had quickly mentioned it previously on the site but I’ll share it again – unfortunately the old Tundra was hit while parked and written off due to extensive damage. He recently picked up this near-ideantical model (the main difference is the colour – the old one was black) and Jackie being Jackie, it’s already modified and sitting on TEs. Some say he doesn’t even know that there are other wheels out there; all we know is he puts TEs on basically everything. 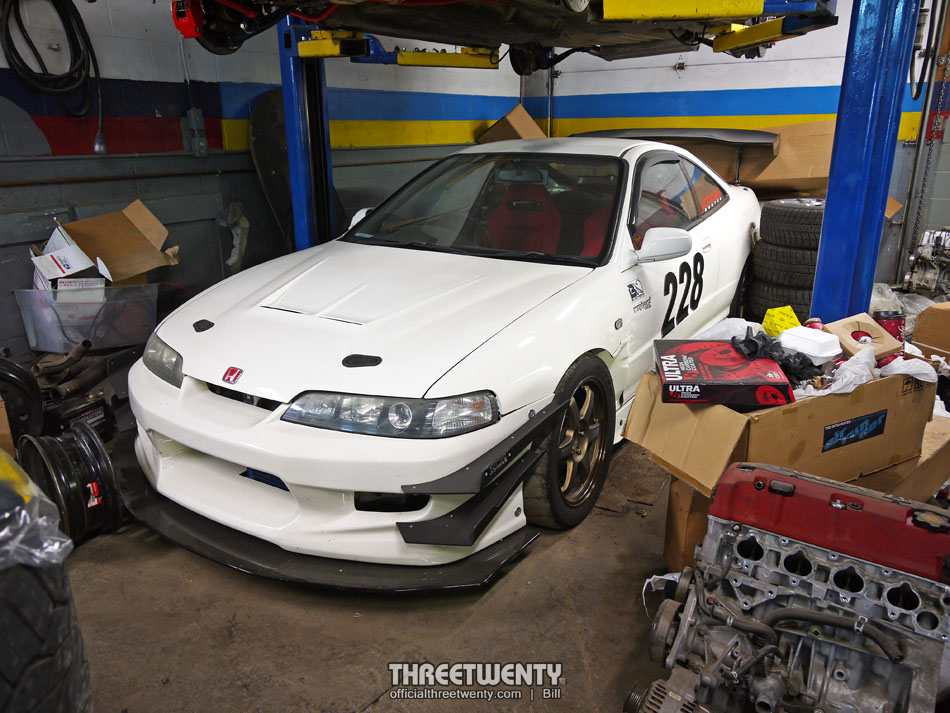 Anyway, to the point of today’s post – the ITR! It’s now hibernating in the shop since it’s winter so I found it over in the corner surrounded by parts and boxes galore for other projects. Balance is a busy place! 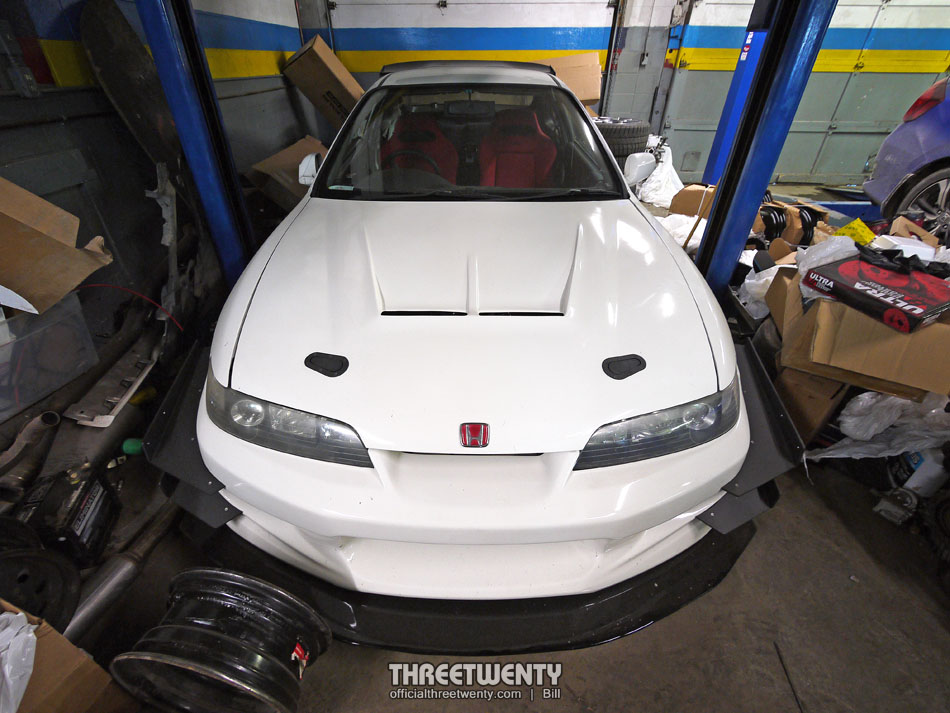 As you can see it was still rocking the C-West bumper and its associated canards and splitter as opposed to the much more aggressive carbon fiber piece that is also kept for it. 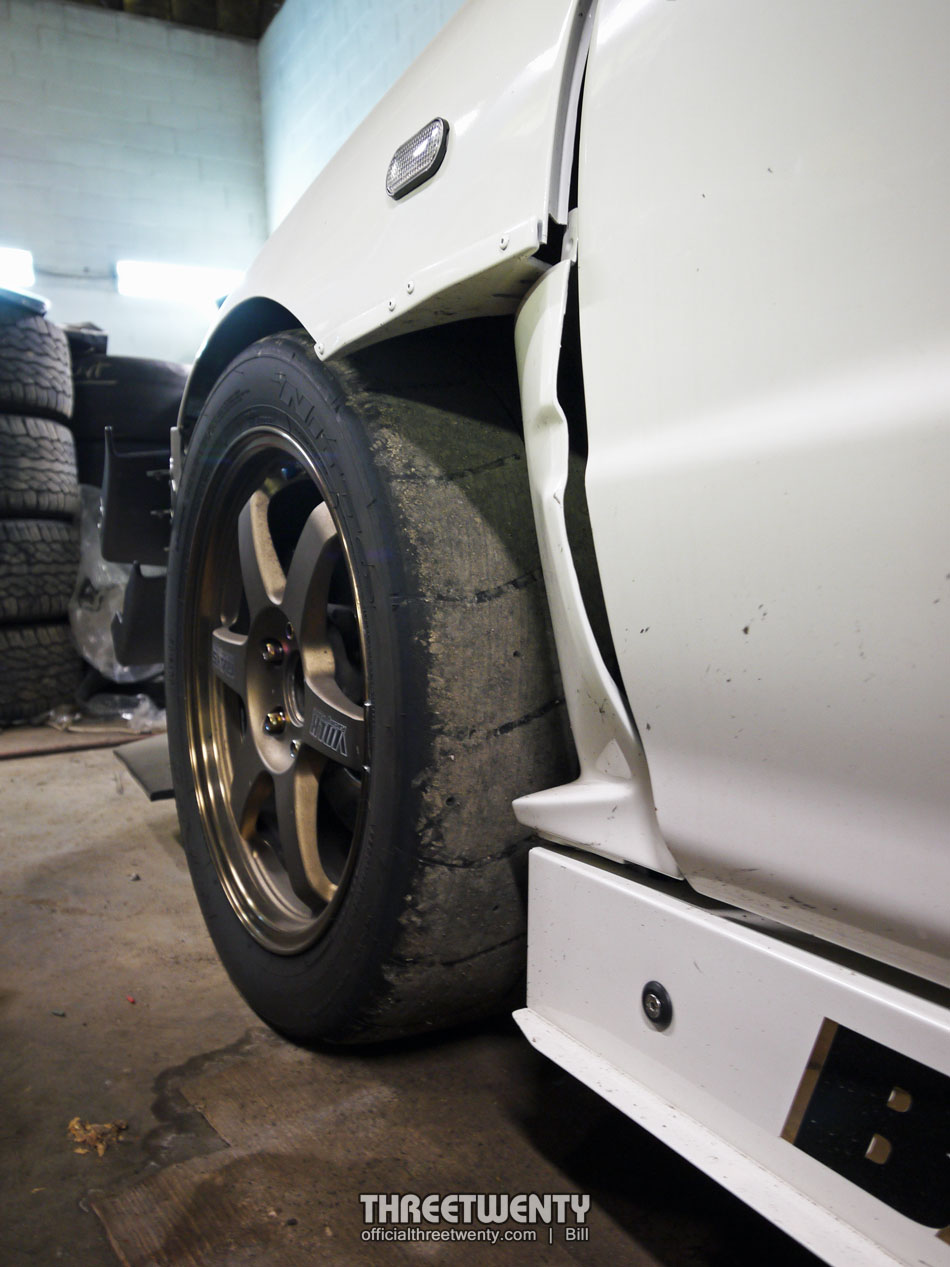 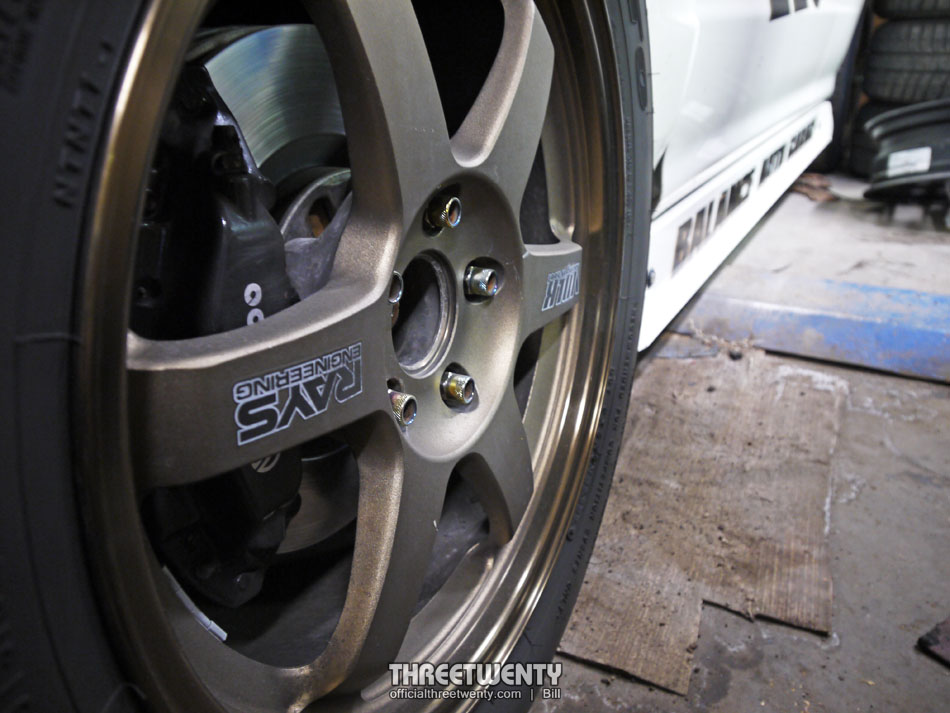 Again, TEs on everything. Jackie knows what he likes. 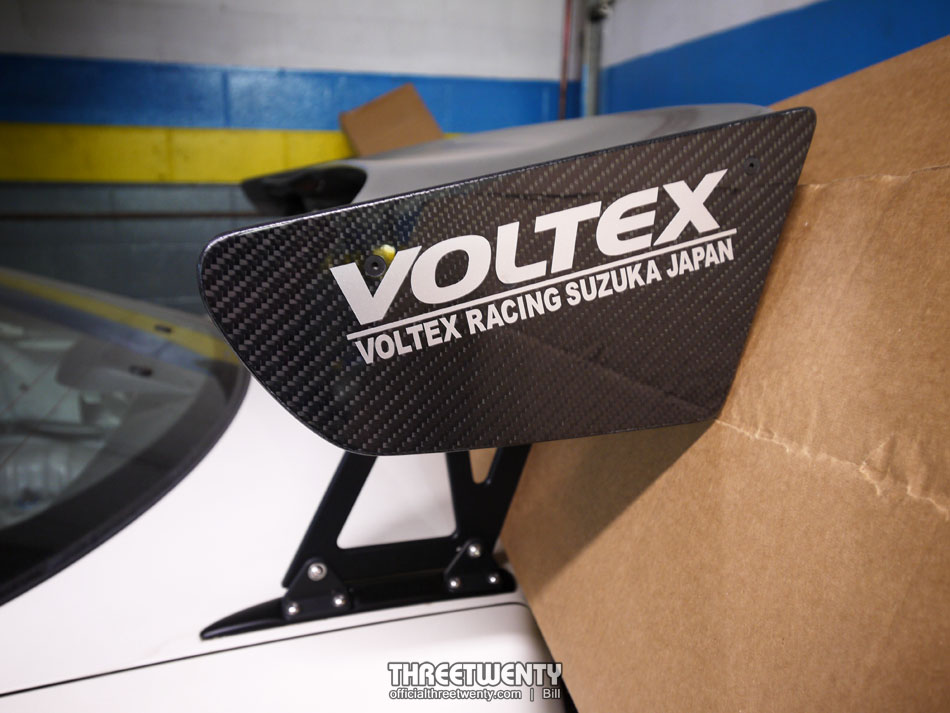 Out back the car sports a Voltex wing to provide more downforce, working with the diffuser to also balance out that produced by the front end’s aero. Naturally weight has been removed from the car as well, as the missing interior panels hint at. 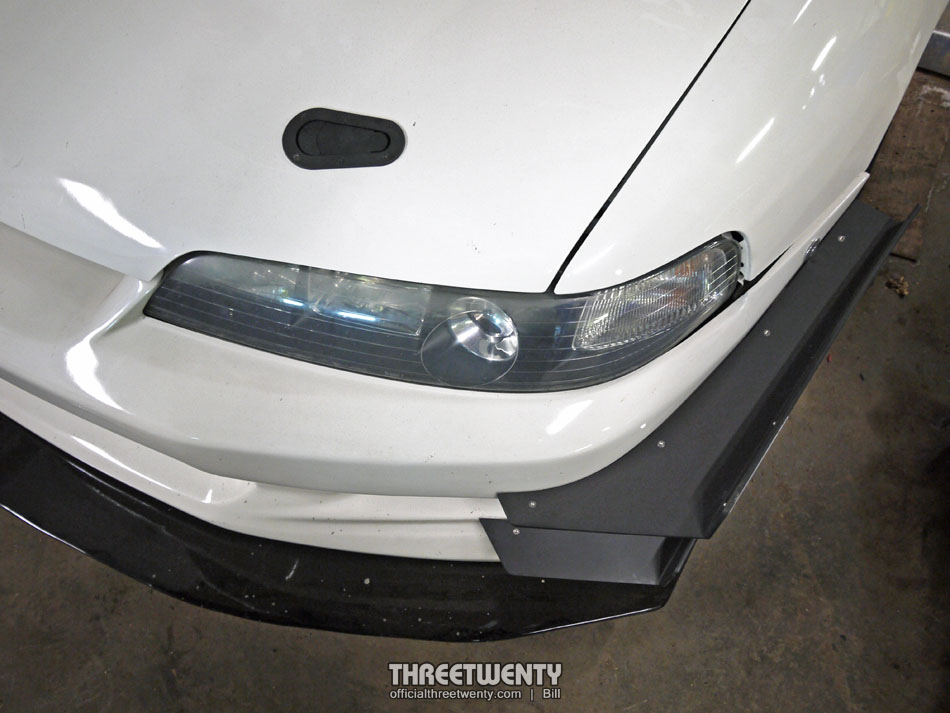 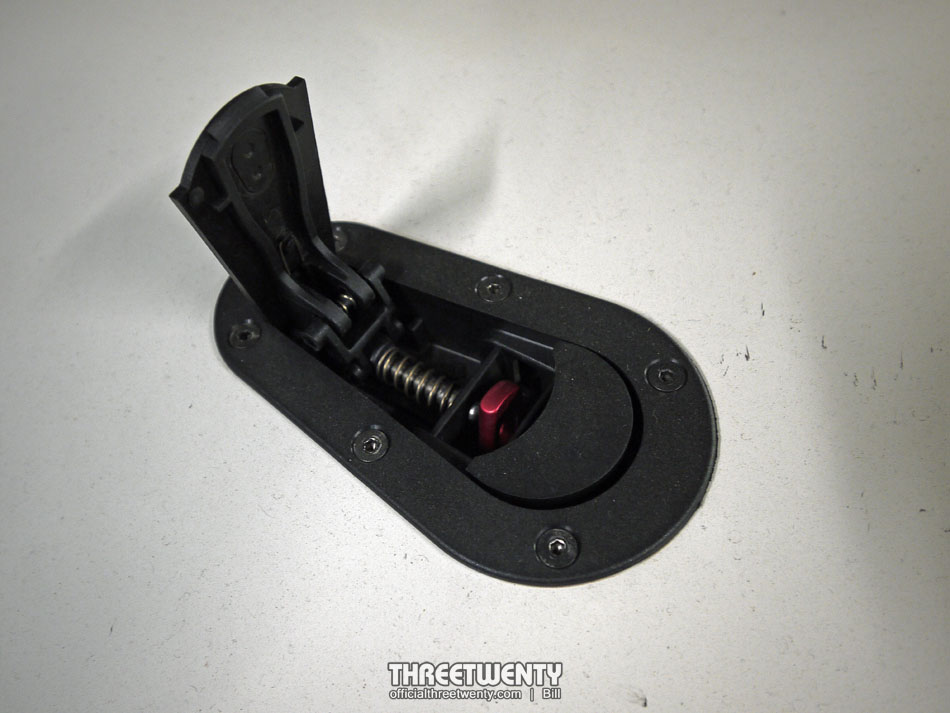 While I was grabbing a few shots I then heard Jackie call from across the shop to pop the hood – of course I happily did so! I had never actually tried AeroCatches before despite many people I know running them; their operation is so nice and easy. 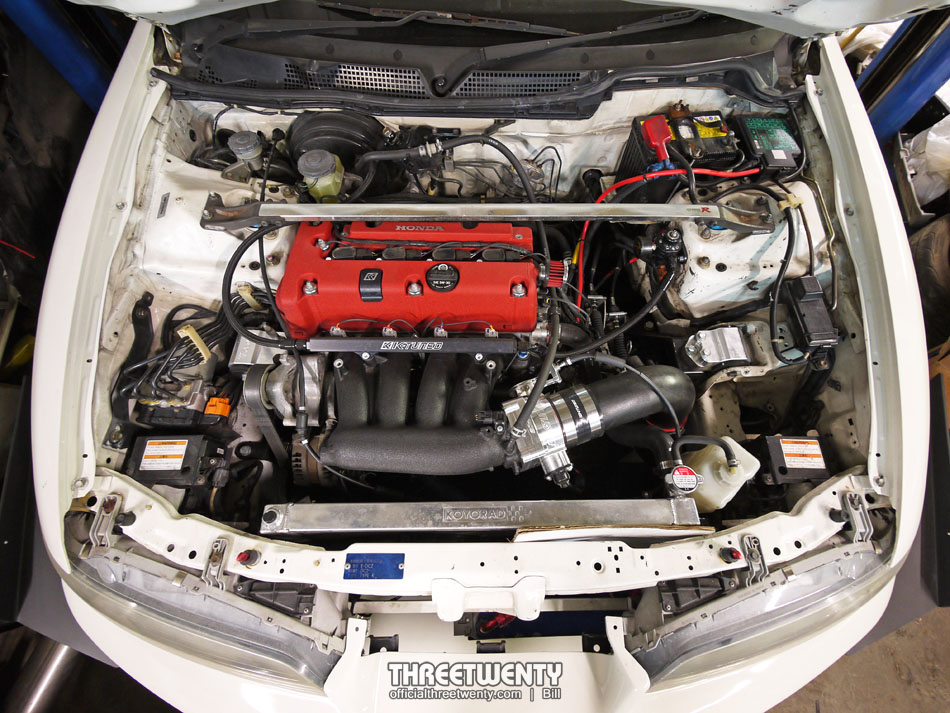 With there being a car on the hoist above the ITR the hood couldn’t be opened far enough for the prop rod to hold it, but that was okay as it weighed practically nothing! One finger was all it took to hold the hood up for these shots. 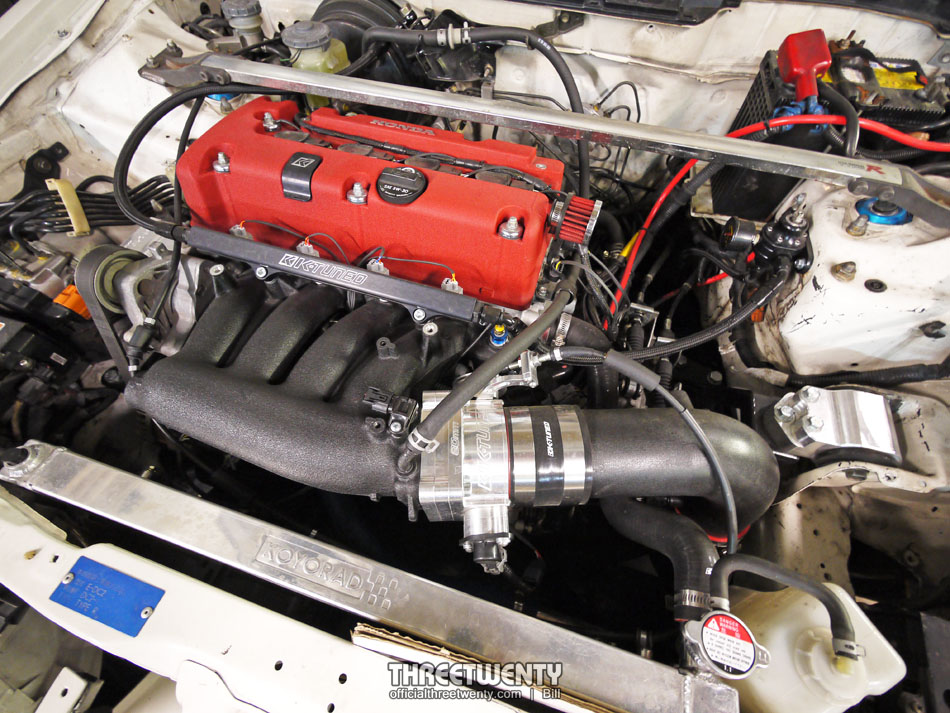 In case you had forgotten or just didn’t know, the B-series that powered this car is long gone and a K now calls the engine bay home. For this season it stayed naturally aspirated, but that should be changing for ’17. 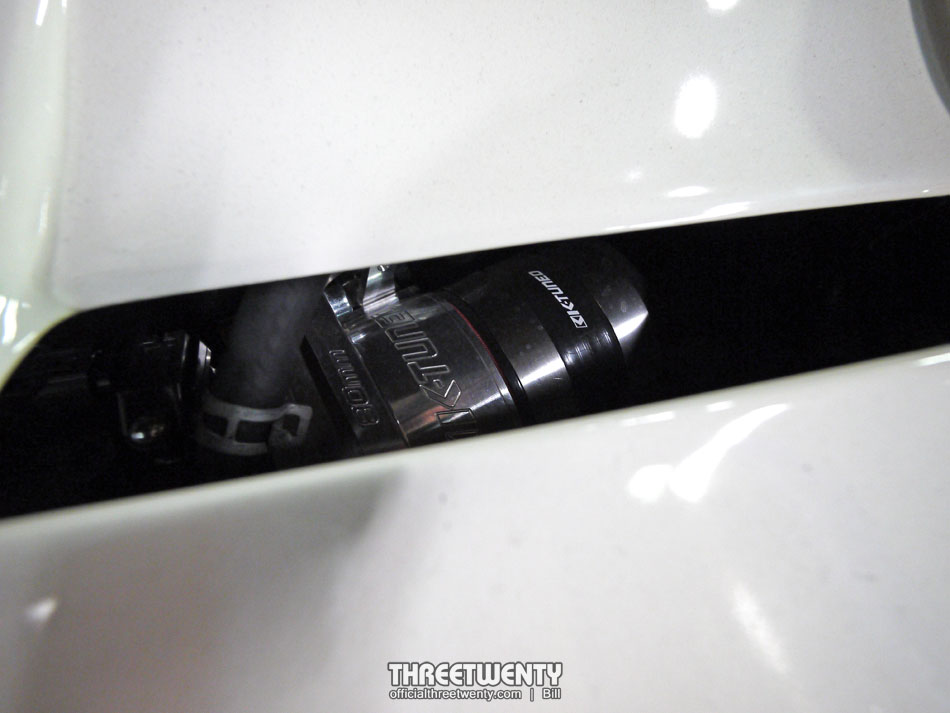 So what’s to come for the car now, you ask? Well as I just alluded to forced induction seems to be the intention with a rather substantial power figure set as a goal. This thing should be shooting some flames when all is said and done…out of the hood. Oh my. 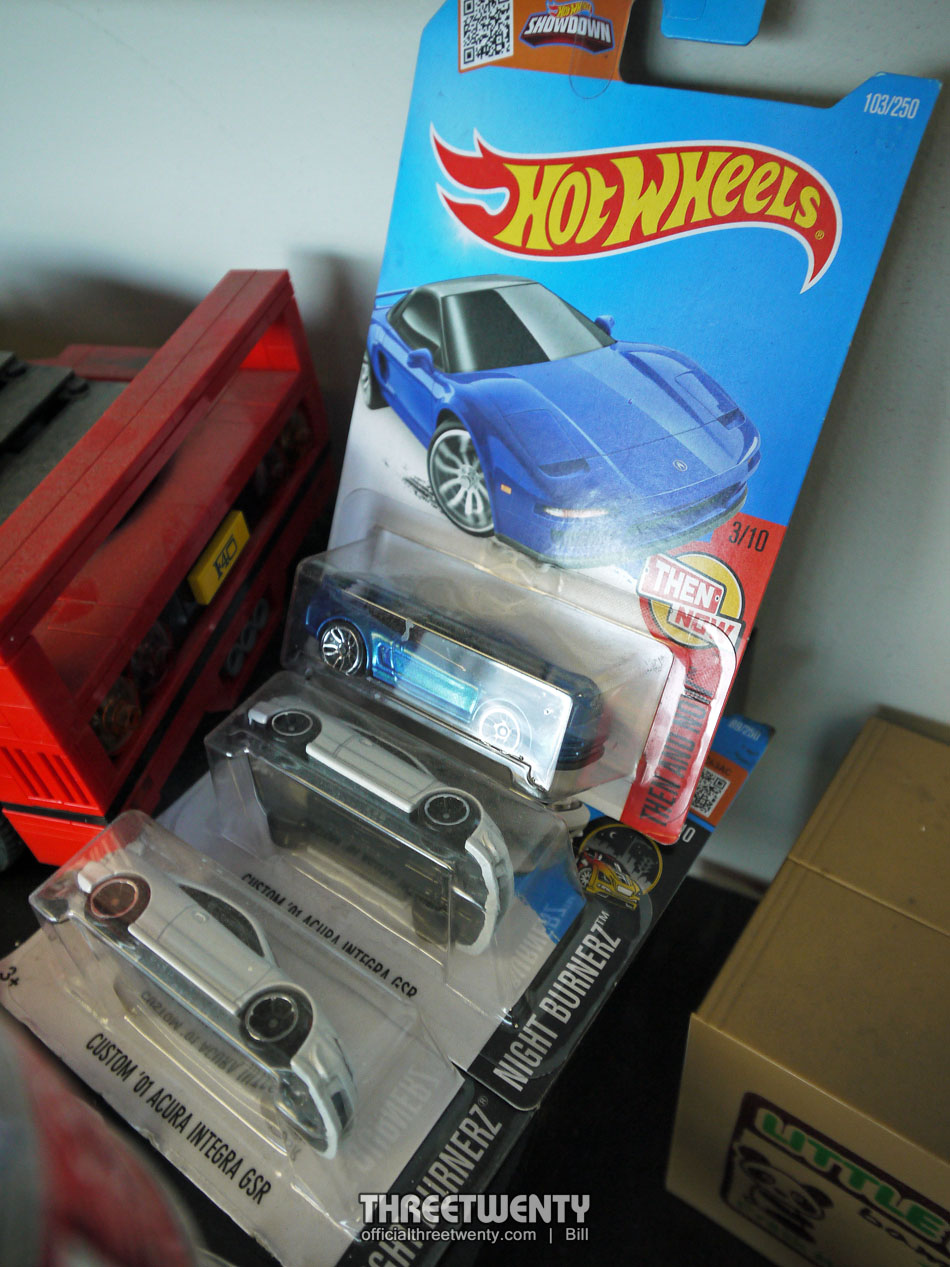 I didn’t stay too long as the guys were in the midst of dropping an engine into a car so I didn’t wish to distract them from that. With some photos captured I said my goodbyes and headed out, but not before taking a quick look at the assorted models in the waiting room. Naturally, there were some Integras and NSXs to be found! 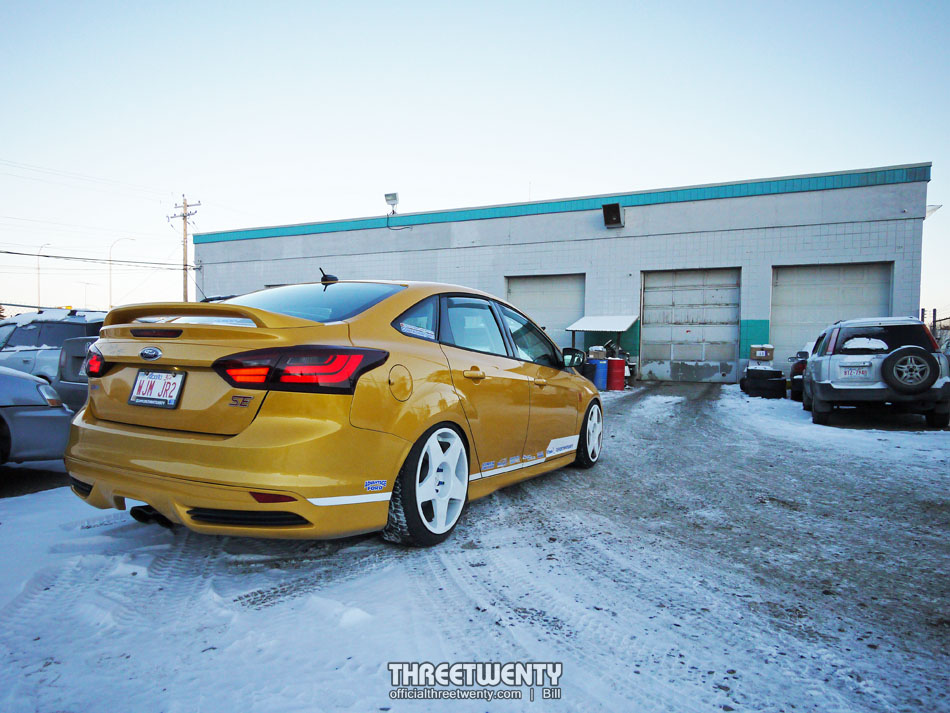 I’m certainly looking forward to seeing the ITR evolve in preparation for setting faster lap times this coming year, and will be making my way back to the shop to hopefully be able to share that with you all. I’m also hoping that the weather and our schedules will work out this time so that I can see it in action too instead of just sitting on a hoist or at a meet. I’ll happily check it out while it’s sitting still, but I really want to see it flying around a track and doing what it was built for…and shooting flames out of the hood while doing so would be a nice bonus.