As far as I’m concerned, Driven is the real start of our year. There are always gatherings, “season openers”, and other events held before, but the date on which Driven is held is the date I keep circled on the calendar as the beginning of another car season.

This year’s event was held a bit on the early side – May 4th specifically – which is always a gamble, but fortunately the weather cooperated with us just long enough to get cars down to the Oval and set up the day before. Roll-out saw us all driving home in a light snowfall which wasn’t ideal, but it seems everyone made it safe and sound.

Anyway, today’s post is technically the start of Driven coverage albeit it’s all about the night prior to the main event as the title would suggest – and more so my general take on the experience (as well as my thoughts on our changing “scene” in Calgary) as opposed to directly looking at the vehicles on display.

Before we get into that however, we might as well start with a quick look at our little group for this year. Regular readers will know of our usual practice of meeting up at the nearby Market Mall prior to roll-in to get all of the cars together, so that we can then drive over as a group and get right in line at the university grounds. This year the mall meet-up wasn’t really necessary given our group size but we did it anyway; our trio this time around consisted of Yolanda’s ST, Mustard, and the S13.

You may recall that last year, Driven’s roll-in day was not the smoothest of operations due to the pre-show. On top of that there was also the issue of the extreme lack of room due to the sheer number of vehicles entered. They tried something new, and it wasn’t a perfect success, but you live and learn right?

This year the three of us were able to meet up earlier in the afternoon and therefore enter the Oval well ahead of the pre-show, hoping that we could then quickly and efficiently get everything set up and the cars detailed prior to any chaos; and that’s exactly what happened. We were able to drive right in (avoiding any low-gas issues like I ran into last year…1/4 tank of fuel rule + hours of idling and crawling around + closed gas stations = bad times) and ended up being parked right next to the vehicle entrance. 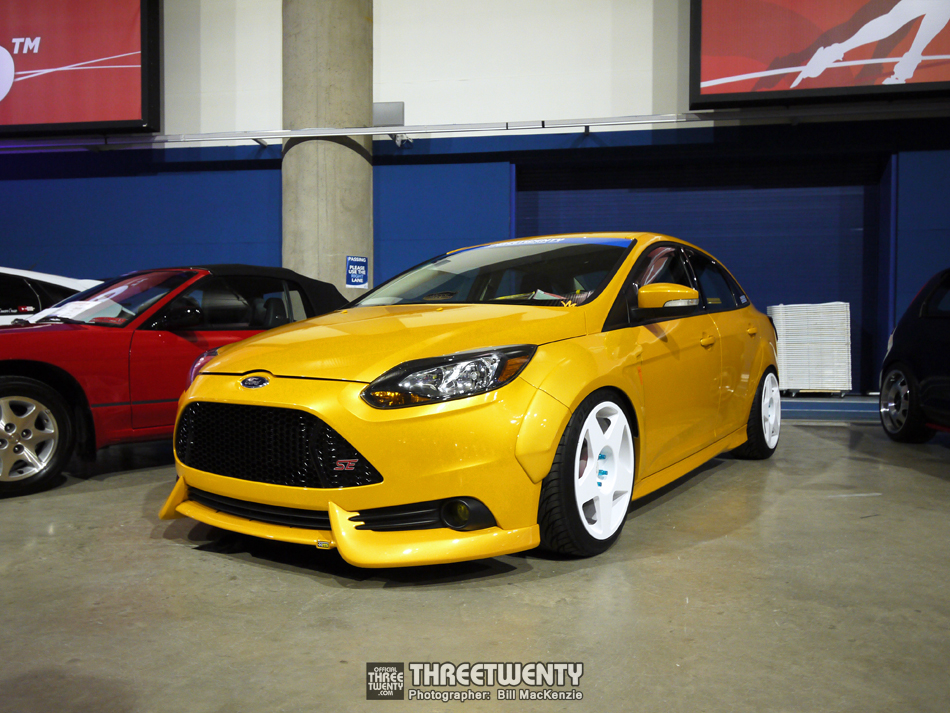 We also managed to get the last three spots of our particular row, which allowed us to angle park our cars for better viewing and photos. Please excuse the selfish extra photo of Mustard here; in my defense I didn’t take any setup day pictures of the S13 or ST once they were parked so their proper photos will come in the main coverage.

With our trio parked and the vehicles detailed, I then grabbed my camera to start wandering around and satisfy my curiosities as to what everyone else had brought out this year, and to get a feel for what to expect from the main event the following day.

I think it’s safe to say that many of us walked away with the feeling that Driven 2019 marked a “shift” in the event. Not only were we greeted by a much more open arrangement this time around (avoiding the parking lot effect from 2018) but there was a noticeable change in the vehicles present. There were of course many familiar faces from last year or years before that, but there was also a distinct absence of many that had become regulars over the years. 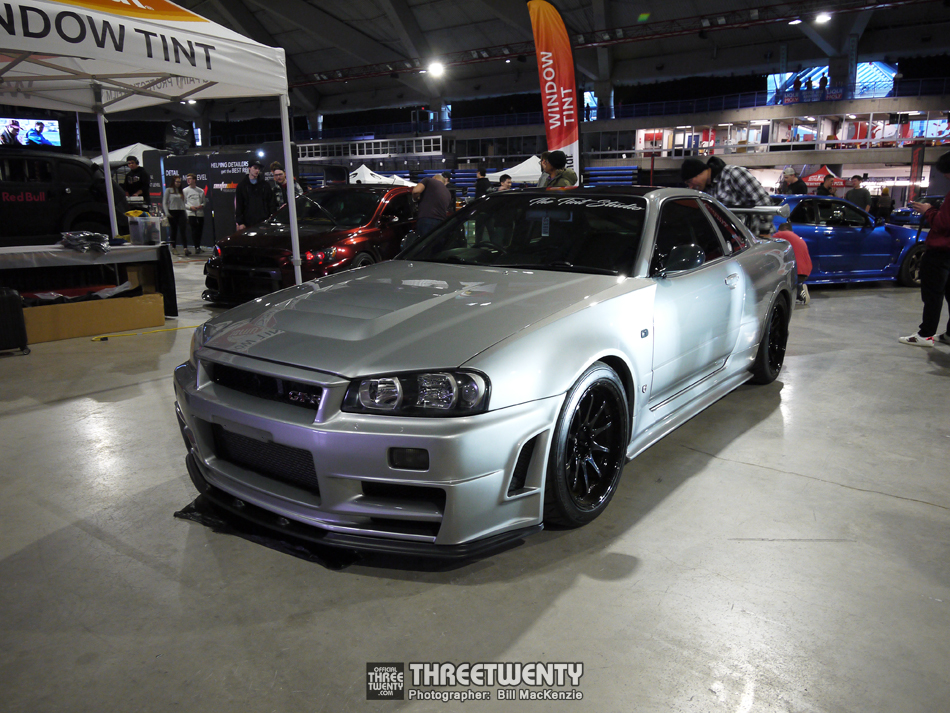 While some of us are still pretending to be the 20-year-olds we once were, free to play with our cars and ignore many of the aspects of adulting (I just wanna do racecar things), the simple matter is we aren’t any more. Houses, careers, spouses, kids – we’re growing up and in many cases the car lifestyle has to be put on hold for other priorities in life so we’re seeing many cars being sold to new owners or put into hibernation.

Incidentally while we’re on the topic of this: during setup day Jason and Diana welcomed their family’s newest addition (a second little girl) into the world so a massive congratulations, once again, to them!

On that, as our Driven coverage goes up this year you’ll notice no ill.motion group as probably the largest absence – I don’t think there’s been a year that they haven’t had cars at the event since their inception back in 2010? Their impact and boost to the Calgary car scene has been immeasurable over the last many years and they’re such a large part of our community now that not seeing them at Driven was odd, to say the least.

However, the event was far from lacking with those of us stillplayingwithcars (see what I did there Danny?) bringing out new builds or updates to existing vehicles.

With Driven’s team working hard to make it a bigger tour many individuals and teams are making the trek from event to event now as well, allowing spectators and local exhibitors to see more and more vehicles from neighbouring provinces. BC in particular never disappoints, which is ironic when you think about their vehicle laws and especially consider the absolute gong show that is Vancouver and their VIs currently.

Mark and the team have also been working hard to bring special guests and features to the events, and while last year Akira Nakai himself made an appearance at Driven Calgary, this time around we got to see the beginning stages of Mark’s soon-to-be RWB build. Nakai-san will be cutting it up in June at Driven Edmonton but for Calgary the 993 was receiving its air suspension live at the show. 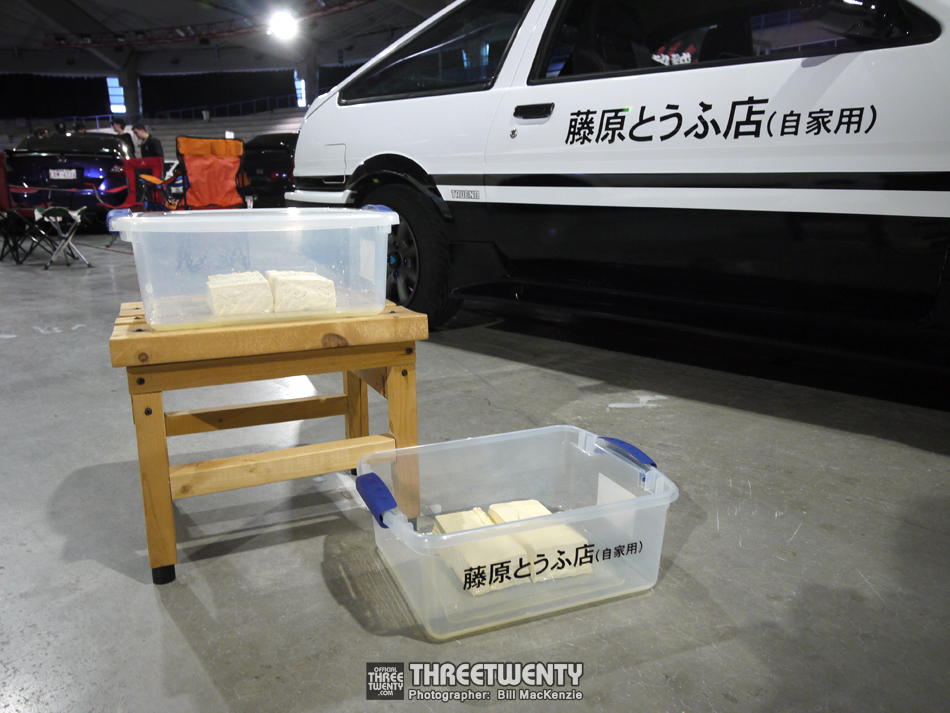 But, back to what I was talking about above in regards to absences from the event. As I walked around, taking mental notes of the vehicles and displays that were being set up in anticipation of making my rounds the following day for the proper photos, I was also making sure to just take in the experience for myself. 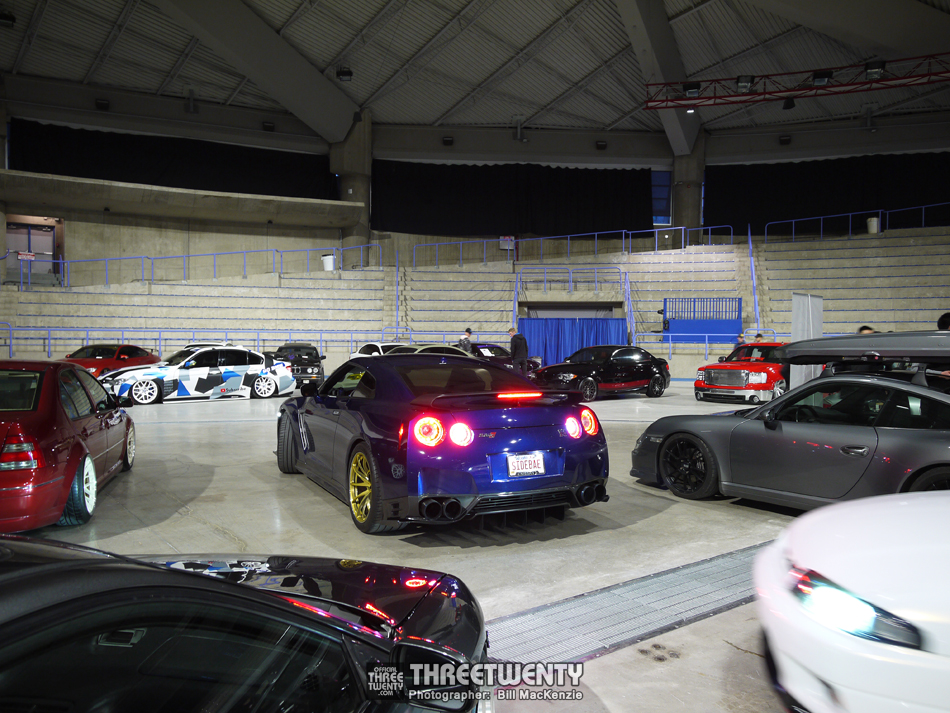 I’m not yet in the position (extremely fortunate position, I’ll add) that many friends are finding themselves in with a spouse, or even children; additionally I’m lucky that my jobs’ schedules allow for me to continue attending events such as Driven all season long, but that still doesn’t mean it’s not time to start making some changes. Driven Calgary 2019 was likely the last one for me as a participant, at least for the foreseeable future. I’ve attended with the same vehicle 6 times in a row now (13/15/16/17/18/19, as there was no show in ’14) and it’s likely time to take a step back. It’s time to offer the space that would be taken by the Focus for someone else, as we see more and more new faces and builds in our community. The S13 likely won’t be back either, as this was already its third time attending too.

Other cars from our circle will still attend, I’ll of course never stop going at least as a spectator, and I wouldn’t turn down the opportunity to return with Mustard (or another build) in the future, but I went into the show this year expecting it to be the end for a while. This love of cars and the lifestyle will never go away and we’re fortunate to have teams of people like the Driven staff putting together these events for us, bringing us all together to showcase our projects and connect with other enthusiasts, so I’ll always support it and look forward to it every year regardless of which side of the show I’m on.

And with that, I hope you enjoy the coming coverage from this year’s Driven Calgary. Welcome to the 2019 car season.