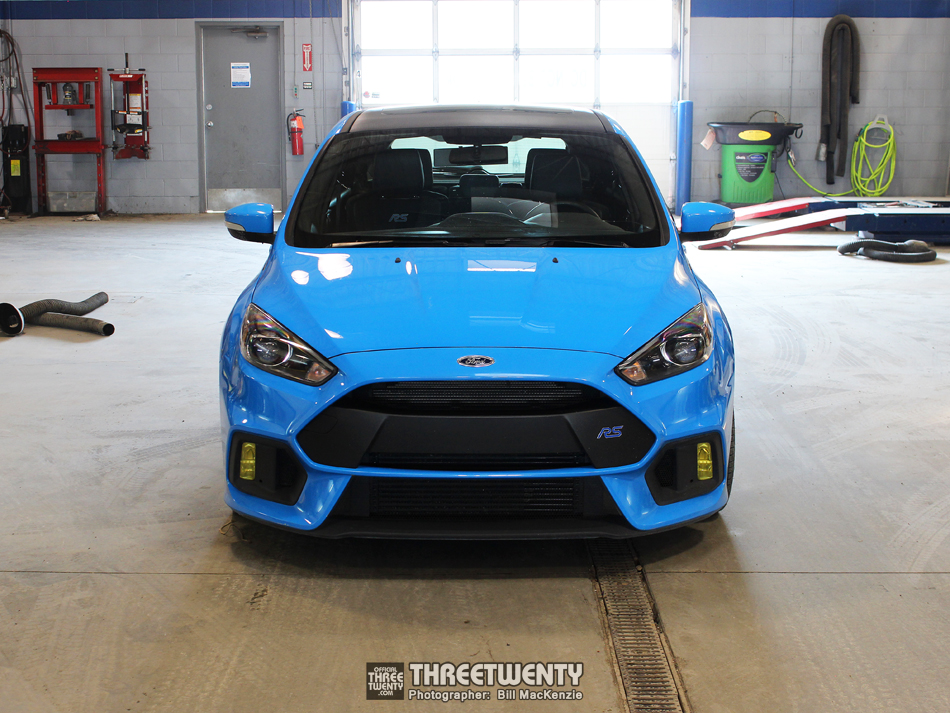 For most reading this, you’ll know that regardless of how serious a build is going to be there are always two givens: wheels and suspension. It doesn’t matter if we’re putting together a simple daily or a full-blown show car; these will always be two of the modifications made to any new vehicle. 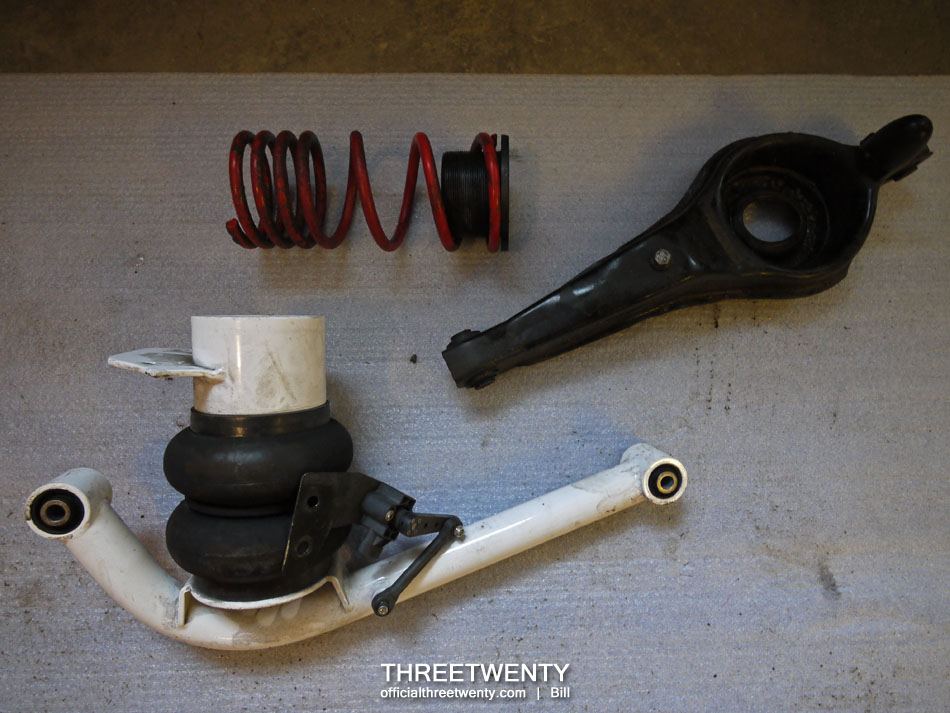 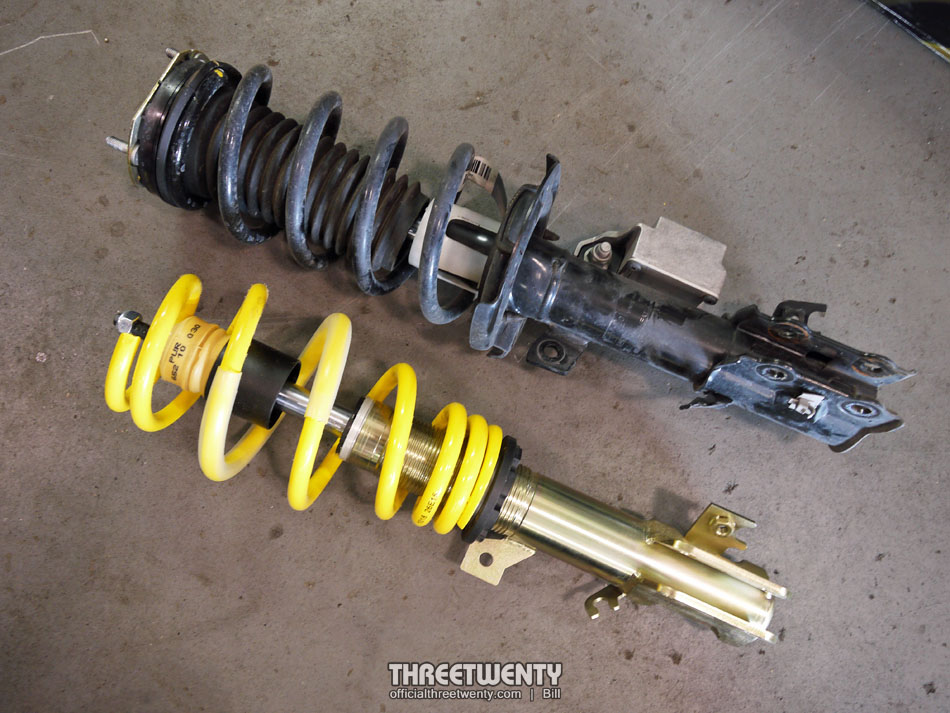 With Ketchup, Mario ran three different suspension setups – springs, then coilovers, then air. Unless you want to get picky and bring up hydraulics or an air cup kit, you could say he did it all. When it came time to build Sriracha he then opted for coilovers for the height adjustability, but the less involved install (and lower price) as compared to air. For Selsun however, he went back to springs.

The reasoning behind this came down to two main points; he knew the chosen springs would get the RS to an acceptable, year-round appropriate ride height and – more importantly – would allow the retention of its factory-fitted adjustable suspension. 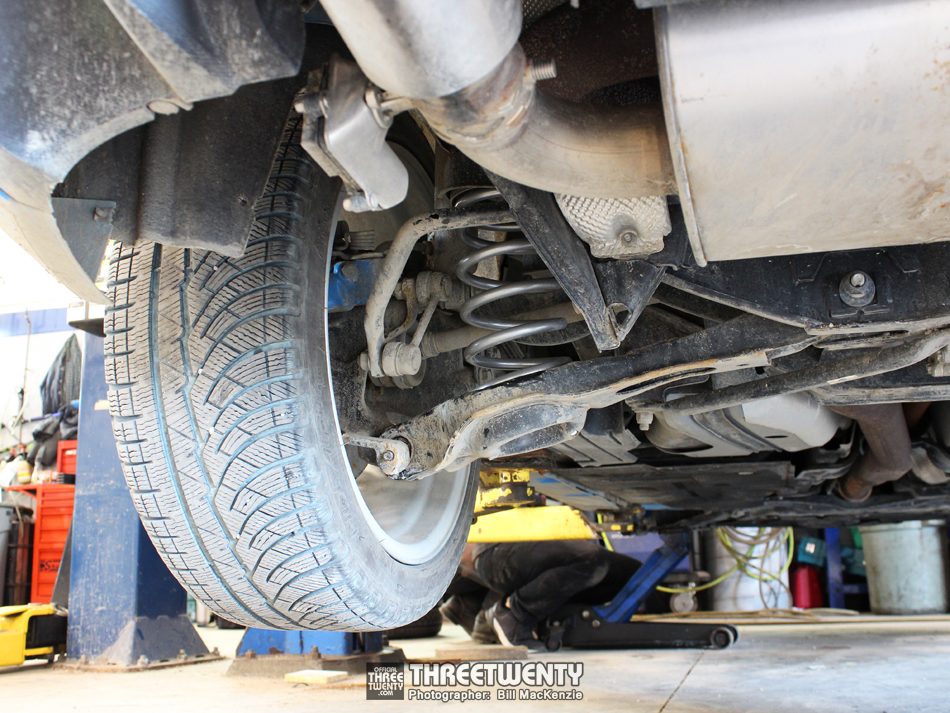 Anyway, I arrived at Mario’s shop this day to find the RS on the hoist with him, Derrick, and Ryan well on the way to having it sitting a bit lower. The rear springs were already in so the guys were working on the fronts by this point.

Mario’s brand of choice this time around was Whiteline; a very reputable company and – as we found out once the car was back on the road – one that certainly knows how to make the RS ride well! With the OEM springs in place Mario noted that at times the ride could be a bit bouncy, but following the fitting of Whiteline’s pieces there was no trace of it at all. 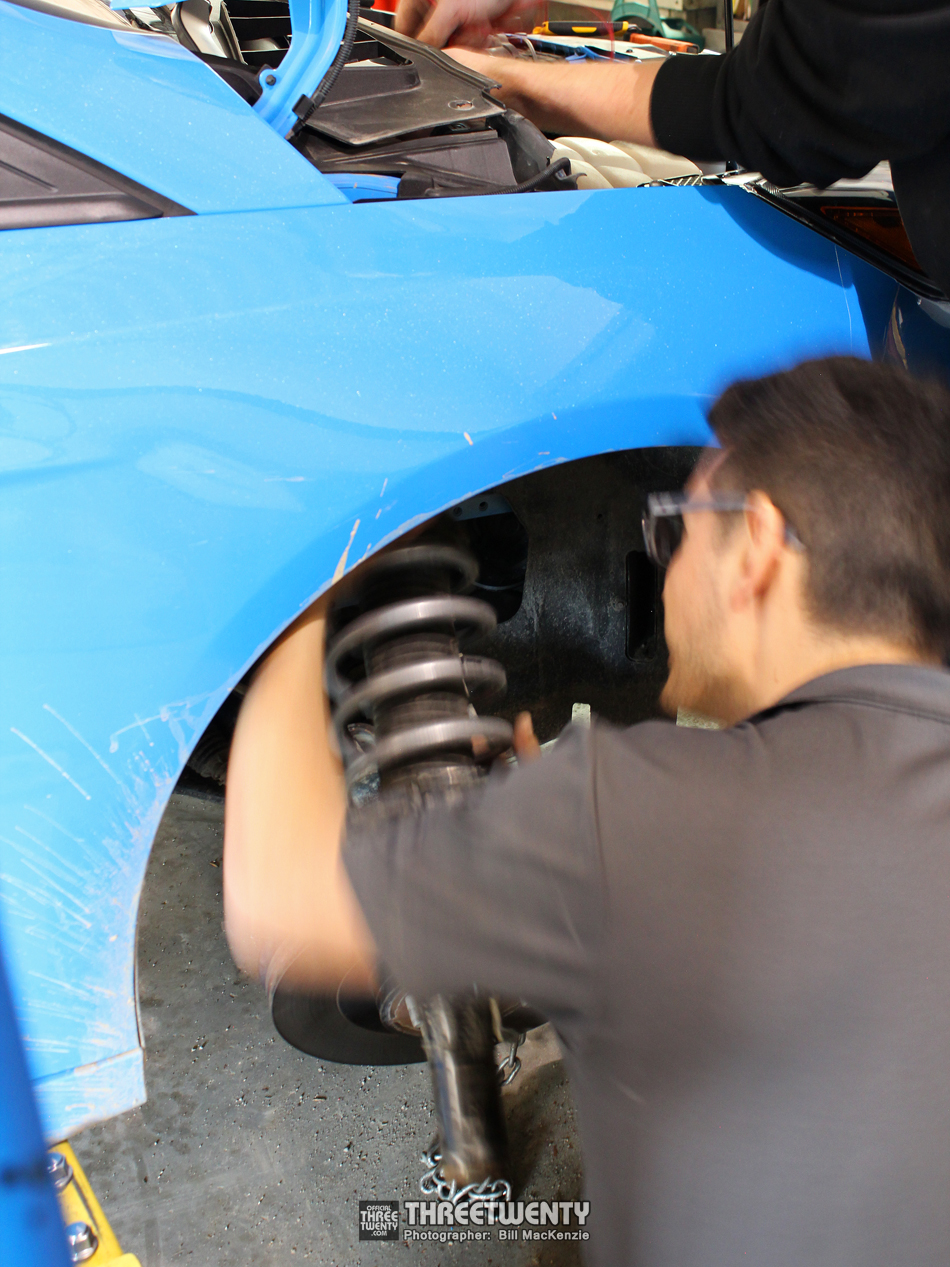 The procedure was more or less like any other suspension install we’d ever carried out, with the only real difference being the reconnecting of the wiring for the adjustable suspension (oh, modern cars and your technology). A length of scrap wire was taped to the strut’s wiring to help with feeding it back into the engine bay, and once that was dealt with the strut could be bolted back into place and everything torqued. 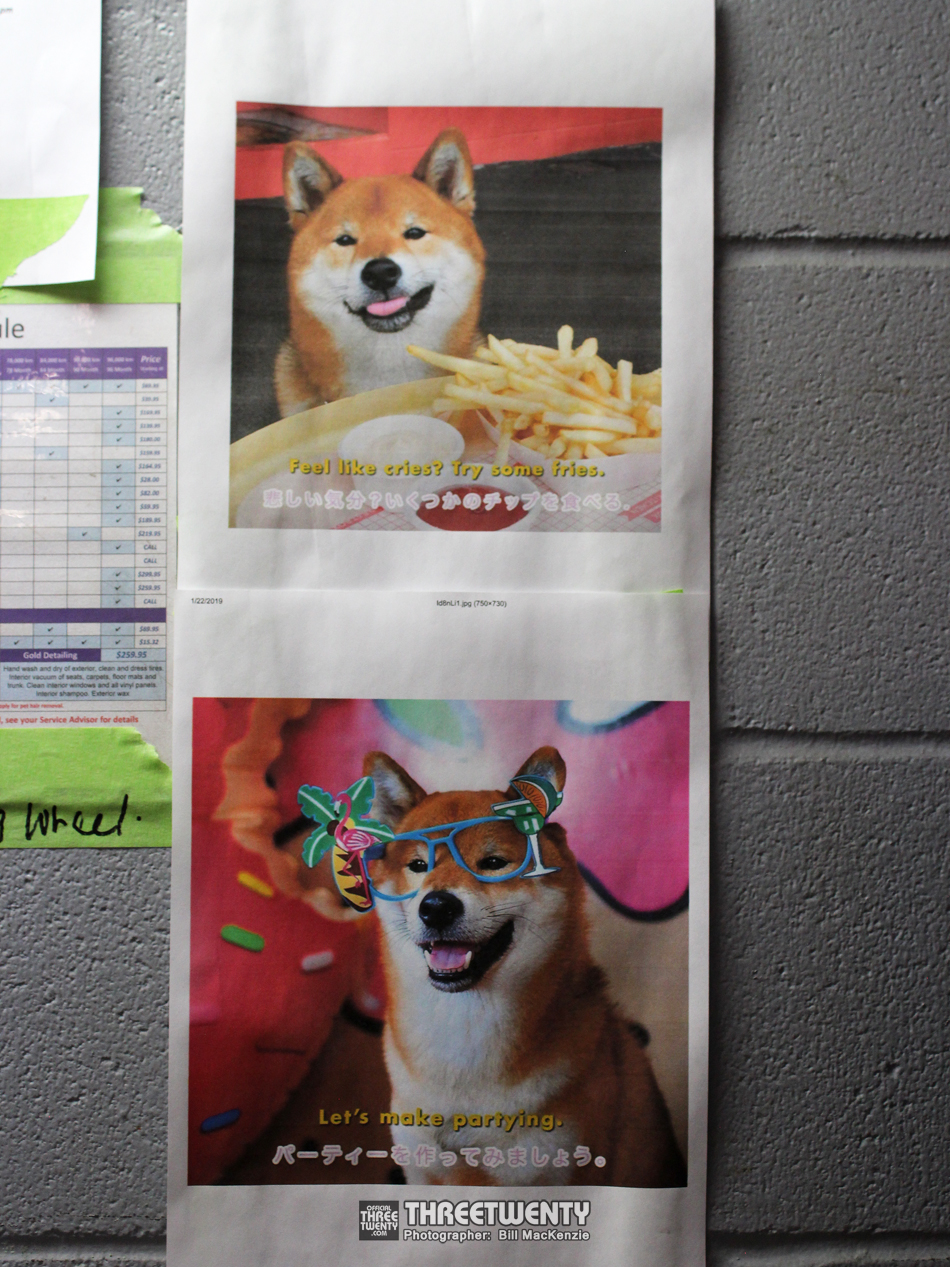 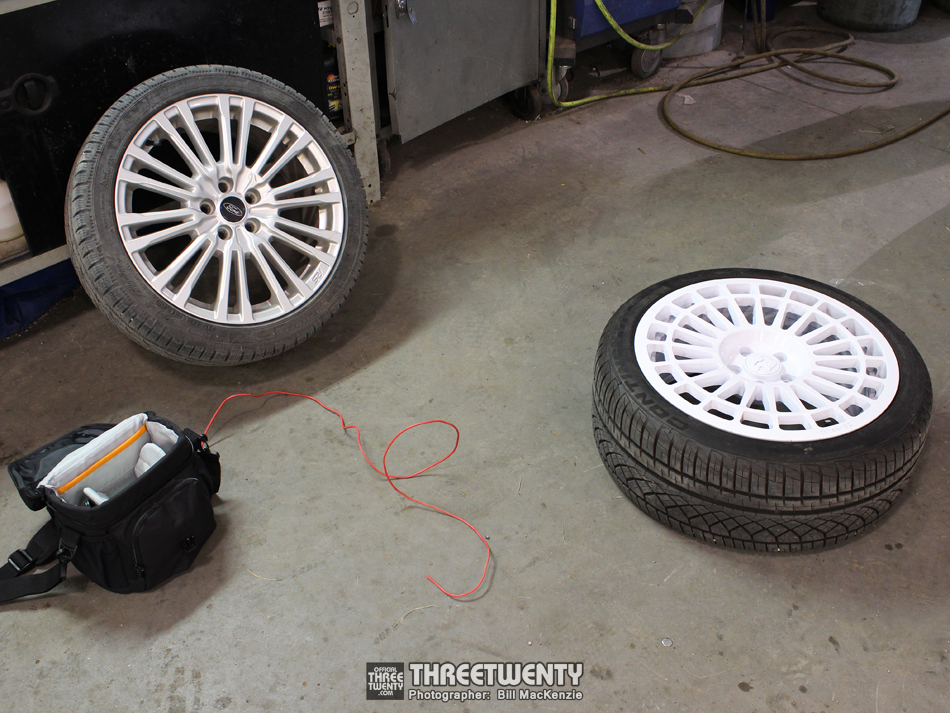 Following the Tarmac test-fit fail (as seen in the last post) I decided to bring one of my Integrales along this time so that we could mock it up on the RS instead, and get an idea of how it’d look. Of course there were already RSs running Integrales so it was never a matter of will it or won’t it fit, but more so we could just see it in person as at this point in time Mario had yet to receive his own set. 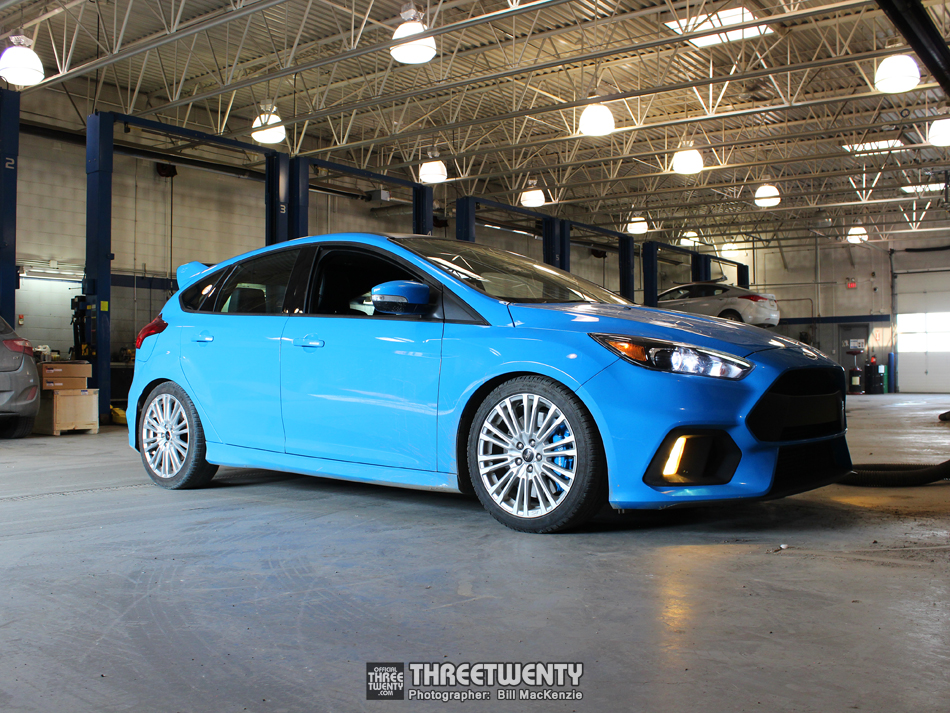 Since I’d only brought one though it was soon back off to make way for Selsun’s fourth OEM winter wheel and the blue hatch was then dropped down for the first time with the new springs. Some settling still had to occur but the drop was very noticeable without being too much. 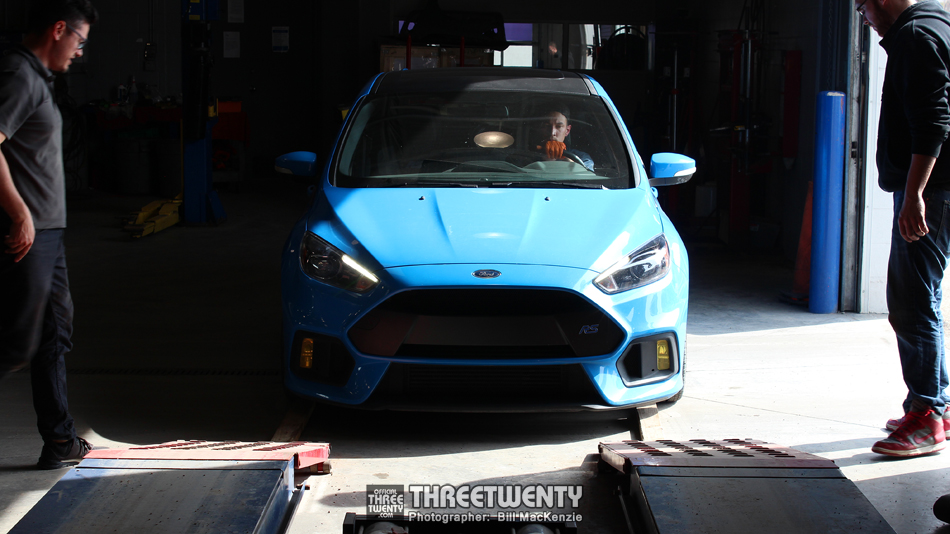 …while Derrick and Mario took the opportunity to refit Sriracha’s Mountune splitter. The Fiesta was still wearing its Tarmacs and Turbomacs backwards for winter (for tread depth) but these days they are the right way around once again.

It wasn’t long before Ryan had the RS’s alignment back in spec so it was soon rolled back off of the alignment rack and parked up for a few photos. Given everything was still fresh the car wasn’t fully settled yet so the rake is exaggerated here, but the rear does sit marginally higher than the front with the Mountune springs. Obviously this is where coilovers would offer a solution, with the ability to very finely adjust ride height, but then the OEM adjustable suspension setup would have to be binned completely. For modern vehicles like the RS which feature multiple modes, springs on factory struts are a really attractive option, offering the benefits of lowering but with the retention of factory features. 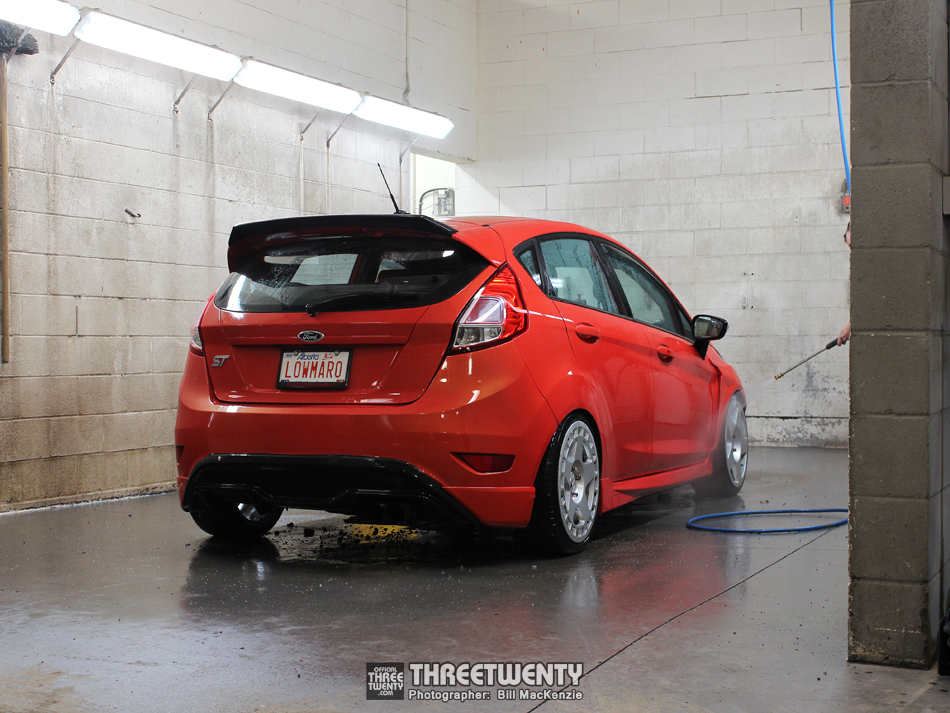 Naturally the last step before locking up and heading out was to wash the two hatches, especially as Derrick had packed quite a few pounds of mud into the Fiesta’s arches, so each was rolled into the wash bay for a bath. 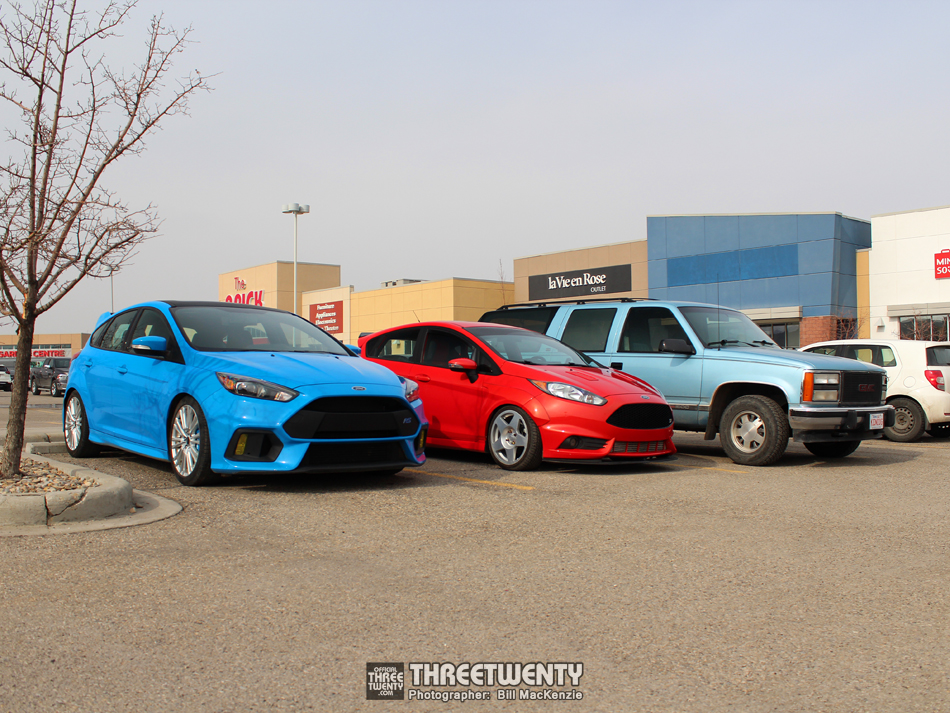 All clean, it was then time for food so we cruised over in the two hot hatches and the brick (AKA #320supportvehicle) for some burgers. Given Mario had only owned Selsun for just under a month at this point we were pleased with the progress it had seen and that it was starting to become his RS, while Derrick was thoroughly enjoying Sriracha and getting accustomed to the change of scenery as compared to LOWMARO. Of course this was just the beginning for the RS though, and there were still many installs ahead of us as we counted down to summer.