Sunday evening. A good time to sit back, relax, and catch up on the latest progress on the Fiesta ST.

It’s been just over a week since the last post (part 3) which is longer than I wanted, but yesterday was the UCCC’s Christmas meet and along with other holiday preparations to look after I had to postpone this for a bit. At last however, here it is:

When I arrived I saw that many parts had been moved from the tables and shelves they were stored on, and had been put back on the car. The end of the wrapping was nearing.

The matte wrap wasn’t all the car was receiving though. Some graphics were on the agenda to keep with the theme of the car and to make sure it would stand out even more. Mike, the owner, had some of them with him so he placed one on the hood to give a rough idea of how it’d look. 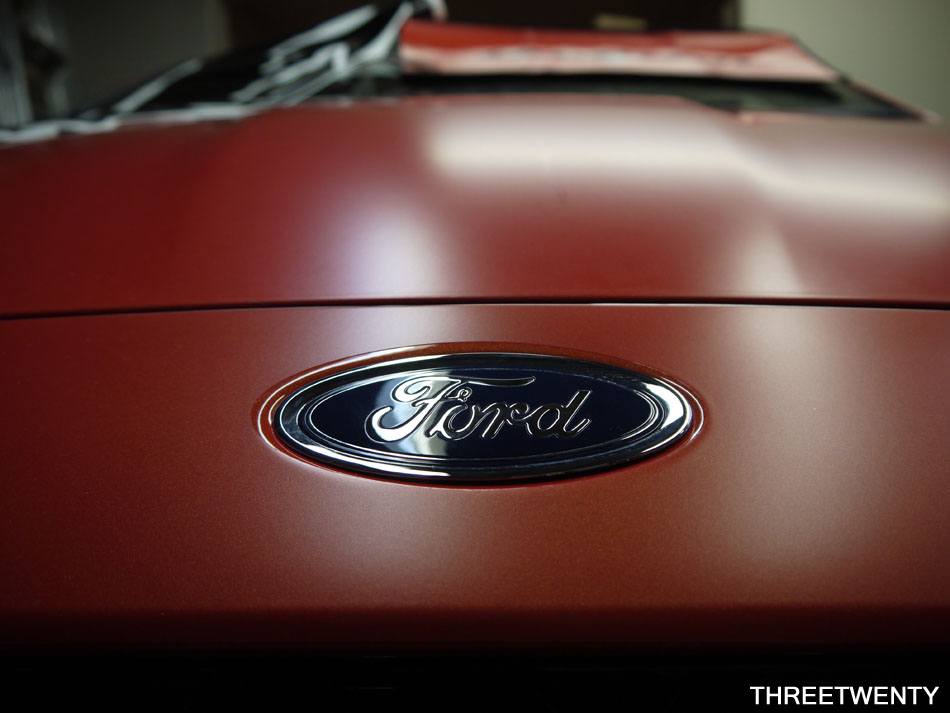 With the front bumper back on the graphics could be properly aligned and then applied to the car for good. 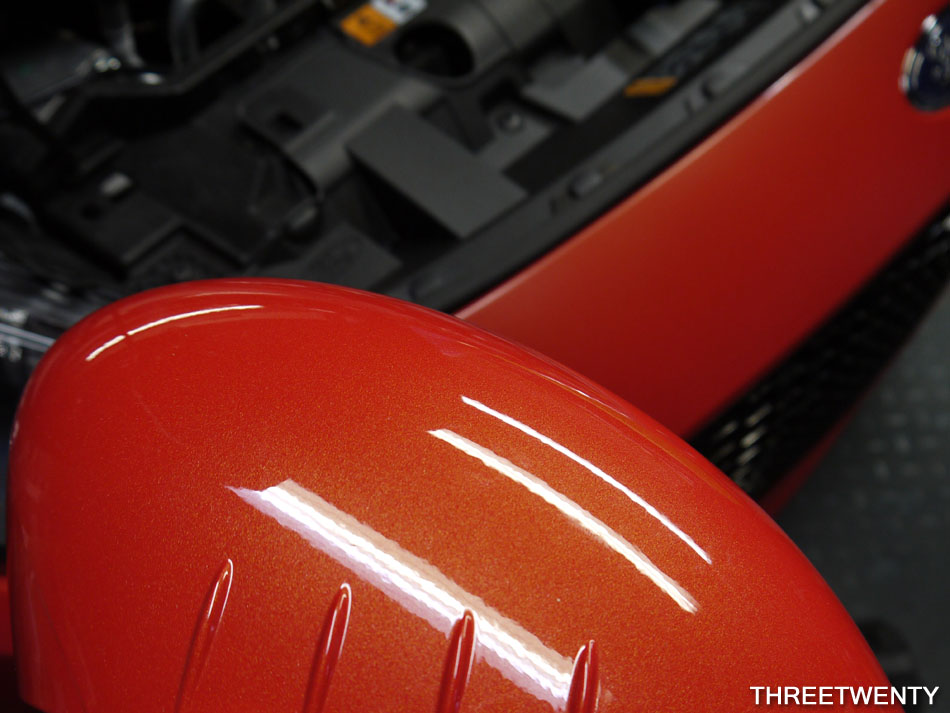 Only a few small trim pieces – like the mirror caps – were waiting to be wrapped before the car could be called complete. The Focus’ mirrors are hard to cover but at least they don’t have the little fins that the Fiestas’ do! Those were probably fun…

Following all of the cosmetic updates, a little attention was given under the hood in the form of a Mountune Racing intake kit. From the factory the engine is already pretty potent for its size but a little more power never hurts.

The shop was a little more packed than usual this time with the windows being tinted by another company. Here the rear glass’ tint is being applied. In the short time I was visiting a lot of progress was made on the window tint, with the team making it look super easy.

The rear lights had been tinted as well, with Lamin-X.

With much of the car apart the side windows could be taken out entirely for their tint, without much trouble. Here’s the driver’s window just after being reinstalled. Also shown here is the tinted turn signal on the mirror, which should look nice against the painted mirror cap. 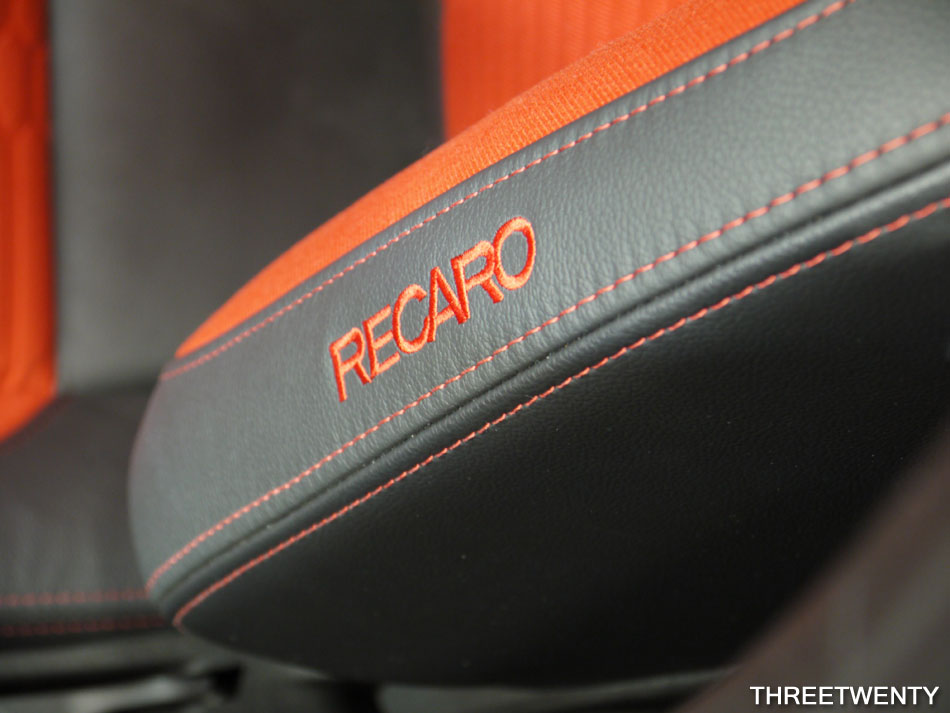 The handles had yet to go back on the car as they were also some of the last parts being wrapped. Here is one half of one handle, and as you can see they are being done in black for contrast.

Note I said one half – even I wasn’t aware, but the handles come apart into two pieces (top and bottom) so they had been split prior to wrapping.

The headlights didn’t escape getting covered either but they were simply done in clear film for protection, without any tint. With all of the rocks out on the roads, protecting them is a good idea.

This shot will be the last of the car at Wrap Werkz, as it is now back together and driving around.  As I had noted during this coverage, the next stop for the Fiesta will be Speed Options. It would have been going over straight away but with all of the snow we’ve been getting it was decided to hold off on that for a while. Among other parts a set of coilovers will be going in, and for obvious reasons lowering the ST right now may not be the best idea. When the weather allows progress will continue though, and you’ll be seeing that here on ThreeTwenty!