After the Back to the Future themed post that went up on Wednesday, today we go back in time with a set of photos I had been saving, from ill.motion’s Sunday School show back in August. I had explained in the previous entry from the show that I had one final group of photos which would be going live at a later date, and this is them!

The reason for having these separate is because I don’t consider them to be part of the ‘proper’ coverage. Parts 1 through 5 covered the cars on display, during the event, whereas the photos in Part 6 today were mainly taken after the show ended and are pretty much just of our own group. Some of us typically stay for a little bit afterwards to take extra photos and chat a little more, and it also gives time for the crowds to clear.

While there aren’t any new cars to see here, I hope you enjoy this additional post from Sunday School 2015!

Starting off with another shot of our row of cars. Mario’s HIN award was still poking out of his sunroof and you can just make out the trophy from Driven on his dash. I have no idea how he’ll top 2015 in terms of awards and features!

My commemorative decal and as always, a copy of Performance Ford on the dash. 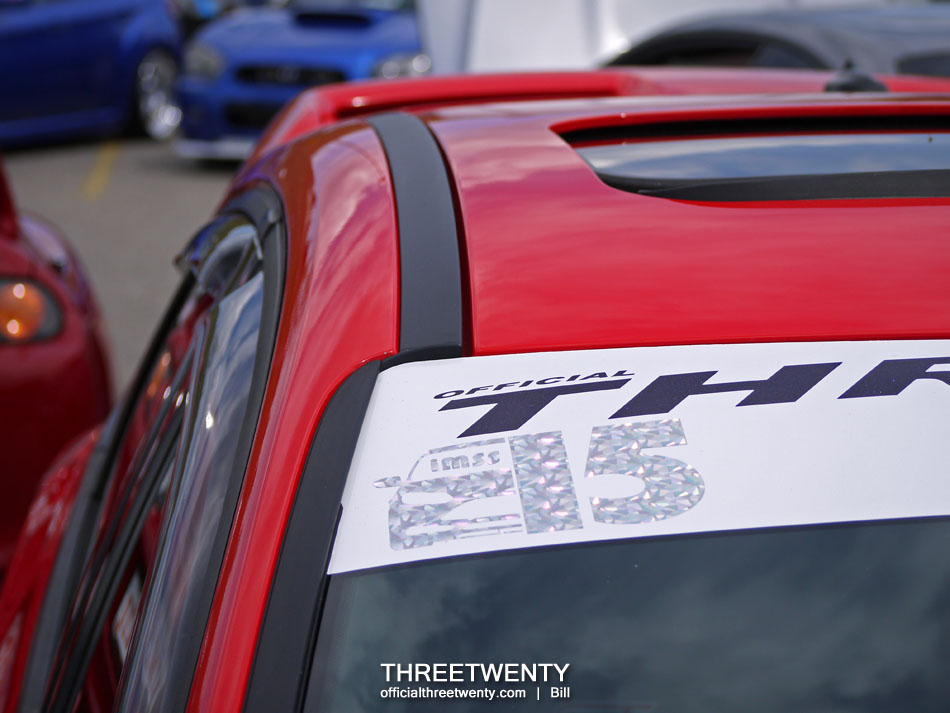 Mario decided to stick his commemorative decal on his banner. The ‘ThreeTwenty’ portion had to be omitted for it to fit in the space so he stuck that to his HIN trophy instead. 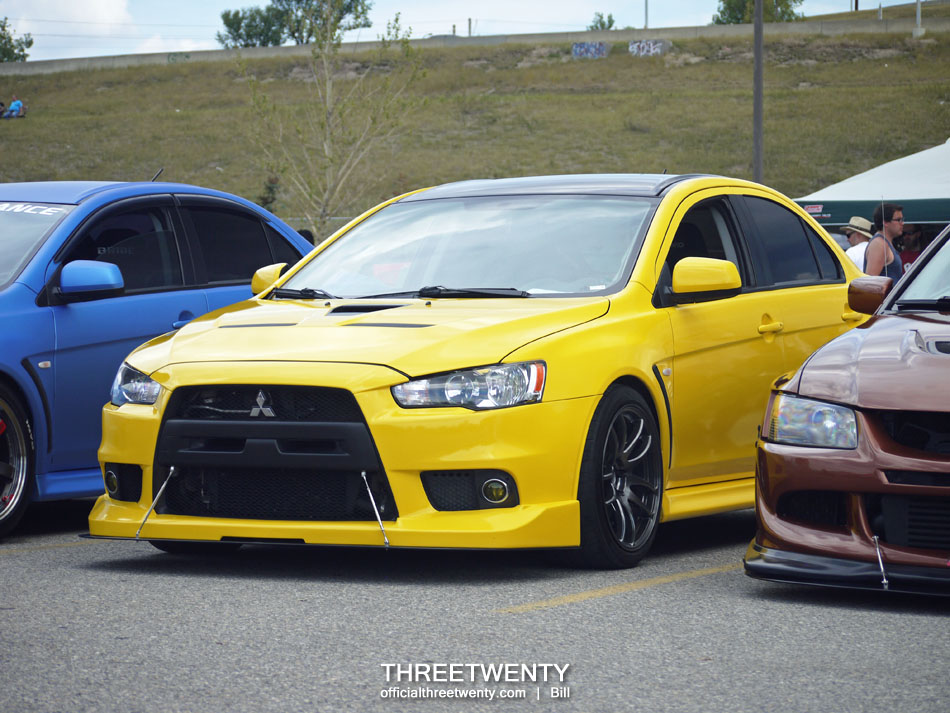 Moving further down the line now, here’s Brandon’s wrapped Evo X which was one of the cars that came over from Saskatchewan.

Brooks’ Evo which looks oh-so-awesome in brown. Thanks again to him for coordinating with his friends, and to all of them for joining the group this year! 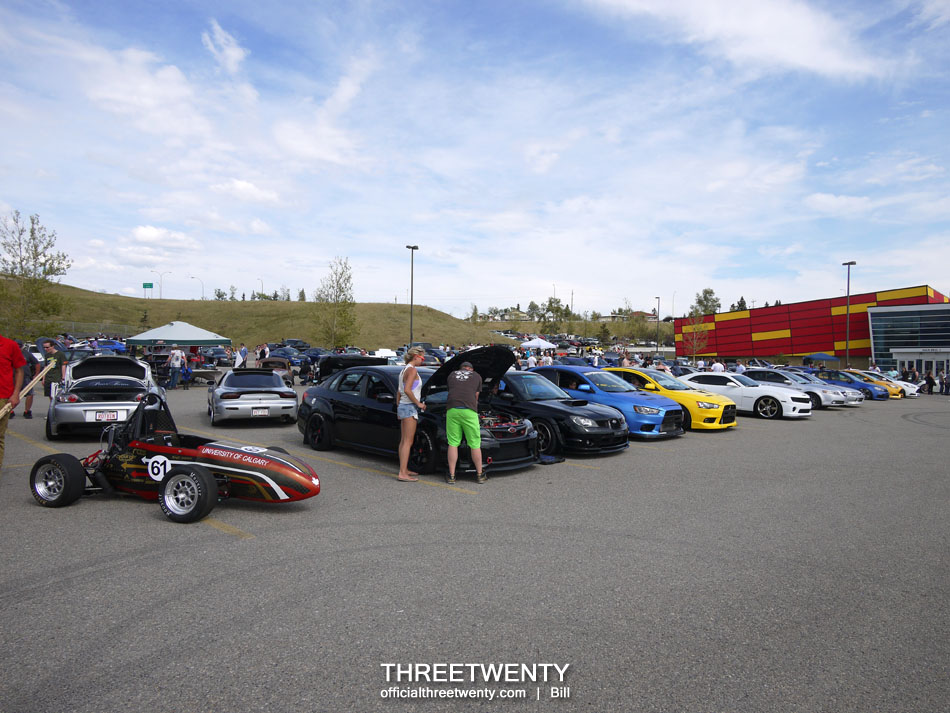 Our tents were packed up by this point and more from our group were getting ready to leave.

With the back row now empty, some of us moved our cars over for some additional photos. The city’s skyline makes for a great backdrop.

This is one of my favourite shots from the day – I don’t even recall what Don said or did here but apparently it was quite funny. Less funny is that sandals and shorts aren’t really options any more with how cold it’s getting.

The order in which we parked led to this really nice photo which happens to be another favourite of mine. Not counting Alex’s TL which can only just be seen behind the Camaro (Sorry Alex! Haha), we have a white car at either end and both bagged cars (Don’s R and Mario’s ST) are sandwiched by static ones.

Ketchup, Mustard, and Mayo also happened to be lined up just as they were at Sunday School 2014.

Near the other end of the row, Dustin, Kaylee, and Carter had lined their cars up for photos as well. 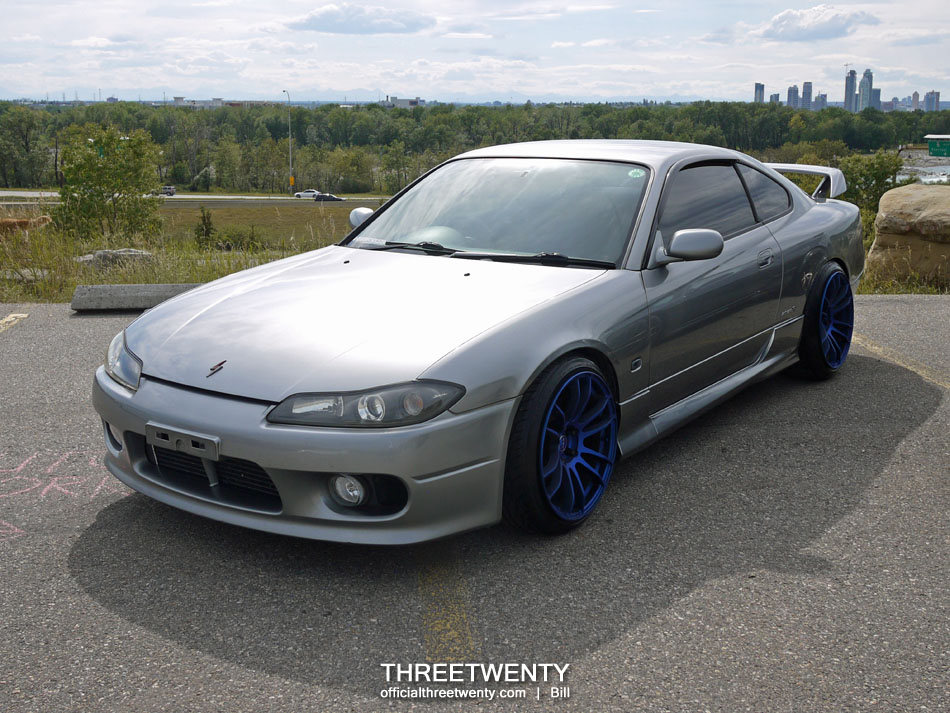 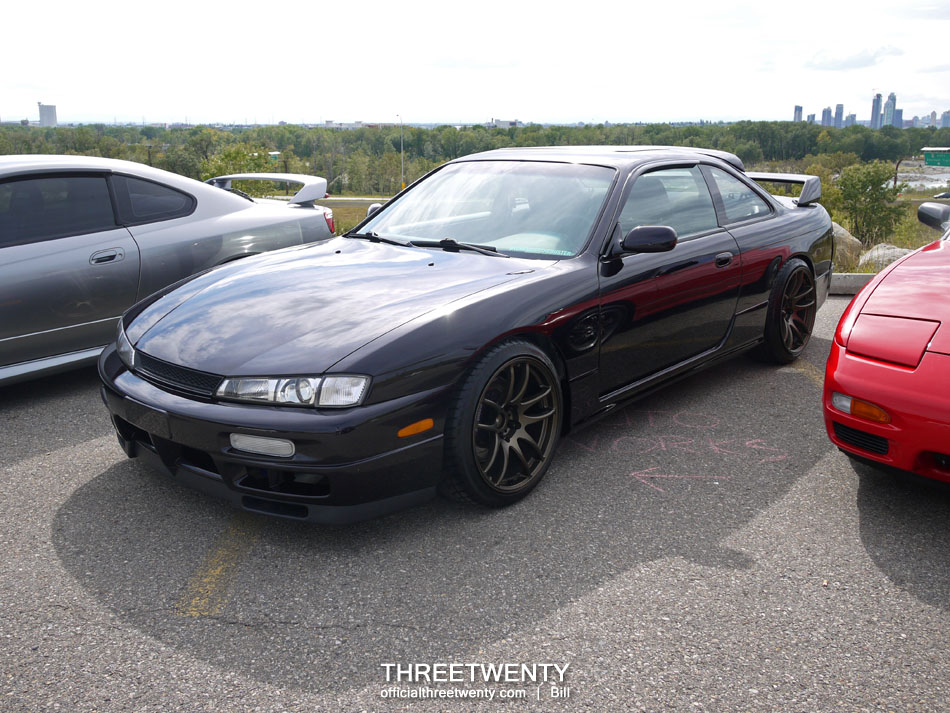 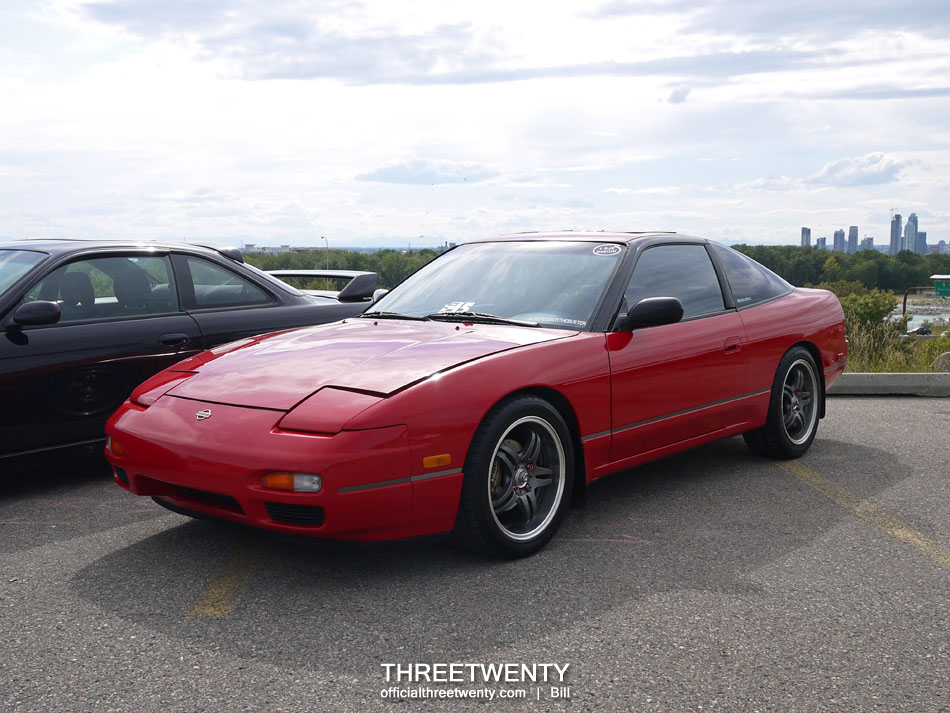 Those familiar with the car, or who read Part 5 of Sunday School coverage, may recall Carter’s 240SX actually has a 1.5JZ under the hood – the decal in the corner of the windshield notes this.

As I was going through the photos for this post, while looking at this trio I got to thinking about how old these cars are now and found it hard to believe. In terms of styling they have aged rather well. 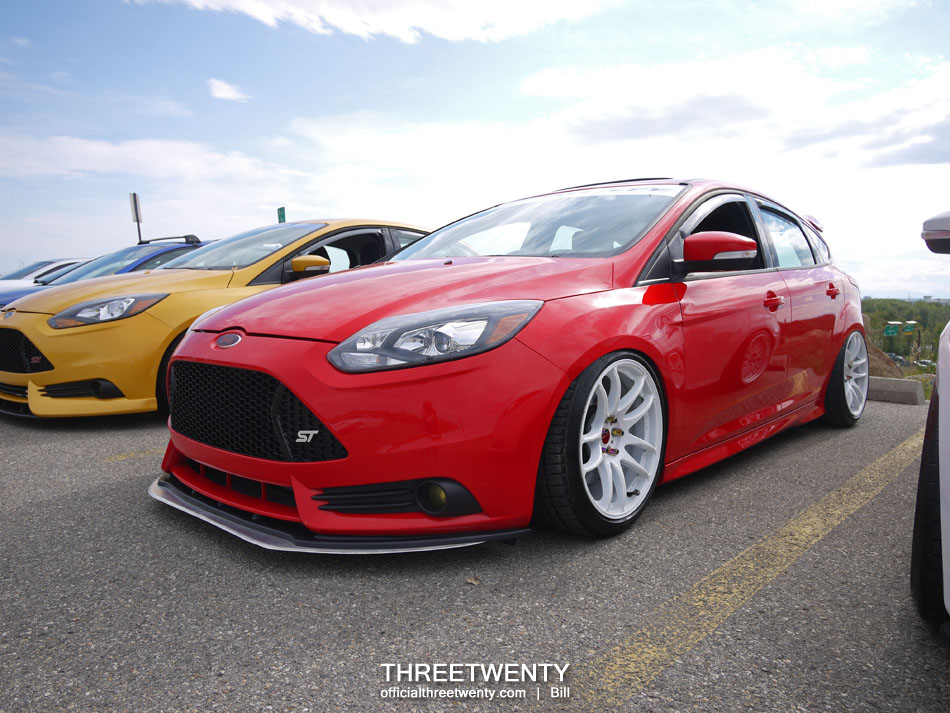 Just recently, Mario had his metal splitter bedlined so it now blends in with the lip. He’s done a lot to the ST this year so I think I have some catching up to do now!

At last we figured it was time to say our goodbyes and all head home, as the rest of the group had already done. It had been a long day and it was time to go rest – and to get out of the sun (hey, that rhymes!).

The final photo from Sunday School 2015! I left shortly afterwards and accidentally took the ‘wrong’ way out of the lot. I misjudged how high the speed bump was and while I (somehow) didn’t scrape, from hearing friends’ reactions I imagine I came quite close. Haha.

Have a good one!