I hope everyone’s been enjoying their weekend!  Tonight, coverage of the 2016 World of Wheels show carries on. As I mentioned in the last post, the photos for this event are more or less being shown in chronological order and as it happens this set is much more focused on classics, hot rods, and trucks. For any who were hoping to see more ‘tuners’ (for lack of a better category title) this time around, I’m sorry. Haha.

I always enjoy checking out other genres and classes of vehicles at shows like this, not only to admire the work but to also perhaps pick up an idea or two for a project of my own. My personal interests lie more with the modern, modified vehicles but I enjoy seeing what practices and styles are being used with other groups of vehicles and how owners go about their builds. At the end of the day we all share the same passion but just happen to apply it to different canvases, if you will.

All of that was basically a wordy way of saying that anyone who clicked on the link hoping to see more Skylines and Silvias like last time may be disappointed, but hopefully you enjoy the content regardless. 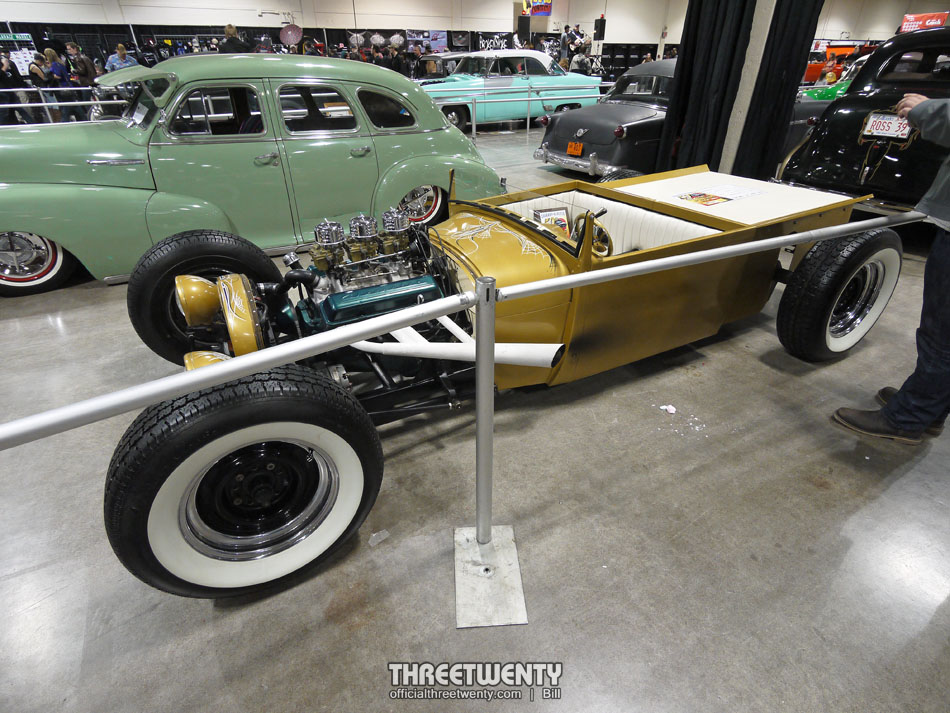 This stopped me in my tracks when I saw it and I had to go in for a closer look. What can I tell you about it? Well, not much really. 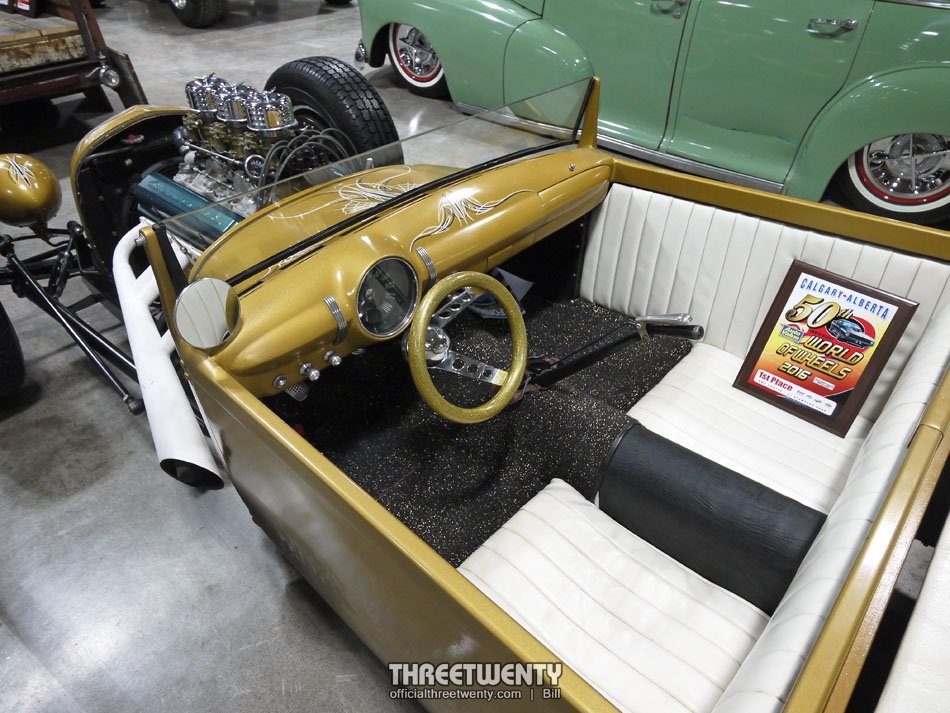 Perhaps someone can chime in with more info in the comments, but I don’t need to know specifics to know that I’m a fan. 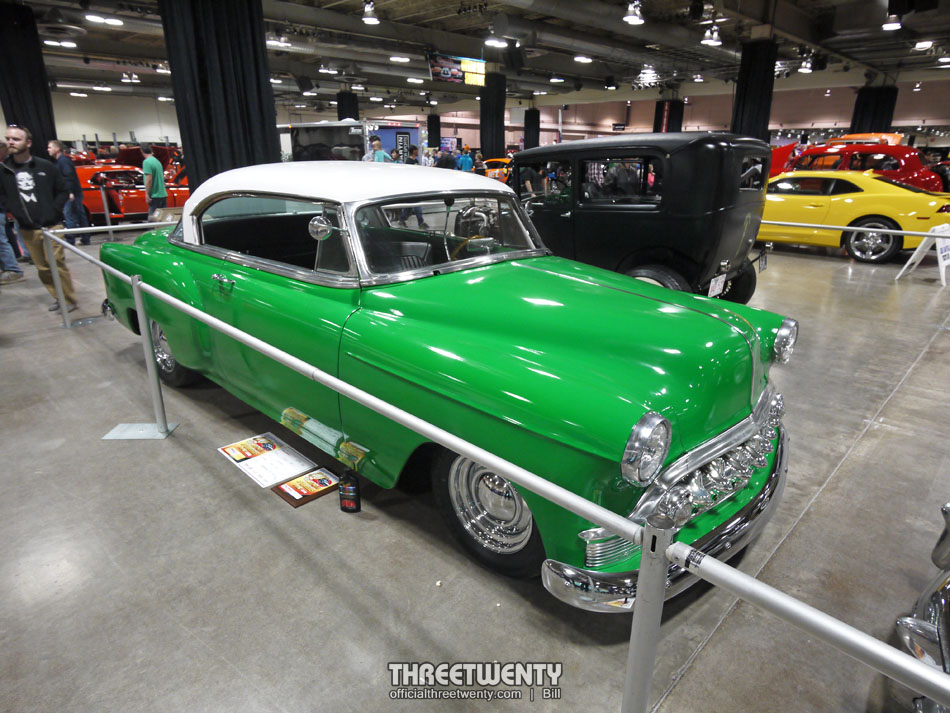 This ’53 Chevy really stood out with its bright green paint, and it took home second place in its class. 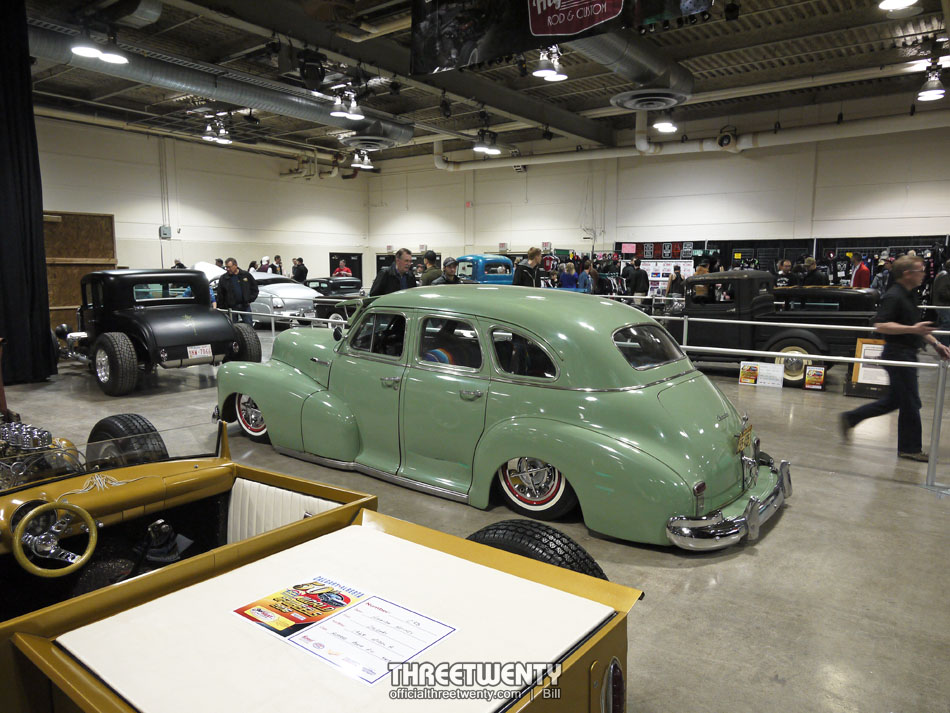 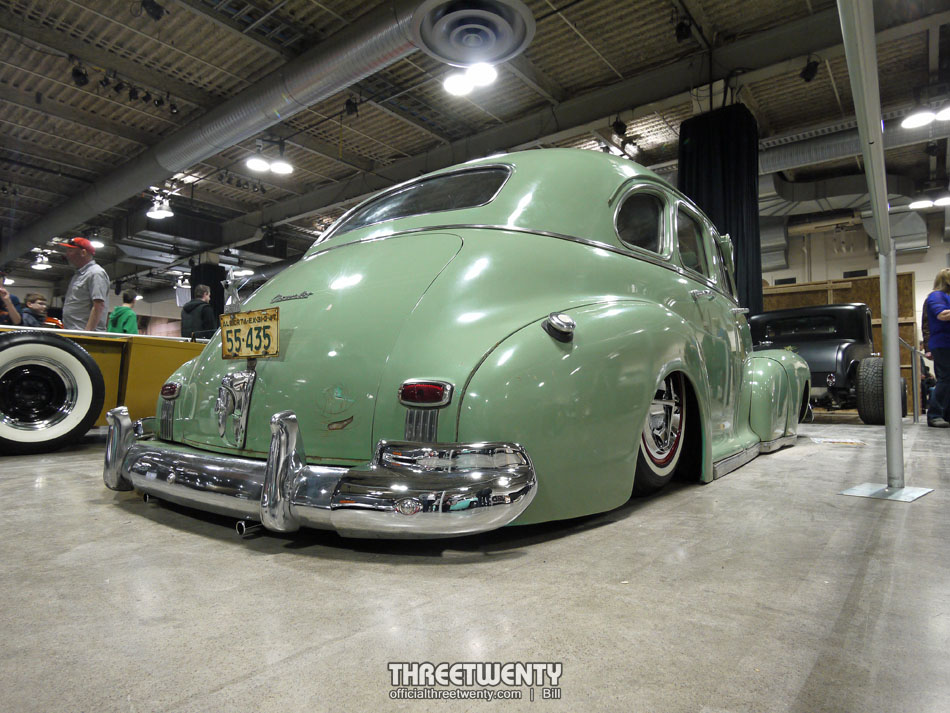 I will always admire the spotless, fully restored (or “over-restored”) cars but seeing patina equally interests me. Each bit of wear can tell a story. Honestly though, the first thing that drew me to this old Chevy was the fact it was dumped to the ground. 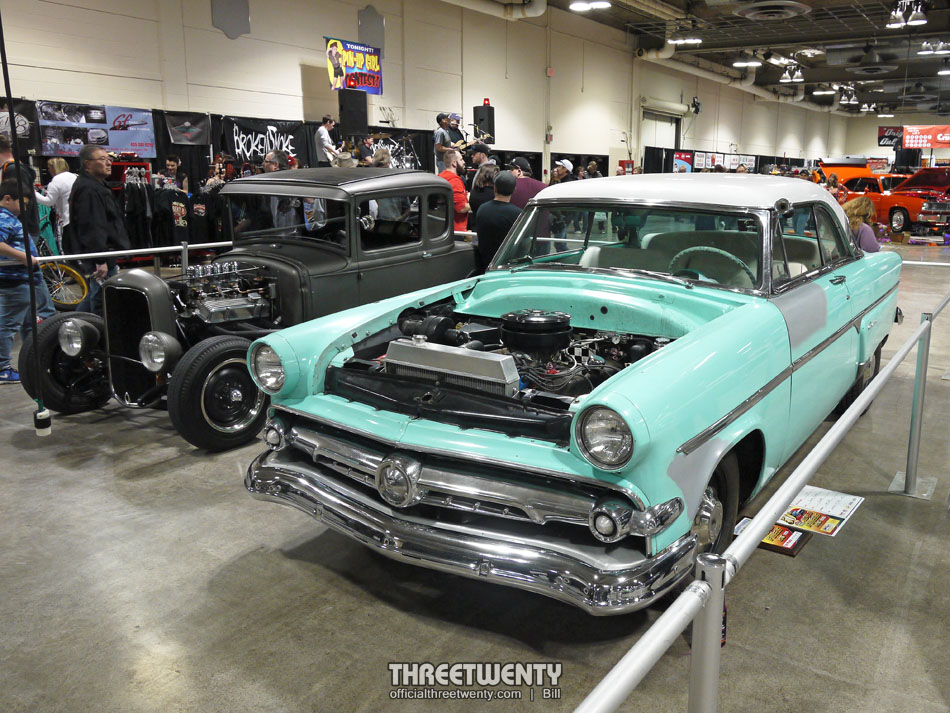 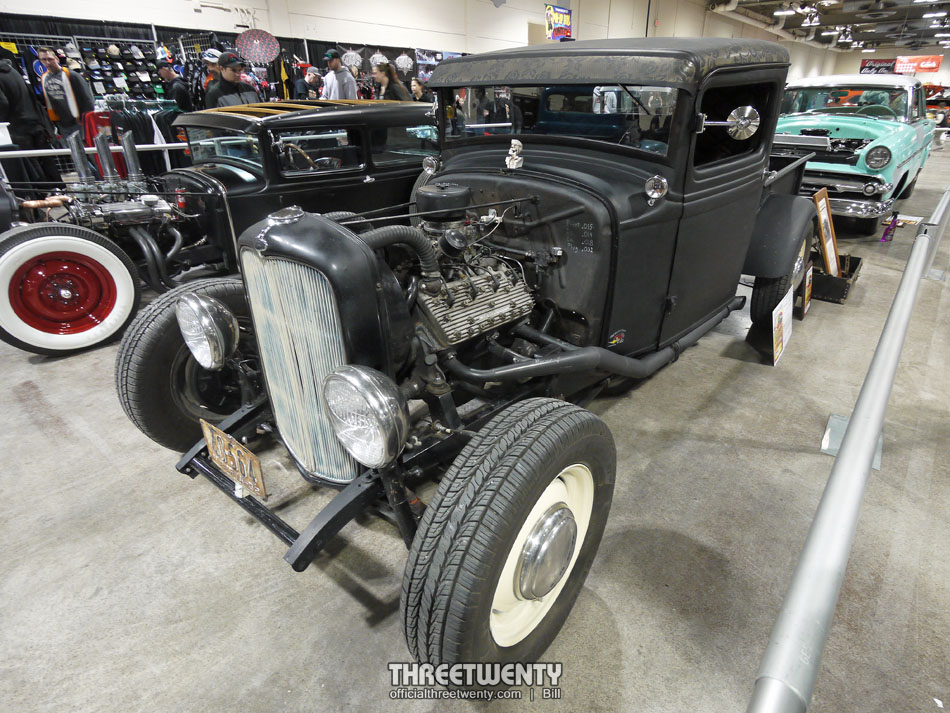 This ’32 Ford Model B caught Alex’s eye with the painted lace pattern on the roof. It was a nice subtle touch that added a bit of detail without shouting for attention against the matte black body. 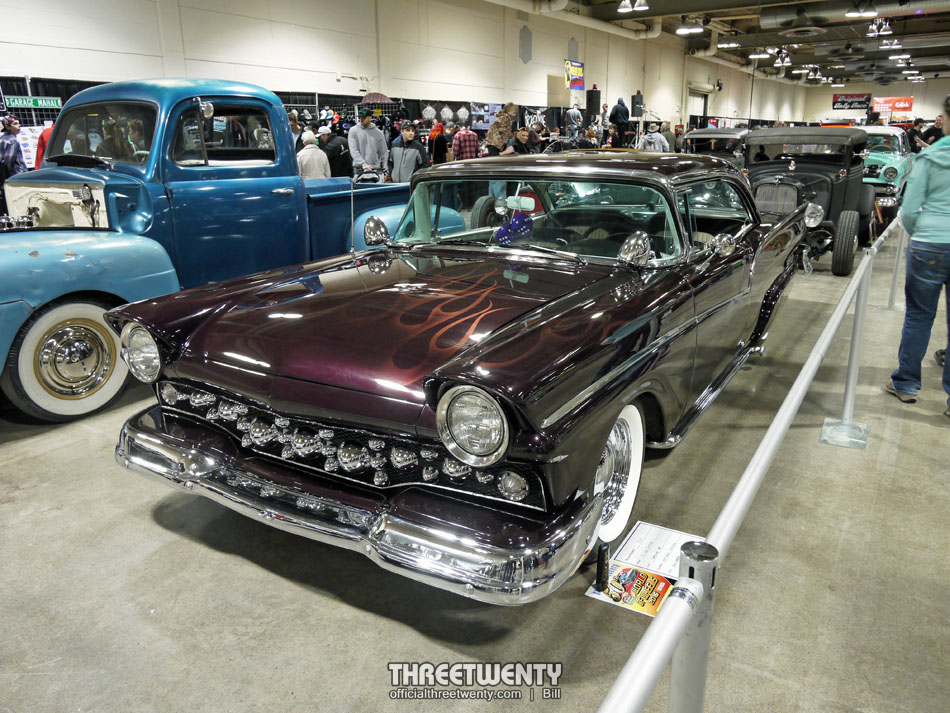 Perhaps I’ve said it before on the blog but I’m typically not one for flames on cars. However, this ’57 Fairlane was sporting some rather subtle ones which added a lot to the car in my opinion. 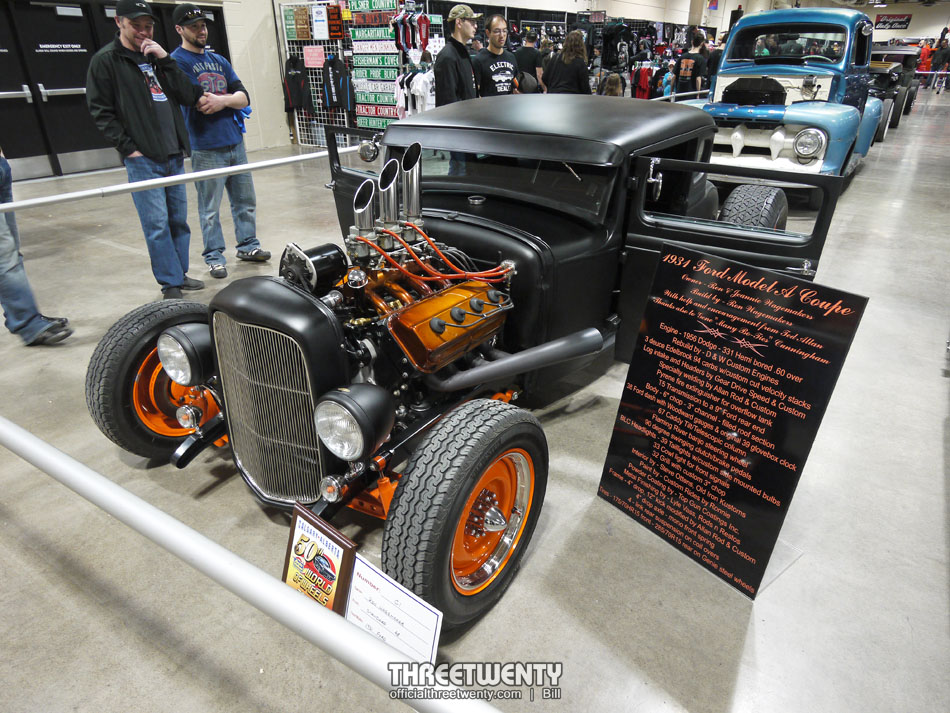 This Model A wound up being the cover photo for this entry because it was another of my favourites from the event. I immediately stopped when I saw this and leaned in for a closer look. The orange accents against the black manage to work without looking Halloween-y. 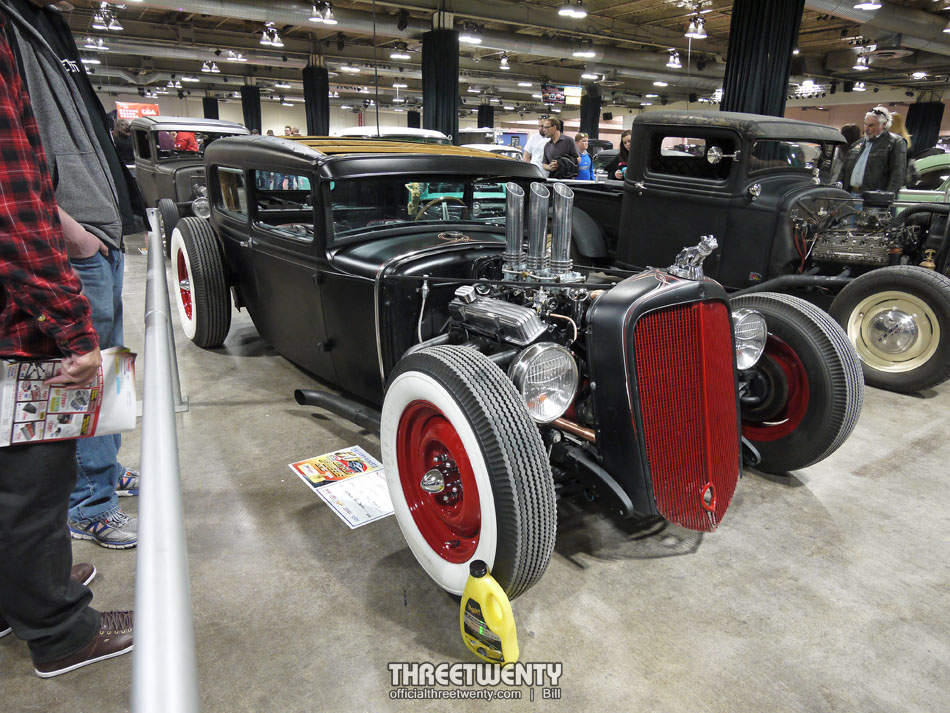 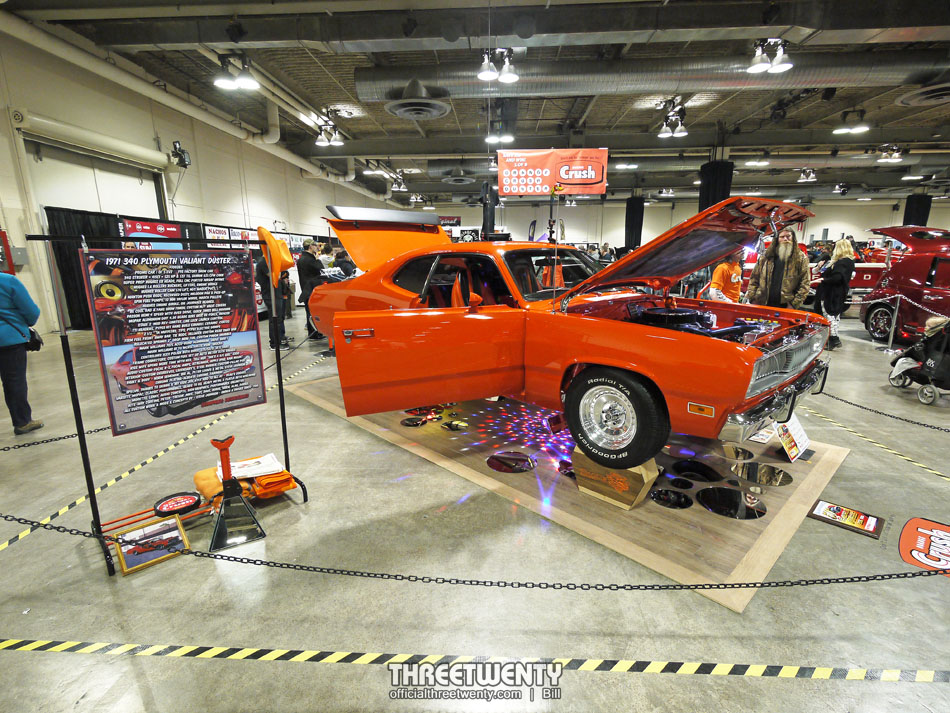 It’s interesting to see the variety of displays utilized at shows like this. Some take a minimalist approach while while others show their cars with much more elaborate displays. 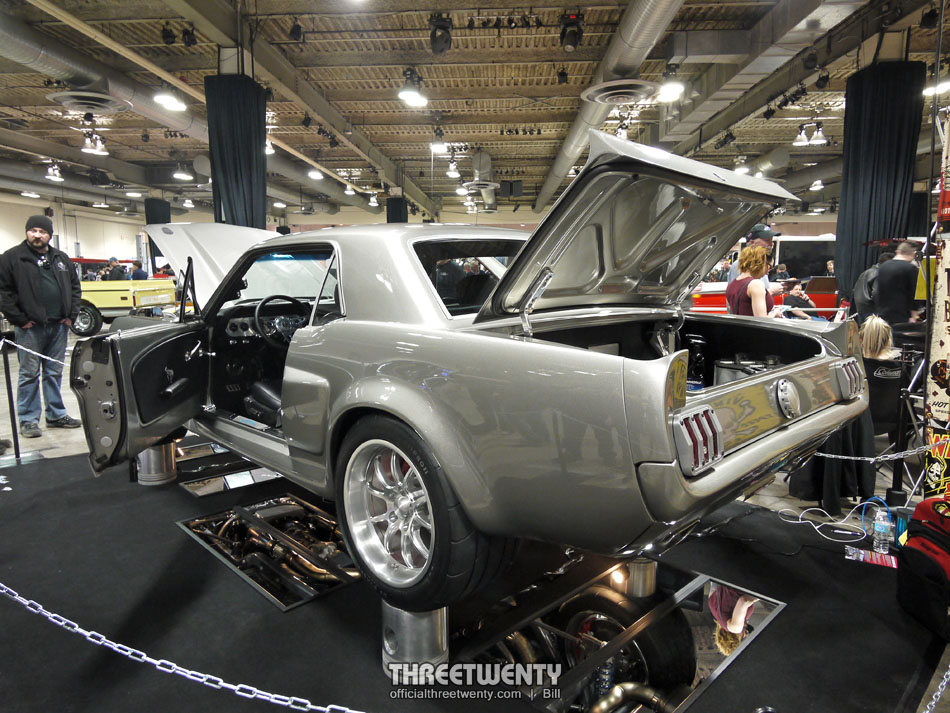 This 1966 Mustang didn’t seem to have much 1966 Mustang left in it. This build was way over on the extreme end of the spectrum. 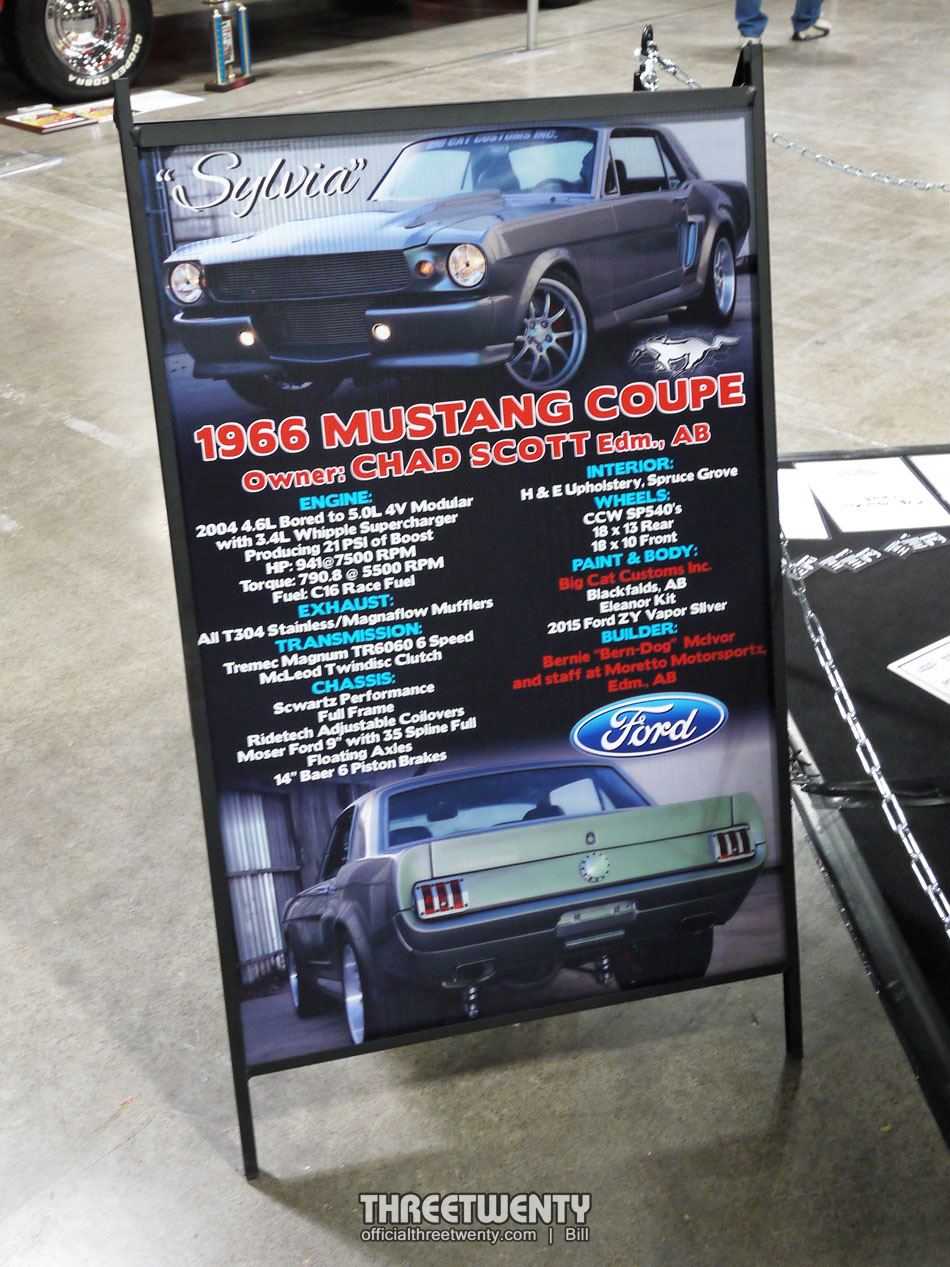 The supercharger alone was over half again the size of the Focus’ engine. This thing must sound mental at full throttle. 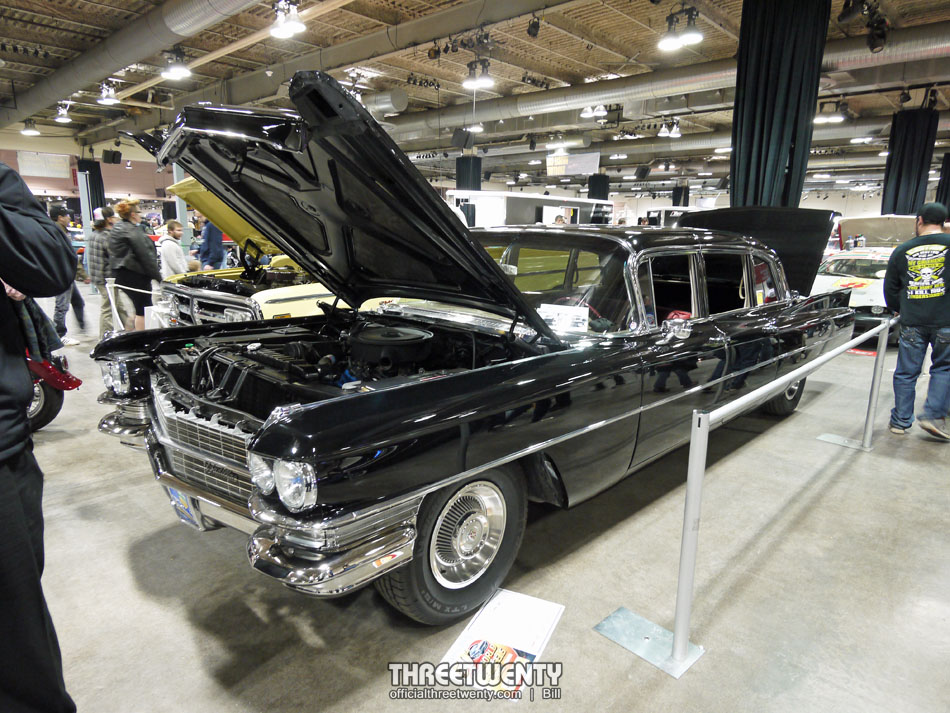 I think this ’63 Cadillac impressed us with its sheer size more than anything. Alex asked and the answer is 23 feet long! 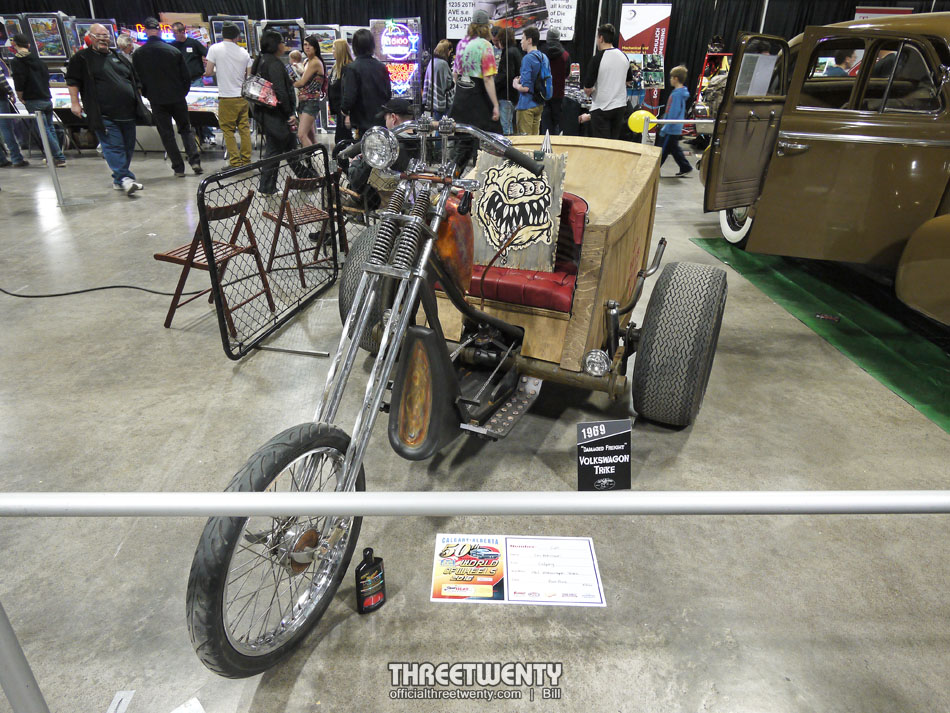 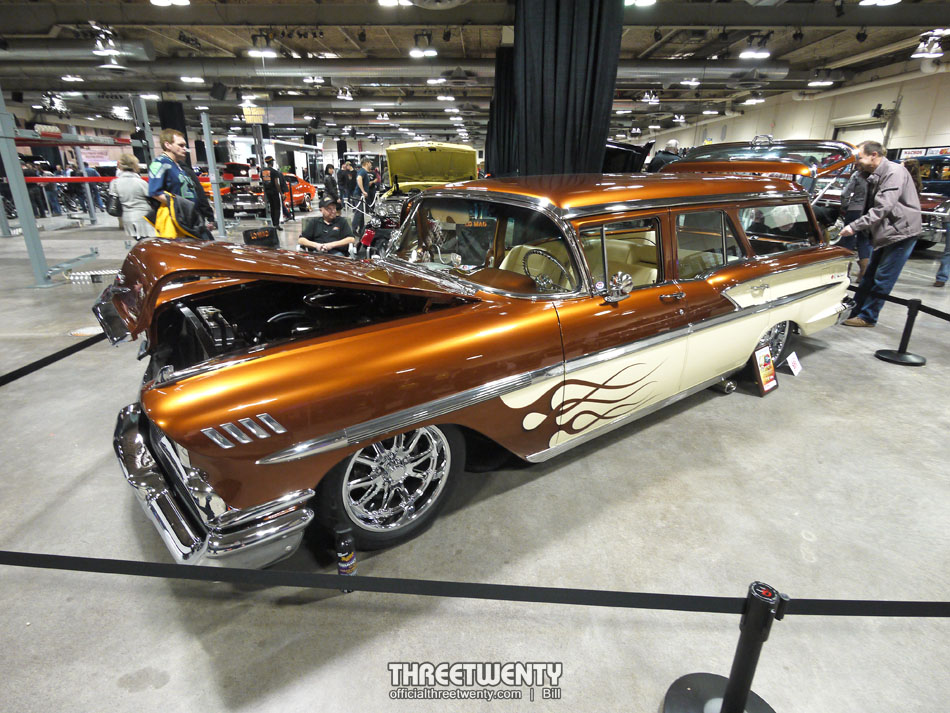 This 1958 Nomad came over from Manitoba. Thanks to air suspension its headers were pretty much touching the ground. 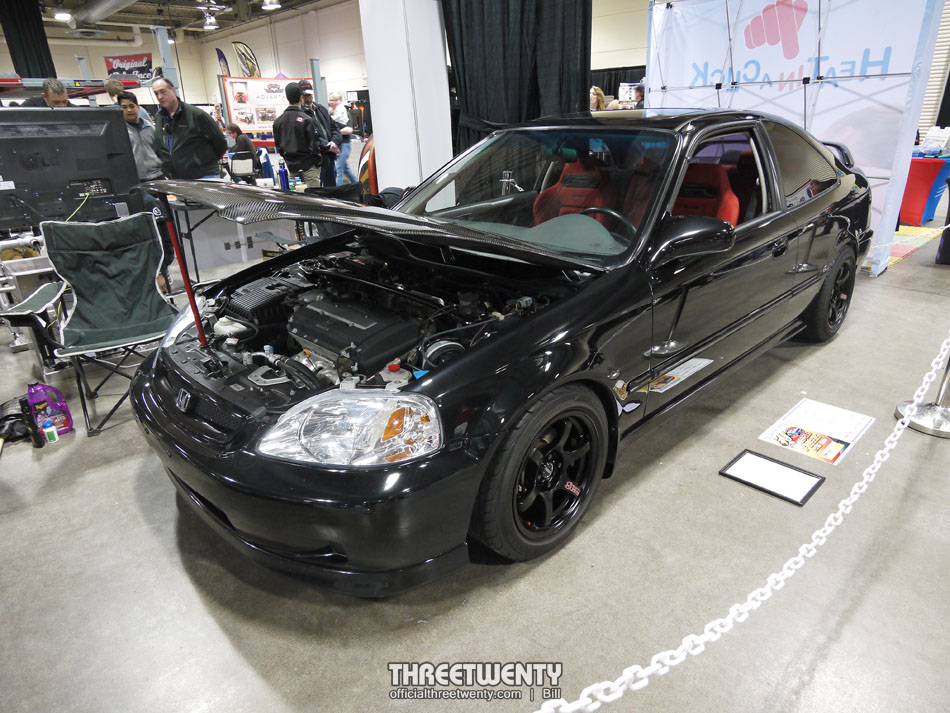 I remember seeing this Civic at a Grey Eagle meet – it stood out to me because of how clean it was.  Thanks to the information that was present at World of Wheels I can share a little more on it; it’s an original ’99 SiR with only 79000 km! 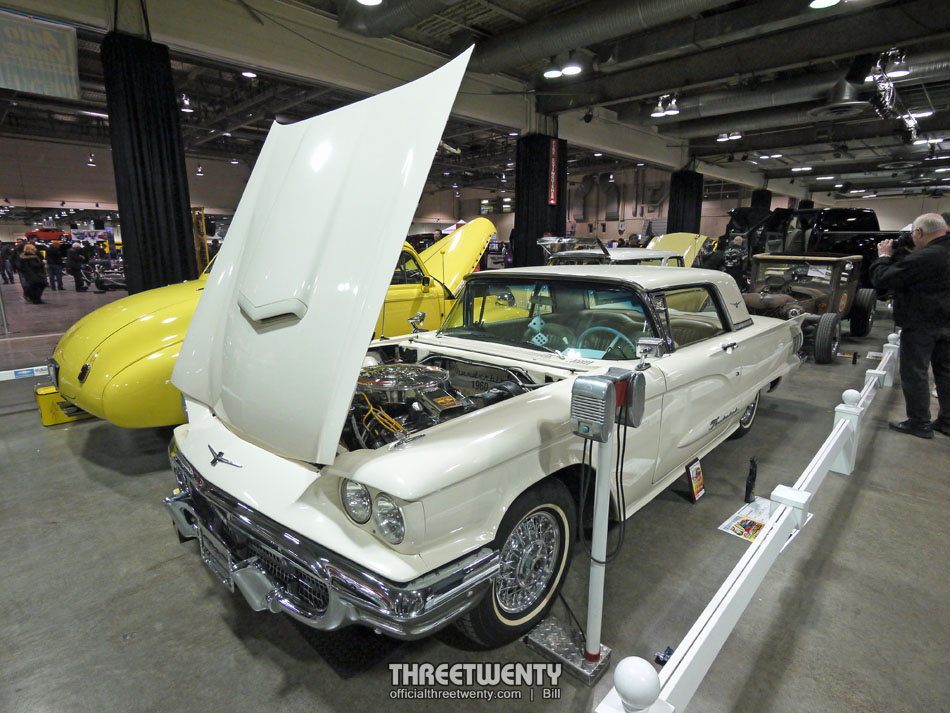 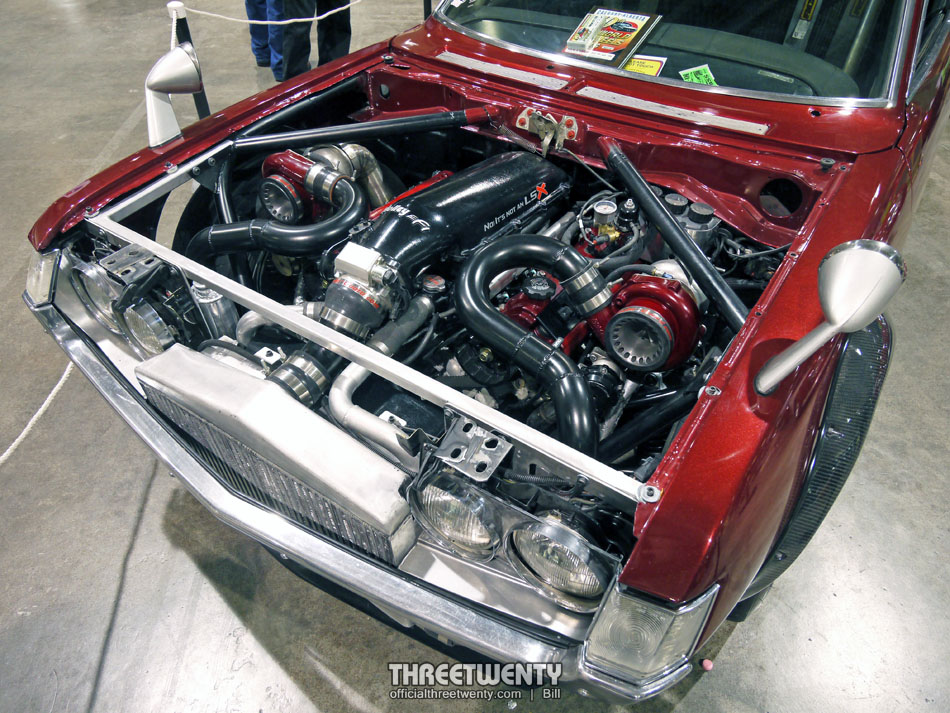 A coworker who had gone to the show the day before shared a few photos of this Celica with me. I was looking forward to seeing it in person and it didn’t disappoint! Twin-turbo V8 in a little 70’s Toyota? Yes please! 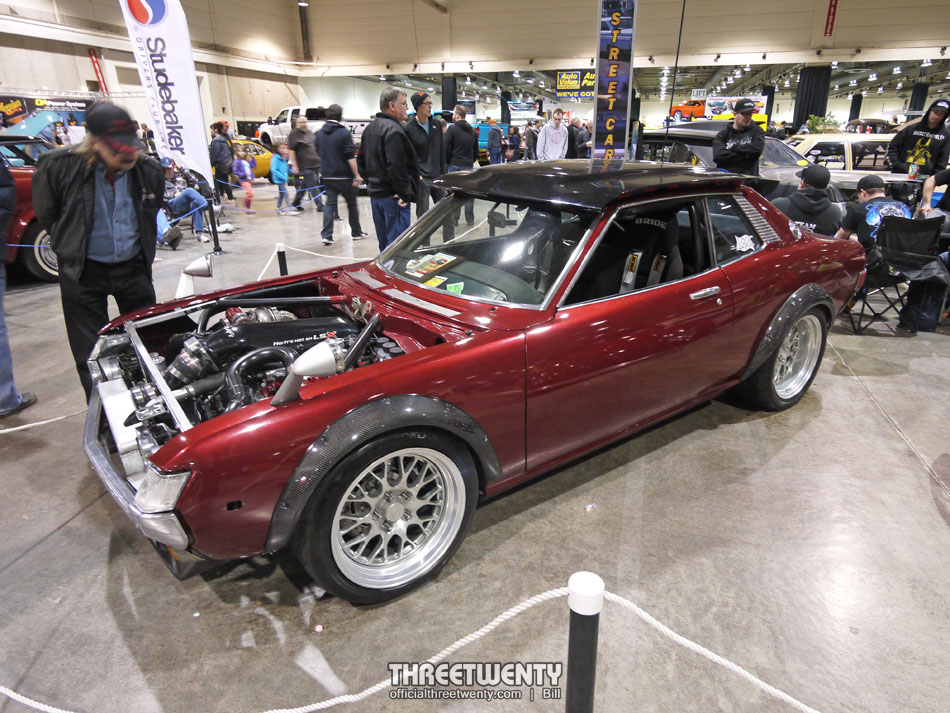 This was certainly an impressive build and I can’t even imagine how fast it must be with that heart transplant. 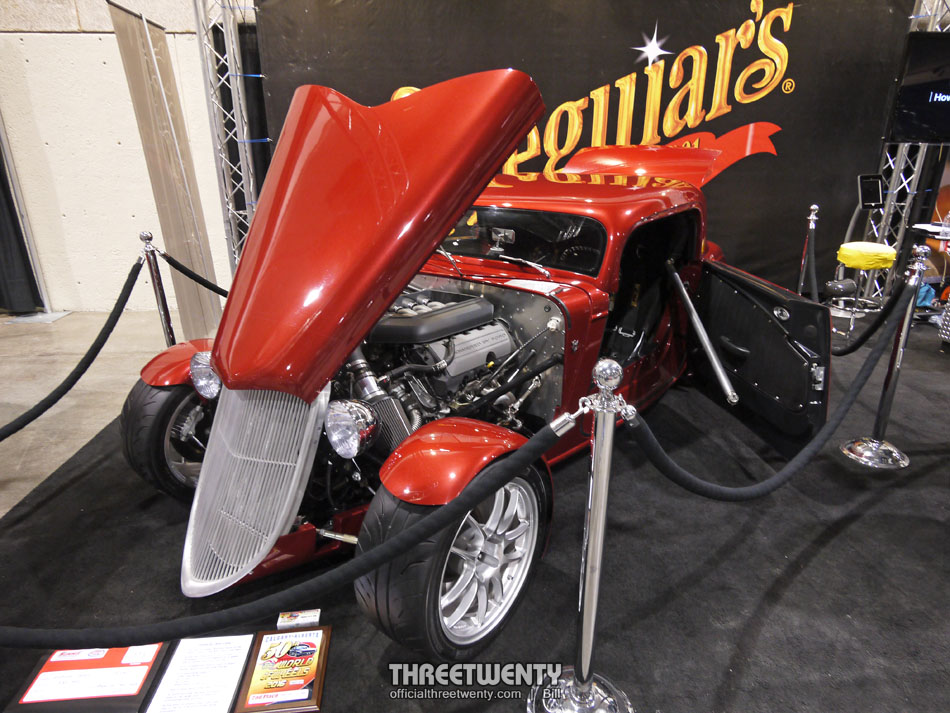 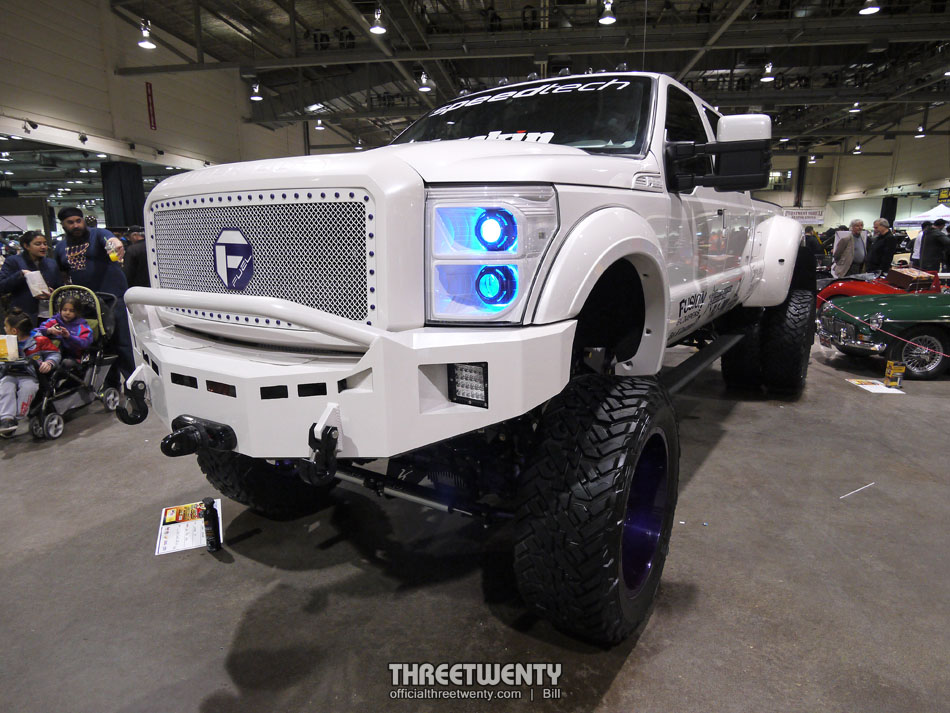 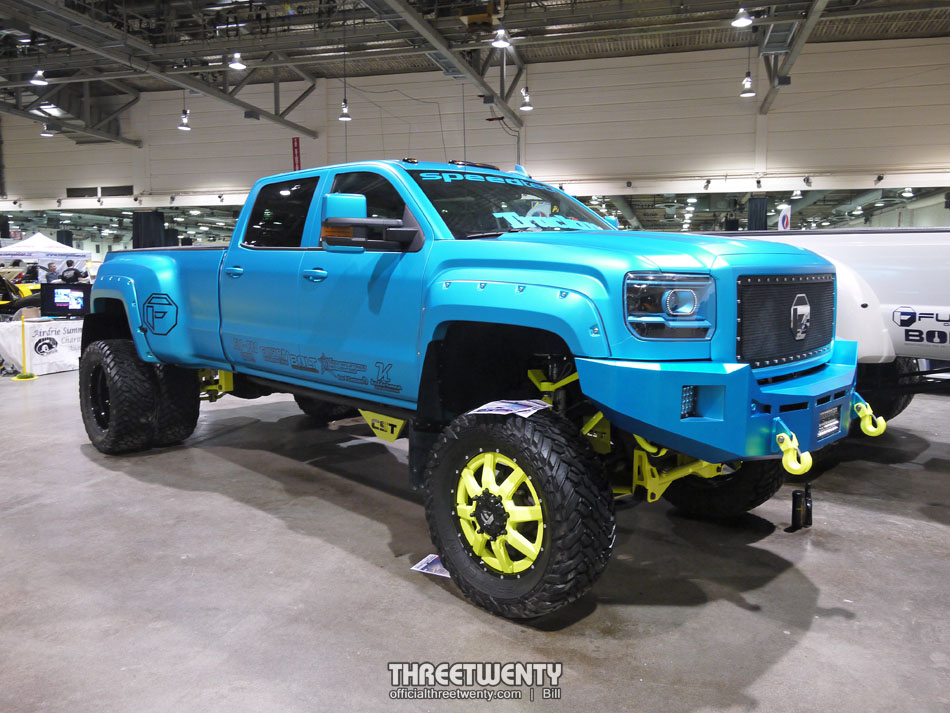 And now for something complete different – I unfortunately can’t share much information due to my personal lack of experience with projects like these so I’ll have to let the photos do the talking. I did like the matte metallic blue / highlighter yellow combo though. 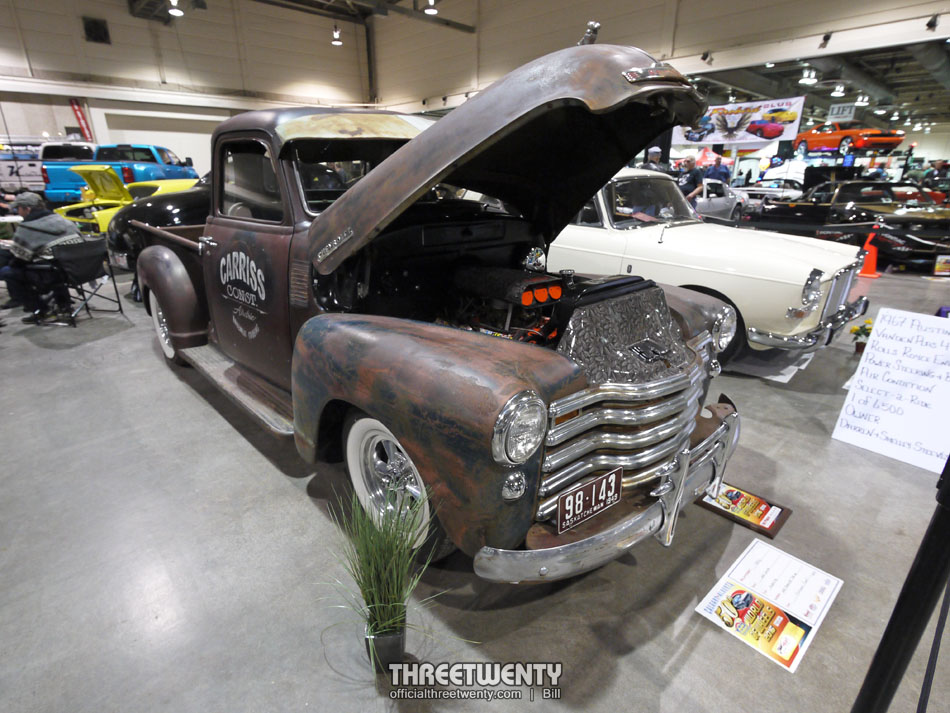 Now we move back a number of decades with this ’49 Chevy pickup. It featured an interesting contrast of the patina (or fauxtina?) against what appeared to be hydro-dipped and even stickerbombed pieces under the hood. 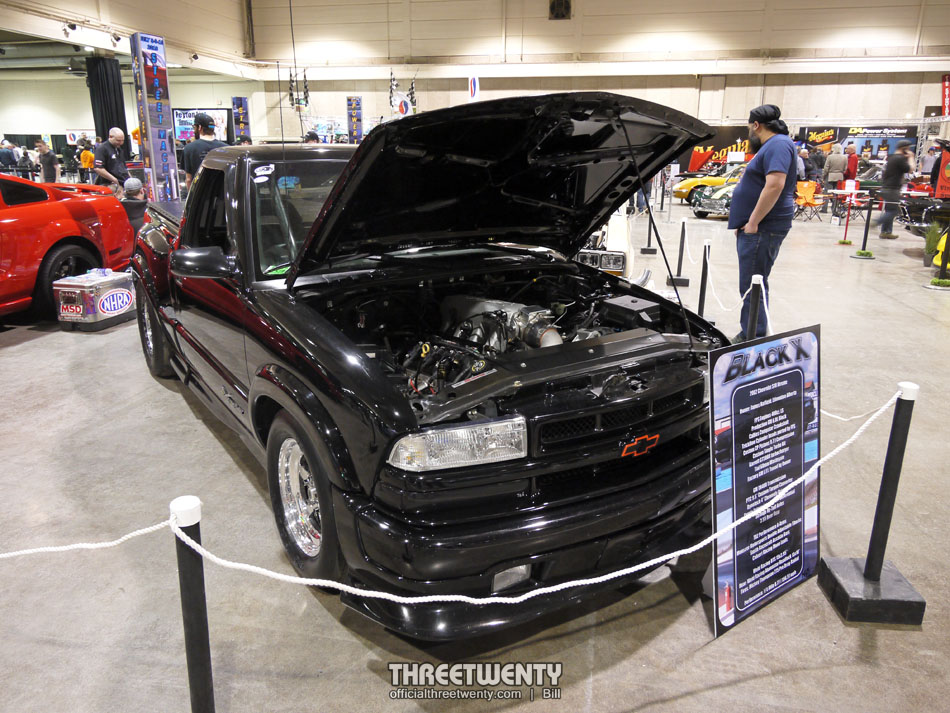 Last but not least, we close today’s post with this 2002 S10 Xtreme. According to the information board it has covered the quarter mile in just 8.77 seconds at 156.51mph. Those are some seriously impressive numbers!

With Part 2 now up, that leaves one final installment of photos from World of Wheels which I’ll try to have up in the next few days. I hope you all have been enjoying this look at the show and as always, thanks for reading!