It was less than a week ago that I posted photos of a Nitrous Blue Focus RS that had just arrived at Metro Ford, but for today I already have some of another example that arrived in town. Now as big of a fan as I am, I wouldn’t have posted a set of photos of another RS if they too were just exterior shots…

On Thursday I met Mario at his work and from there we cruised over to Marlborough Ford as they had just received a Shadow Black RS and we couldn’t pass up the chance to go check it out. Since it was of course a customer’s car we couldn’t drive it but they unlocked it and allowed us to take our time looking through the entire car front to back. Take our time, we did.

When we arrived we found it sitting just about front and center. Side note – the hatch is open here because Mario was back there, and I forgot to take another photo from this angle after he shut it again (oops).

While this one obviously had all of the protective wraps removed, it was still in need of a full detail so I hope you can all excuse the dirt you’ll see in the photos.

We took a closer look at the new door handles at which point we discovered the touch pad was moved to the inside instead of being the little square on the outside – much better!

As with STs, upon opening the doors we were greeted by decorative sill plates.

I have seen countless complaints online about the interior not being ‘special enough’ for a car of this price, but in person it certainly seemed worthy.

Blue stitching was everywhere and these seats are officially now my favourite OEM Recaros from Ford. I hope Ford Racing releases a set like they did with the Focus ST2 Recaros. One thing Mario noticed right away was that the headrests were of the adjustable variety unlike those from his ST that were fixed. 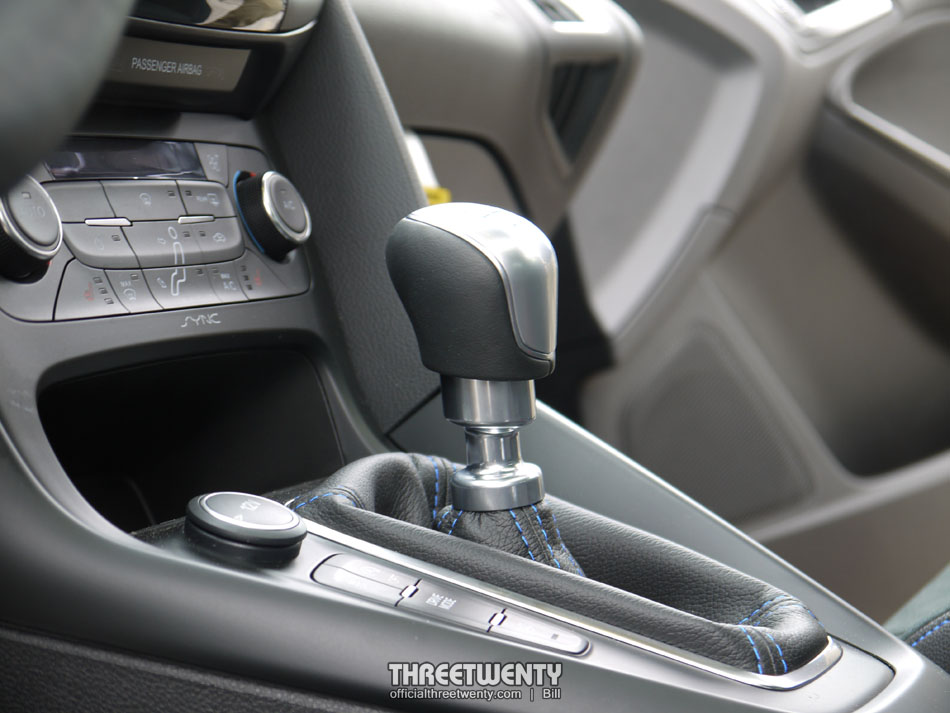 The flat-bottom steering wheel is another feature we both liked, and is something I’m sure will be sought after as an upgrade for other Mk3s. I’ve already seen many ask on forums as to the possibility of retrofitting it.

Auxiliary gauges, similar to the ST but with different graphics.

The aforementioned blue stitching even carried over to the door panel inserts, front and rear. Little details like this really added up to making the interior feel quite a step above what other Mk3s have.

Of course we popped the hood and spent a while looking around there too. There was plenty of plastic naturally but overall it looked pretty good. What randomly caught my eye though was how tiny the oil cap was!

Under the floor in the hatch resided the amp, tow hook, and a few other components. There was no spare tire, and instead the car had an inflator.

The fact that the facelifted tail lights on hatchbacks don’t line up with the fuel door still bugs me but I do think as a whole, the back end of the RS looks incredible. 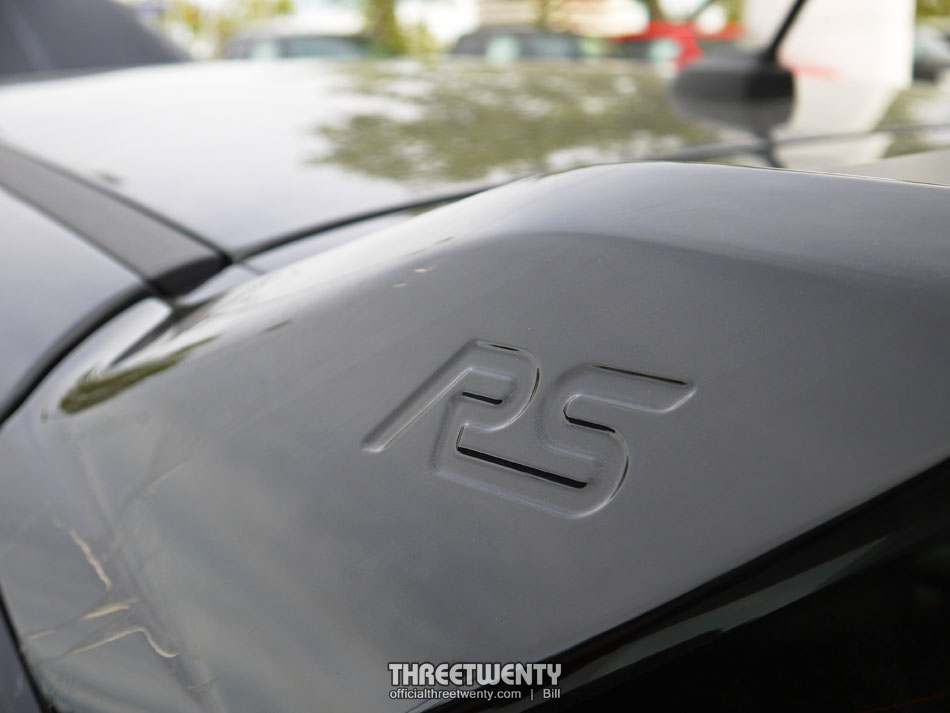 And last but not least, a few more detail shots.

Of course I took the opportunity to film the car as well, so for those who want to see more please click the play button above!

A special thanks goes to Marlborough for allowing us to look through the car and take the photos and video! Hopefully you’ve all enjoyed this little but more complete look at the new RS; now I just need to arrange driving one…