As I’m working on some decals I should take the opportunity to also get another entry up here for all of you, and so that is exactly what I will do.

Talking with friends recently, we’ve referenced the coming summer as an extended winter build season and I feel that’s probably the best way to look at it. We won’t be able to host shows or meets for obvious reasons but can still enjoy other aspects of the car hobby – such as installs – and as a bonus there’ll be the warmer summer weather keeping us comfortable instead of the below-zero temperatures.

The weather is the reason that spring is usually a mad dash around here as we rush to get cars ready for the show season. Yes, we have all winter to work but in many cases our home garages/shops aren’t heated, and handling cold metal tools and parts (even with gloves on) gets old rather quickly so the majority of the progress happens at the tail end as temperatures start to climb. This year around the pace can be slowed, allowing us to take our time with the installs and savour the progression of our projects.

Of them, the one I want to focus on specifically today would be the S15; with quite a makeover scheduled for the Nissan this year, before we get into all of its new parts (and continued fixes of issues) we need a mini post to bridge the gap between its last update on the site and what’s to come next. For that we first rewind to the end of last season, not too long after Sunday School:

As it was seen in some meet coverage last year (as well as on social media), the Silvia’s Koenigs were pulled off in favour of a staggered set of 17″, two-piece Meisters. I really wish I could have had these on for iMSS because they not only fit better, but then the cars would have all matched with white wheels; however, it wasn’t until after the show that I found them for sale. 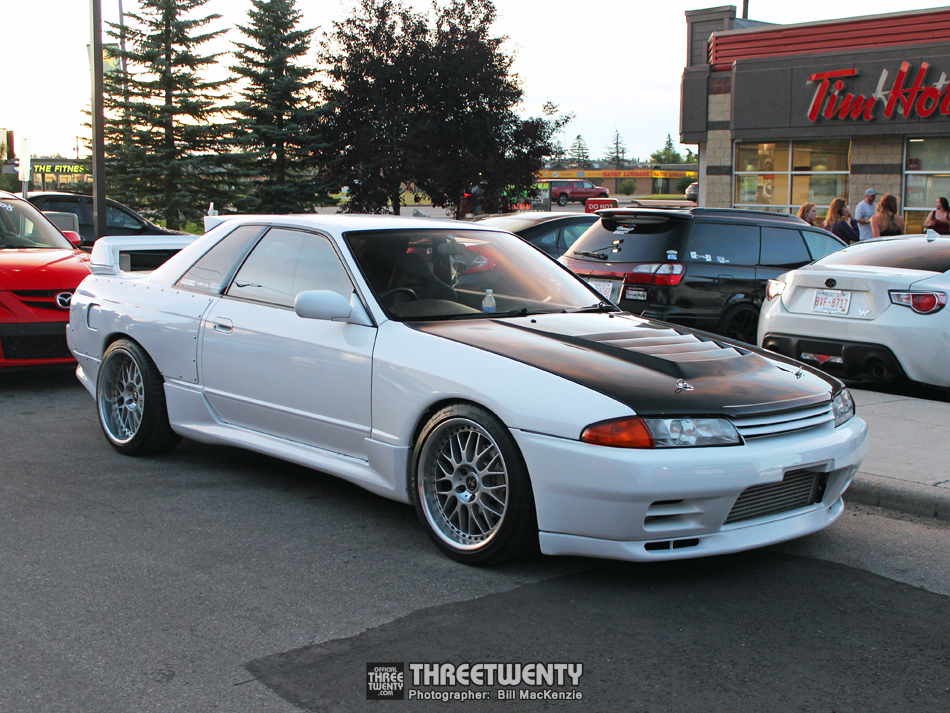 Some lunchtime Kijiji browsing saw me stumble across the ad, and conveniently they were very close to my work so I was able to pick them up one evening on my way home. They had come from this R32 which had since received overfenders and as such needed more aggressive wheels to fill them. The Meisters’ sizing was nearly perfect out of the box for the stock panels of my S15 and I’ll always appreciate the classic white car/white wheels combo, so I was sold as soon as we test-fit them. Those of you keeping track will realize that the Silvia has already seen almost as many sets of wheels as the Focus has, but while some have already come and gone I’d consider these to be the first long-term/semi-permanent set for this car, on rotation with something else…

A little while later, I decided to give just a bit of attention to the SR20DE. Now, pulling it out of the car is very much a matter of when and not if so I’m not planning to put much money into it outside of maintenance, similar to the Focus’ original engine. That said, I’m not against putting some parts on it if they are compatible with other engines, or at least potentially adaptable for another application so that they could be used in the future as well. A simple air filter kit ticked those boxes, and with the car already having an exhaust it made sense to accompany that with something on the other end of the system anyway. A little extra induction noise is always a welcome addition too. 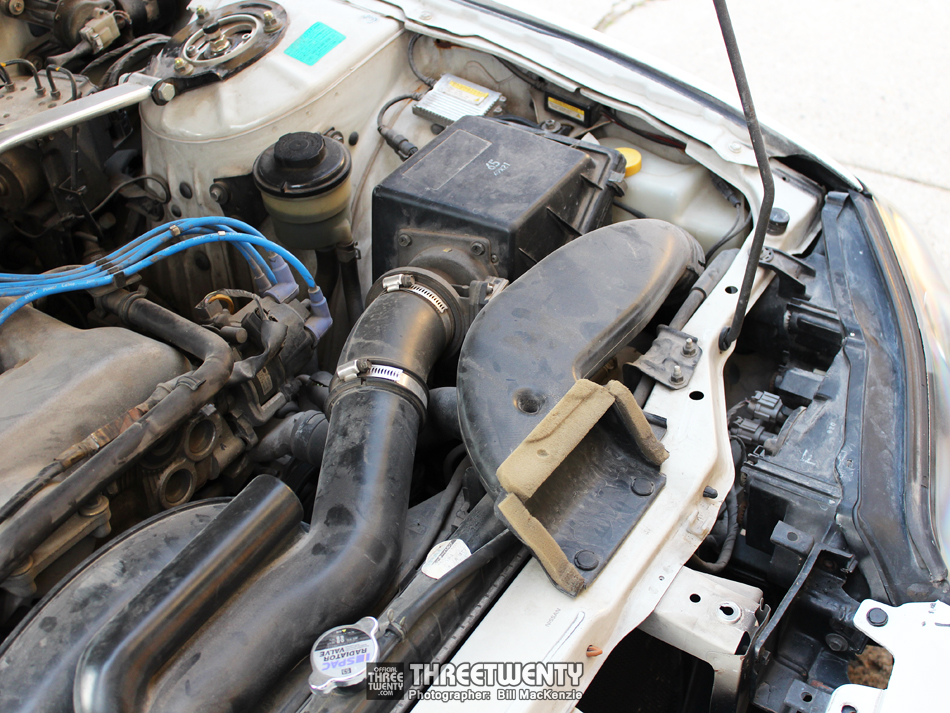 The original airbox assembly really served to clutter up the bay so the new filter would also start the process of visually cleaning everything up. Speaking of cleaning, in a literal sense this time, the engine bay was/is/will be for a little while longer still, disgusting. I know. This thing has a date with the strong detailing supplies the next time it’s out on the driveway, to wash the rest of this grime out. I can’t wait!

Anyway, the intake: I kept it fairly basic, opting to essentially just replace the airbox itself at this time. A Blitz filter was selected from the few options I looked at, with the fact it would match the car’s colour scheme simply being a bonus.

The mounting plate, support bracket, hardware, and clamp, along with instructions I couldn’t read; something I unsurprisingly never encountered with the Focus. Haha 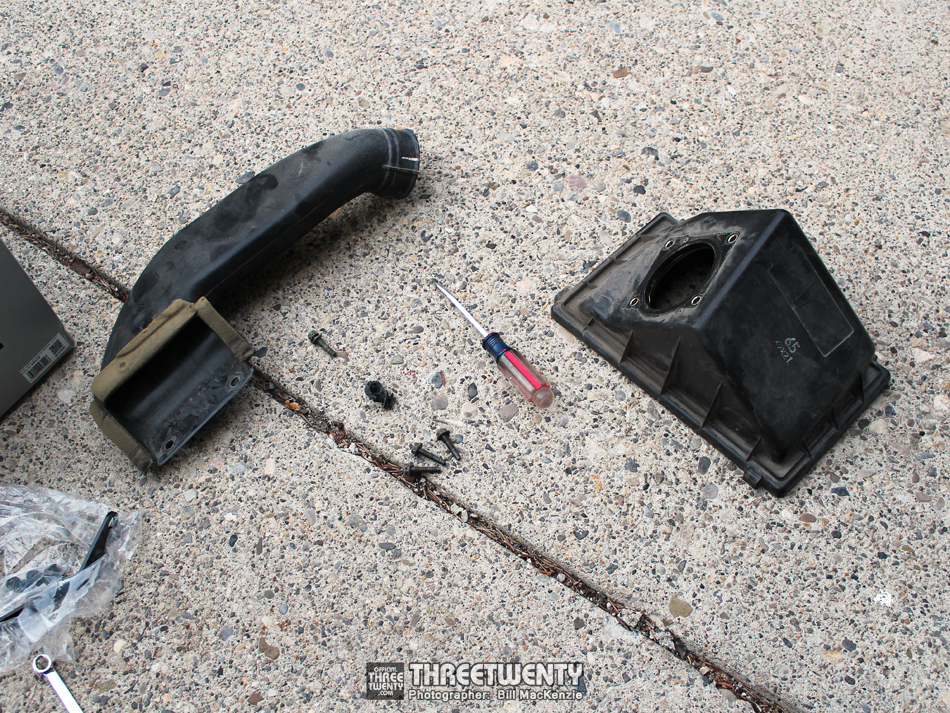 Only a few bolts and clips held the whole unit in, snorkel included, so before long it was all out of the bay before then being boxed up and set aside to go with the growing stash of original and spare parts from the Silvia. It’s always nice to have the old equipment should it ever be needed for any reason!

With access granted I did at least ensure this corner of the bay received a proper cleaning! That bracket still needs to be tidied and repainted too; it hasn’t escaped my attention.

…and the filter was then popped on to finish things up.

Like the Focus, I would expect the Silvia to retain its original powerplant for a few years before a swap starts being seriously explored, so for now the SR20DE will remain. I haven’t completely ruled out the idea of keeping an SR20 of some form in the car, but that’s all for down the road. In the meantime I do wish to tidy up the engine a bit with some refinishing of components (valve cover, I’m looking at you) and maybe a bit of relocating/tucking just so there’s a respectable bay to look at when the hood is popped. 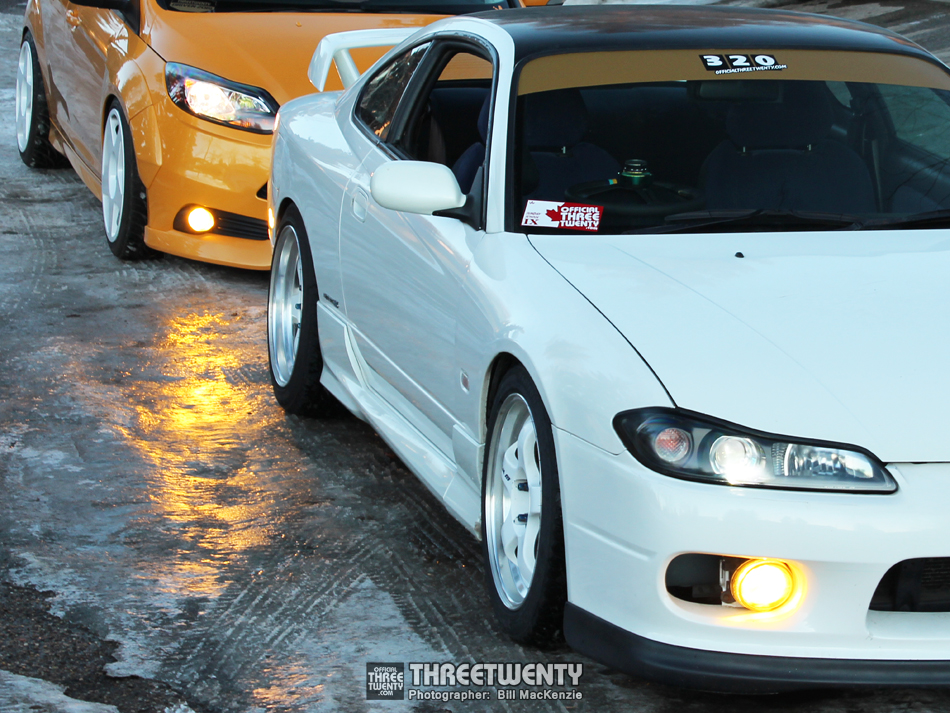 Incidentally, the hood is also something to cover here today. Along with Kijiji I was periodically checking Facebook marketplace and managed to secure a second OEM hood that still wore its pearl white paint, which was immediately fitted in place of the car’s original primered-then-vinyl-wrapped piece. It was nice to see the S15 a little closer to being one colour!

Following that the car effectively just sat – as did the others – as the snowy months passed. Parts kept trickling in and it was only a couple of weeks back now that prep for the 2020 buildup officially started. I was able to coordinate with Speedy and get a few pieces delivered for paint (while keeping safe distances and avoiding direct interaction of course), including a new front lip, OEM rear spats, and even that original vinyl-wrapped hood. They are still in the care of the guys at the shop so all will start being shown in one of the next updates on the Silvia, including the contents of these rather large boxes which arrived a little while ago! 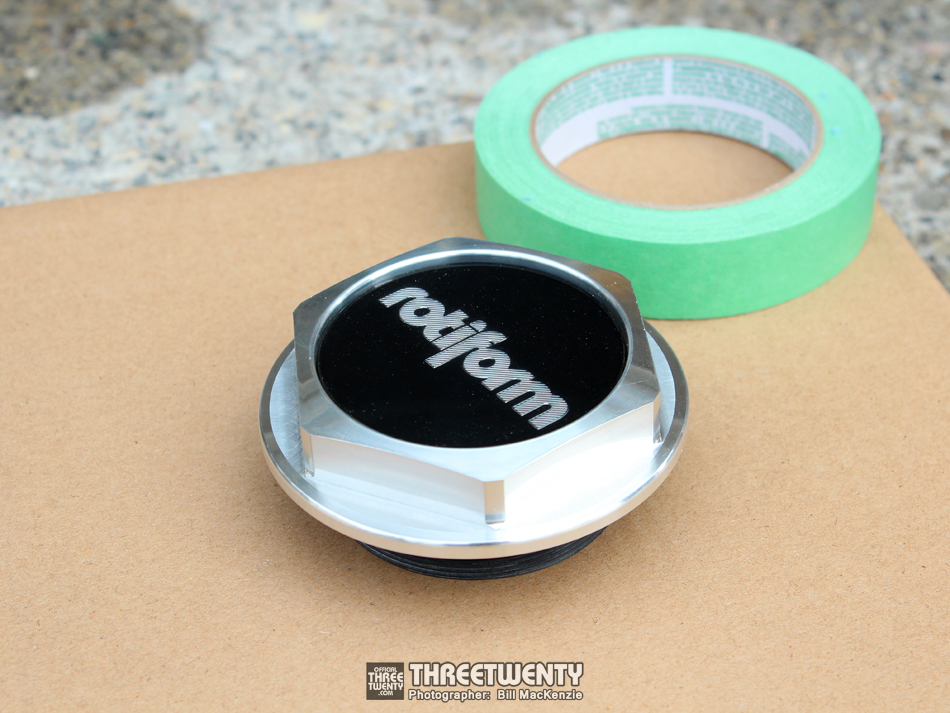 As I described it in the last update, the S15 is an opportunity to try something different as compared to the Focus or Grand Prix. I wouldn’t be surprised if the Grand Prix never sees aftermarket wheels at all and the Focus will forever be a fifteen52 car of course, so with the Silvia I opted to try a company I’d never dealt with before, as well as a size of wheel I’d never run before. I’m excited to see how all of this comes together.