Last Friday – at long last – was the day I was able to collect the S15 from Speedy and have it brought home for reassembly! The last time I’d been this excited was when I had first bought it, I think. The 3 months that the car had been at the shop felt like much more than that but this wasn’t time spent; rather, time invested. The return of this investment was an S15 that would actually turn heads for the right reasons – and it has been, non-stop – and one that now has the potential to actually compete at shows instead of just participate.

Mid-week I tossed up the short video highlighting some of the reassembly, and for today I have the photos and extra details to accompany it. There’s still more to put back on the car (both in terms of original parts and new modifications) but it’s now at the stage where it can be driven and at least looks like a complete car again. 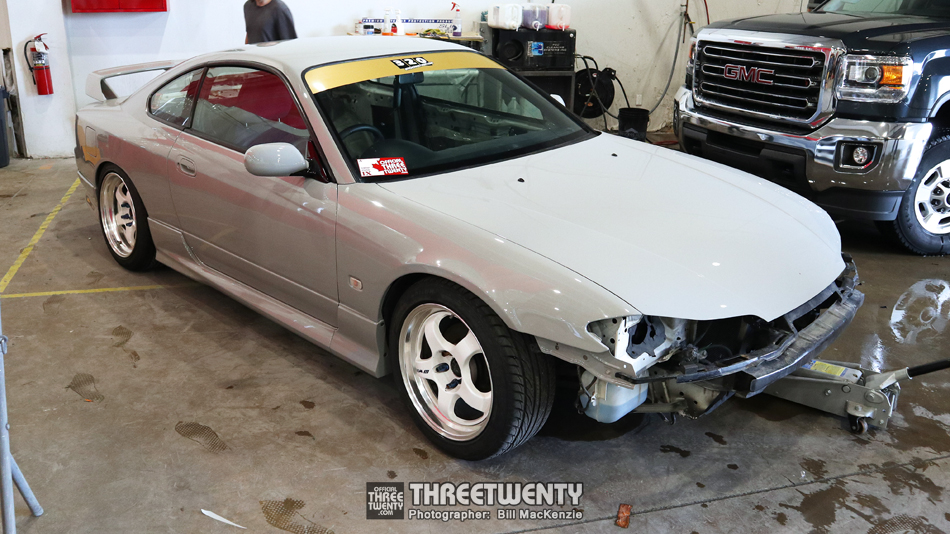 As noted in the last update the paint protection film (PPF) was the final item to address so arrangements were made for me to come by Friday afternoon to collect it, giving Tommy the week to measure, cut, and apply everything. For obvious reasons I don’t wish to ever need to redo this respray, so I wanted everything locked in and protected from whatever our roads may throw my way.

Tommy did a fantastic job, with the only real clue that the car’s wrapped being the seam on the roof since only the front edge was covered. I asked for a package pretty similar to what Mustard wears, so the entire front end (painted parts of the lip included) has been covered as well as the front of the roof, a-pillars, mirror caps, side skirts, and rear spats – basically anything that is forward-facing and/or close to the ground and wheels.

The coverage even extends under the front lip, but happily I’ve yet to put it to use. I thought for sure the lip would immediately kiss my driveway since Mustard’s Cups do quite often.

After saying hi to everyone and quickly checking out the car I called AMA for a flatbed and hung out with Devon for a bit while we waited on the truck. Once it arrived the driver (Jim) had the car safely loaded up in no time and we were off (with me leading the way in the ‘Burban). 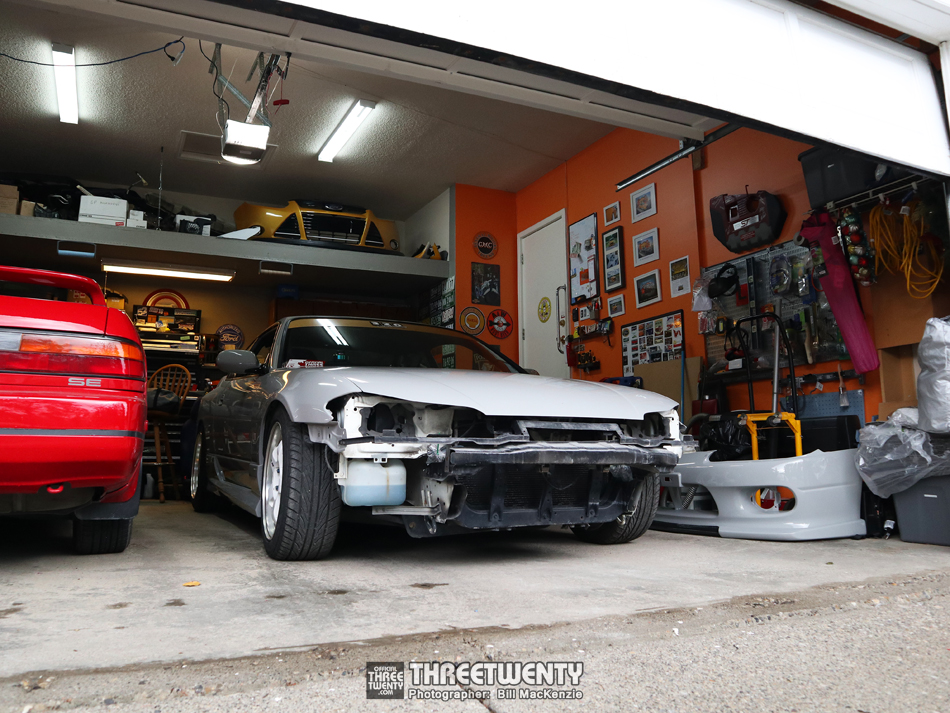 As mentioned in the video the skies opened up immediately after the S15 was under cover, so we got it back to the garage just in time. Speaking of our garage, we’d repainted it a few years back now and I had chosen the orange accent wall to go along with the Foci while grey was picked just to be neutral. Funny how the S15 now matches the scheme too…

Anyway, with my original plans of putting the exterior together and taking it out to a local meet out the window, I decided to carry on further with the reassembly that night and put a lot of the interior back in too. Before that though, it was time to fit all of the lights and other pieces that I’d cleaned up during the car’s absence. The 3rd brake light was scratched and dull, so I gave it a few coats of automotive-grade clear before wetsanding it back (1500/2000 grit) and polishing it. 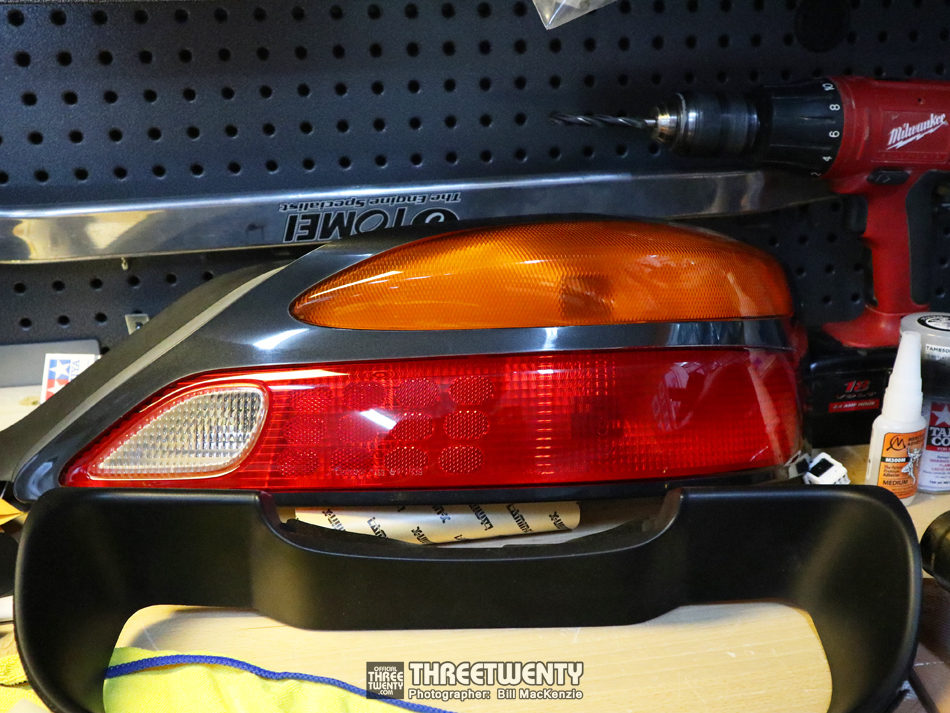 The tail lights weren’t nearly as bad as the other lights, so they mainly just needed a polish before going back in. 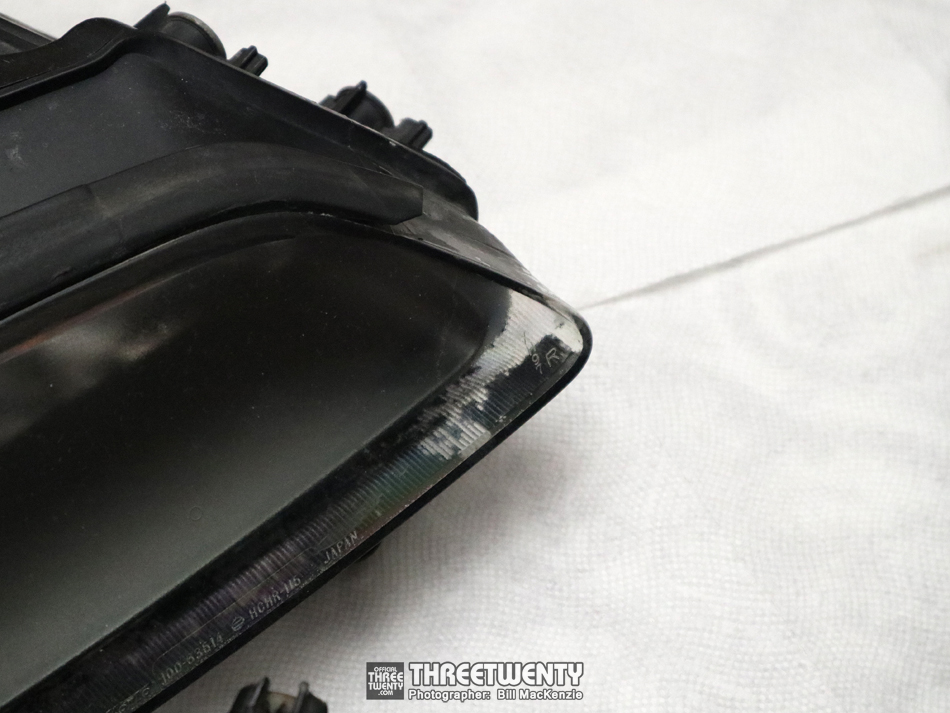 The headlights however, were (still) the worst. Some may recall from earlier updates that these things were heavily damaged when I first bought the car, having been scratched up with the same sandpaper used to strip the hood. I’d recleared them last summer but they still needed a lot of love, so with them off the car I wetsanded and polished the lenses as well before masking off and repainting the black border on each.

These lights are now massively better than they were originally, though are still far from perfect. Fortunately you can still buy brand new OEM units and a set of those will ultimately make their way onto the car, but for the time being these are staying just so that I can try to keep my spending somewhat under control this summer. I can point out flaws in them though I doubt anyone else will ever notice.

The wiper arms were also on the list of parts that really needed some attention. One wasn’t too bad for its age, but the other was a different story. The old coating was taken back, rust was sanded off, and each was given a nice new coat of black before receiving new blades (thanks Mario). I did however, completely forget to do the same to the rear wiper so the car’s currently running without while I refinish it to match. 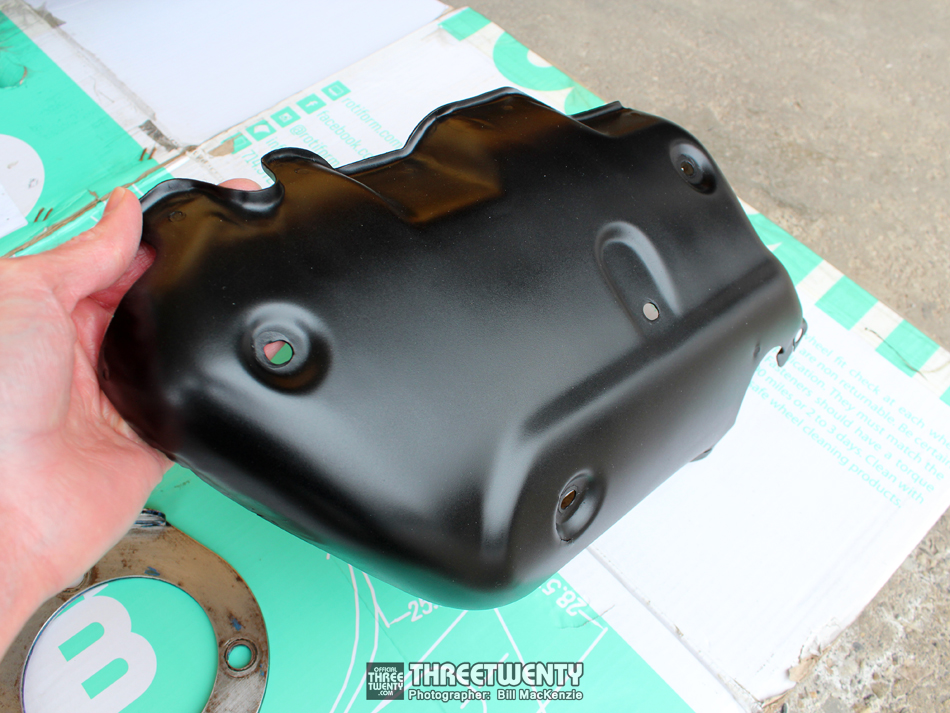 Also painted was the rusty OEM heatshield; this took a bit more effort to turn around, but now also looks much better than it did.

The final exterior components that made their way on this evening were the fog lights – each wearing new yellow Lamin-X – and the brand new OEM emblem. Nissan offers the S15’s emblems in both chrome and smoked/darkened chrome; I ordered the smoked versions since that’s what the car came to me with (whether or not they were original to the car I don’t know) plus I prefer the look over the standard chrome pieces. 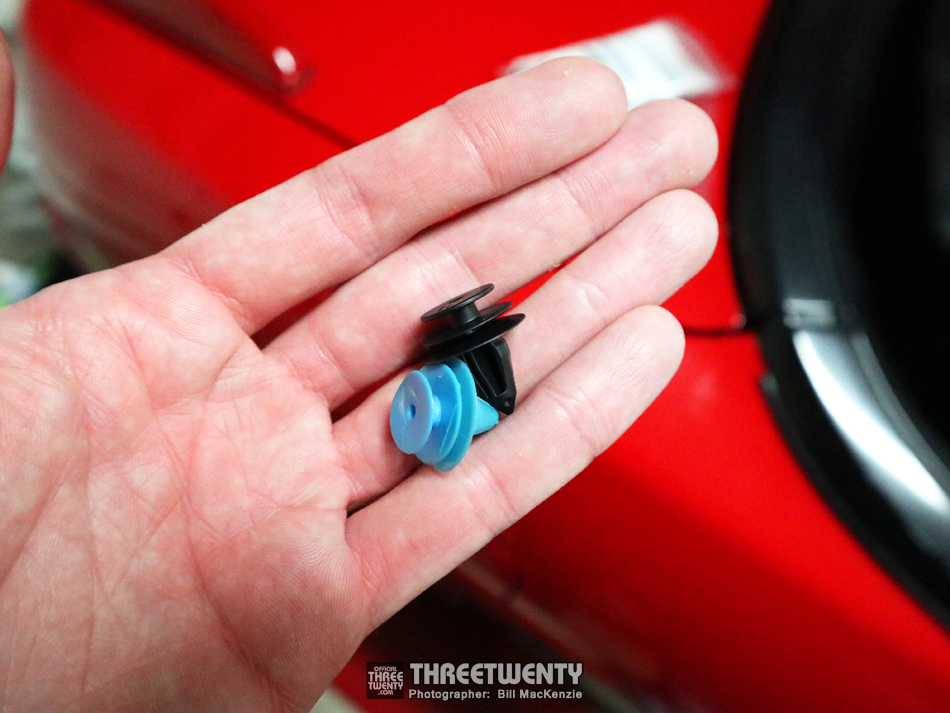 The interior’s partial reassembly wasn’t nearly as exciting as the exterior’s though I did take the opportunity to clean up all of the pieces as they went back in, and replaced the worn clips with brand new ones so that all of the panels would be held in better. There’s still lots to do inside the car but the back half doesn’t need to come out again so I’m calling that area “done”. If you’ve seen the car in person you’ll have likely noticed that it’s still missing its door panels and part of the dash but they’re going back in before long now.

With the car buttoned up I ended the night with a couple of final photos and then headed to bed, ready to take it out for a spin come morning.

Since last weekend I’ve had the S15 out multiple times now to both road test it and just enjoy it, and have even been able to take it to a few meets and gatherings. The feedback it has been getting thus far has been phenomenal to say the least, with the colour especially getting a lot of love. It’s hard to believe that this is the same car! I can’t thank the team at Speedy (Tommy included) enough for the huge amount of work they put into the body over the last few months as they really turned this car around! Now it’s time to carry on with the other items on its to-do list, including the new wheels (which have been delayed slightly), new suspension, some new interior trim, and more.

And while we’re doing that, Speedy is now going to be busily working on the Suburban as it has certainly earned a refresh of its own after 27 years serving as our trailer tower/parts hauler/roadtripper/moving van. I’m excited to see how it turns out!