It’s a sunny Saturday morning, you have nothing much to do, and there’s a car sitting in your garage which you just spent hours the previous night (and morning) reassembling after it was away being painted for a little over 3 months. Seems like a perfect time to go for a drive!

It also seems like a perfect time (scratch that, it’s actually overdue) to carry on with the “Explore Alberta” series of posts. To be fair I have actually been doing pretty well with my plan to get out and see more of Alberta this season, using the days which would otherwise be taken up with car shows to go and explore instead. There are more photos yet to come from these loosely-planned adventures and I’ve already visited a few places which I hadn’t been to in years, or ever. Today’s photo set though is specifically from the S15’s first outing a few weeks back.

The last time that the car had left my neighbourhood under its own power was about October of last year, prior to being parked for winter. Come spring it was then torn apart before being tossed on a flatbed and hauled off for the repaint, without even being taken out for one drive first. To say I was wanting to get behind the wheel again would be an understatement. 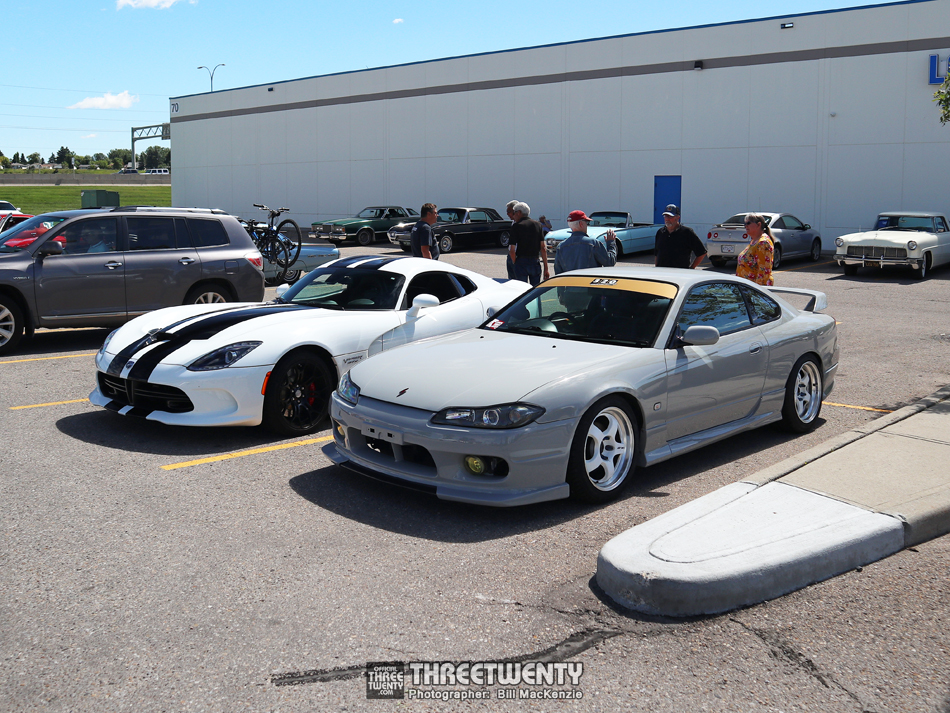 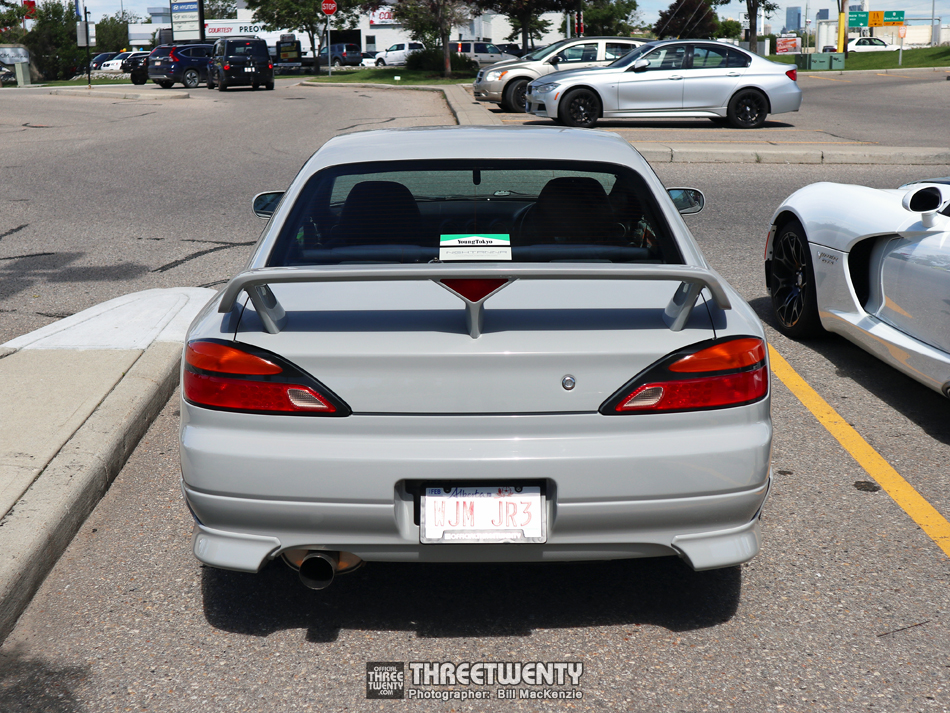 After staying up late to get much of the car back together, Saturday morning the car was then off for its first real drive. If you’ve watched the video covering its reassembly after paint you’d have seen a few of the coming photos as part of that, including these: the first stop was to our Thunderbird Club’s weekly breakfast/coffee gathering at A&W (my mother left her TBird at home to ride with me instead). They’d all been wanting to see the car with its new paint, and a snack would be welcome too so we stopped there first. Jeff even directed me park next to him so that no one could park beside the S15. The Viper was its bodyguard for the morning. 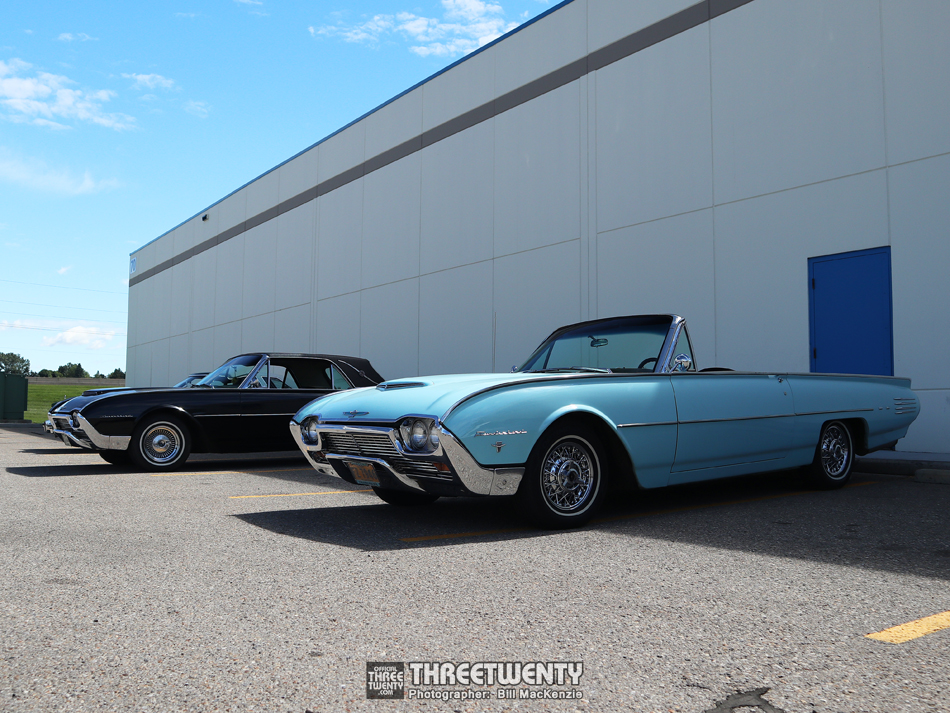 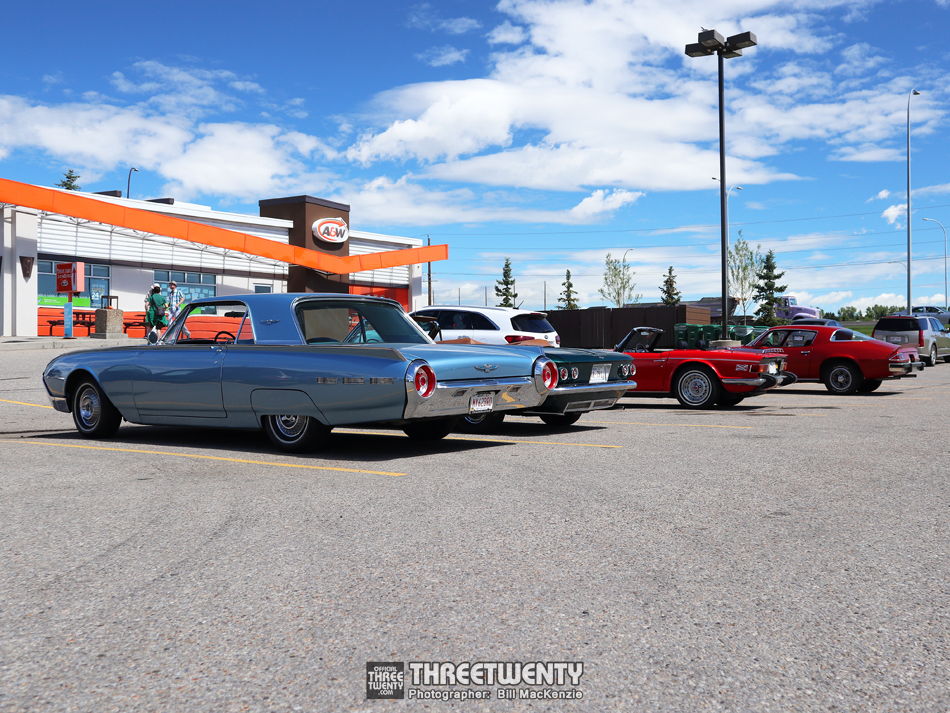 We don’t get huge crowds out to the breakfast gatherings but several other members were still present, some with TBirds and some with others. Ian and Janice’s Corvair (the green one hiding behind Ian’s ’62) was out too and this may have been the last time I photographed it as they’ve since sold it to make way for a ’57 Thunderbird. 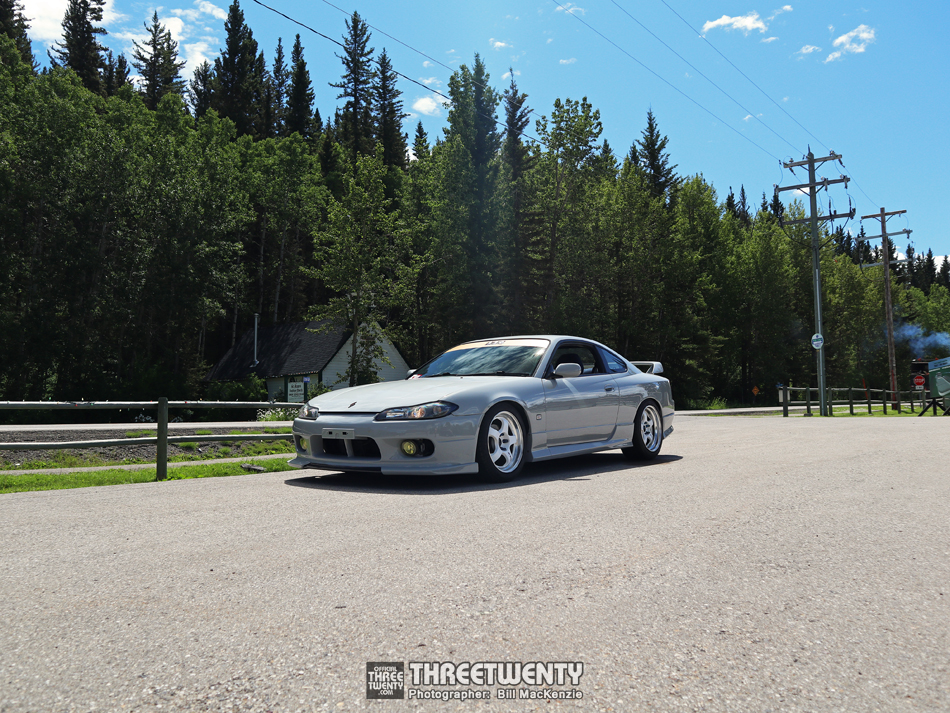 Anyway, after hanging out there for a little bit it was time to get out of town. We decided to head to Black Diamond for some snacks but I took a slightly different route than normal, to pass through the hamlet of Priddis first. I’d only ever been there once before in my life (earlier this year as it happens) and I wanted a couple of photos of the S15 in the lot. The polarizer wasn’t spun quite right for this one but I’m using it anyway. 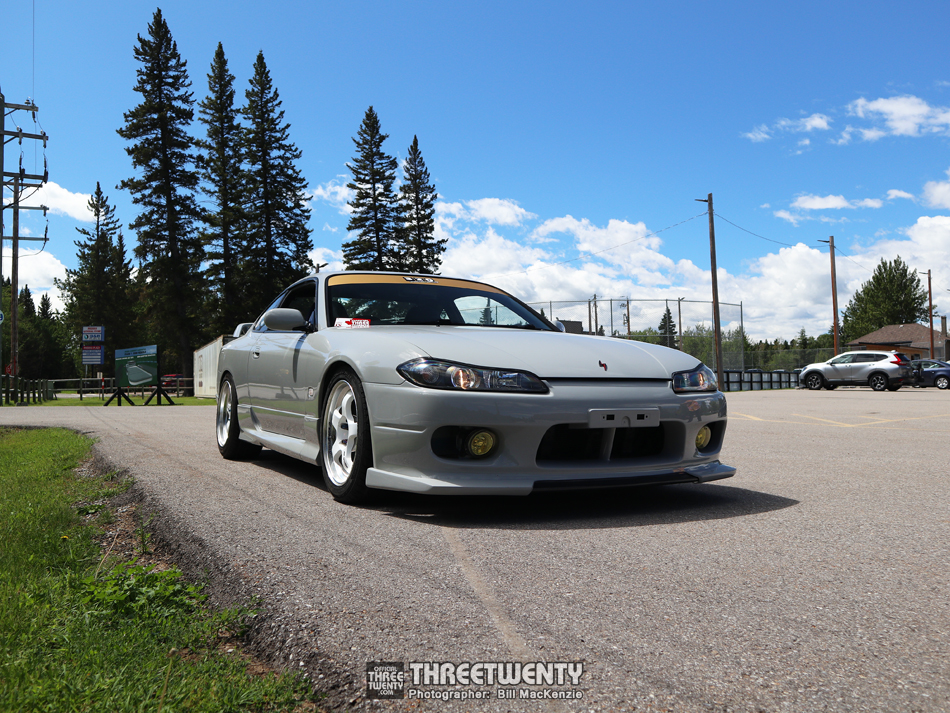 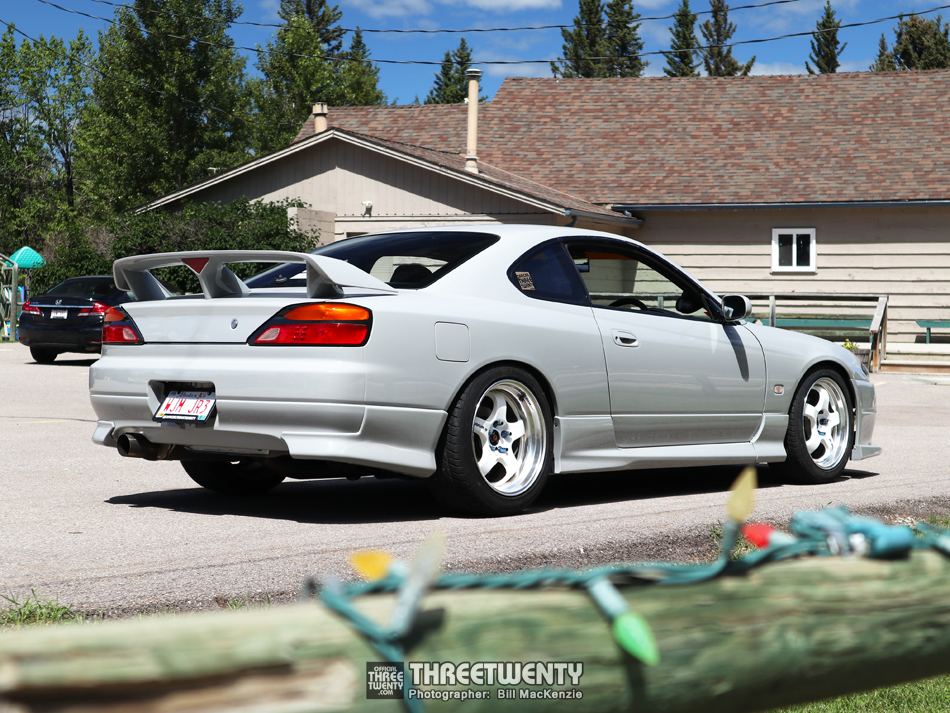 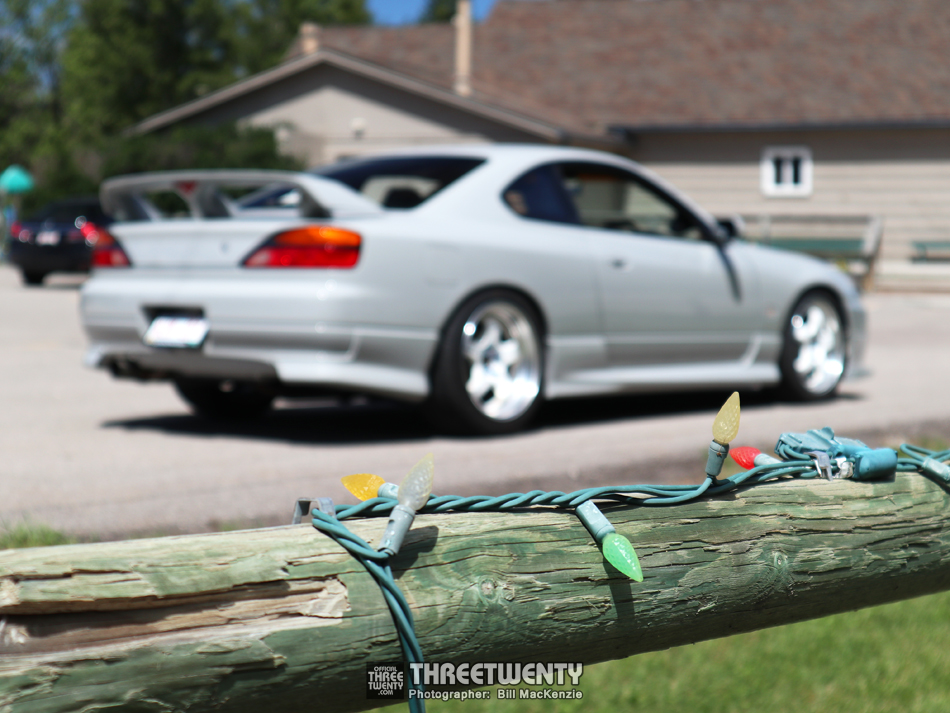 It was about this time that it occurred to me, that I’d never had the S15 outside of Calgary before. Last season it only went to local events and was driven purely within the city. This was possibly the furthest I’d ever had it from my house, and as a bonus nothing had fallen off so we were off to a good start (spoiler alert, nothing ever did fall off).

With the few photos taken in Priddis it was then time to go to the day’s actual destination, Black Diamond… 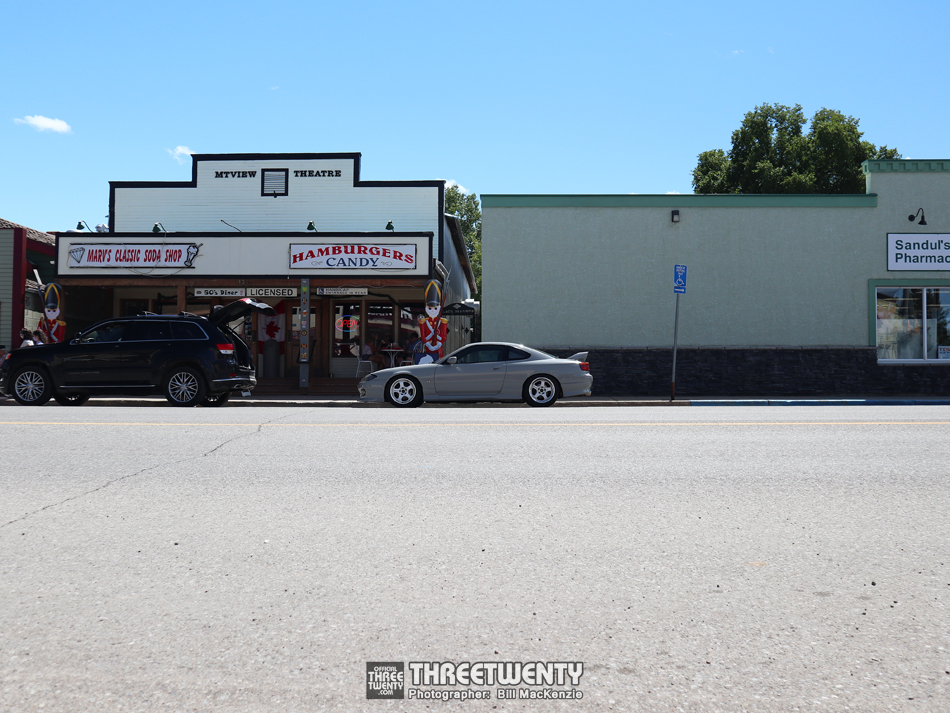 …because that’s where Marv’s is. If you live in Calgary (or area) and have never been to Marv’s, what are you doing with your life? This place is a treasure and we try to get out to it a number of times each year for candy, burgers, or milkshakes. Or all three. 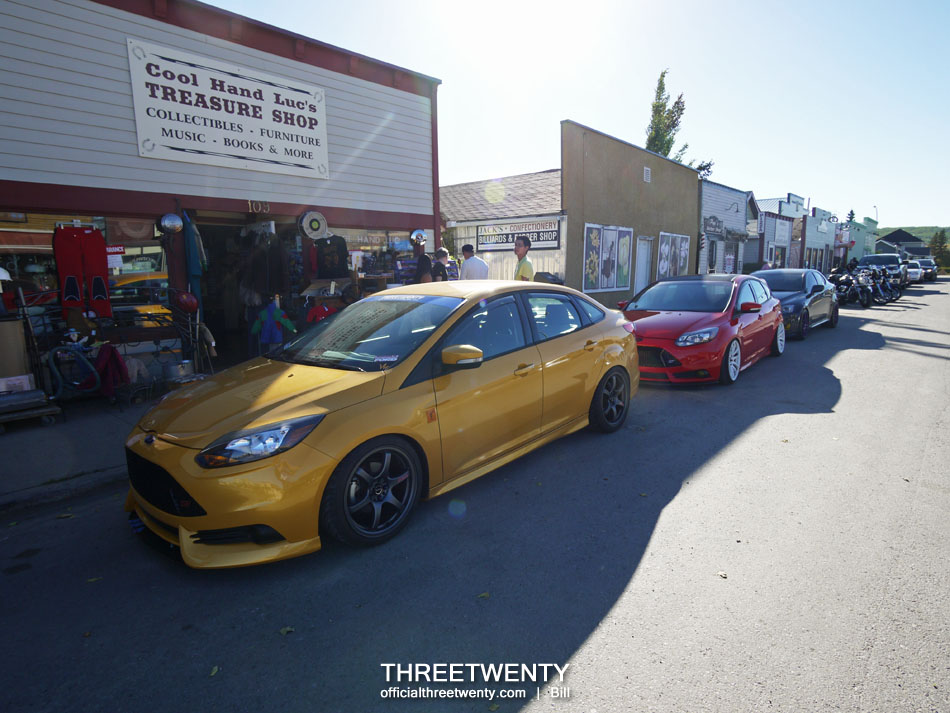 Rewinding the clock to 2014, a few of us actually cruised to Marv’s for my birthday to get some of that delicious food… 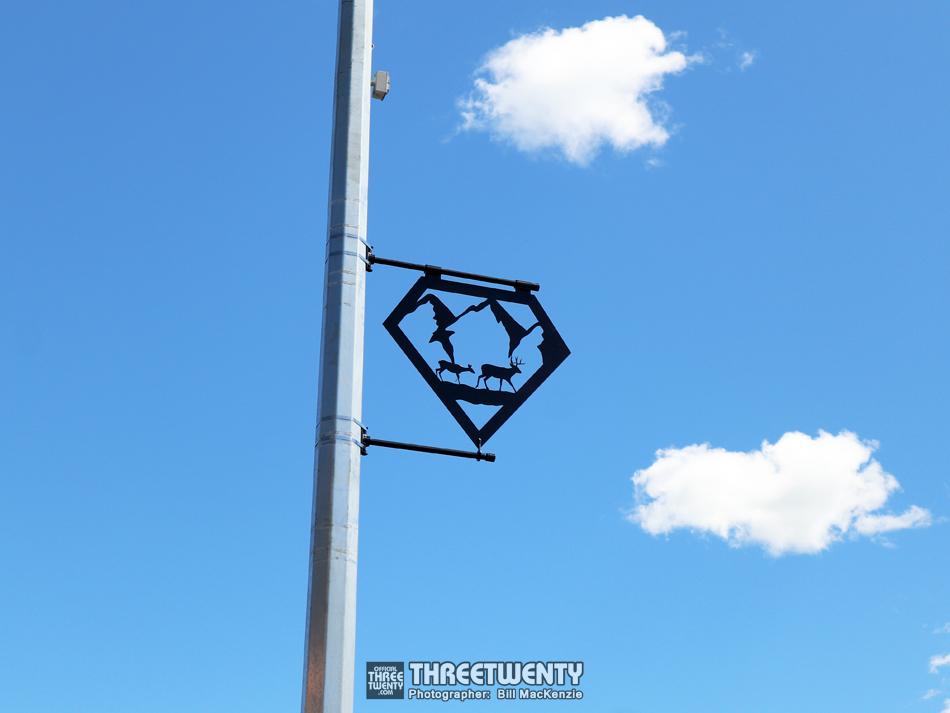 …but, back to 2020. After grabbing shakes we wandered the main street to see what was happening and I grabbed a few random shots while we did. 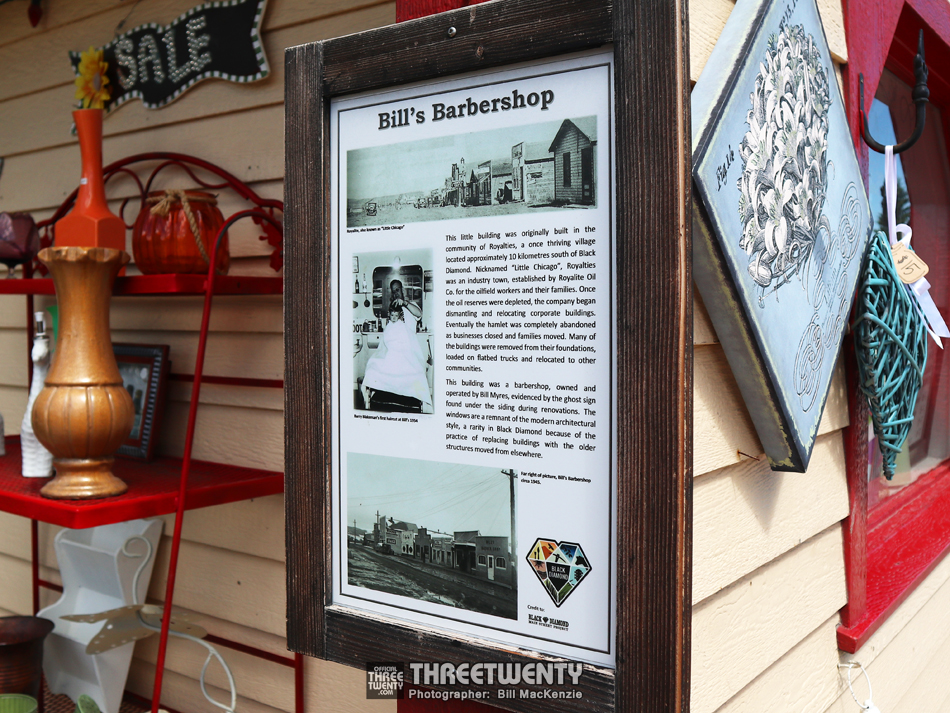 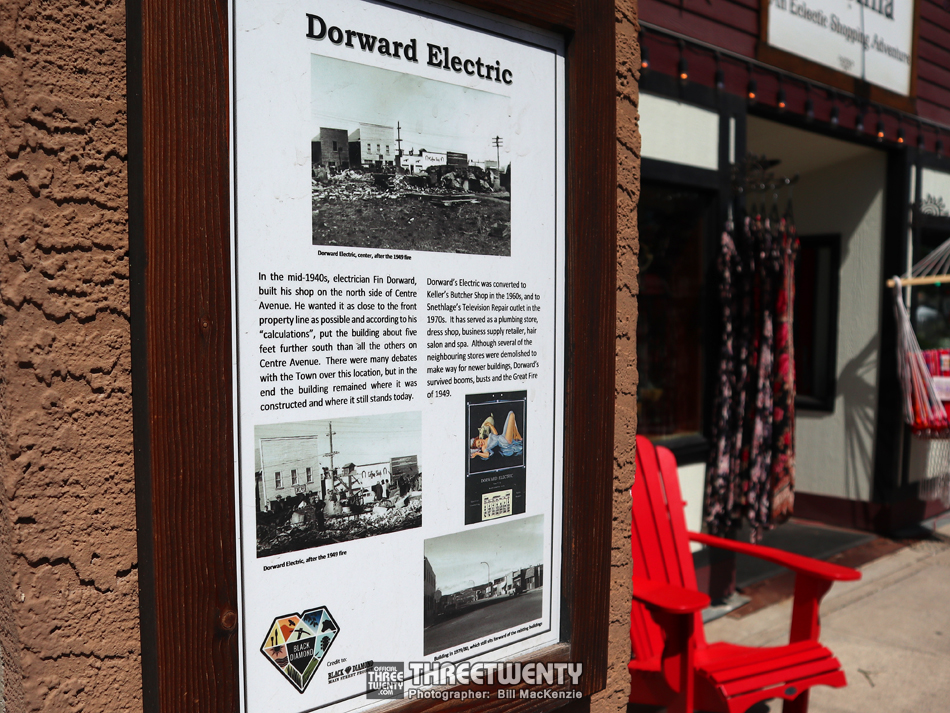 The signs always have neat tidbits about the buildings’ and/or town’s history. 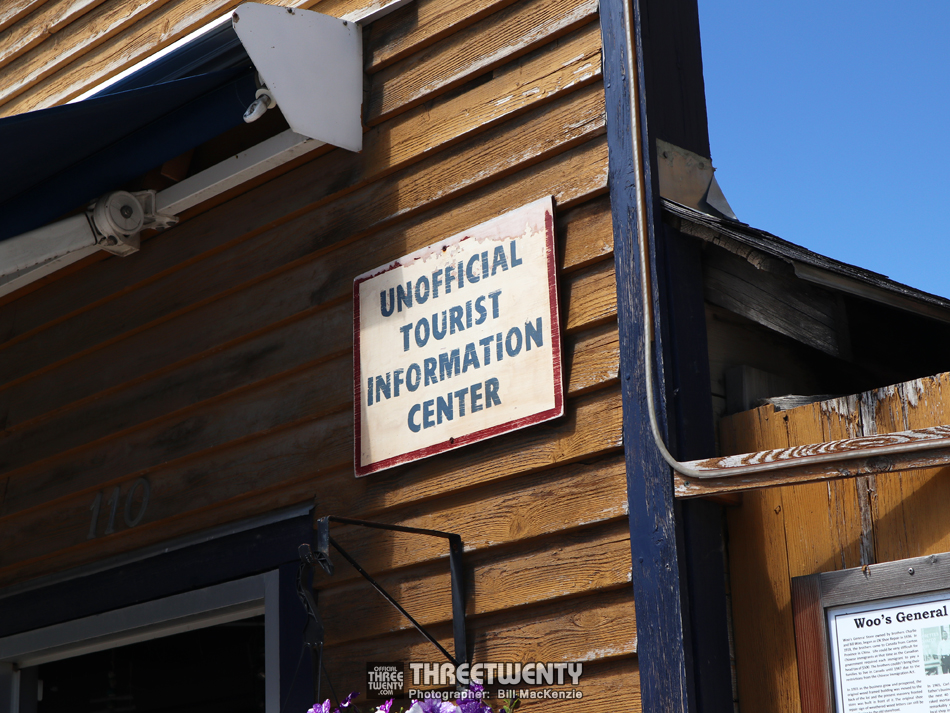 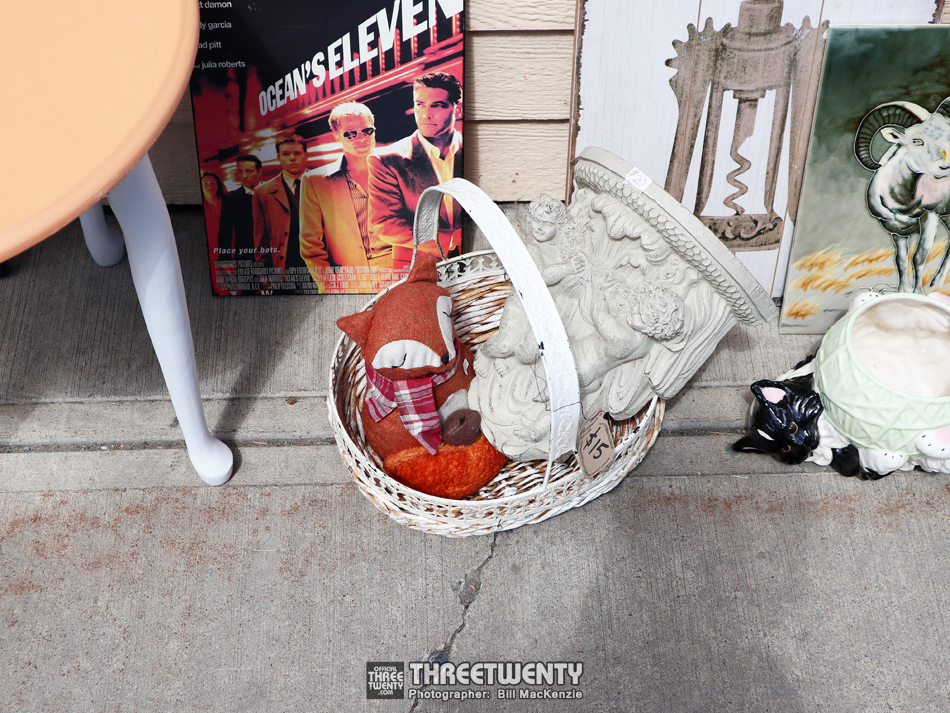 We can never pass by the little stores without taking a peek inside a least one. That stuffed fox ended up coming home with us. 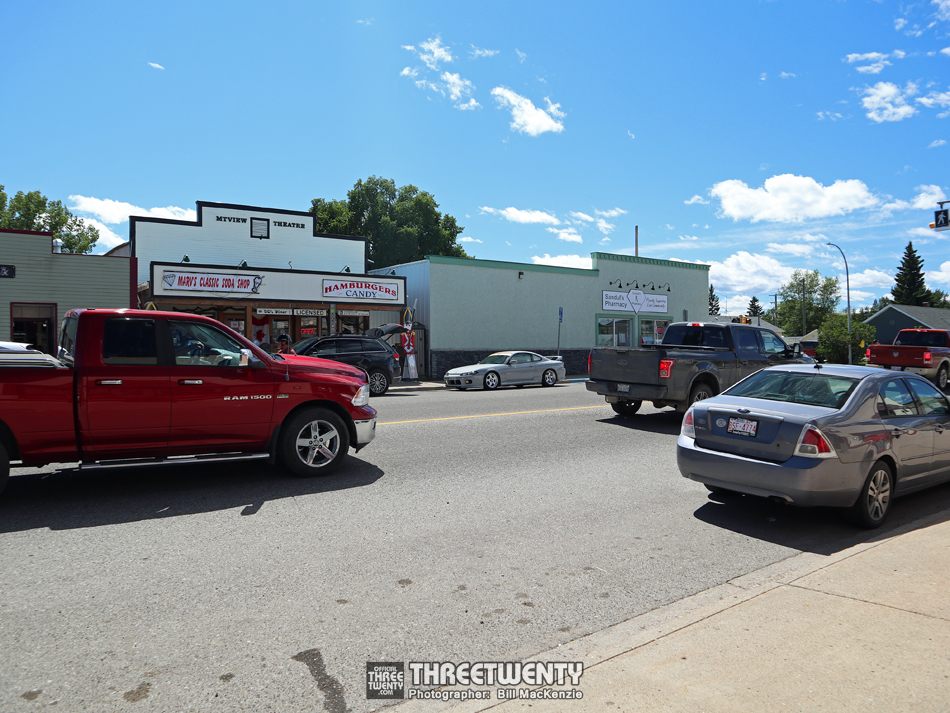 Hey look, an S15! And it has all of its paint. The thing was actually getting a bit of attention from other customers while we were there, which was neat to see. 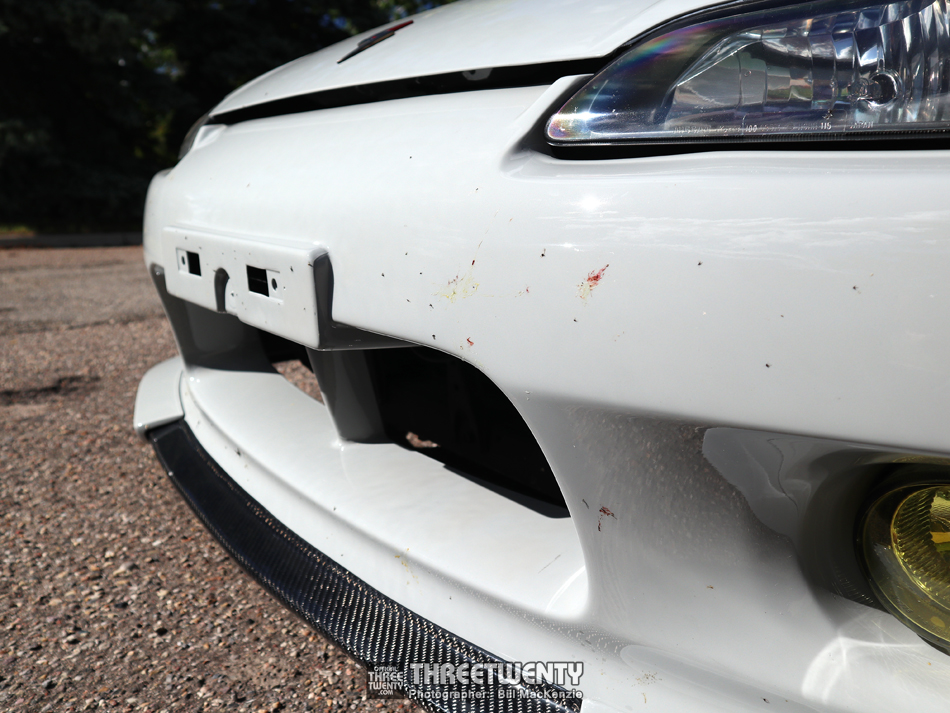 Lap of the street completed, it was back in the Silvia for the drive back to Calgary; and aside from the one rock chip in the CF lip it all went flawlessly that day. From barely moving for about 9 months to then going out of town on a mini trip it was a sudden 180 for the car, and especially given it’d been heavily torn down and then just put back together there was always the thought in the back of my mind that something might pop up, but nothing ever did. 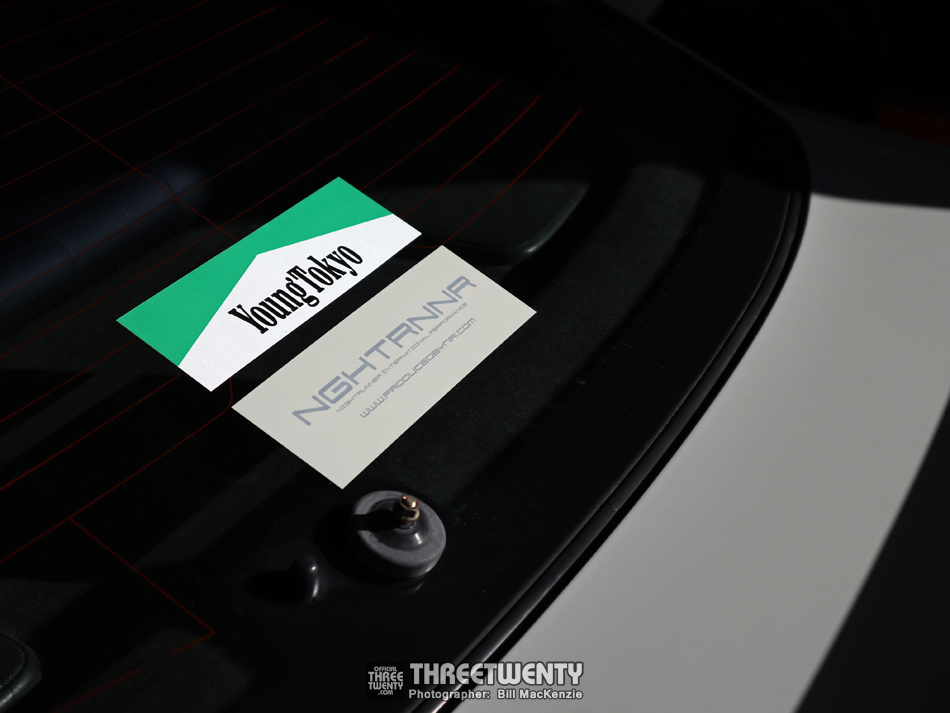 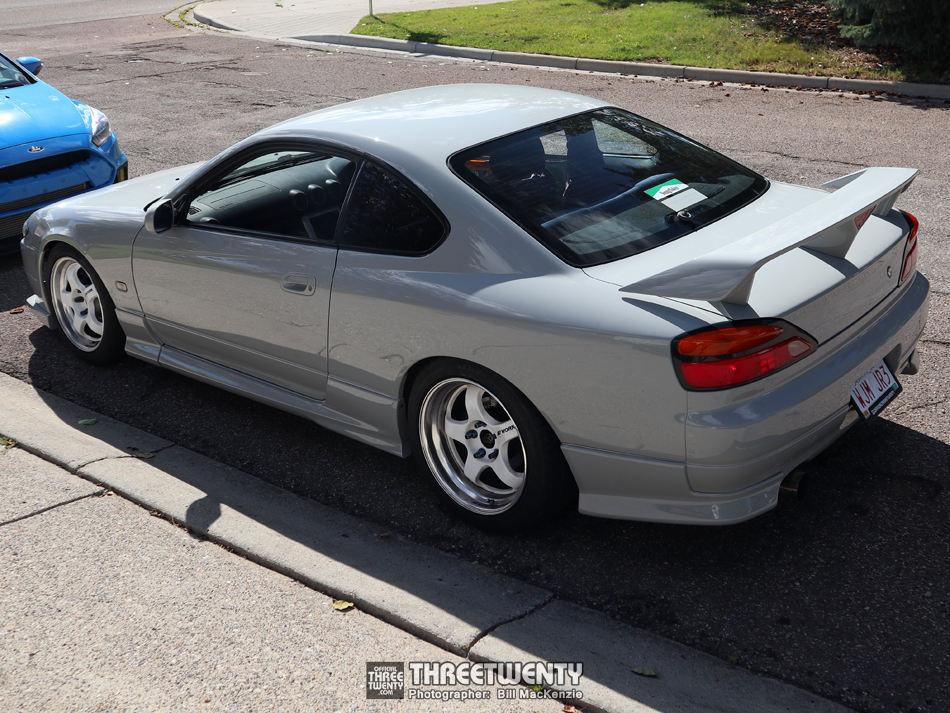 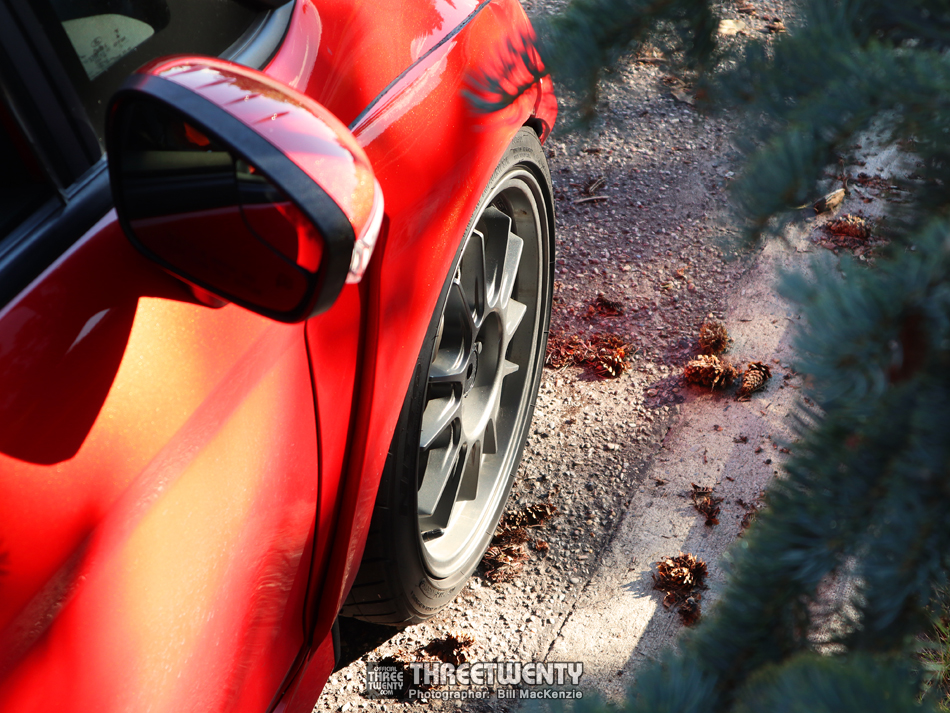 Once back home, Mario and Derrick swung by for a little bit which gave them the chance to check out the S15 before we tinkered on their cars a bit. All in, it was a pretty good day to say the least.

As you’ve seen in recent posts on the site the S15 certainly has been getting out a lot this year (and receiving a ton of great feedback) but this was the important one; this was the first drive. The S15 was finally together (ish) and back on the road, just in time for the second half of the car season. I’m sad to have the Focus tucked away for the time being, but it’s time to make up for having this thing sit for so long.