Recently I had been noticing a problem with my Focus’ headlights. In each, right by the parking light, the lens seemed to be getting cloudy. I can’t remember specifically when I first noticed it but the headlights had only been installed back at the end of September so they were still very new regardless of when it was.

The reason for the swap was to replace the original ‘chrome’ headlights with the black units which were (at the time) found only on the top trim level called the Titanium. After many 2012 owners did this swap, for 2013 Ford started offering them on SEs as part of the “Black Pack” which included additional black accents (but only for hatchbacks…sedans got skipped again). 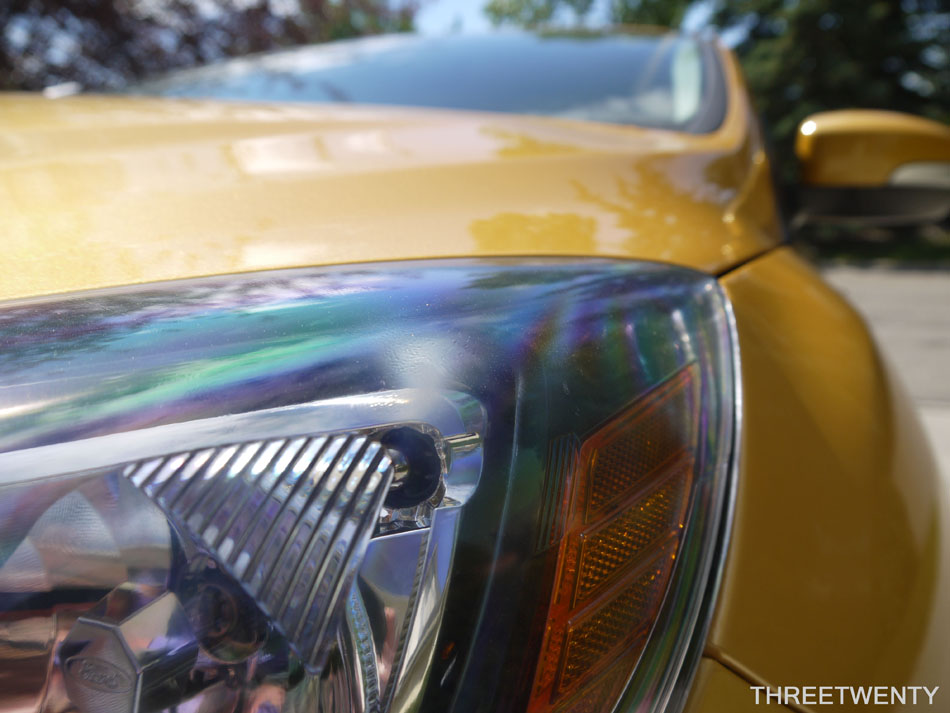 It was hard to capture on camera but you can see here the spot in question.

Because winter was fast approaching at that time I had them wrapped at work in the same 3M film as the rest of the nose to protect them.  Since they were covered we wondered at first if it was the 3M being affected but removing it revealed it was the headlight after all. Phooey.

I inquired about getting them replaced under warranty and at the same time I asked other owners online, to see if it was just mine showing this or not. Right away it was found that other Mk3s were demonstrating the same problem, sometimes even worse. 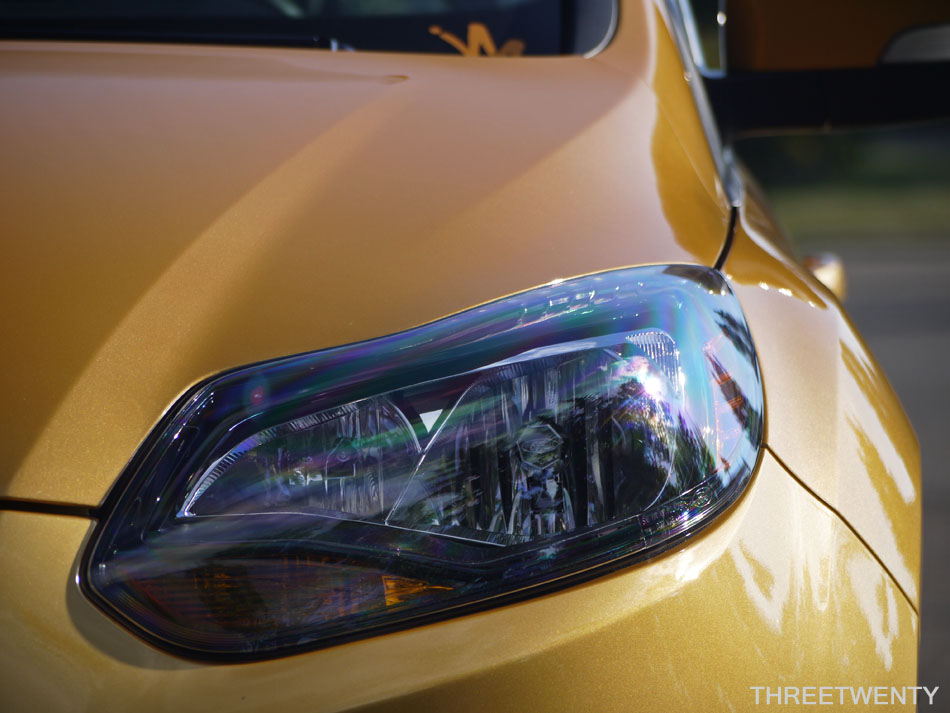 I was able to get the new lights under warranty fortunately, so they were quickly swapped in place of the old units and now the little blemishes are gone! I’ll admit they were fairly small but were still easily seen and weren’t getting any smaller as time passed. If they had become that visible in a matter of months who knows how bad they’d get?

We are still unsure if the 3M had anything to do with this; the original headlights were on the car for about a year and I noticed no issues (no 3M was on them), whereas these were installed for about 9 months (and had 3M for almost the whole time). Due to this I may very well leave these bare and skip any protective films.

One thing we did find, which may be noteworthy, was that the replacement Ti lights had different part numbers to the original Ti lights bought and installed last fall.