Tonight we take a quick break from Sunday School coverage as I really wanted to get this post up today – August 23rd – instead of later this week. That’s because it was exactly one year ago today that I published the original feature on Josè’s Mk3 Focus SE sedan. Entitled 4 Over 5, it has been a consistently popular post on the blog and the title even led to a hashtag used among sedan owners (#4over5) in the never-ending debate over which Mk3 body style is superior. 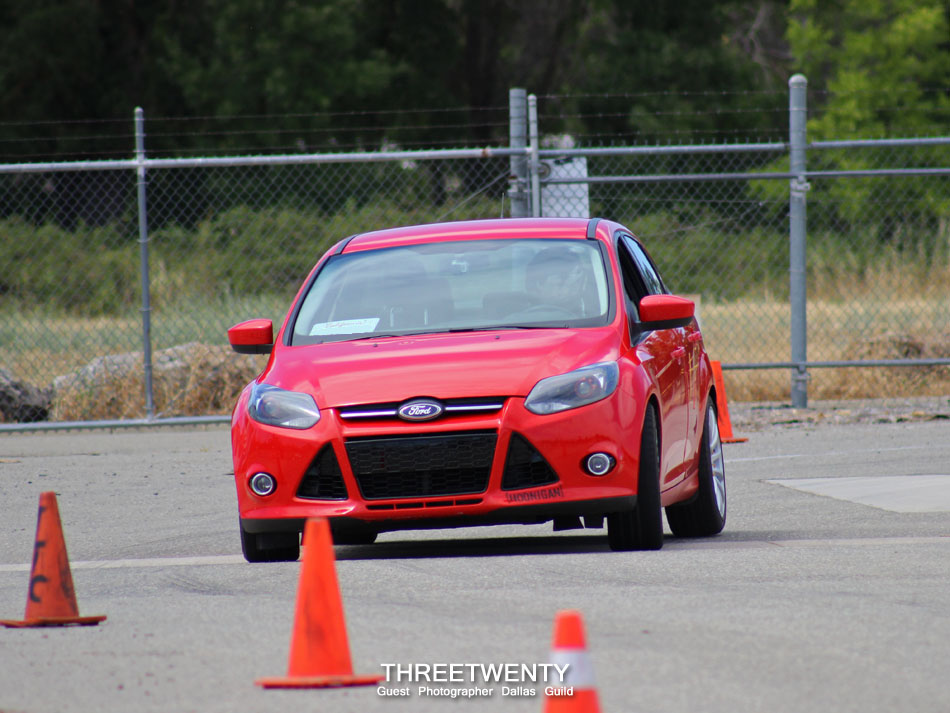 You can click on the link above to read the original feature, and see more photos showing how the car looked back then.

Since that feature work has steadily continued on Rossy – the sedan – but it was a little earlier this year when progress suddenly sped up. As you’ll see below, Josè turned an unfortunate situation into an opportunity to make a fairly extensive update to the car which has made it stand out even more within the Focus community – but we’ll get to the details of what happened in a minute.

Special thanks for making this post possible goes to Dallas Guild for providing the photos, and Josè for letting me feature his car again. 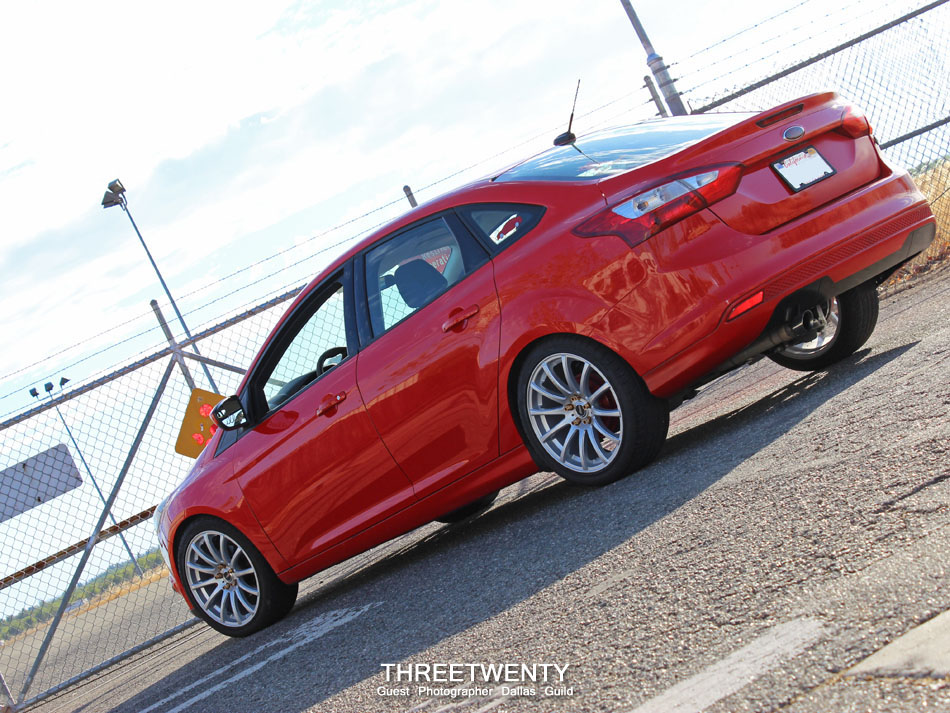 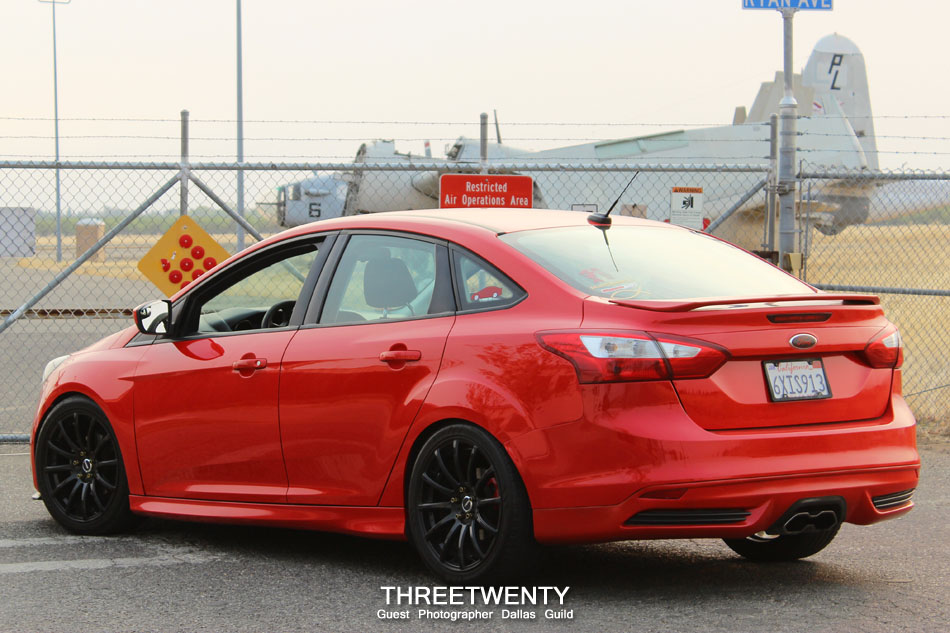 Looking at the two photos above, the first updates are easy to spot. Those who read the announcement on Rebel Devil Customs’ new ST Sedan rear valance may remember that the master was built using Josè’s sedan. Because of this, Josè received the very first copy of the valance which is the piece seen here. Unlike mine which is the full fiberglass version, Josè decided to go with the fiberglass/CF construction so that he could leave a bit of the weave exposed around the exhaust tip. 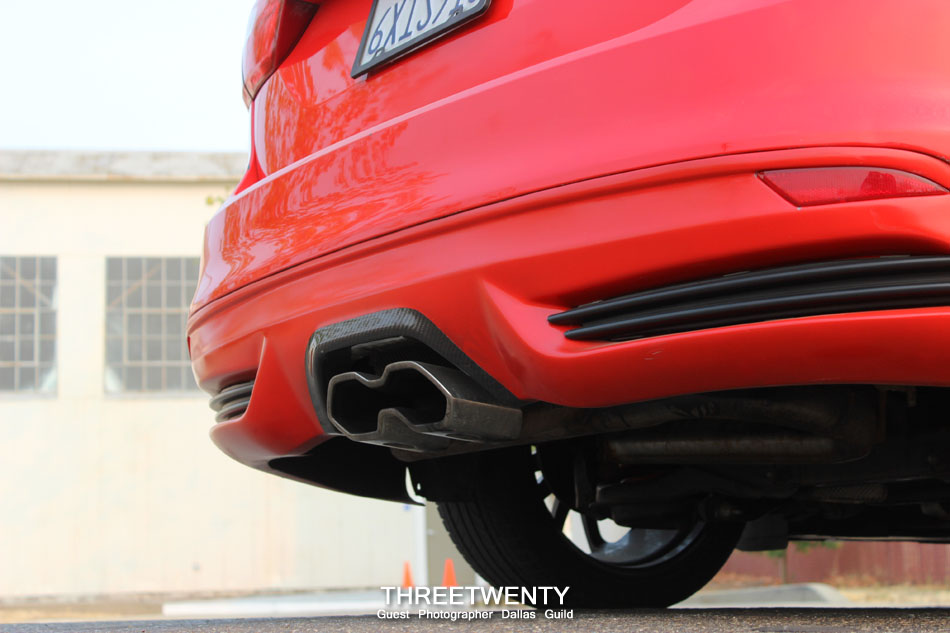 Honestly, that exposed carbon fiber may be my favourite detail on his sedan. Obviously with the new valance came an ST exhaust as well, which has been modified with a muffler delete and sounds truly amazing. 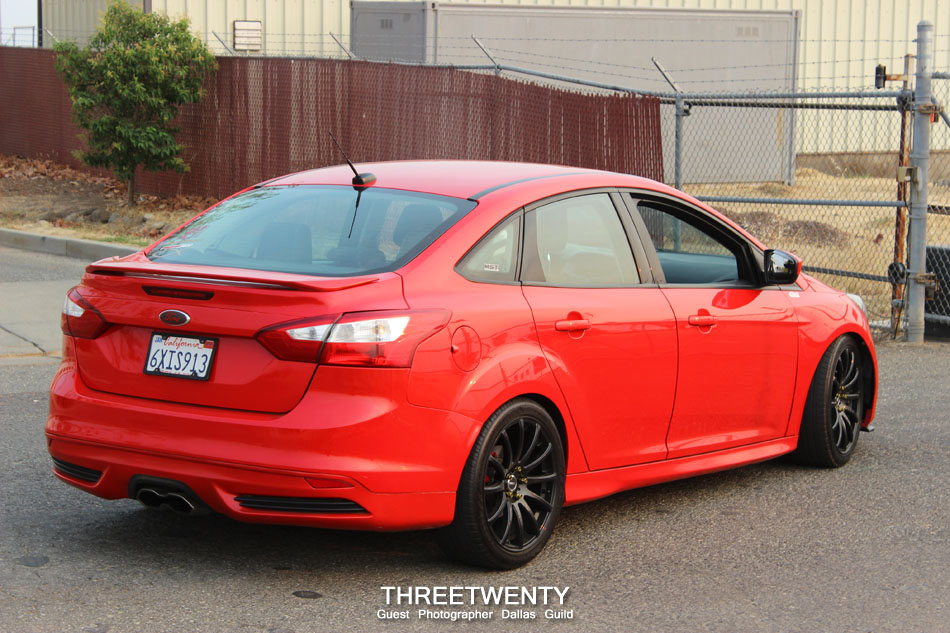 Also new on the rear of the four door is a spoiler to help balance things out. Josè painted and added that more recently, along with the ST side skirts, when the sedan was involved in the slight mishap hinted at earlier and needed some repairs. The damage was limited to the front of the vehicle but since he’d be painting parts anyway it was the perfect time to pick these up and fit them to the car. 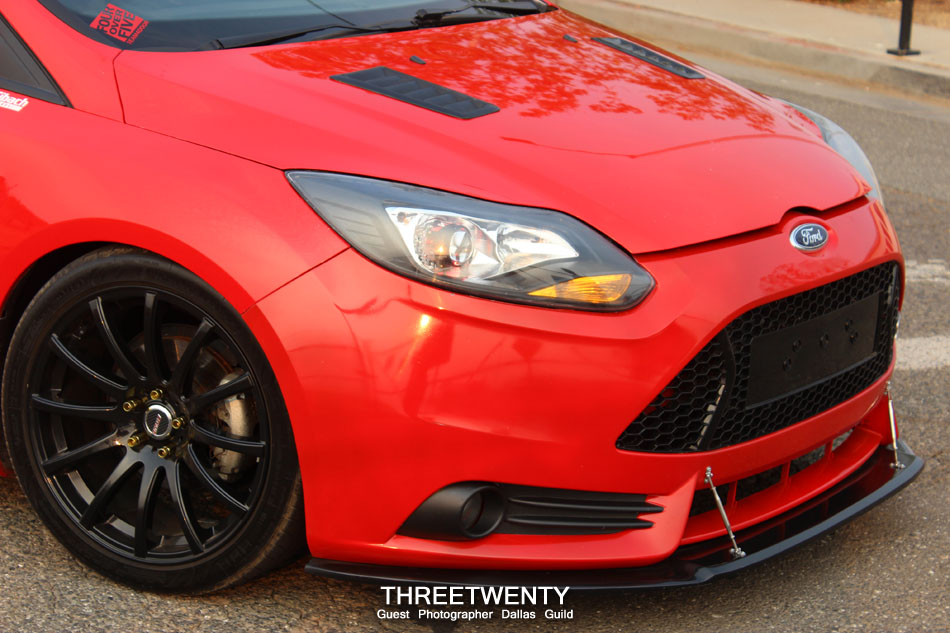 With the ST Sedan valance and ST side skirts, it probably shouldn’t be much of a surprise to see that the front of the car now features an ST bumper to complete the package – but what exactly happened to cause this facelift?

Well, a few months ago the SE was run into while parked at the side of the road. It wasn’t hit by another car though, or a truck, or even a motorcycle, but by a go-kart. Really. The young girl driving the cart lost control and drove right into the front of Rossy causing a decent bit of damage. With the car suddenly needing some repairs, I tried to cheer Josè up by suggesting it’d be a great time to get an ST front bumper. As I found out, he was one step ahead of me and already planning on doing just that. When life gives you lemons, get an ST bumper! That’s how it goes, right? 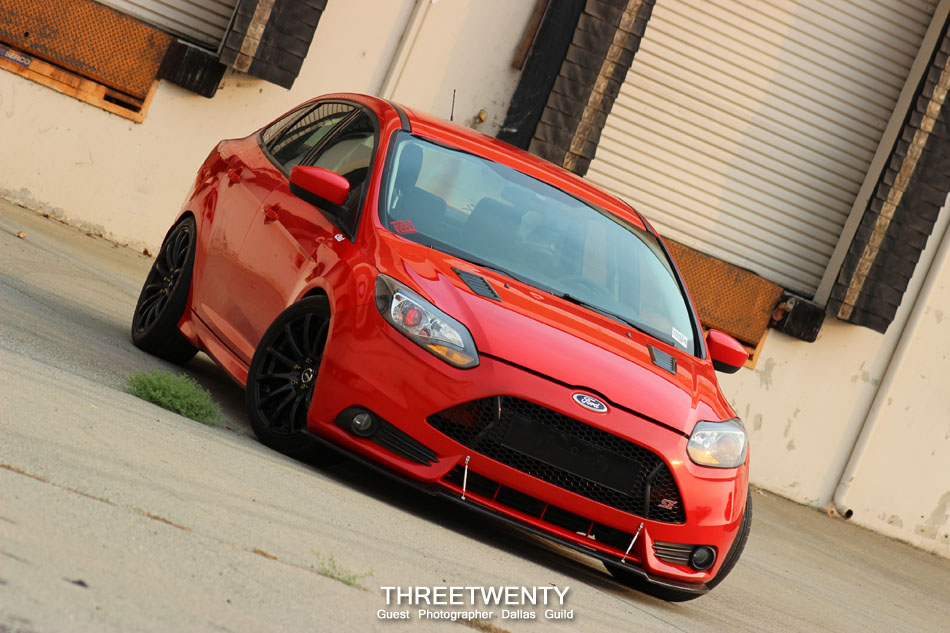 Before long Josè had the new parts in hand and made quick work of repairing the sedan but it would turn out that the trouble wasn’t over yet. First opting to go with the ebay ST bumper, all was well and good until one of the mounting points suddenly cracked and the bumper fell off while he was driving. A replacement bumper was promptly sent out after it was deemed the first one was unfortunately a defective example, but it arrived cracked. The third time was the charm when Josè was able to get an OEM bumper for a good price and transfer over all of the pieces to it. 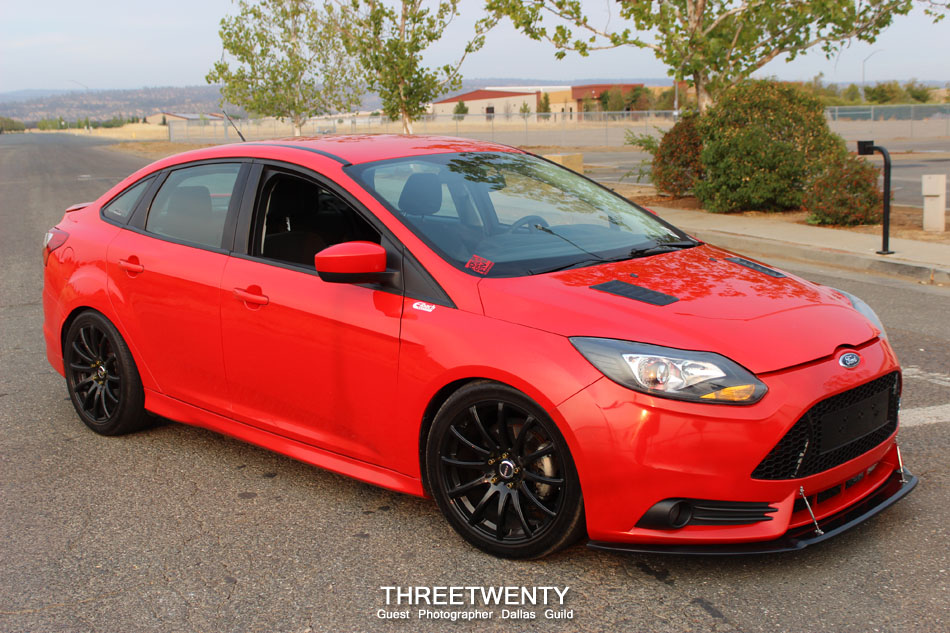 The end result was what become known as Rossy 3.0. With the new bumper, side skirts, and rear valance, Josè’s car is the first and only known Mk3 sedan in the USA with a full ST body conversion. 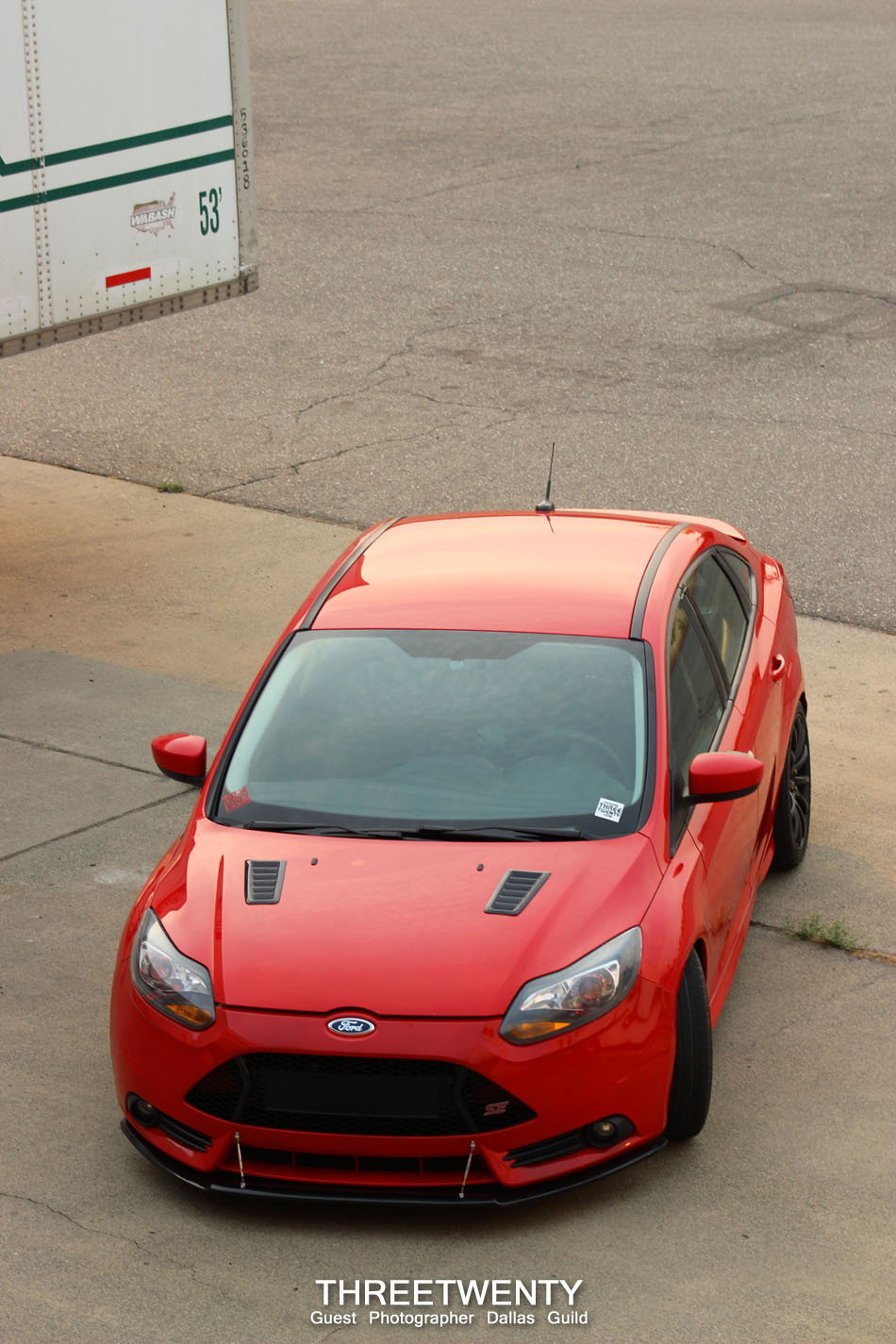 Technically the car as you see it here could be called V3.1 though as Josè had fitted Cup Spoilers originally, which obviously are not present on the car now. When the first bumper fell off they got scratched, so he traded them for his cousin’s Street Scene splitter instead. Further adding to the aggression, some RS-style vents were installed in the original hood. These were actually fitted back when the master ST Sedan valance was being built on his car.

The final changes to the nose are updated retrofitted headlights, and one of ThreeTwenty’s SE emblems. 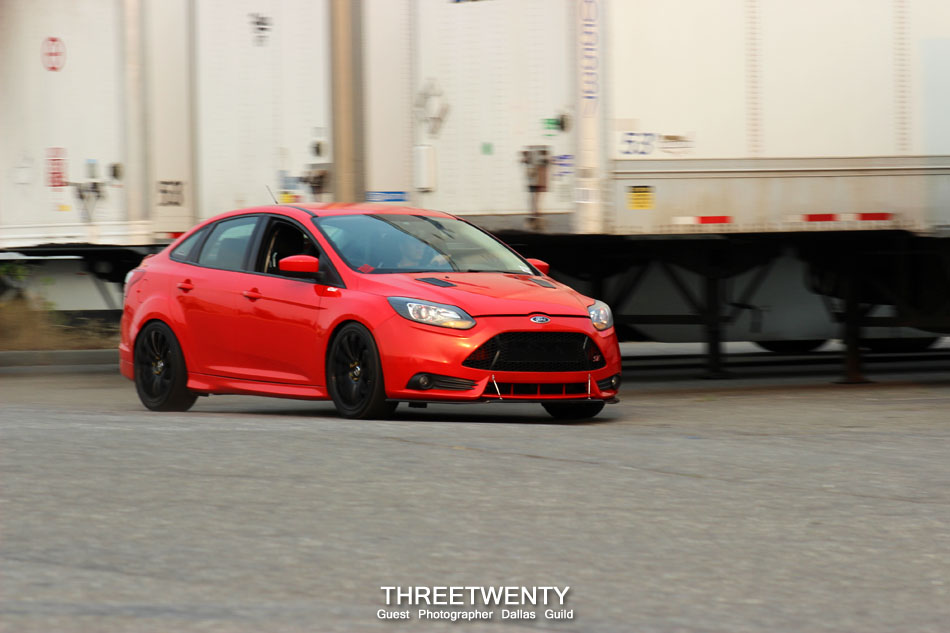 Naturally, upon seeing the exterior conversion many ask if or when a motor swap will take place. Josè does intend to fit the ST drivetrain eventually, but recognizes that with the time – and more importantly, the cost – required, that is something to be saved for later on as he has other priorities right now. He hasn’t forgotten about the car’s performance over the last year though, as a few new pieces have been fitted. 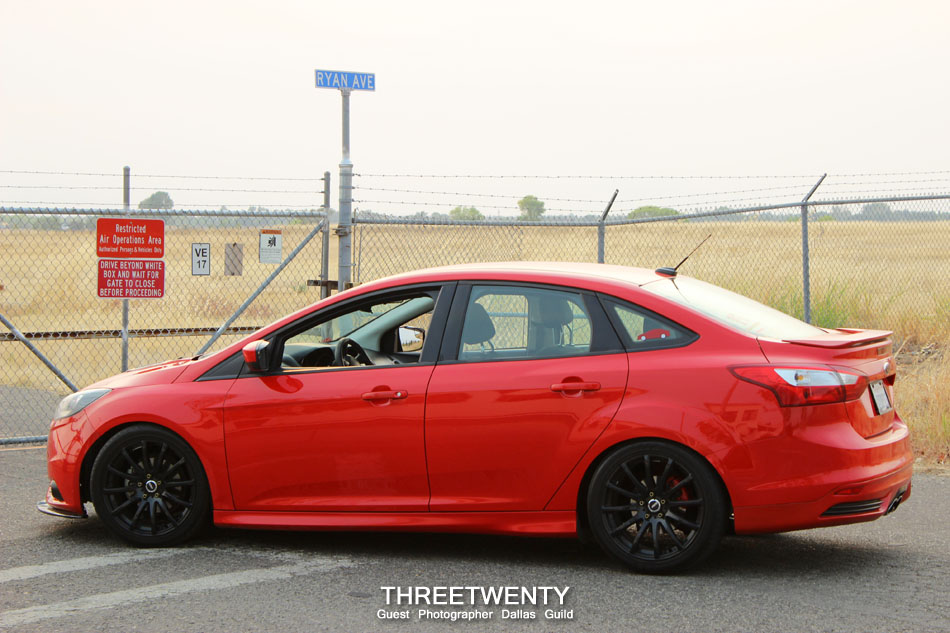 Rossy originally had drum brakes in the rear but just recently they were replaced with factory disks for improved braking, which happen to look better behind the Styluz M575 wheels too. As you can see from the old photos these wheels aren’t new, but since the original feature they have been powdercoated gloss black to match the other black accents around the car. 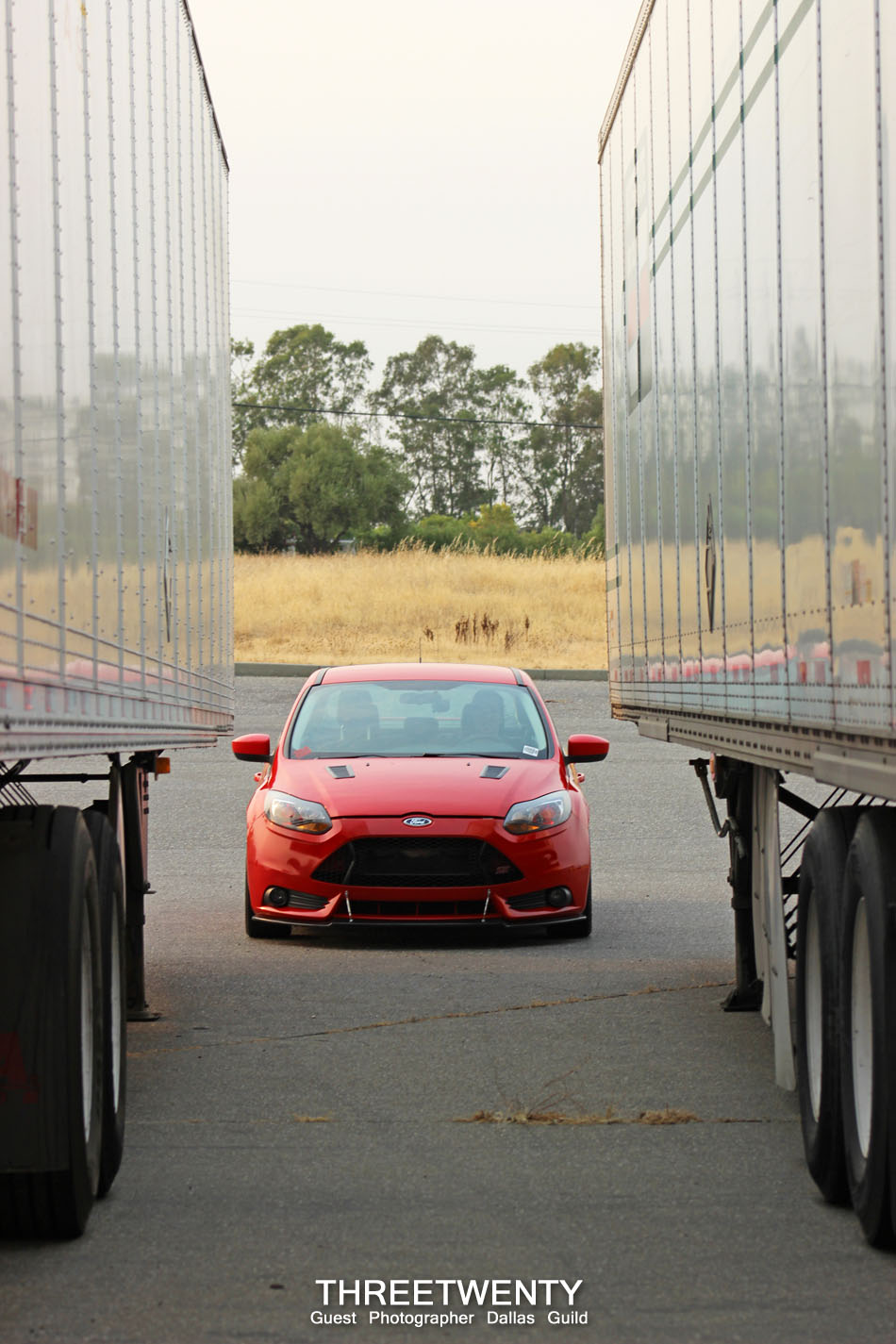 Additional performance upgrades include a new MST intake tube working with the existing Steeda intake, a Kyle Deyoung rear strut bar to stiffen up the chassis, and an FSWERKS rear motor mount insert. Working with the rear strut bar are the Eibach springs and front ST struts that had been previously fitted. 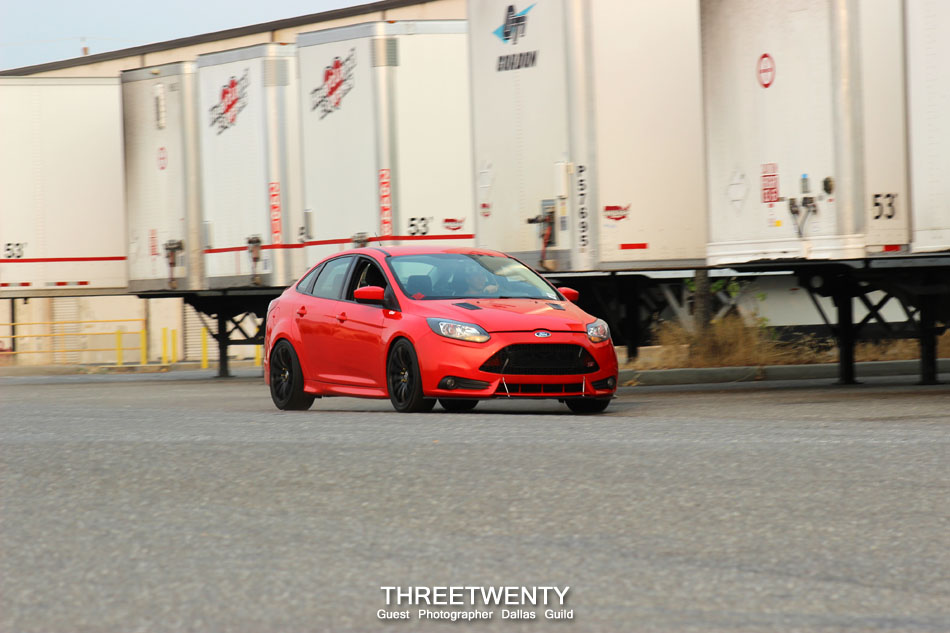 Of course, I can’t overlook the first-of-its-kind Select Shift conversion which the car still has too. 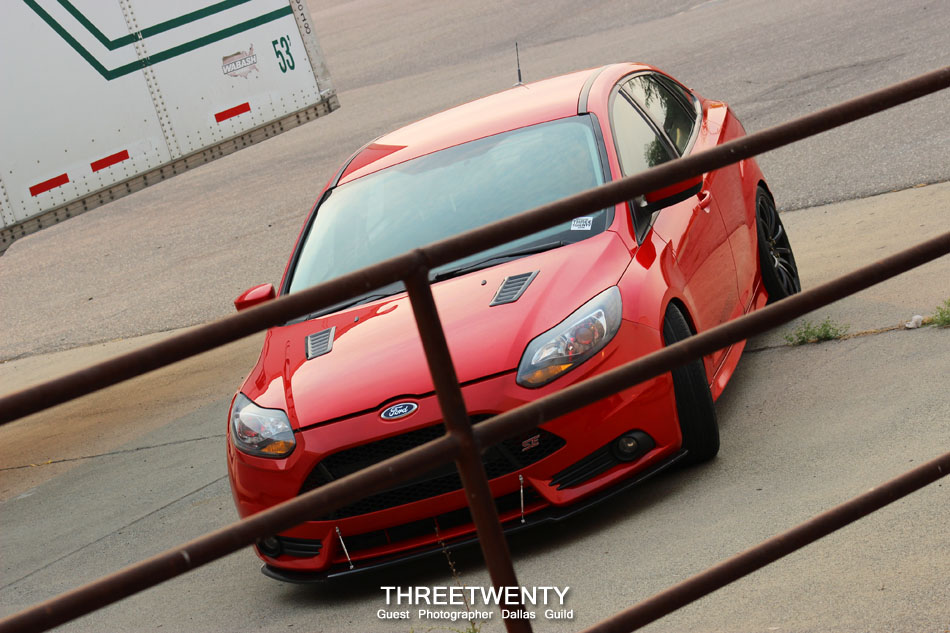 To close the post today, why not have one more comparison to highlight the car’s transformation? The last year may have had its fair share of headaches, letdowns, and stress, but Josè never gave up and today has something he can be extremely proud of. Rossy is arguably one of the most distinctive modified Mk3s on the road all of it is because of his enthusiasm, perseverance, and DIY attitude…. 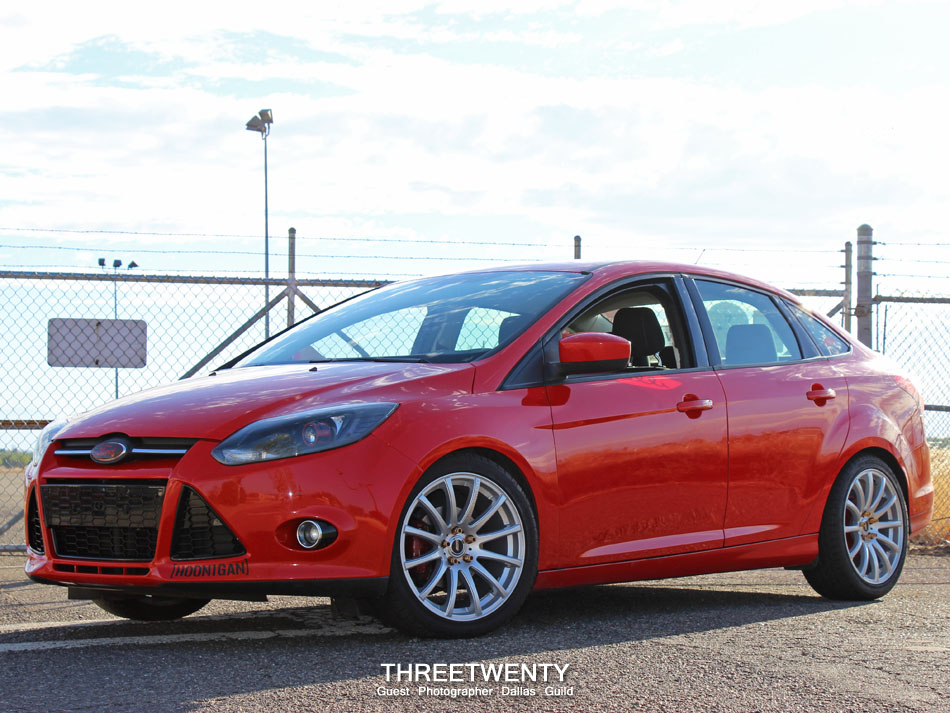 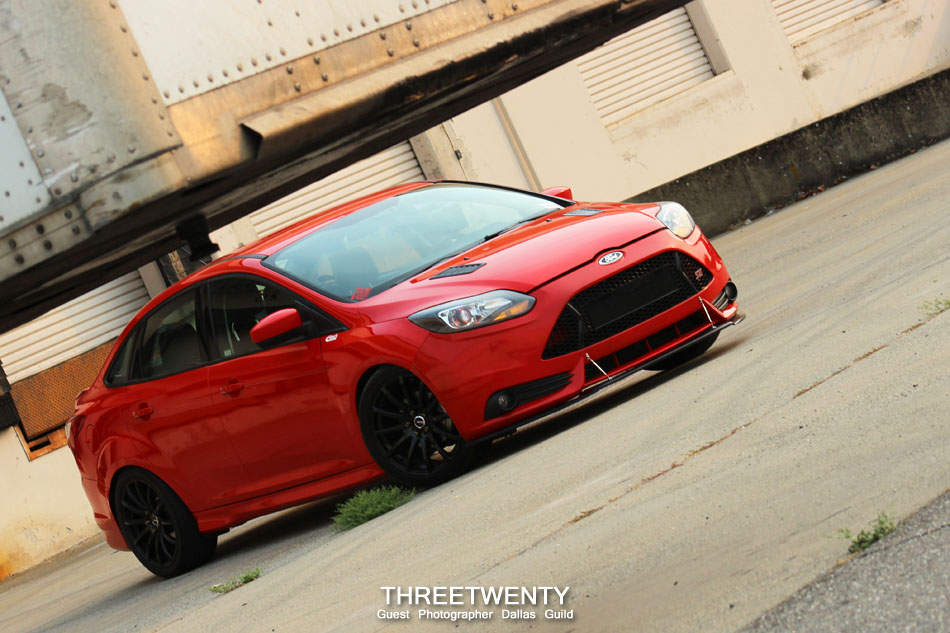 …and perhaps a bit of assistance from a go kart.