Good evening everyone! For tonight I have a quick entry, which goes along with one I posted earlier in the month. You may remember that I had published a post taking a look at some new goodies from Rebel Devil Customs that were sent along for the two Foci. I showed the new front end links and rear reflectors for the sedan, as well as the Focus Electric rear motor mount for the hatchback. I mentioned there was one more item which was not shown in the photos however, and that was an intake which had already found its way under the hood of the 5-door…this intake. 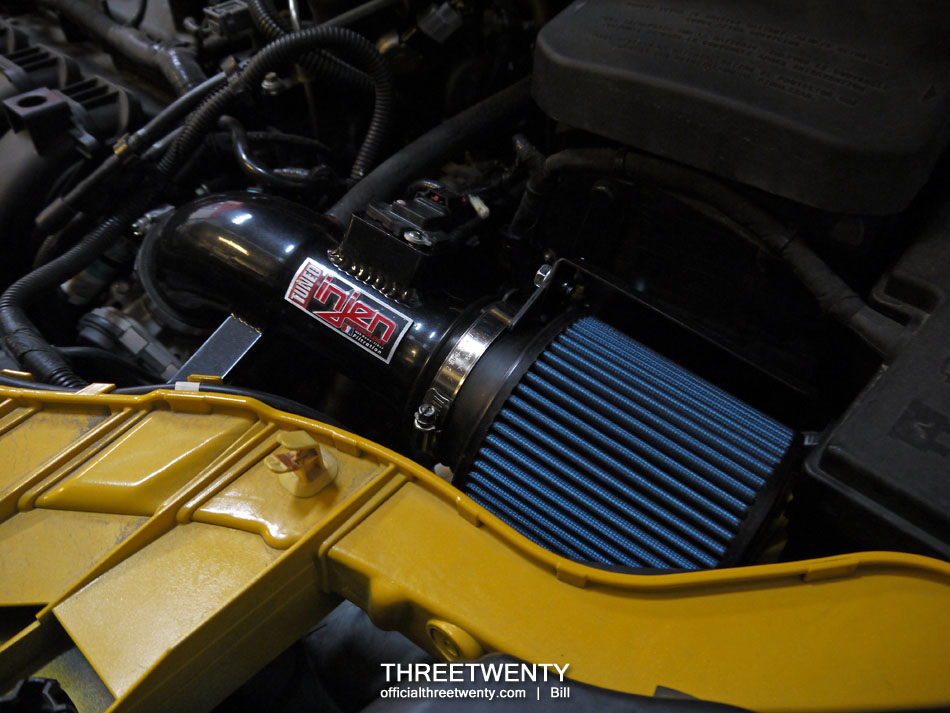 I didn’t reveal at the time which specific intake it was; with the sedan already having an FSWERKS piece, the hatch received Injen’s offering to allow for a comparison between the two products. It certainly wasn’t because I’ve had a negative experience with the FSWERKS intake (I believe I’ve had it for about 3 years now and only have good things to say about it), but this was an opportunity to try something different. 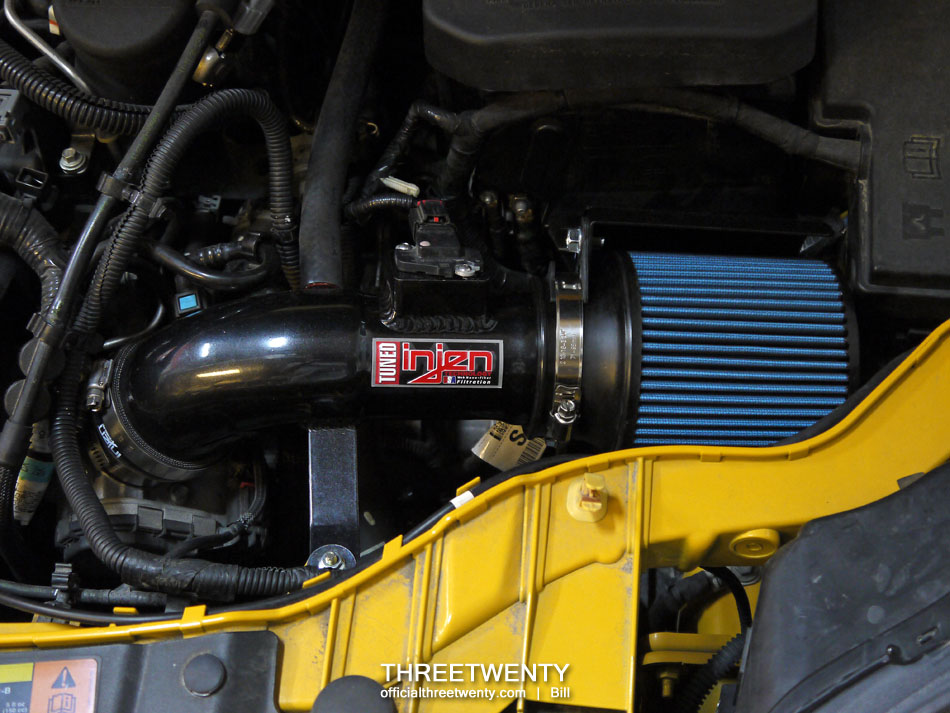 The install went smoothly as expected and it wasn’t long before we could fire up the hatchback to hear how it sounded. Injen provides clear instructions with photos and it’s a fairly straight-forward procedure anyway. It’s certainly nice to have the giant factory airbox out of the way! 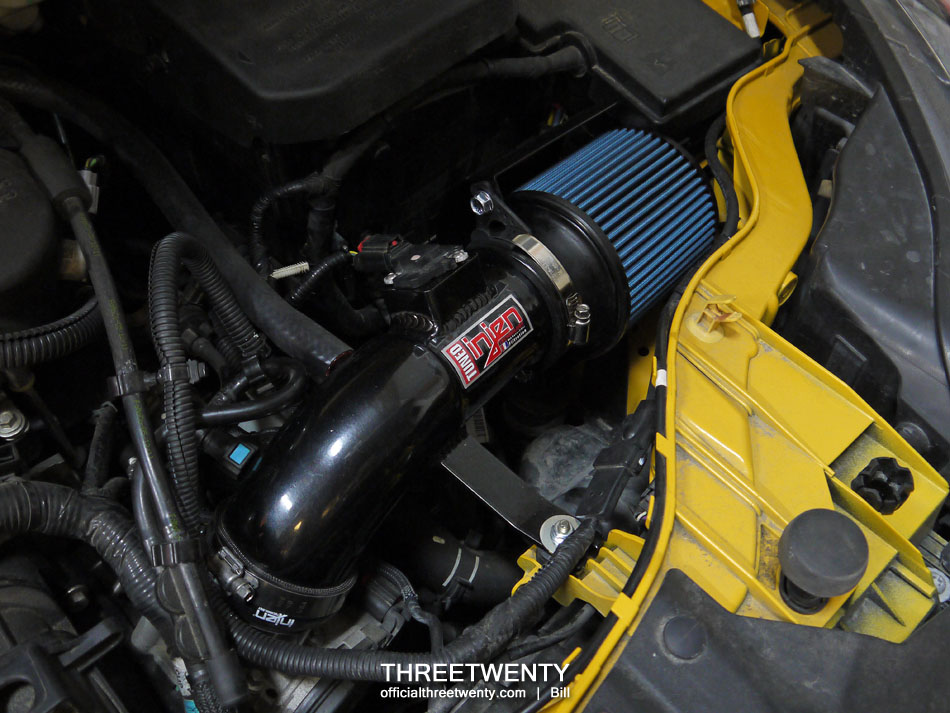 The trickiest part of the process was probably lining up the heat shield, which wasn’t that bad anyway. As you can see in the photos above, the heat shield is held on with the same clamp that secures the filter to the pipe – and while everything is loose it naturally wants to slide down under the filter thanks to gravity. Tolerances were also a bit tight where the intake tube’s bracket fastens to the car itself but these items only stand out because the rest of the install was so easy.

The intake is a very nicely made piece and the install was simple, so what about the performance and sound? Without an actual dyno to rely on feel will have to do for now, and the hatch certainly feels great now that it’s breathing better. As far as sound, as I mentioned when initially sharing the delivery from RDC, the intake has actually made the hatchback louder than the sedan, so I intend to fix that.