I actually had to stop and think for a second – this was year number four. Since 2013 I have made my way north to Edmonton each year for the 780 Tuners Season Opener, a massive meet hosted in May that draws out hundreds of vehicles and enthusiasts from not just Alberta, but neighbouring provinces (and further sometimes). It serves as a great way to kick off the start of a new car season and it is plenty of fun. Speaking as a Calgarian, even though Edmonton is only three hours away it feels like a proper getaway and it provides a great opportunity to see some friends and check out some amazing cars.

This year’s meet was a bit different to those that I’ve attended before, and it did face some difficulties to the point where I was worried it wouldn’t go forward. First off, traditionally the opener is scheduled for the first weekend in May but this year that was when Driven Calgary was taking place, so a new date had to be found. As well there were issues with securing a location when the usual lot couldn’t be used, and it’s not exactly easy to find a location that can – and is willing to – host the expected hundreds of vehicles.

In the end everything worked out and as the cherry on top, the weather was beautiful! 2014’s meet took place on a cold night (and I seem to remember it started lightly snowing) and last year the city was being hit with heavy rain and hail just minutes before the scheduled start time. This time around, we had nothing but sun and clear skies.

As per usual I stayed at a hotel to avoid having to drive home in the dark after the meet. Driving to Edmonton and back in one day is of course very do-able but it’s also nice to have some time to see a few sights and of course stop at my favourite hobby shop.

It was at last year’s meet that I met Brooks and Lindsay. We were all booked in to the same hotel and the two arrived just after I did. When I saw the Evo roll up it was easy to guess that we were all in town for the same reason.

Mario and Brenda drove up as well and we met with them at the meet. With Ketchup out of commission they took Brenda’s EL instead.

I noticed a number of TLs around including this colour-shifting example with a pretty appropriate license plate. 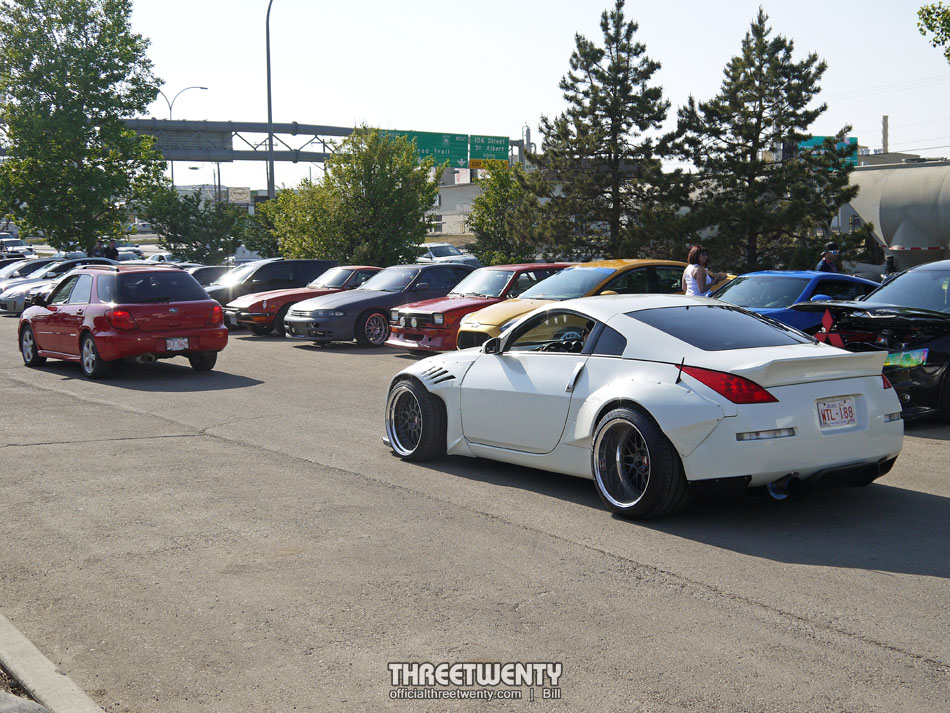 Not only were there two Rocket Bunny 350Zs at Driven, yet another showed up to the 780 Opener! 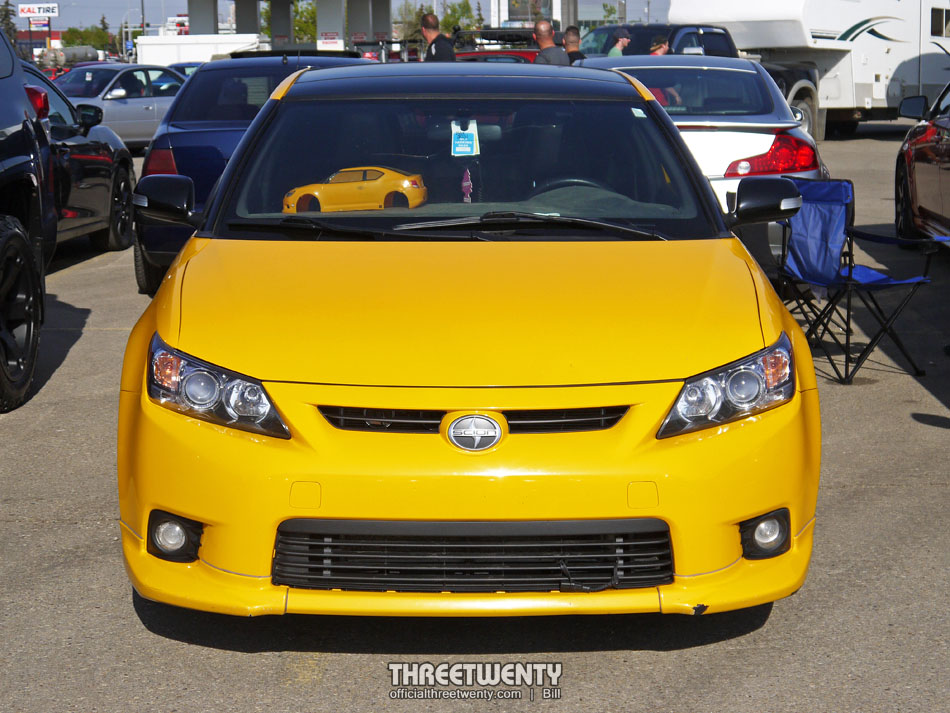 A very yellow tC complete with a scale version (RC shell) on the dash.

Naturally there was no shortage of iconic RHD vehicles at the opener, including the Hakosuka we had just seen at Driven! I was shooting with my ultra-wide at this point so zooming-in wasn’t really an option here…

If you want to draw a crowd, this is how you do it – this was genuinely the only shot I got that wasn’t full of people blocking the car! This looked like something Haggard Garage would think up and it was awesome. 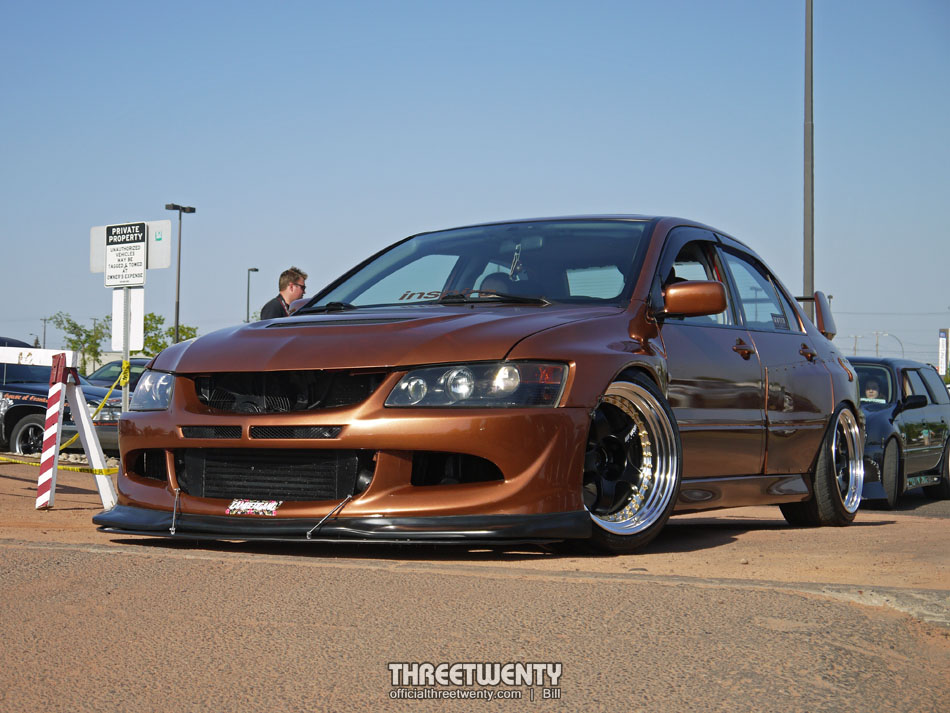 If we had to nitpick, there was perhaps one issue with the meet but it ultimately just turned into a source of entertainment! The entrance to the lot which most ended up using (myself included) was a built-up ramp with a decently sharp peak at the top. The photos don’t show it well at all but it proved tricky for a few vehicles. Hundreds of lowered cars trying to get over this naturally caused quite a traffic jam as well as almost everyone had to slow way down. Apologies to the people who were actually just trying to park to shop. Haha 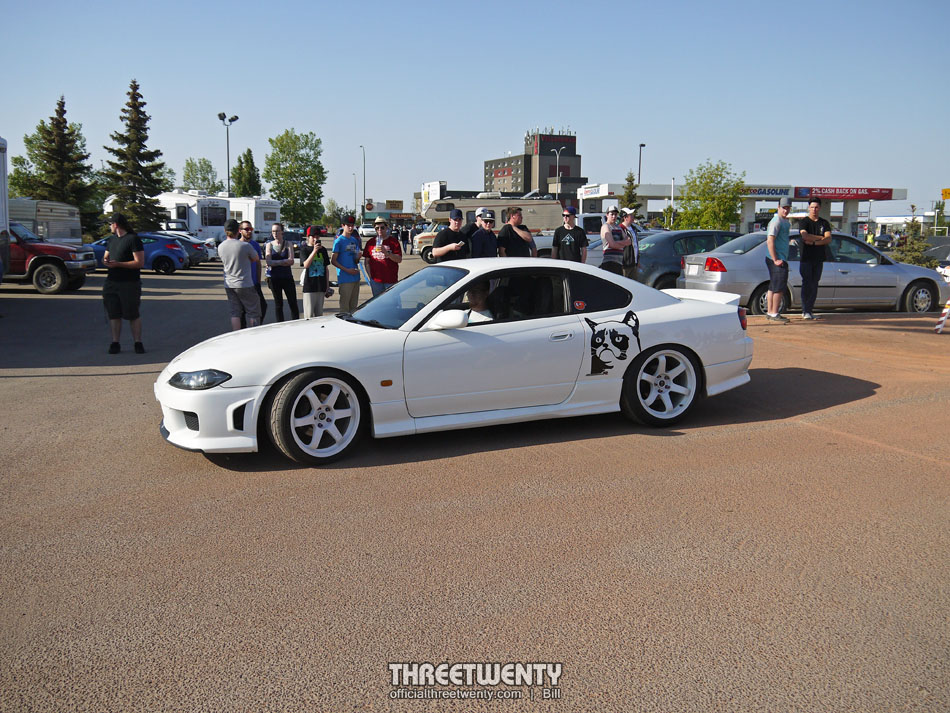 Bill sees S15, Bill takes photo of S15. You all know how this works by now.

I was pleasantly surprised to see this Grand Prix in the line of cars arriving! It was the LS-powered GXP variant as well, which was rather cool. Speaking of Grand Prixs mine was actually just pulled out of storage for the season and I’m looking forward to driving it around again. 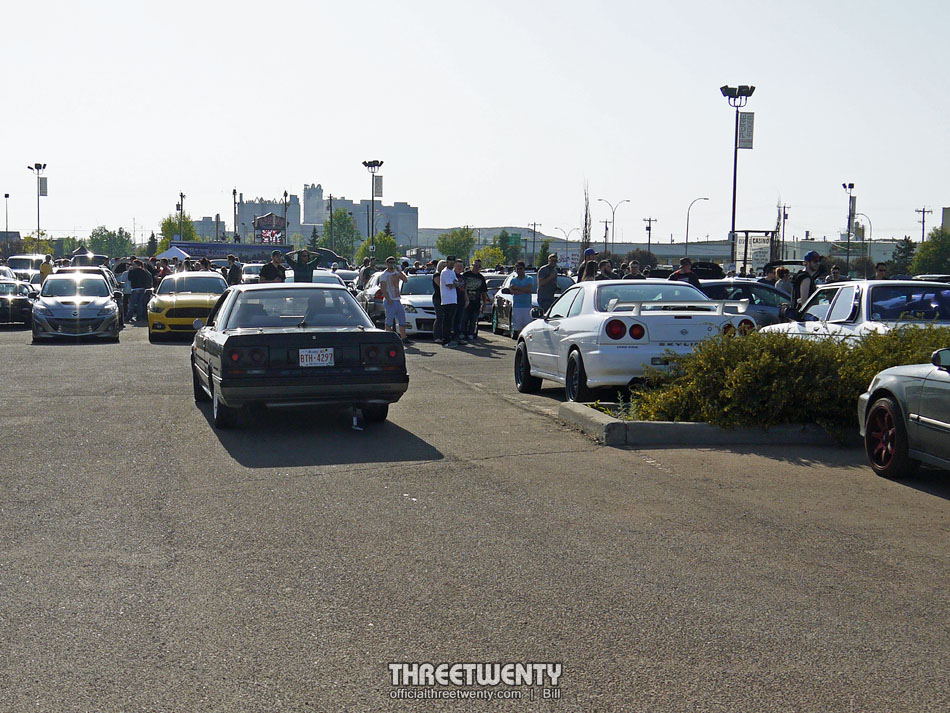 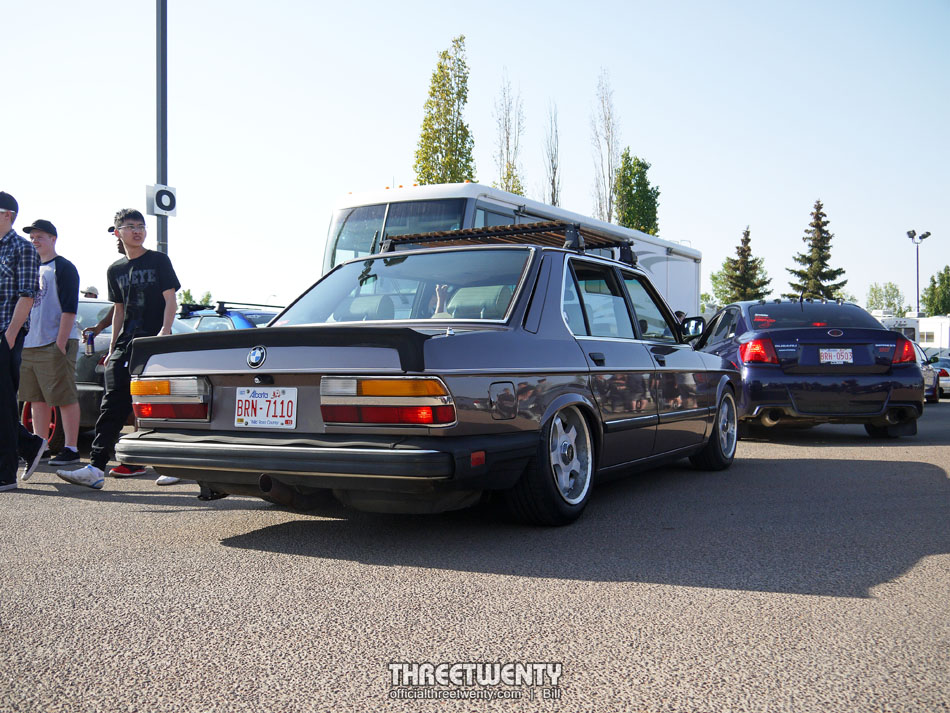 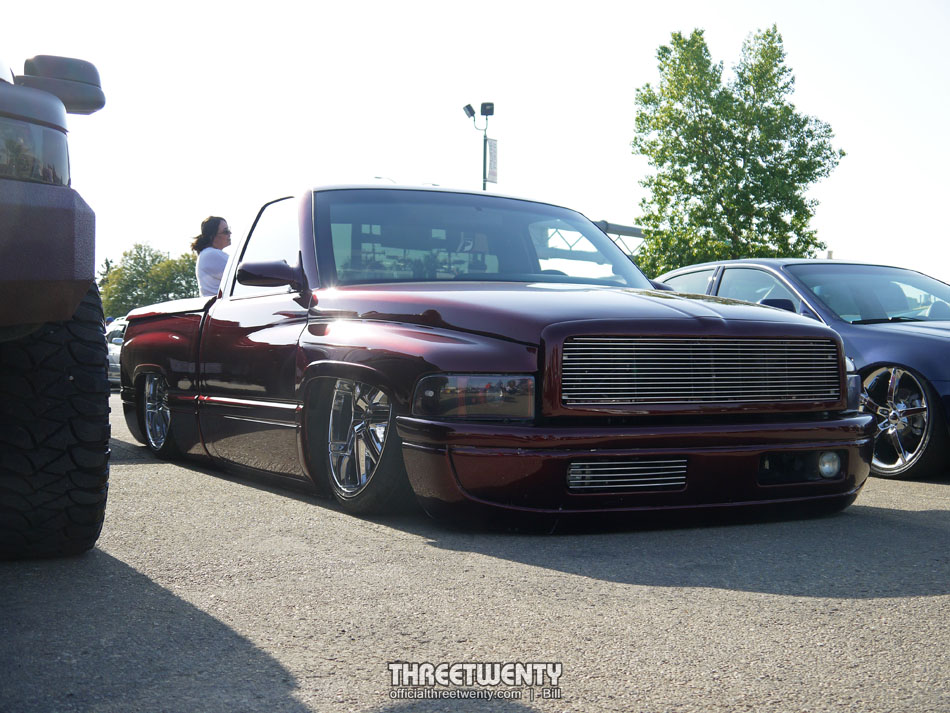 As we walked around the lot we were pleased to see a lot of variety. All sorts of vehicles were represented at the meet…

…and not all were finished either. This Harley-Davidson F150 was obviously in the middle of a fair bit of work. We hoped it was trailered in but we didn’t see one anywhere… 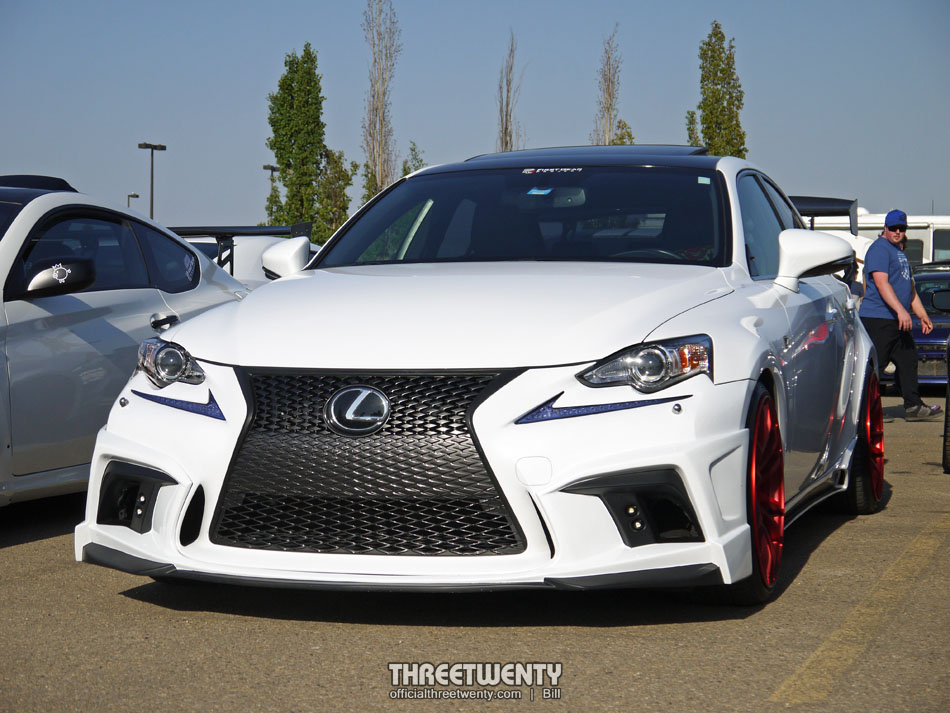 I noticed a few new-gen ISs at the opener but this was probably the most extreme. It was another car that had been shown at Driven the week prior.

As Mario and I were wandering around we naturally paid attention to the various Focus and Fiesta STs parked in the lot. This Tangerine FoST was pretty extreme, and was fairly stripped inside as well. Note the massive intercooler!

I remember Jason shooting this S2000 when it was still missing some pieces. With all (?) of the aero on it looked absolutely mental! 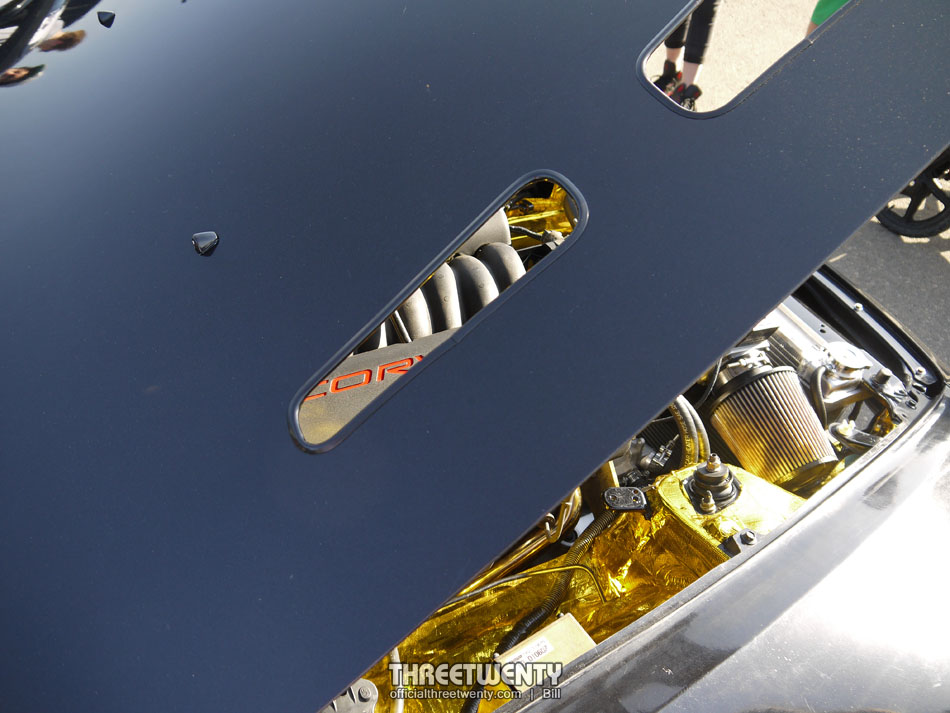 And yes, it can back up its looks! Look away purists.

I don’t recall “Nerf Gun” being one of Pikachu’s abilities.

After a curiously long time some of the guys from LOWCALS finally arrived, and I felt really bad for them when I found out what the cause of their delay was. Long story short they got pulled over and held up by the police for quite a while on the side of the highway. The full ordeal was shown in one of their recent videos and explains why when they finally arrived they had less than half of their original convoy too. 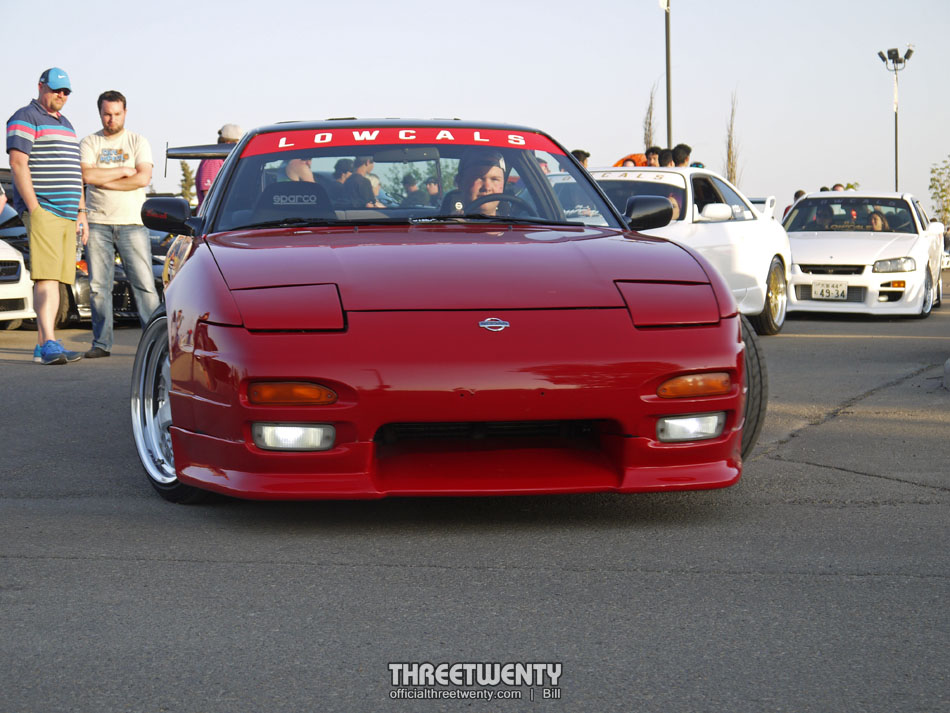 The two gentlemen in the background were surely noticing that Rob’s 240 didn’t sound like a normal 240.

Quick shot of David rolling through, as he was filming for the channel.

I’m going to wrap up Part 1 today with what was the source of a lot of laughter and smiles that evening – watching this little red Miata take on more and more people as it did laps around the lot was very entertaining. Having only two seats doesn’t mean a car can only carry two people!

There will be a second part to this coverage and then it’ll definitely be time to turn the focus to Mustard and Ketchup. Mustard of course saw some new modifications which have yet to be properly reviewed/discussed/explained, and Ketchup has seen a lot of work this week and there’s definitely a lot to explain there.