Part 2 of the 780 Opener coverage! Today we flash back to that beautiful evening in Edmonton that saw an entire parking lot overflow with hundreds of enthusiasts and their vehicles.

As I’m preparing this post I’m also putting together the full story of what has been happening over the last few weeks with Mario and Ketchup, as many people have been asking about it. The run down will hopefully answer the common questions but that’s for another day. Right now, I hope you enjoy the second set of photos from the opener! This is an event I highly recommend attending and I certainly intend to make the trip up next May as well. 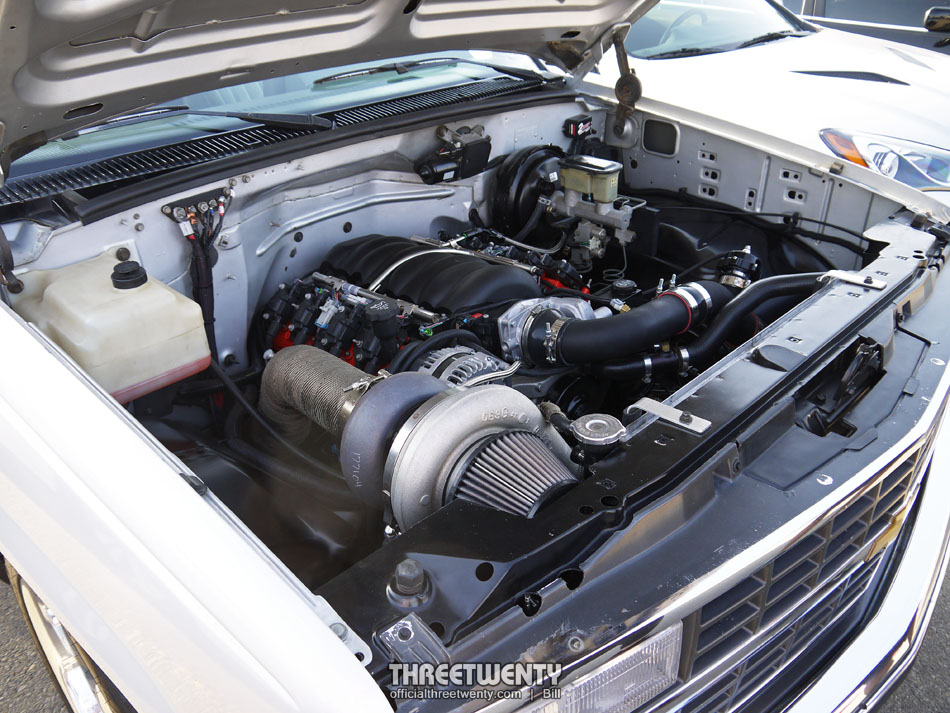 Trucks don’t find their way into my photos as often as cars, but we had to check this one out because of what platform it was. As we looked under the hood I already knew what Mario was thinking before he said it. “You should do this to the Suburban!”

This FiST/FoST pair drew our attention – as mentioned in Part 1 we of course looked over all of the STs in the lot as it was our chance to see some of them in person instead of just in photos for once.

The Edmonton police had a few vehicles on display such as this Tiburon. Totally random but I remember having one of these in Need For Speed: Underground 2. Yes, it was yellow.

There were a few supercars at the opener adding to the diversity, including this matte black 488 – the first one I had seen in person. 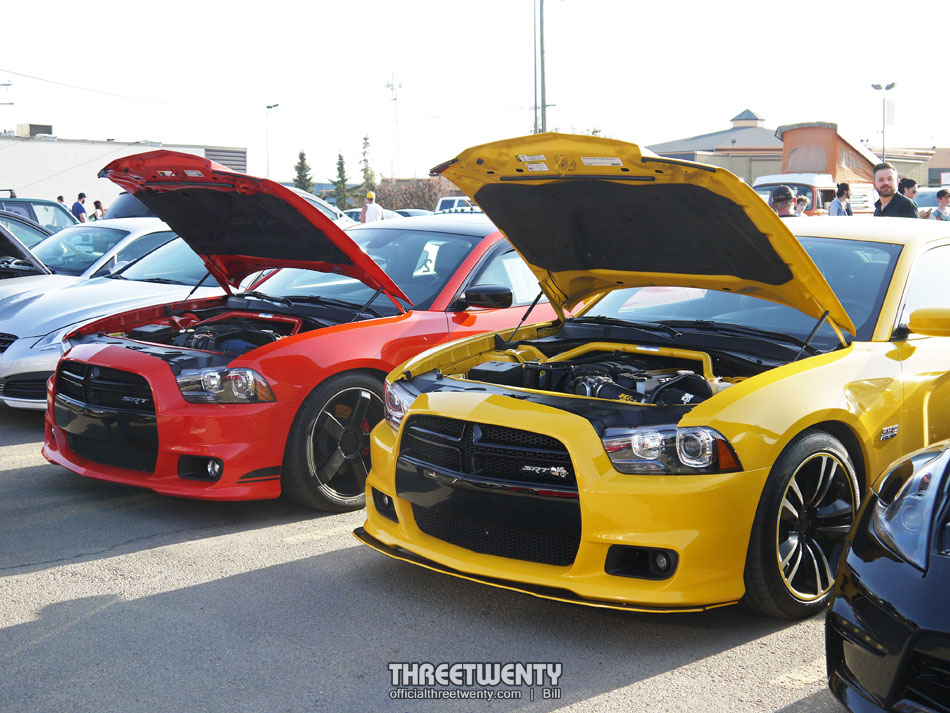 We chuckled at this. Instead of our Ketchup and Mustard, it was Sriracha and Mustard. 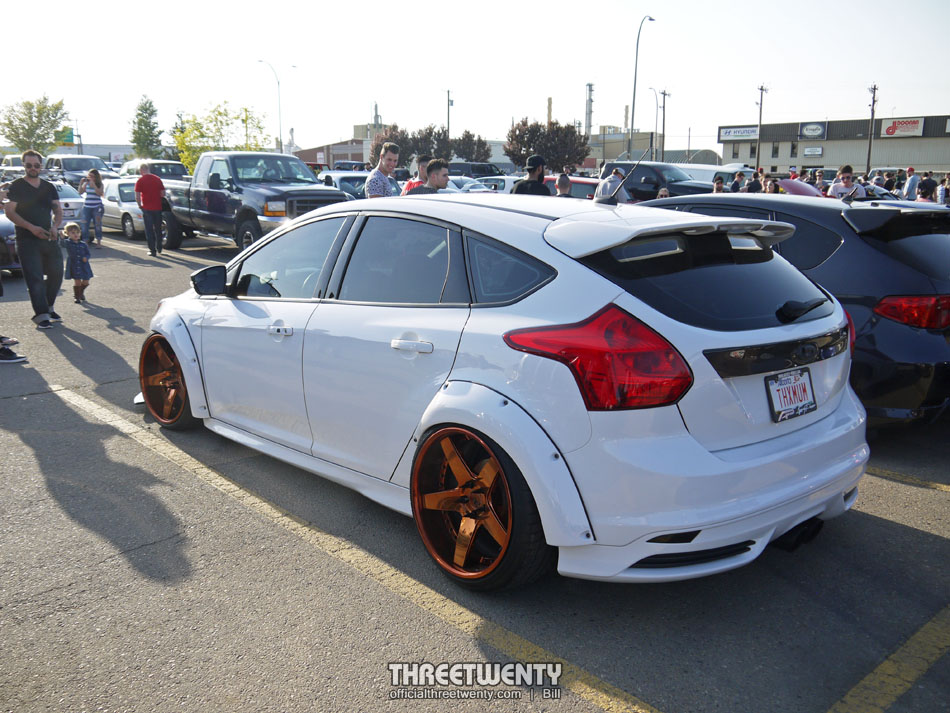 Braydon’s bagged widebody ST was drawing a lot of looks as always. 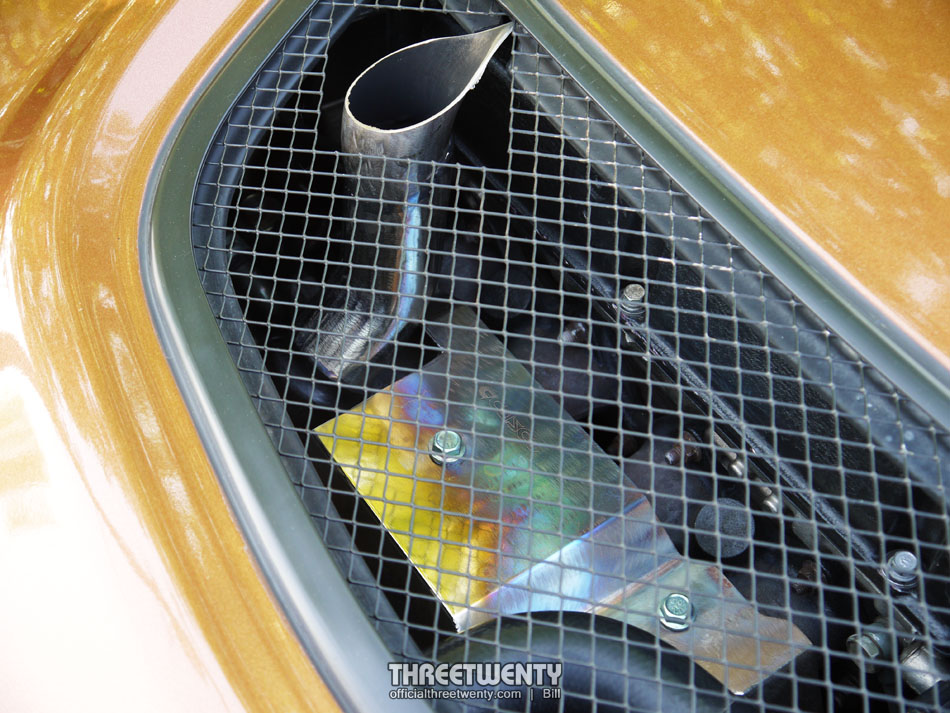 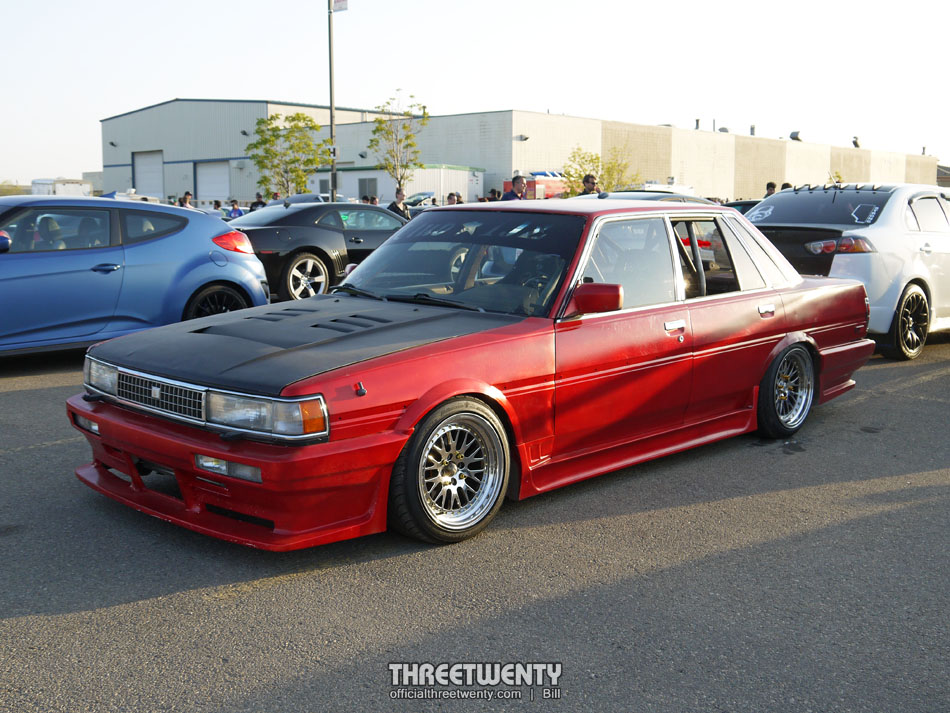 Mario and Brenda stayed for a while then headed out to visit some friends who live in Edmonton. The rest of us stayed for a little while longer before heading back to the hotel.

I rather liked this Zenki S14. The graphics were sparkle purple for that extra little pop. 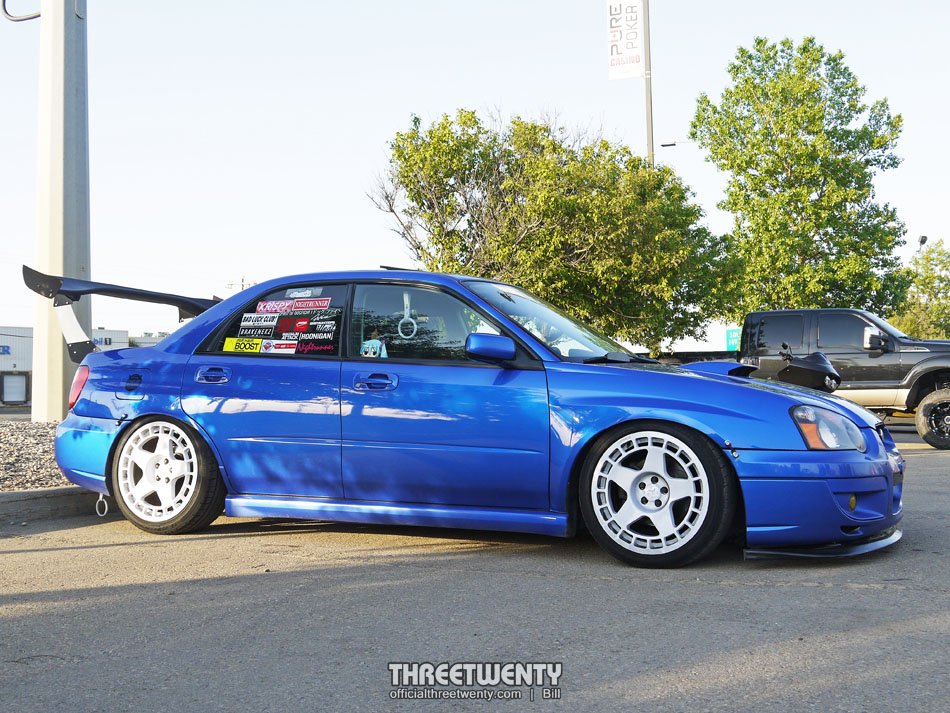 As we did our laps of the lot I even found a Turbomac buddy! 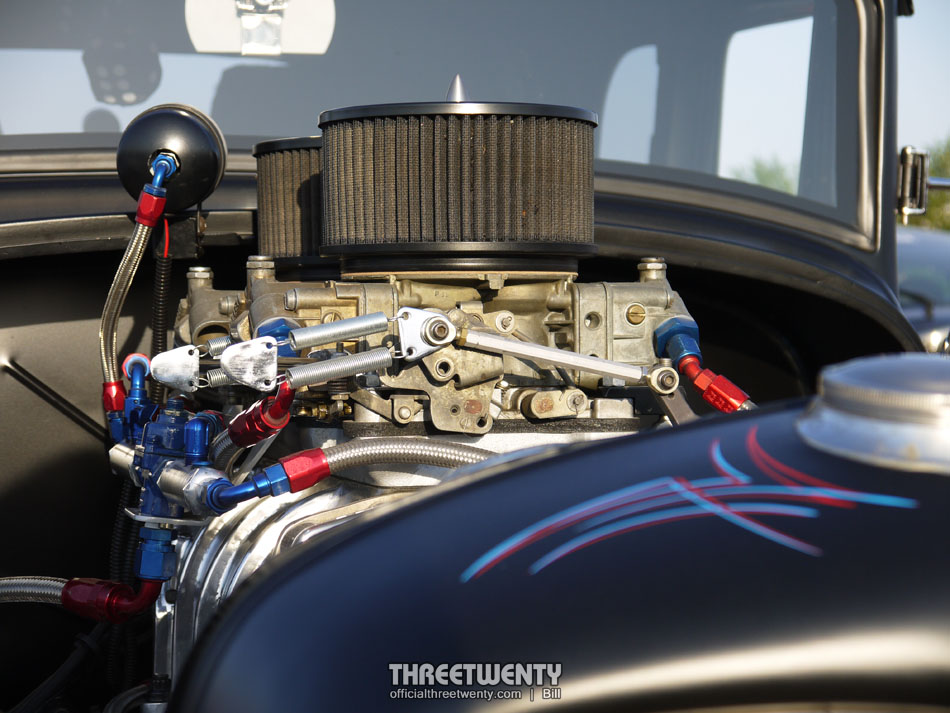 This wouldn’t have worked as well with $1 in Canadian currency.

I had to come back to this R34 later in the day in order to get this clear shot. It was truly beautiful and I saw lots of people checking it out. To say these have aged well would be an understatement. 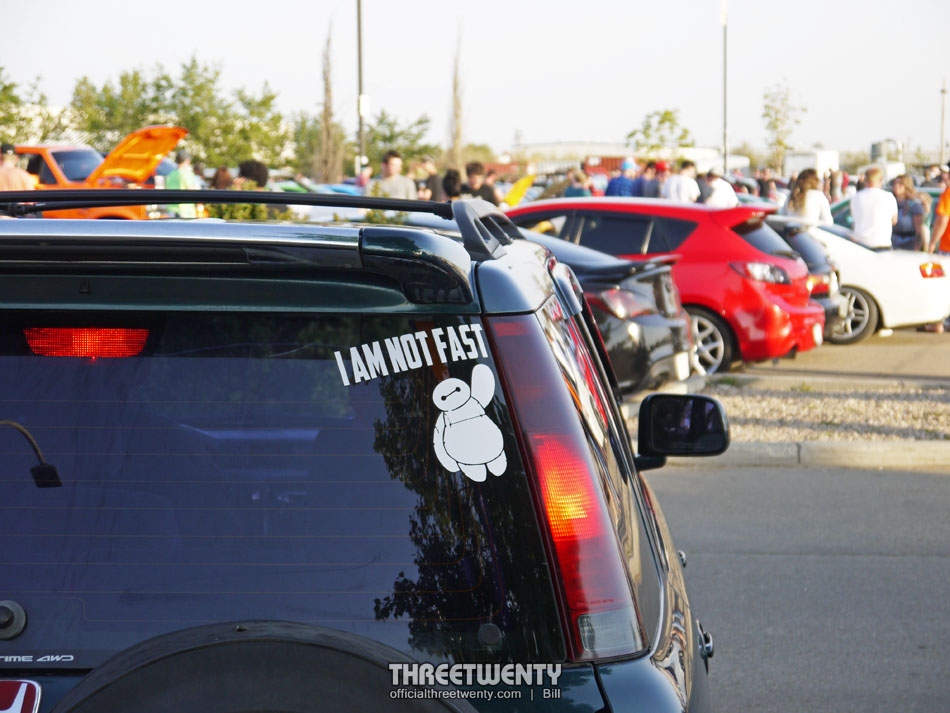 We liked the filter placement on this Celica. The headlight opening was just about the perfect size! 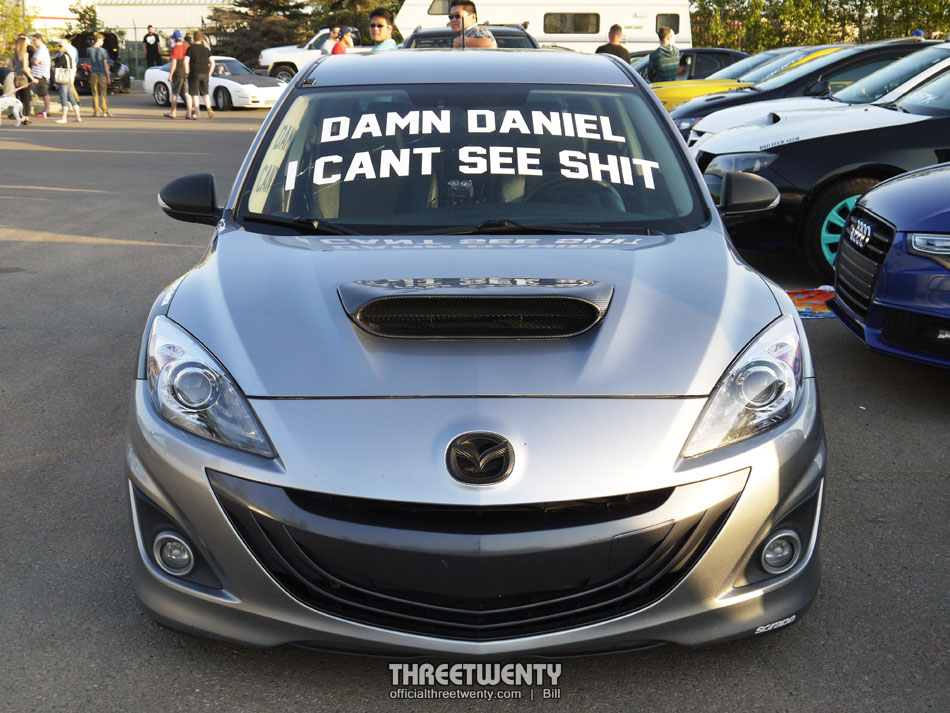 Back at it again with the white decals.

I remembered seeing this Civic at prior openers and was glad to see it out again. I’m a big fan of the colour and overall style. 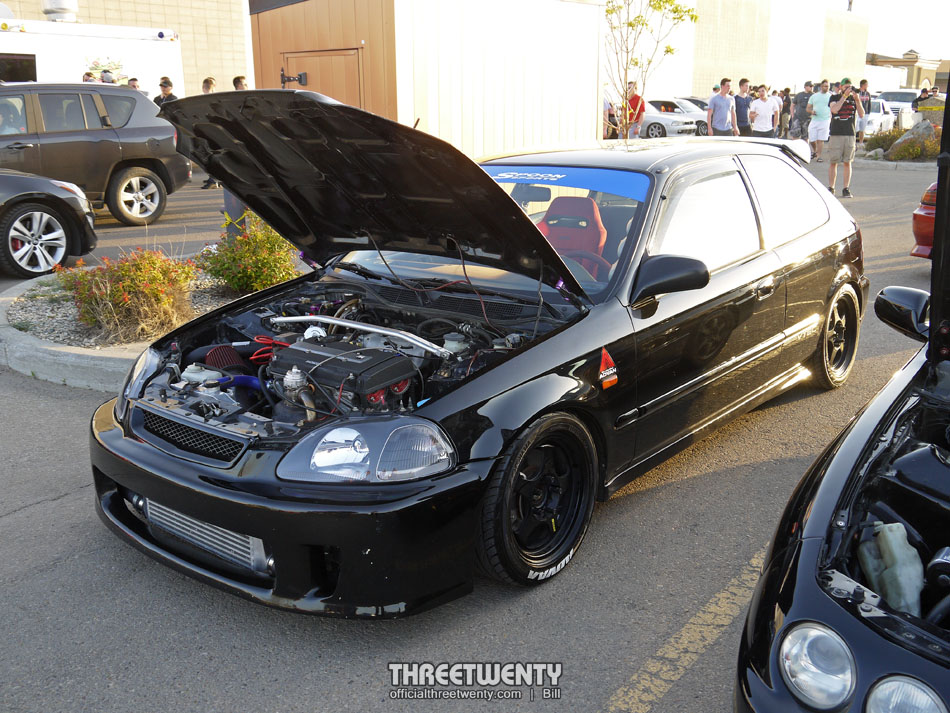 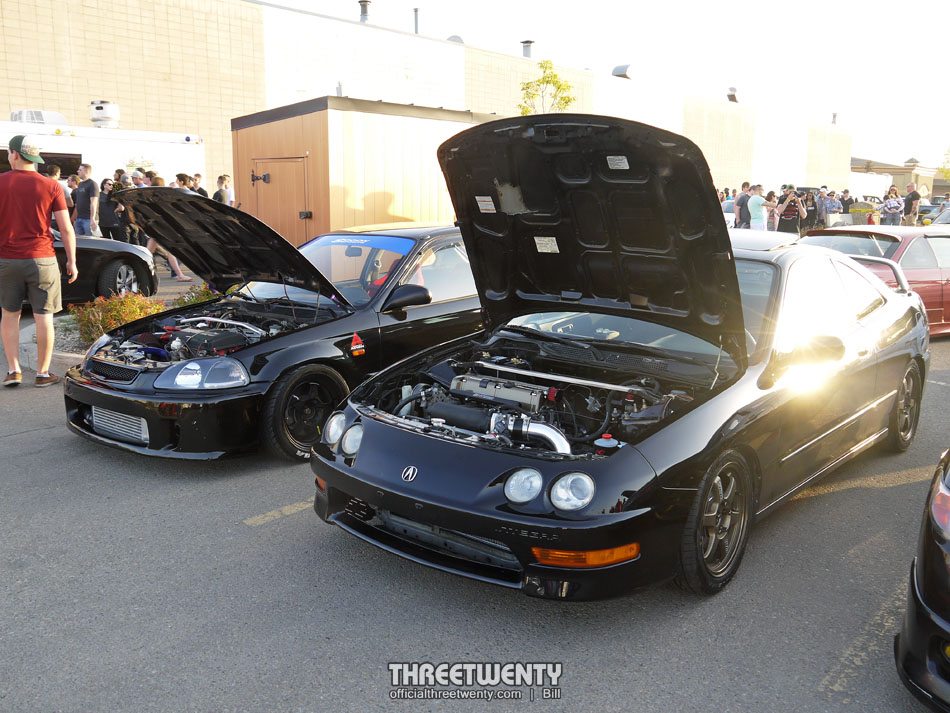 Speaking of nice Hondas, this turbo Civic was another favourite of mine and the K-swapped Integra was really tidy. 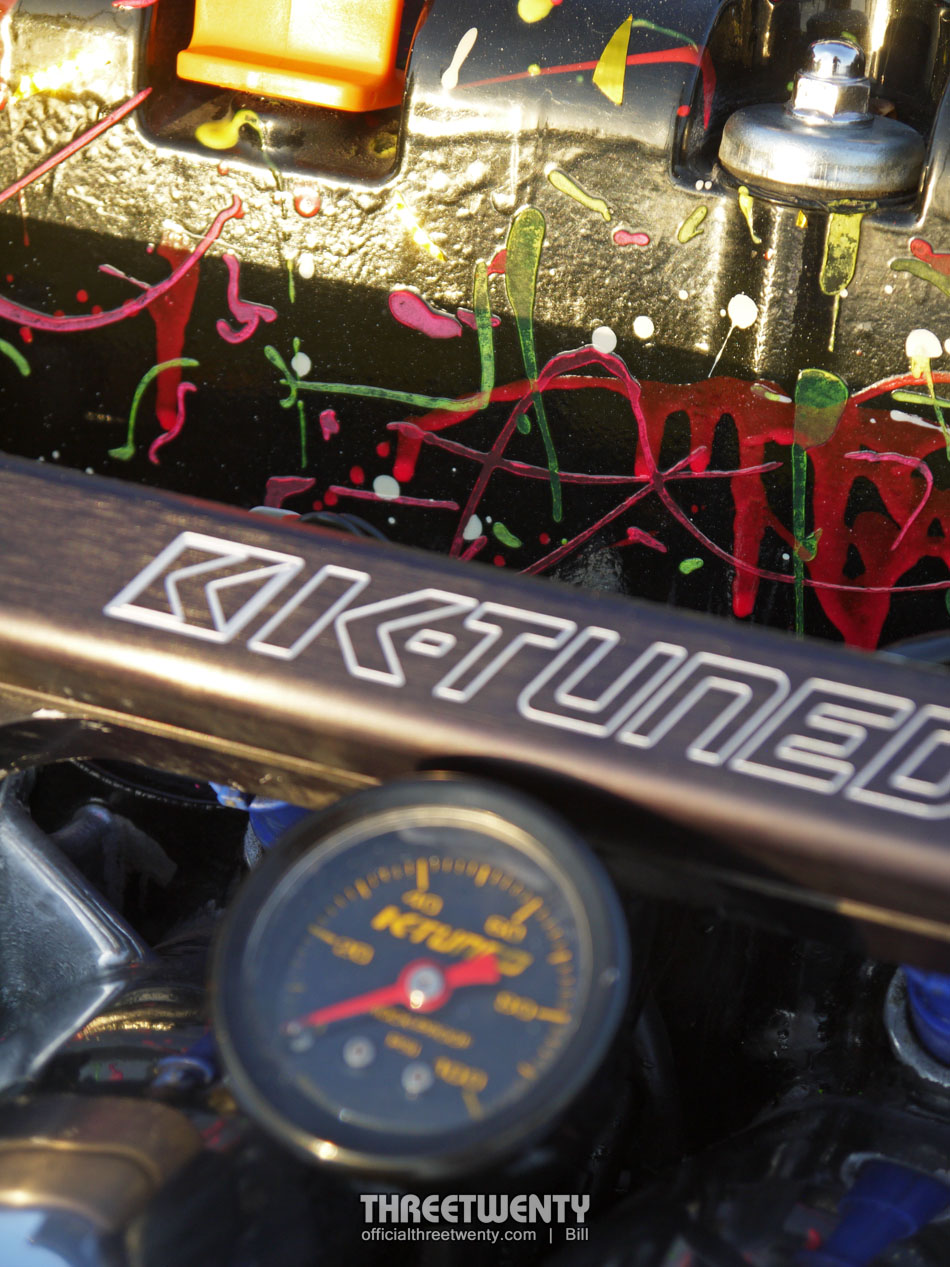 I couldn’t resist grabbing a couple of shots of this Civic’s engine. The paint-splattered valve cover caught my eye. 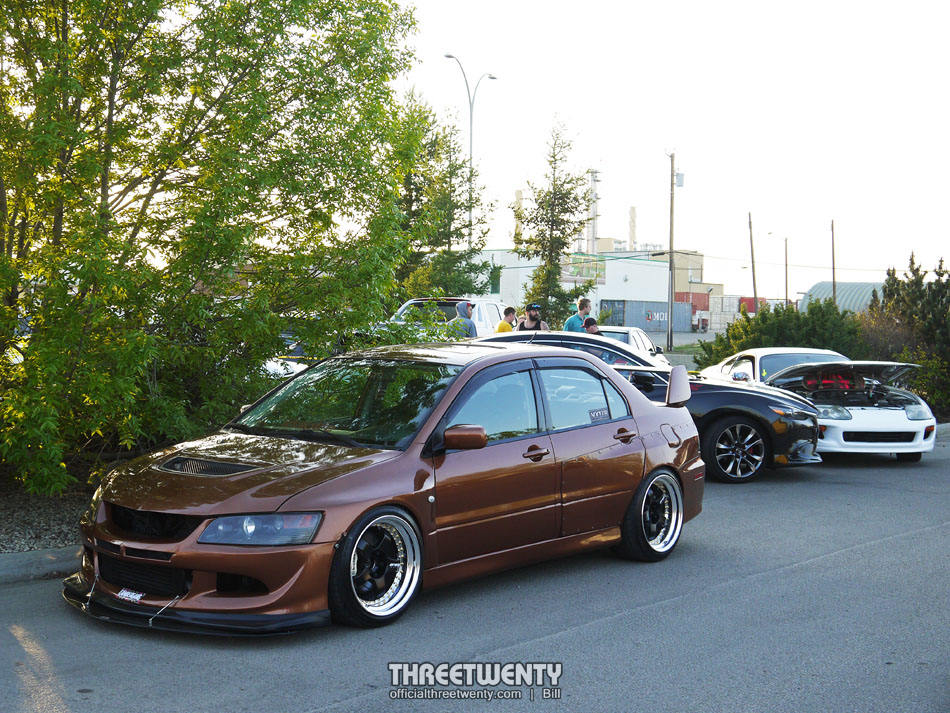 Brooks and Lindsay wound up parking way down at the end of the lot. Parking was at a premium that day!

I’ll close the coverage of the meet itself with the little Miata again because this is is likely my favourite shot from the weekend. I think it does a decent job of capturing the atmosphere of the opener. 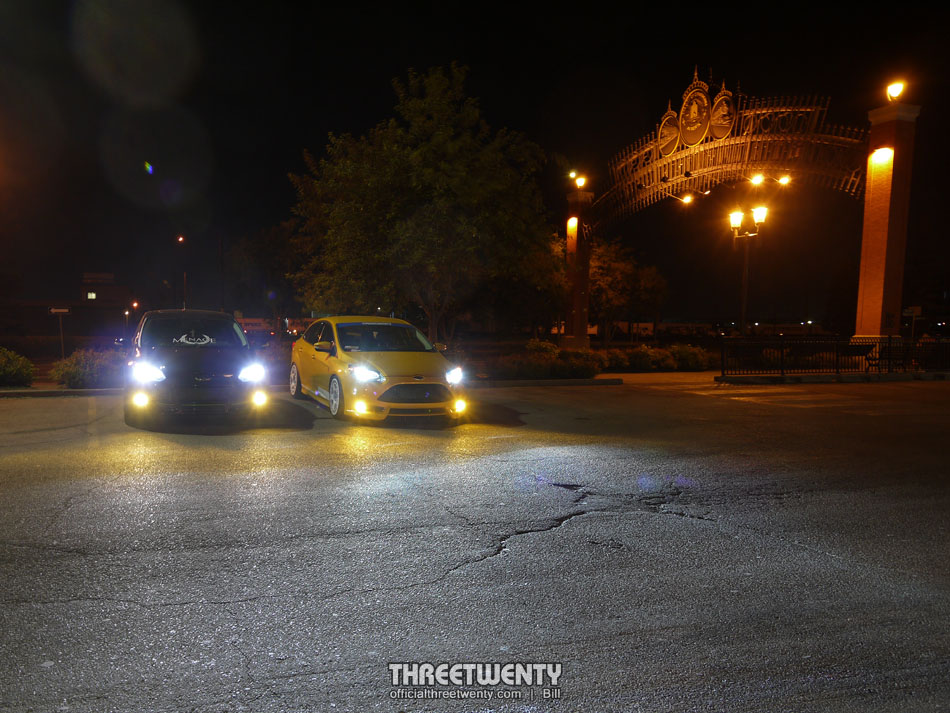 The next day we saw some of the sights (West Edmonton Mall, Muttart Conservatory) and I of course made sure to visit the hobby shop to see what they had. Late in the evening Paul swung by and we had a coffee at the old opener location, hanging out until a bit after midnight. His car had just started going through a rather significant change and I had to shoot this at the correct angle so as to not show any of it. I can’t wait to see the finished product!

Hopefully you all enjoyed this little look at the 780 Tuners 2016 Season Opener! This now brings us up to date on the content so this week we move on to Ketchup and Mustard and our (ambitious?) plans for the year regarding them. As well, Ketchup’s replacement should be here soon – as I announced on Instagram (@ officialthreetwenty) – and we’re excited to start working on it. As for what it is, you’ll just have to wait and see!