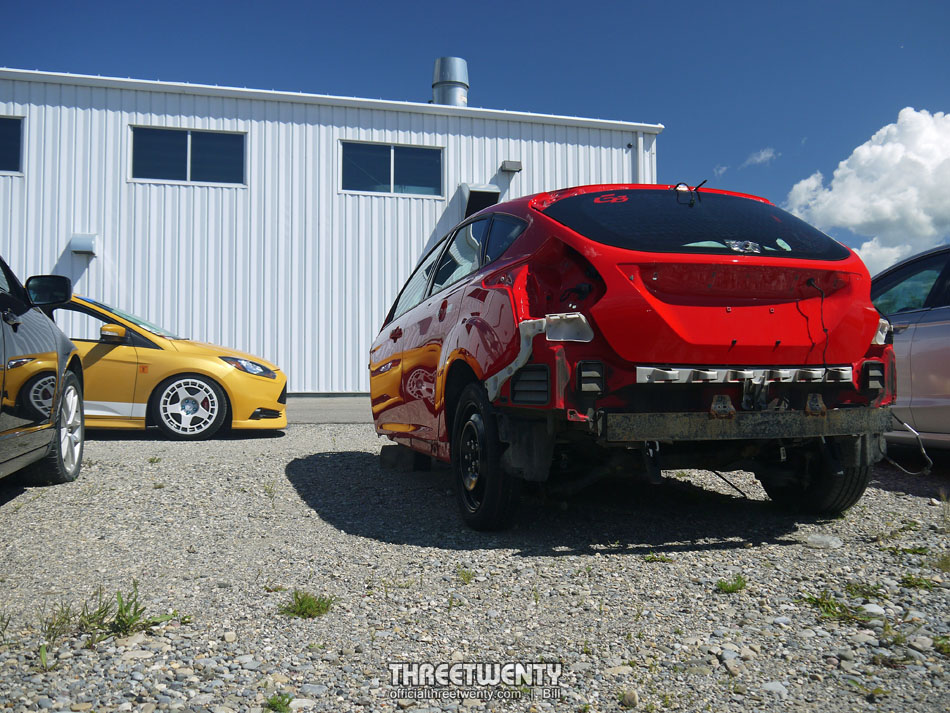 With the Project-ST.com article now up (CLICK HERE) it’s time for this one to go live too. For the sharing of the swap, the PST articles will be the main coverage with the bulk of the information, whereas this site’s will provide some additional info and a few more personal anecdotes and tales. Behind the scenes if you will…behind the scenes of behind the scenes? In any case, I hope they provide some extra insight into the process. It also will allow me to share more photos of the whole ordeal because with the number that I took, I don’t expect each and every one to wind up in the PST stories. Anything that gets left over will be shared here instead! 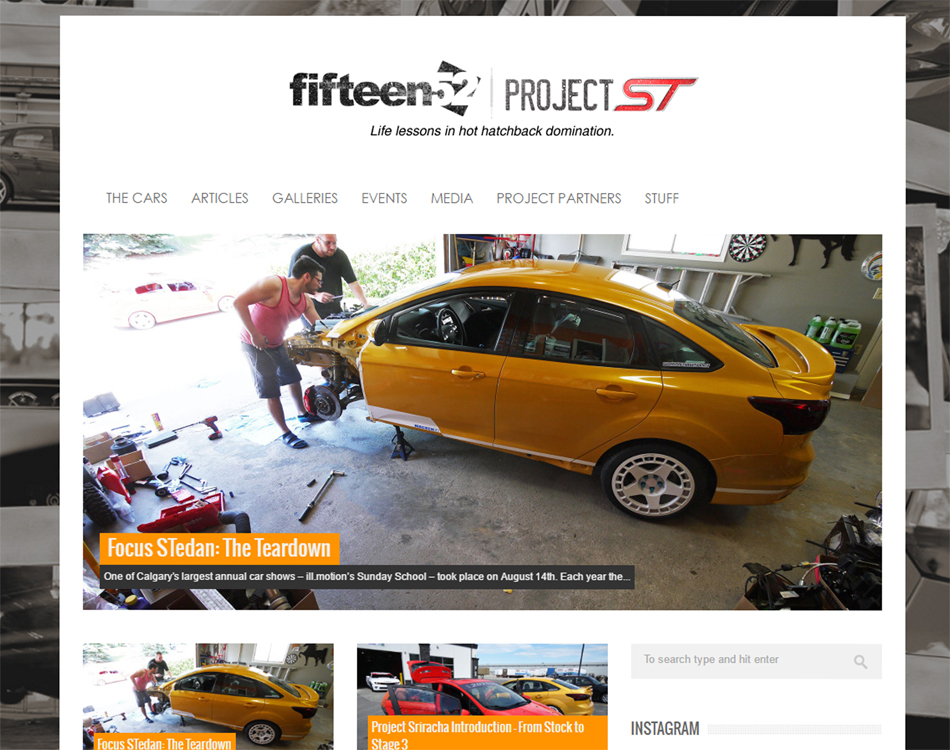 Anyway, I’ll assume you’ve read the PST article first – if you haven’t, please do so by clicking on the link I posted above! If you have, please keep on scrolling. 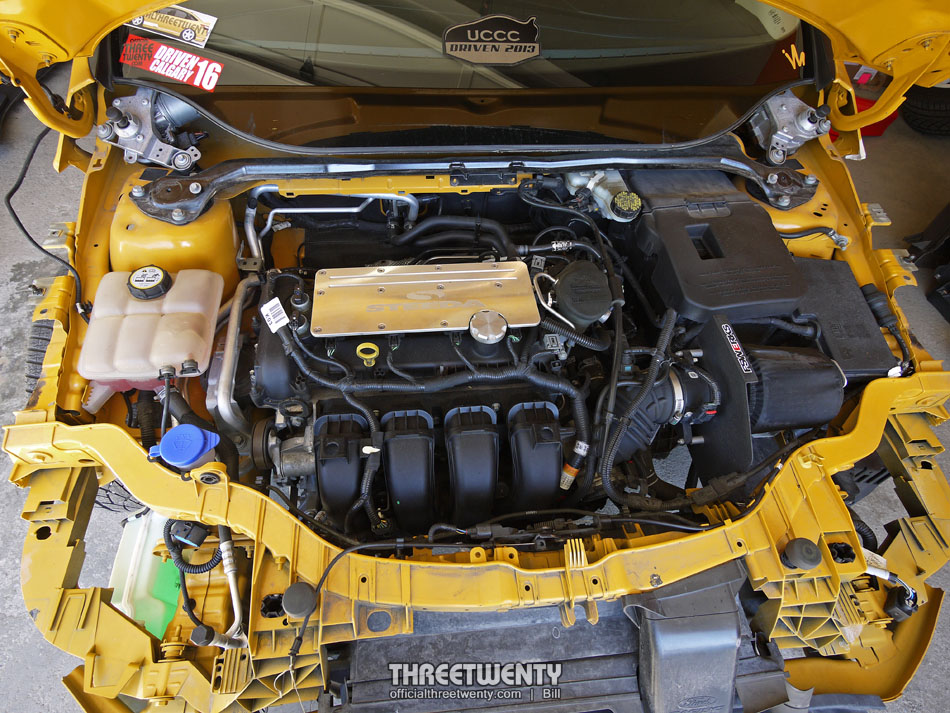 So yes, we (I) decided to begin the teardown with 16 days until Sunday School. There were of course many things to coordinate and not wanting to have the car in pieces longer than necessary the start date did get pushed back a little bit, leaving us a relatively small window to get the work done in. Seeing as how other conversions had been done faster though we were confident. Or stupid. You decide. 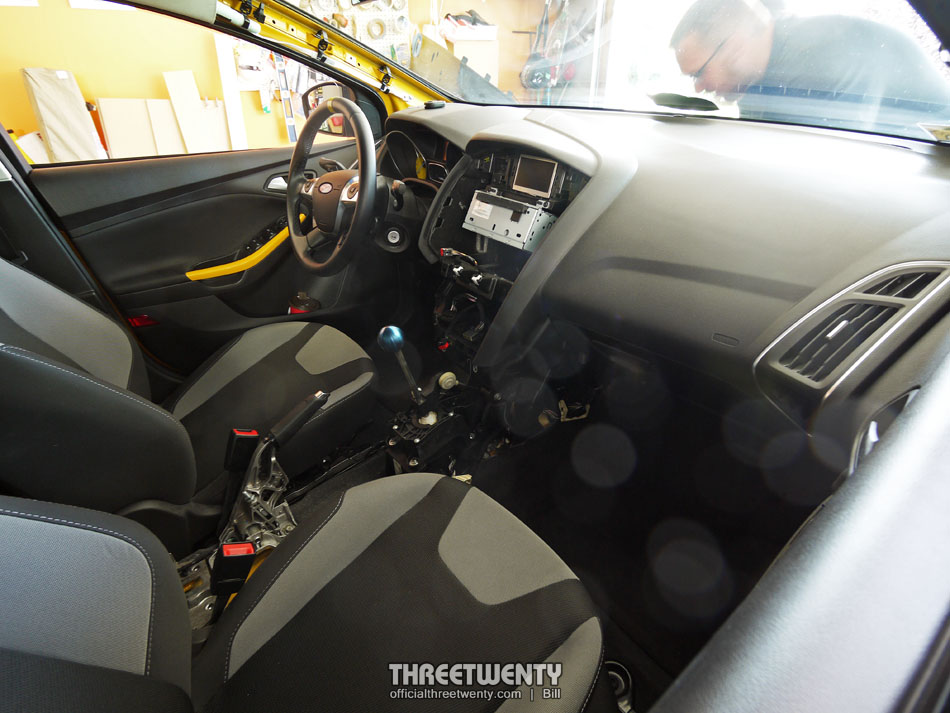 Either way, we committed to it and pulled the car apart very close to the show. In fact, one of the most common things I heard from friends when we ultimately revealed the car was “you guys worked FAST”. One even said – I believe it was Errol – that when he saw us start so late he was a little bit worried that we wouldn’t finish in time. There’s nothing like a looming (and immovable) deadline to keep you motivated though, right? 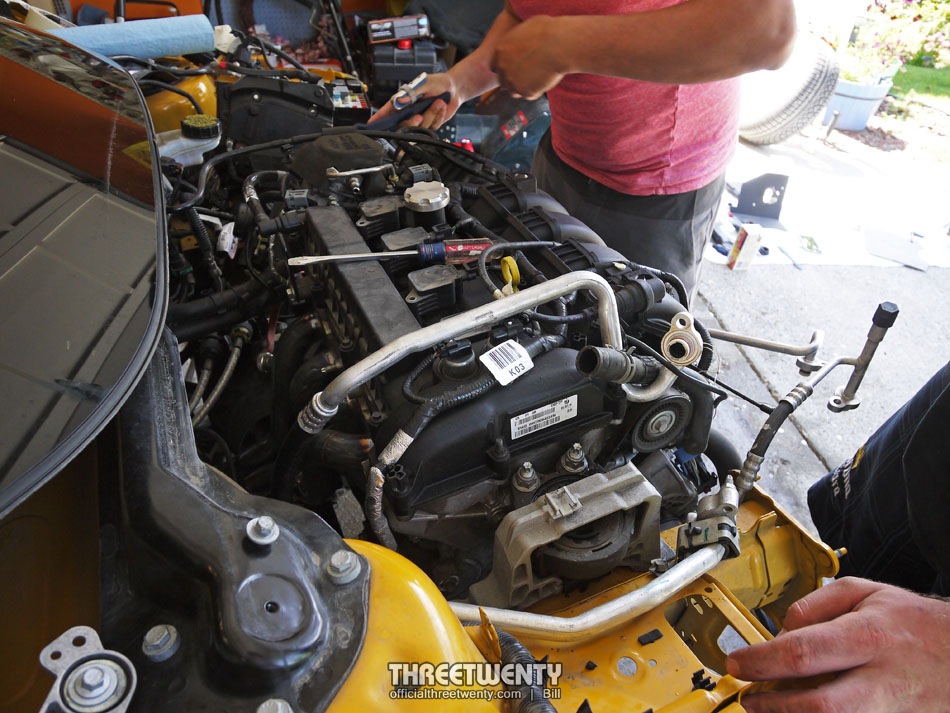 Teardown was pretty straight forward naturally because it was merely a matter of pulling pieces off, so we completed it in about a quarter of the total time it took to carry out the conversion. It also helped that we had a long weekend at the start of the whole process so we were able to really get stuck in and before long the front half of the car was basically a shell. It was the reassembly which took the majority of the time and effort because we were of course putting the car back together with parts that Ford didn’t intend for it to have, and among other things we had to get it towed to the dealership for some computer work. Therefore, that should be the more interesting part of the conversion and there are definitely more stories to share from it. Remember the shifter cable headache guys? 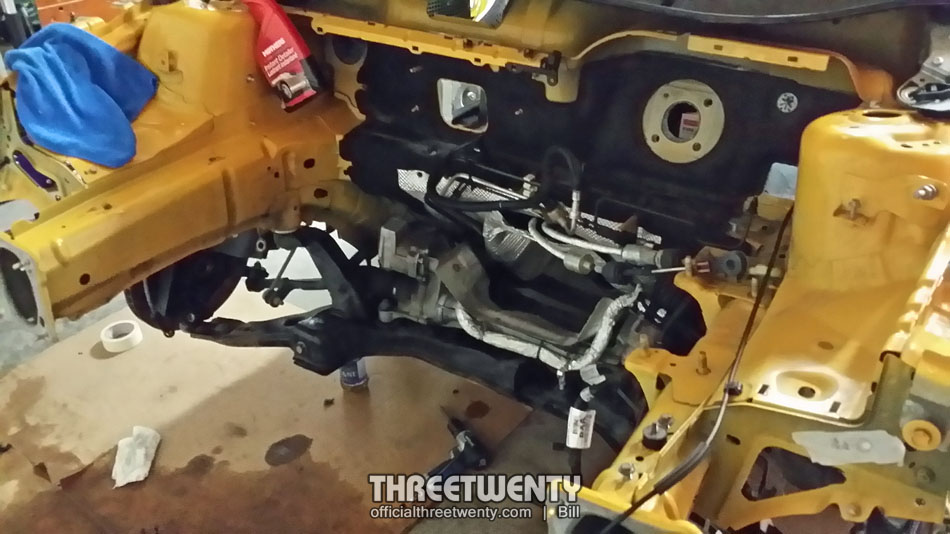 One thing is for sure though – it was definitely a strange experience for me to see the car coming apart so far. It had never been anywhere near this stripped before, nor did I ever think I’d one day see it torn down like this, when I first bought it. Then again I might have said I’d keep it stock too…something friends were eager to point out during this whole swap. It wasn’t long after I bought it that I started to tinker and once that ball started rolling, there was no stopping it. 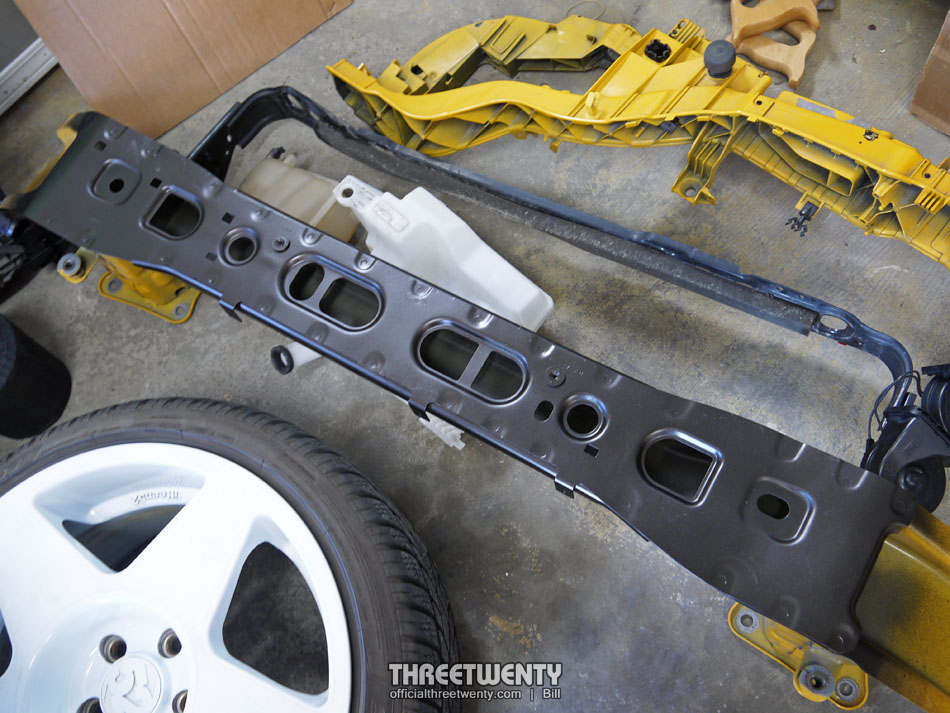 Even with the amount of work we had in front of us, there were still occasional moments where we’d have ‘free time’ – if we were waiting on parts for the car or tools to arrive for example – so we’d try to keep busy by tackling other, smaller jobs. One example was painting the crash bar, as mentioned in the PST article. Mario grabbed it once it came off and took it outside for a quick coat of black – it also just made more sense to do it while the crash bar was off of the car, as it could be safely painted without fear of getting any overspray on Mustard. 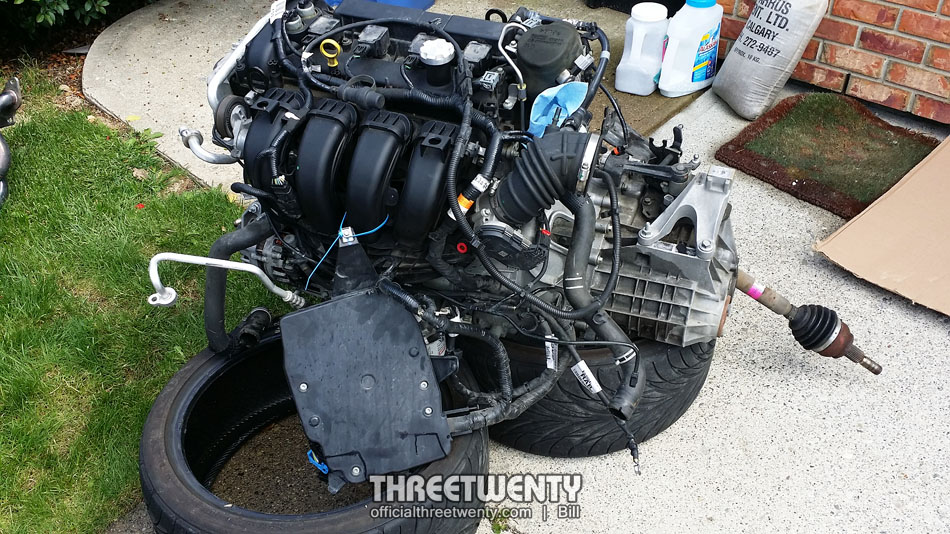 Now because this was the quickest and easiest part of the process like I mentioned there wasn’t too much more for me to discuss here today, but before I sign off I also want to share the next video that has now gone live on the YouTube channel – if you haven’t seen it yet please hit the play button below! It shows the car with its new heart and then cuts back to a couple of clips from the teardown. There are also some sound clips at the end! Just as this video waited for the second article to go up on PST, videos 3 and 4 will follow once articles 3 and 4 are live. I hope you enjoy!

As always thank you for reading (and watching), and stay tuned in the coming weeks as the next parts documenting the ST swap are published. Looking back, I’m honestly still a little amazed that we pulled it off and made it to the show on time, but that’s what happens when you have the help and support of great friends.